Accessories can make or break an outfit, just like how the final finishing touches can make or break your car build. The devil is very much in the detail and a slip at the last hurdle can either make you look like a hero, or a total zero. When it comes to safety equipment, this statement could not be more true. Scrimping in the safety department has never been a smart idea, especially if you have gone all-out elsewhere on the car.

It should come as no surprise that I am a total fan of SCHROTH Racing. I’ve used their harnesses in my personal cars for almost 10 years, and as an appreciator of all things technical and built upon heritage, it doesn’t get much better than the SCHROTH brand. After all, they’ve been producing safety products for top-level motorsport for almost a century.

To put the cherry on top, SCHROTH pops up in some incredible archive images from the greatest periods of motorsport in the best cars going. This makes the S-C-H-R-O-T-H lettering running down a harness an evocative thought. But what is it about the product that makes it a manufacturer-favourite for both racing and track-day-special production cars?

Of course there is no straightforward answer to that question, but I’ll give you some cool facts that might shed some light on it.

The origins of SCHROTH go as far back as 1946 when the master seamstress and husband duo, Hildegard and Carl Schroth, set up the company. They developed the first German car seat belt in 1954 in the shape of a shoulder harness. This was a really forward-thinking idea, as the motor car had really only begun to take off as a ‘normal’ thing.

The company’s obsession with automobile safety continued into the 1960s where they pioneered early dynamic crash testing with the use of crash test dummies. As a result, SCHROTH were ahead of the game when it came to answering the growing concerns in motorsport safety during the 1970s. This is why you see so many of the ultra-cool, grainy 1970s and ’80s race car drivers sat in iconic car cockpits wearing SCHROTH. Today you’ll find SCHROTH in everything from passenger aviation to Formula One.

We’ve taken a look at how to fit harnesses with technical advice from SCHROTH before, so I thought this time we could look at the style and quality of the product itself.

In building my E92 M3, I looked straight to BMW for inspiration. Their ultra-exclusive (read: really, really expensive) BMW M3 GTS is the absolute ultimate BMW M3 in my eyes. Yeah sure, the M3 CSL may have broken new ground, but the GTS has a stroked 4.4-litre V8 and a roll cage and you can’t get cooler than that.

Coincidentally, BMW chose SCHROTH for the harnesses in the M3 GTS. This meant it was a no-brainer for me to do the same.

First though, I had to source the right seats and something to hang the harnesses on. For me, the seats had to be the GTS Recaro Profi-SPG XL. That’s a bit of a mouthful to say but is a hell of a seat.

The XL part is important not only because I am a big boy (95kg and 6ft2), but I would also be sharing the car with my brother and friends at track days. The Profi-SPG XL has larger-than-normal harness holes on the backrest, and this allows it to fit a wide range of body shapes without stressing the seat. There’s about three inches tolerance in shoulder height, so they are really well suited to fit a variety of torsos – an important consideration if you share your car with other people.

The Profi-SPG XL proved to be a difficult seat to source, but thankfully Capital Seating were able to help. Capital Seating are the UK distributor for Recaro, so they should have been my first port of call. Instead, I learned the hard way. They are also able to get special edition seats and hard-to-source spares. This is definitely a contact I will be keeping handy for future builds.

Before I knew it, two beautiful perlon velour perches were waiting for me on a pallet at home.

With seats in place, I needed somewhere to hang my harnesses. It’s a running joke in my friendship group (read: WhatsApp group, I don’t have friends IRL) that rear half-cages are just there to drape harnesses over and stick GoPros to. While I’m inclined to agree – because I never intend on using the rear cage to support the roof in a rollover – I wanted something lightweight and functional.

Scrolling through Instagram I found Mumbray Motorsport‘s blue E92 M3. It was pretty much what I was looking for, so I got in touch right away about a similar conversion for my car. Paul Mumbray has become a friend of mine ever since, and luckily his workshop was only about 17 miles from my house.

Paul is one of the very few people to work on the car beside myself, but his installation surpassed my expectations. The T45 half cage in satin black works perfectly and integrates to the rest of the cabin like it was there from factory. While in the car he added PS Designs harness adaptors to the seats and a submarine bar to attach the fifth and sixth points of the harness to. A full Alcantara rear seat delete and GTS-style armrest complete the preparations inside the car.

As you can tell, I quite like the colour black. So the harnesses had to be black. My one concession to colour is the bright yellow SCHROTH Racing logo on each of the shoulder straps. This black and yellow combination harks back to the motorsport images from yesteryear that I love. It is possible to order other colours including the blue that comes in the M3 GTS, but black is a good point of difference and means I’m not biting the GTS’s style too much.

I chose the SCHROTH Flexi 2×2 as they are specifically designed for use with frontal head restraint (FHR) systems. I use SCHROTH’s SHR Flex which I have talked about at length before in this post.

With the SHR and harnesses in place I feel much more connected to the car, which is important to remember. It’s not just a safety improvement as you are basically strapped to the chassis, and that results in feeling much more information. You know what the front and rear axles are doing. Speak to anyone who likes to drive RWD fast and they’ll tell you about driving with your butt; you can get an almost pre-emptive sensation of grip giving way through your posterior. Sit on a comfy OEM seat while swinging around on a normal seat belt and this six-anus-sense becomes somewhat dulled.

Flexi 2×2 has an easy-to-use pull-up/pull-down adjustment system, which makes it great for cars that carry different people regularly. There’s nothing worse than fiddling with a harness in a fire-up lane and then being uncomfortable for the first few laps and adjusting straps on the straight.

In a race situation you have the luxury of preparation; at a track day – especially when running a session day – you might not have long to hop in and get going. I can get seated, adjust and get on track in under 60 seconds. The rotary buckle serves as the central point for the two lap and two shoulder harness points to plug into. It’s really intuitive to use and doesn’t need much explanation for passengers to get on board with.

With a name like Flexi you’d expect flexible mounting options, and in this respect you wont be disappointed. The box comes with just about every piece of hardware you’ll need to mount it in almost any car, plus a handy installation guide. For the shoulder straps, you have the choice of clip-in or wrap-around mounting.

Each has benefits and the choice largely comes down to if you want to remove the harnesses quickly for road use or not. In the M3 I chose to wrap the shoulder straps around the cage and then tie up the excess with cable ties.

With everything fitted up I’m really pleased with the result. I’m in good company, too – Porsche chooses SCHROTH for their ‘GT’ series cars and BMW made SCHROTH available in the M3 GTS and later the M4 GTS. I like to think of my car as a bit of a GTS-minus, maybe a GT with a lower case ‘s’ – a GTs, if you will. It’s not got the stroker engine but it’s taken weight loss and handling improvement beyond what the GTS did.

I feel like it can be really easy to make your car look very ‘tuner’ when adding seats and harnesses, but I think I’ve succeeded in something of a homage to OEM. You might disagree though, let me know what you think in the comments. 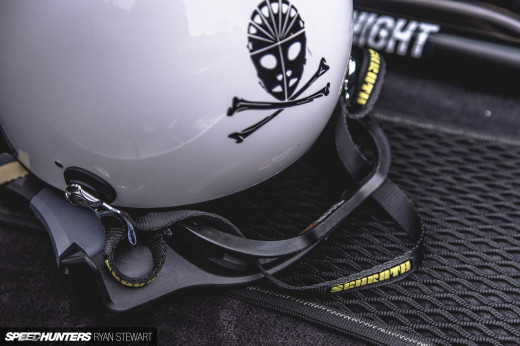 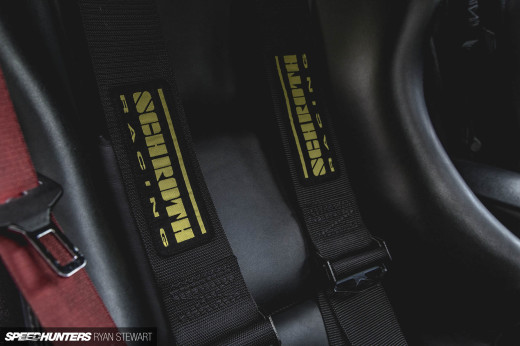 TAKATA Racing only made seat belts and totally separate division ONLY making 4, 6 point racing harnesses. TAKATA Racing never made air bags, or factory seat belts like the parent company TAKATA did. TAKATA Racing never had any issues and you should never feel unsafe in their crash tested belts. All the JDM heads still love TAKATA belts and unless you are a JDM enthusiast just get a Schroth belt because it truly is the best in it's category.

Basith, is that the same Takata that put millions of air bags in Hondas and killed like 50 people with scrapnel? Hope not! Just asking.

For a time at least their products were practically identical just with differing branding.

I think it looks great, I need to take the same leap on my E92 M3. The set of safety equipment seems to be best done all at once and is a big snowball of P&L. I covet the BMW Motorsport GT4 and GTS endurance racing spec all aluminum water pump. Metal impeller instead of plastic

I think i nearly choked on my sandwich while falling off my seat when i saw that e92. A great example of how doing things the proper way always looks great!!!

Quality Ryan, taken a lot of inspiration from yourself and Paul M for my build.

discount code would be good ?