SHARE The Quail, The Best Show During Monterey Car Week

If there’s one event that sums up Monterey Car Week as a whole, it’s The Quail, A Motorsports Gathering.

Year after year, I’ve heard consistent vouches from friends and enthusiasts throughout the web exclaiming how extravagant the show actually is. Bottomless champagne for everyone, numerous options of lunch catered by world class chefs, and an assortment of vehicles from every motorsport segment that you can wrap your head around. These are all key elements which play a significant role in building the reputation that The Quail is portrayed around.

With that in mind, I figured I’d attend this year to get a scope on what all the hype is about.

If I’m honest, I went into this event with a bit of a bias since almost every show during Monterey Car Week promises a wide variety of vehicles on display. Though that may be true – even with brand-specific shows like Werks Reunion – nothing comes even remotely close to what I witnessed that Friday morning.

We started off bright and early, managing to capture many of the display vehicles being prepped and staged prior to the doors opening to the spectators. Modern supercars, coach-built one-offs, prototypes, pre-war cars, and even concept vehicles all found their way to the perfectly-manicured golf green.

Every aspect of motorsports culture was captured in one venue, at one time. It was absolutely out of the ordinary and unlike anything I had witnessed before.

With this much variety overwhelming my thoughts, I could find myself writing a book about what makes each and every car on display as special as it is. But instead of boring you guys with a novel, I figured the best way to do the event justice would be to give you a visual walk through. So let’s dive right in…

Quite an array of vehicles, isn’t it? This is precisely what I was on about with the diversity amongst this display. Where else could you walk through 10 Koenigseggs while looking afar, only to see four McLaren F1s staged next to three EB110s, all while sipping on the fancy champagne given to you at the entrance? It’s quite the experience.

Exotic dreams aside and coming back to reality, I found The Quail to be everything it was known to be. The display was impressive, the crowds were massive, and it was truly an experience that no other show could give during Monterey Car Week. But as all good things have it, there are drawbacks, too, the main one being the entry price.

At nearly US$800 per ticket, most people find it difficult to justify spending so much money to attend a show, and that’s a big problem. Because when you really think about it, the entire culture around Monterey Car Week is supposed to be about enthusiasts coming together.

Instead, the hosts of these events are out for exclusivity. I get it, it’s all about building that reputation, but really, they should be focusing on inclusion, allowing everyone to have a memorable experience in which they otherwise wouldn’t have had. There are other things to consider, and I’m not saying let it be free, but a more realistic price point would be a great start.

Opinions aside, though, if you can justify breaking the bank for a single event, this would be the one to do it at.

Unless you’re like the rest of us and would rather see iconic cars going around a race track, which in that case, you’ll probably be better off focusing on Rolex Monterey Motorsports Reunion…

$800???Holy cow when I worked there nearly 10 years ago it was free, then $100. I remember after the show is over, Id get a ton o free car memorabilia from key chains posters, shirts, die cast model's that they would leave. Oh I miss working there!!plus the groups of sugar babies looking for rich men. So off track here.....great article lol

haha! those days are long gone my friend!

Just stunning, the venue and your pics.

Thanks just read 80 seems to be a Glickenhaus

Another one i missed: Pic 62
MG or Jag ?
on the other hand doesn´t matter,the look is just perfect

It's the f***ing Catalina wine mixer!

For $800 a ticket there had better be AT LEAST some booze and strippers.

Gotta love how Americans are so ready and willing to pay to keep up with the Joneses...

There’s still PLENTY of places where simply no one would show up.

Hate to break it to you, but this isn't an "American thing" - plenty of other countries have pricey fees to attend their concourse shows. Also, just on a side note - it isn't anything to do with "keeping up with the Joneses."

Apparently you are missing PLENTY of the point regarding the entry fee. Lol.

I know what car is my favourite across that bunch! Raaaacccceeeerrrr DDDDDDDDDD 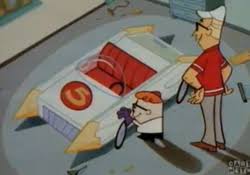 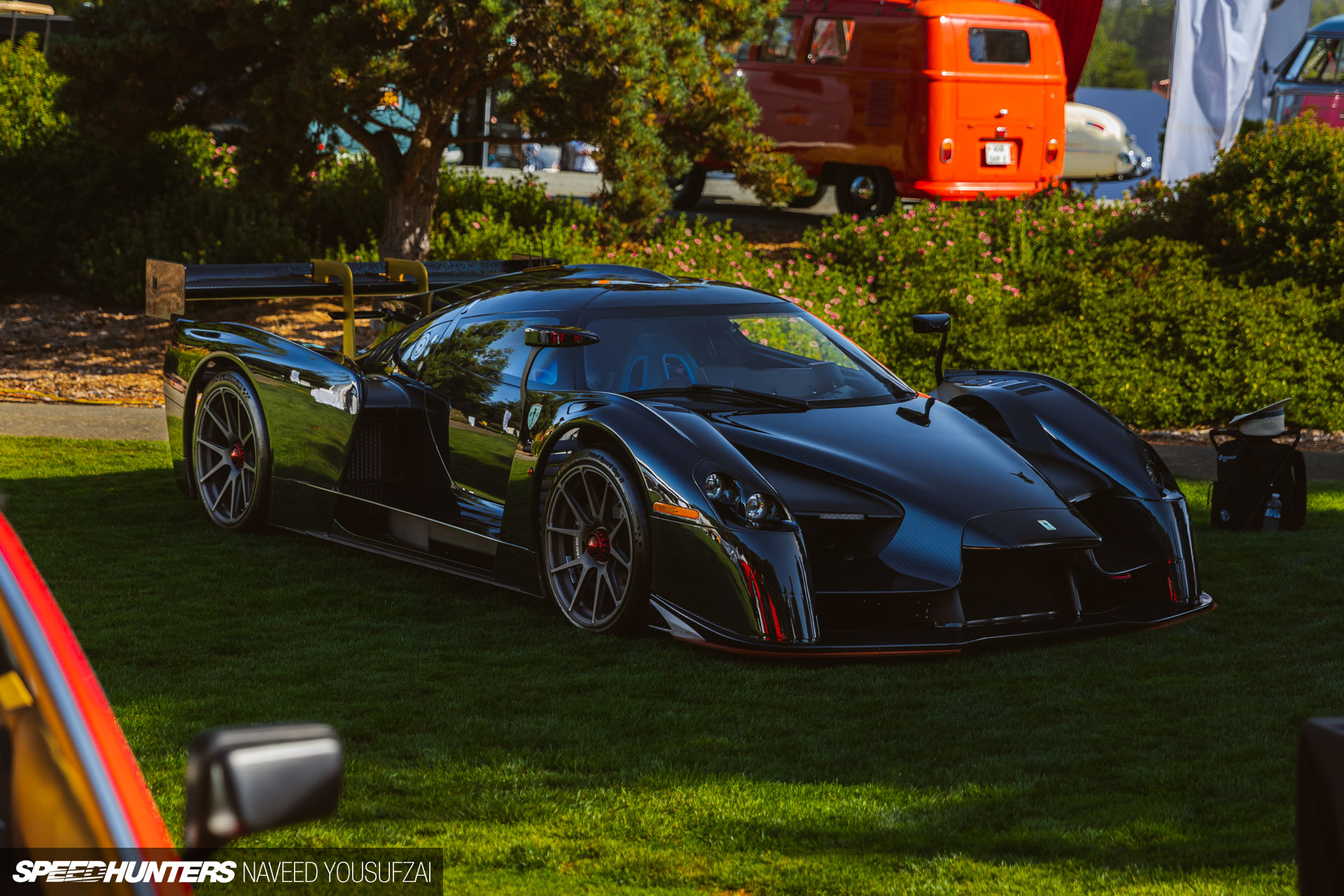 no, but you’re close ish. that’s a race car from james glickenhaus, who commissioned an ugly ferrari 1 off (recently one upped by de tomaso) and then raced similar looking ferrari’s based on 430s. when the ferrari love dried up he made his own car, which is that one 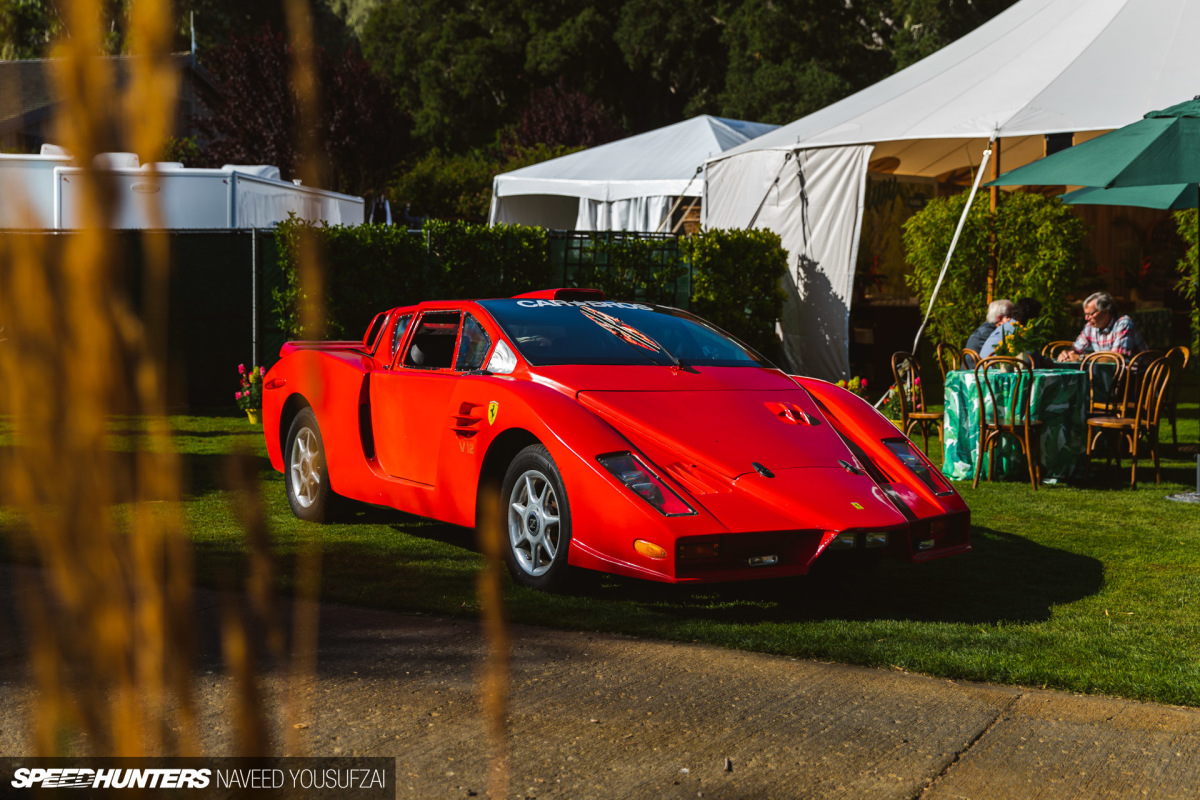 I'm so happy to see a Saleen S7 in race trim. I really do miss the S7 and I think it's an amazing car. So nice to see one even if not in road-going guise. And the rest of these photos are amazing, thanks for the new wallpapers!

Also after seeing the style of the venue and the types of cars here, I mean FOUR EB110's??? That's astounding. I'd spend around $3-400 if I was going with friends. But I agree $800 is a bit much. That's the plane ticket alone for some people depending on location.

It was a fantastic event. Lot of stuff on display that is hard to find alone anywhere, much less grouped like this.
The price is part of what keeps the event great. Not only is it a very expensive venue to host, but the entry fee keeps away the large crowds and scumbags that would show up if it was free.

Soon, the car hobby can only be enjoyed by the rich and famous..

Those EB110s would have stolen the show those pesky kids from Car Bros didn't sneak in their custom Enzo.

we live in an age were kids will pay exorbitant amounts of money to go dance naked in the middle of the desert to an oversized boombox and some leds, $800 to see some great cars and be around some cool folks seems worth it to me.

I'll save that $800 and just take a thursday night cruise past the local Kuwaiti Starbucks. Always high end Noble, Maclaren, Fezz, Lambo, EBs being trashed by a barely-legal, caffeine-hyped, privileged brethren. Imagine the carnage if this wasn't a dry country...