I knew we were getting close as we drove past a man dressing up as an astronaut and getting into an unrecognizable heap in the parking lot of an upscale hotel. Crappy, crumbling and generally awful, this is Concours d’Lemons 2019.

Monterey Car Week is more often than not associated with speed, money and design. It’s a week for the aristocrats to flex their spending power and cruise around in historic cars to show they’ve still got it. While I love it all, each year I look forward to the quirky event that celebrates the decrepit and weird, rather than elegant and expensive. A sort of pompous tension can fill the salty air during Car Week, and as such Concours d’Lemons serves as comedic relief.

This event feels like it’s a kitschy mash-up between avant-garde comedy, Monty Python, and a car show. It’s almost one part theater, one part reality. Owners dress up in bad Halloween costumes and try and bribe the judges with cheap alcohol. The announcer says ridiculous things in perfect MC inflection like “this year we will be giving out the ‘Take-Me-To-Pebble-Beach-In-Your-Car’ award.

So if any of you are headed there later with your car come find me.” Meanwhile, awards like ‘Worst of Show are sought after. The whole thing is just generally goofy as heck.

I’d like to imagine some first-time Car Week attendees stopped here thinking it was something fancy on their way to the track, and were a little confused.

Hopefully this very… interesting Ferrari would impress them.

A particularly puzzling vehicle was this Chinese scooter bubble car. I have a thing for tiny stuff, so this little coupe was a definite favorite of mine. I don’t think it makes much sense to own here in the States, where much of the time spent in cars is on the highway, but in crowded cities I’m sure this little pink pencil eraser is perfect.

I’m not sure what’s going on with this dirt-mobile, but I am certain there is not another concours event that would allow it to park on its premises. However, it’s perfect for d’Lemons.

It was hard to miss this shag van. The thing was the quintessential 1970s hangout; it oozed hippy angst and we all ate it up.

Despite poking fun at traditional concours events and celebrating everything opposing high end, many one percenters show up too, some of which will go on to attend Pebble Beach the next day. Maybe one of them will get the previously-mentioned award…

The organizers manage to maintain a tasteful spirit while commemorating the cars that everyone loves to hate. There isn’t an anti-establishment or anti-aristocrat tone at the event, but rather a simple shout-out to the creative and quirky cars of enthusiastic weirdos.

I didn’t see a single face without a smile on it, and that’s sort of the point of car culture, right? To keep people smiling… At least it should be, and Concours d’Lemons in Monterey last weekend did a great job of doing just that.

looks like comic con for cars. 10/10 will come someday

This is absolutely magnificient. We've had enough of the clean, money packed automotive culture events that are no more than gentlemen sausages sizing contest with tartan boating jackets and sparkling wine. We want more of those gatherings, and more picture of them !

Is that what "we" want? This event is just an "unincluded" party that sort of reeks of a different kind of snobbery. These cars are a different side of the same coin. I'm going to show off my 'weird' ride to show those Ferrari owners whose boss! It's owning a car to show AT someone as opposed to show TO someone. Same story with fancy Concours events.

For me, I want more track day coverage - SPEED hunting. Stanced rides that are hard parked, Yugos that couldn't survive a lap at Laguna Seca, VW buses, they're all boring. SEMA coverage is boring, honestly.

There are hundreds of speed events every weekend in the USA alone. Rally, Rallycross, Autocross, Dirt Track, Drag Racing, Motorcycle racing on circuits and dirt, kart races, motocross. And at all of them are tuned rides, custom rides, things that give you double and triple takes.

I love cars and I love seeing them. But this morning on the front page of Speedhunters there is exactly ONE piece showing actual motorsports coverage and only two pieces in total showing cars actually being used for what they are meant for...driving.

Thanks for your comment, but it doesn't seem to add up completely. Just speaking for myself here but it looks like you've really missed the point of this event. Same as at a LeMons race, no one here is 'showing those Ferrari owners' anything...

Personally I'd love to cover more motorsport events, and I do have a few articles from the historic races at Laguna Seca on the way. The problem is that no one seems to read this stuff. The ones who do don't seem to share them, and they don't always get the same traction as other stuff on the site. This would be doubly so about more obscure autocross, karting, or motocross events, sadly.

Still, we do try to cover all aspects of car culture here. And on the topic of speed and/or actually driving cars as you say... there's a bit of a history piece on a harness manufacturer, a pair of totally different builds from Australia that are driven plenty, coverage from the start of a big tour, two relics of motorsport that were discovered, an interview with FIA Drift vice president... Loading one click down there are project car updates, a GT40 replica, an E30 restoration underway, drifting coverage, rally coverage, the Silverstone Classic race, etc. This isn't counting the other car culture stories that involve driving or feature cars that are indeed driven.

Seems like an acceptable balance to me, but I'd be curious to hear what you think would make an interesting story on the topic of dirt track racing, karting, autocross, etc...

Trevor, a balanced and thoughtful reply, thank you for it.

I am perhaps a bit cranky this morning, but on a personal level, I've never found the appeal of LeMons or Crap-Can Racing, etc. Particularly, when there are accessible forms of motorsport that aren't profligate thumbing of noses at the motorsports world. Which is likely a reflection of how LeMons and Chump Car are marketed, not necessarily the reflections of the individuals who participate in them. Maybe that's my hangup, maybe not. Regardless to address your question -

I'm odd, I like the historical race coverage and the rally stuff. But I would figure a 'Night Under the Lights' showing Outlaw Sprint cars, Midget Racers and the build execution that goes into them might resonate with a few folks. Midgets run any four-cylinder under the sun. Showing what Honda, Toyota, Ford, GM, and even aircooled Beetle engines can do.

And autocross - I think the easy one is to go to Topeka, Kansas and cover the SCCA Solo Nationals. Showing the actual culture and interaction, the cars, talk with folks about the nuances of building and driving a car for something like autocross. Which looks really easy and turns out to be a lot harder than it looks.

I totally understand your perspective. I've never thought of LeMons-type racers as 'thumbing their noses' though. A lot of pretty serious drivers compete, actually, and you might find your impression of those events isn't entirely accurate.

It's not odd to like historic racing — which is my personal favorite — or rally racing. The people who like this stuff REALLY like it, but we've just found that this isn't what the majority of people are coming here for. Still, we cover this, and I've actually just had my coverage from RMMR posted here. Expecting crickets there, but that's okay. This wouldn't be Speedhunters if we didn't cover a bit of everything.

On that note, high-end autox events would be great to include. The Optima Streetcar thing comes to mind, too, but this usually comes down to cost. Heading to Topeka for a weekend is a very expensive endeavor, especially when you consider that I could feature a local car that might get way more attention. Also, shooting autox doesn't sound terribly exciting if I'm honest. Just trying to lend some transparency to this.

At the end of the day any well-presented story has the potential to do great and that's why we continue to publish a wide variety of content. This includes stuff you like and, like you pointed out, some you don't. Glad you liked my little Miata project, and yeah you might have noticed Blake's NSX only hits home runs.

I certainly hope you found the idiot who proudly displayed the InfoWars bumper sticker and beat the holy shit out of him.

Hey there Mr. Ivor! I can't help but notice that nearly every comment you leave is negative. I'm not really sure what the deal is but I hope you are ok man.

This may surprise you but no one was beaten in the creation of this story.

Do you even know who runs infowars and what he stands for? I hope not, because if you do, you're a low rent asshole for running the shot. If you don't, then at least you have ignorance as an excuse.

A "low rent asshole" for not assaulting someone who disagrees with you. That's an interesting definition. I've got no time for InfoWars and the tinfoil-hat conspiracy brigade either, but it's exactly this kind of us vs. them polarised mentality that builds movements like theirs. Calling them assholes only strengthens their devotion to the cause. By capturing the show here and lending no significance at all to that shot, Trevor's done the best thing he could have.

Nice story man, I love off-the-wall events like these.

Haha thanks man this article was Sara's tho, I just had some of the pics! Anyway event was indeed a lot of fun, we've been a few times and it's always a bit hilarious what shows up. A Honda with two front ends from a couple years back is probably still my favorite. 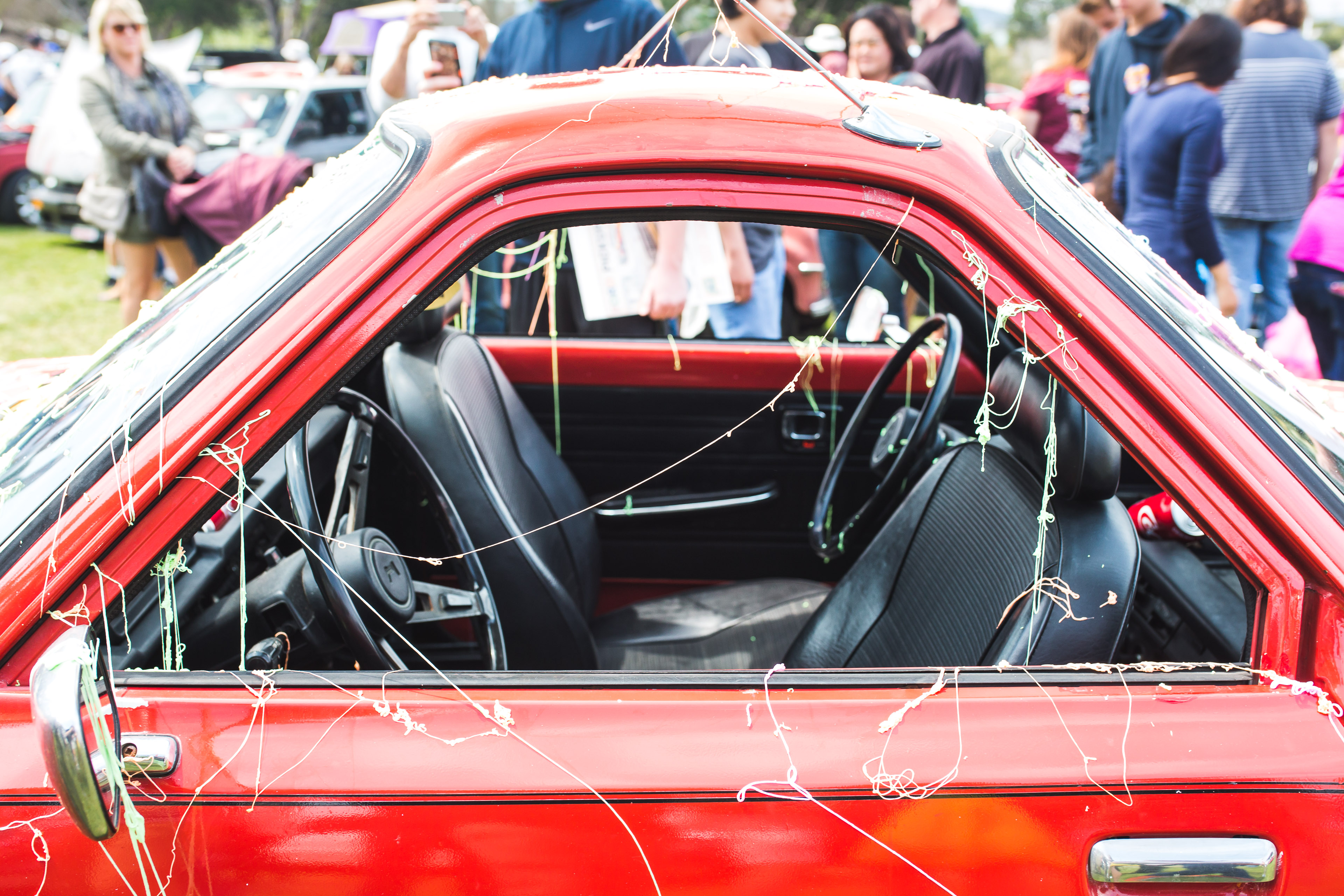 Oh right! Sorry, nice work Sara as well. I should have picked that from the mention of tiny things - that Chinese bubble scooter is awesome.

The Honda has two steering wheels?! Not just a simple cut-and-shut. Impressive...

Hyperbole, man. Heard of it? Good rhetorical tool to quickly flush true opinions out into the open. As for turning the other cheek, uh, no. We've been doing that for 30 years now and it's allowed the wingnuts to gain the dominant position they now enjoy. Oh, no, it's time we got in their faces and started fighting back.

Well Ivor, based on your contributions to the comments section on this site I would have had you pegged as a fan of his show. 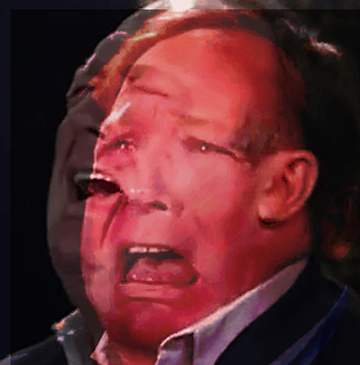 Love the diversity here
Honestly, we should respect all builds done with passion

Love the photos and the commentary, Trevor and Sara. Certainly would seem to be more fun to build for d'Lemons than Pebble Beach.

Thanks Chad! I think it might be less stressful, too. Something tells me it would be a bit cheaper as well, so why not go for it? Waiting to see what you bring here next year...

That dirty old Toyota corona looks ripe for a good detail by AMMO NYC xD Hopefully he somehow comes across the owner and they strike upa video deal.

What a bunch of nerds with their cars

I love nerds with their cars