The American Beauty Car Show is one of the most unique car events in Europe, both in terms of location and the festival itself.

The event is held in Haapsalu, a small Estonian town on a western shore of the Baltic Sea. Car owners from Estonia, Finland, Sweden, Norway, Latvia, Lithuania and as far away as Russia and the Netherlands recently came together to celebrate the event’s 19th anniversary and indulge in a weekend of Americana.

It had everything: a car show, a reunion, drag racing, a cruise through the city, and of course rock ‘n’ roll music.

The show side of the event takes place at a 13th century castle and had grown so much over the years that the festivities now extend to the entire Haapsalu Old Town. During the American Beauty Car Show, the Old Town is closed off to all vehicles not of US origin, creating a unique American landscape in one of the most unexpected environments.

My first encounter with some of the event’s participants happened 60 miles from Haapsalu Old Town. A group of around 20 vehicles, mostly on Swedish number plates, had stopped at a filling station. I pulled out from the motorway in my little Japanese roadster at the very last second to take a closer look.

Classic cars, hot rods, bombs, pickups, muscle cars and sports vehicles were on their way to one of the biggest American car gatherings in Europe. For the record, the largest is the Power Big Meet in the city of Västerås, Sweden, where 20,000 cars participate every year.

It was around midday when I arrived in Haapsalu, and by this time the town had probably tripled its population of 10,000. The show would officially start at 7:00pm, so I had loads of time to walk the streets and photograph the American Graffiti-esque city cruising.

The main street resembled what most people would call a traffic jam, but for everyone here it was nothing less than a moving car show. Add all the street food vendors and busy restaurants into the equation and you have the recipe for a great time.

I know Haapsalu pretty well, so I headed over to one of the main landmarks. The railway station was built in 1905, and at that time it had one of the longest platforms in Europe. These days it’s a museum, complete with steam-powered and other vintage trains, which provided the perfect background to expose few frames on my favorite color film – Kodak Portra 160NC. The machine for the job? That would be my Canon EOS 1, which with your finger on shutter button can motor through an entire 36-frame roll in seven seconds.

A few hours were spent dining, meeting friends and shooting cars. The town’s guests were busy with similar matters, especially the eating and drinking part, and welcoming in the long weekend ahead.

Weird cars like this huge homemade pickup with a 14.2L Scania engine, and party animals were owning the streets. Born in Sweden and loosely translated as ‘greaser’, raggare subculture is common at these types of events. It’s all about mixing punk and rockabilly fashions, drinking, and riding on patina-covered cars rather than in them.

By this time, all of the show cars were parked up in an official area inside the castle. I personally prefer the vibrant atmosphere generated on the streets, but it won’t be possible without the showstoppers coming to town. Entered cars all compete for ‘best of’ titles in their respective categories.

The fact that the American Beauty Car Show has been around for almost 20 years is testament to the following American cars have here, but it’s still hard for me to comprehend that there are so many enthusiasts and builders devoted to them in this tiny post-Soviet country.

I guess it’s the American dream…

More stories from Estonia on Speedhunters

GAZ-24: From Taxi Stand To The Race Track

Great article and pictures about an event I've never heard of before. Sounds like something I need to add to my ever-growing bucket list.

This is incredible. Who would have thought that a car show like this could even exist! Thanks for sharing

I agree. As a fellow '66 Coronet owner it's one of the few Mopars that have somewhat of small following.

Cleaner examples than in america.

So cool, I love seeing these cars not in America

Not in America, or outside America??

I mean.. I think they way you put makes more sense. Haha how's the car dude?

I'll definitely be rolling it out unfinished. Too many details that need to be sorted out that will have to wait til after the event. Our crew will be rolling into Monterey for Auto Week on the 13th. See you there?? 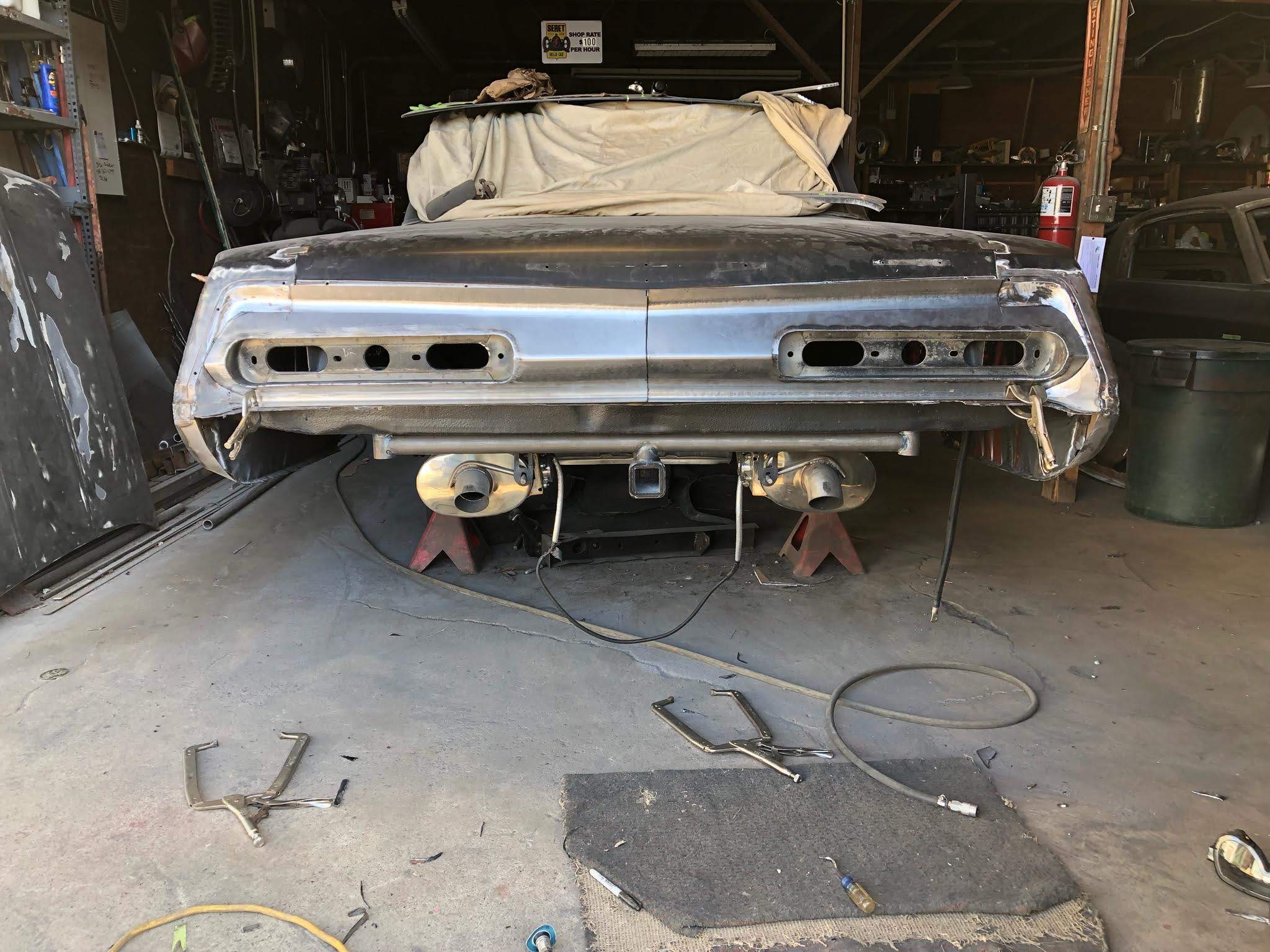 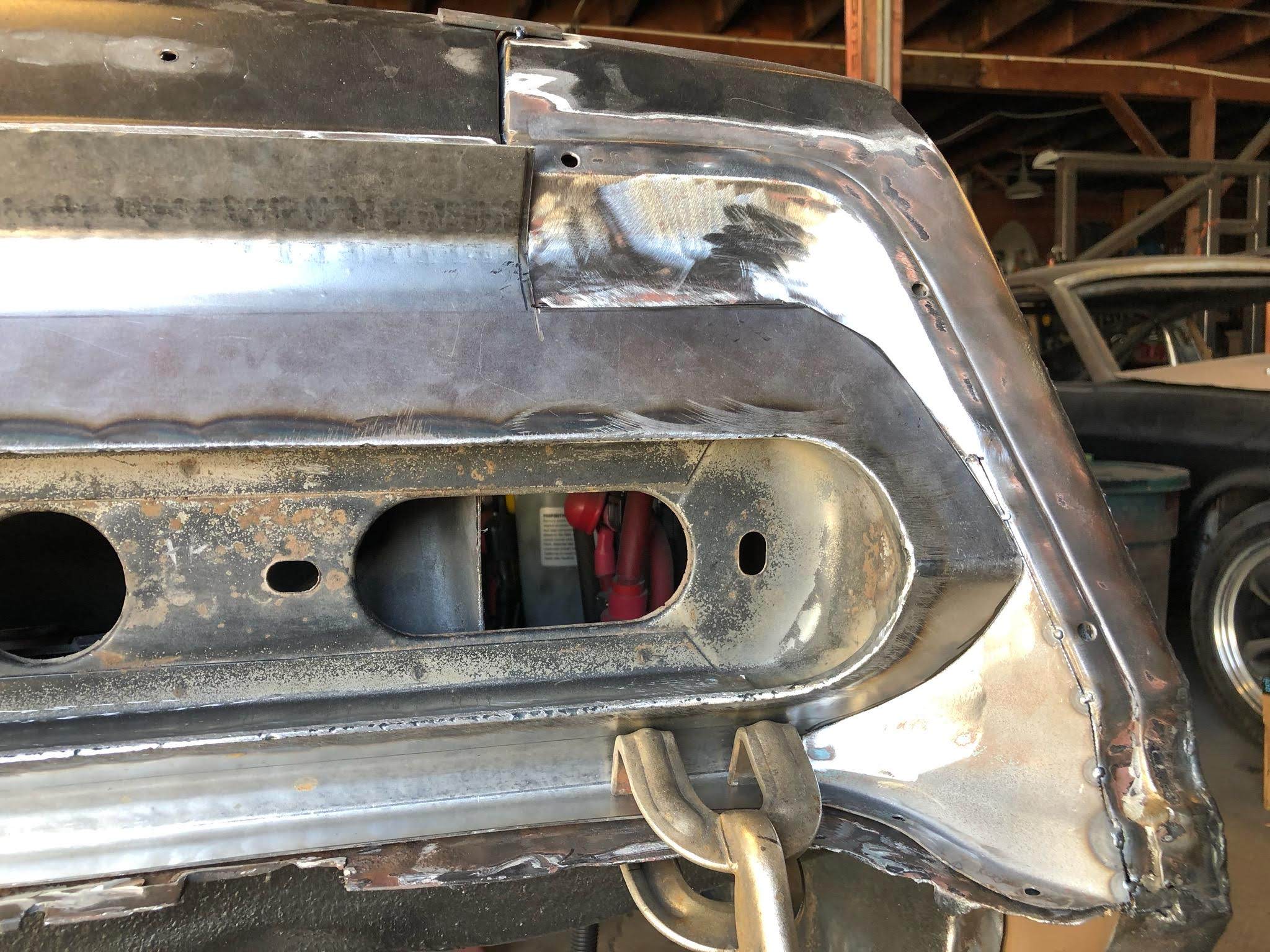 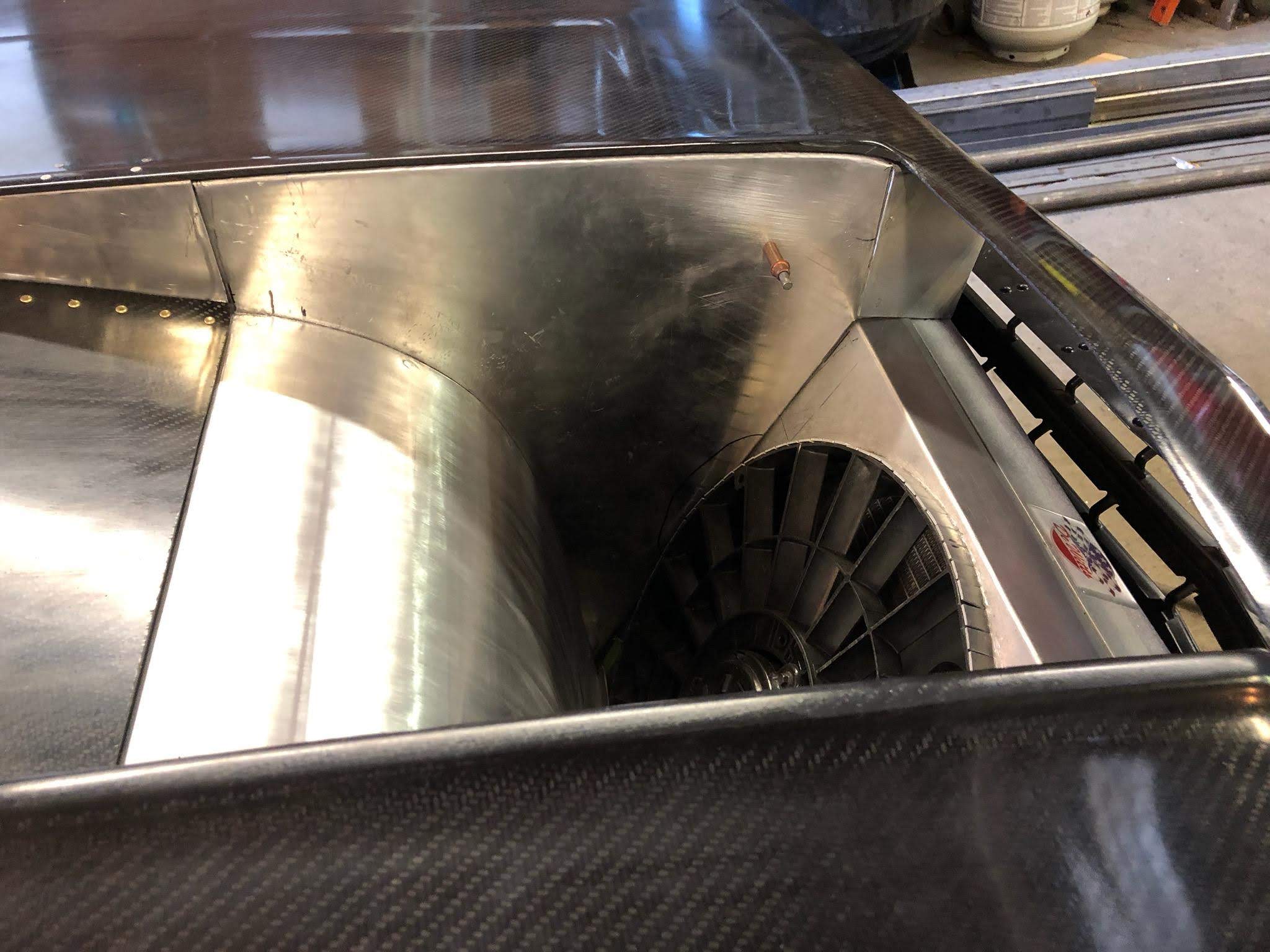 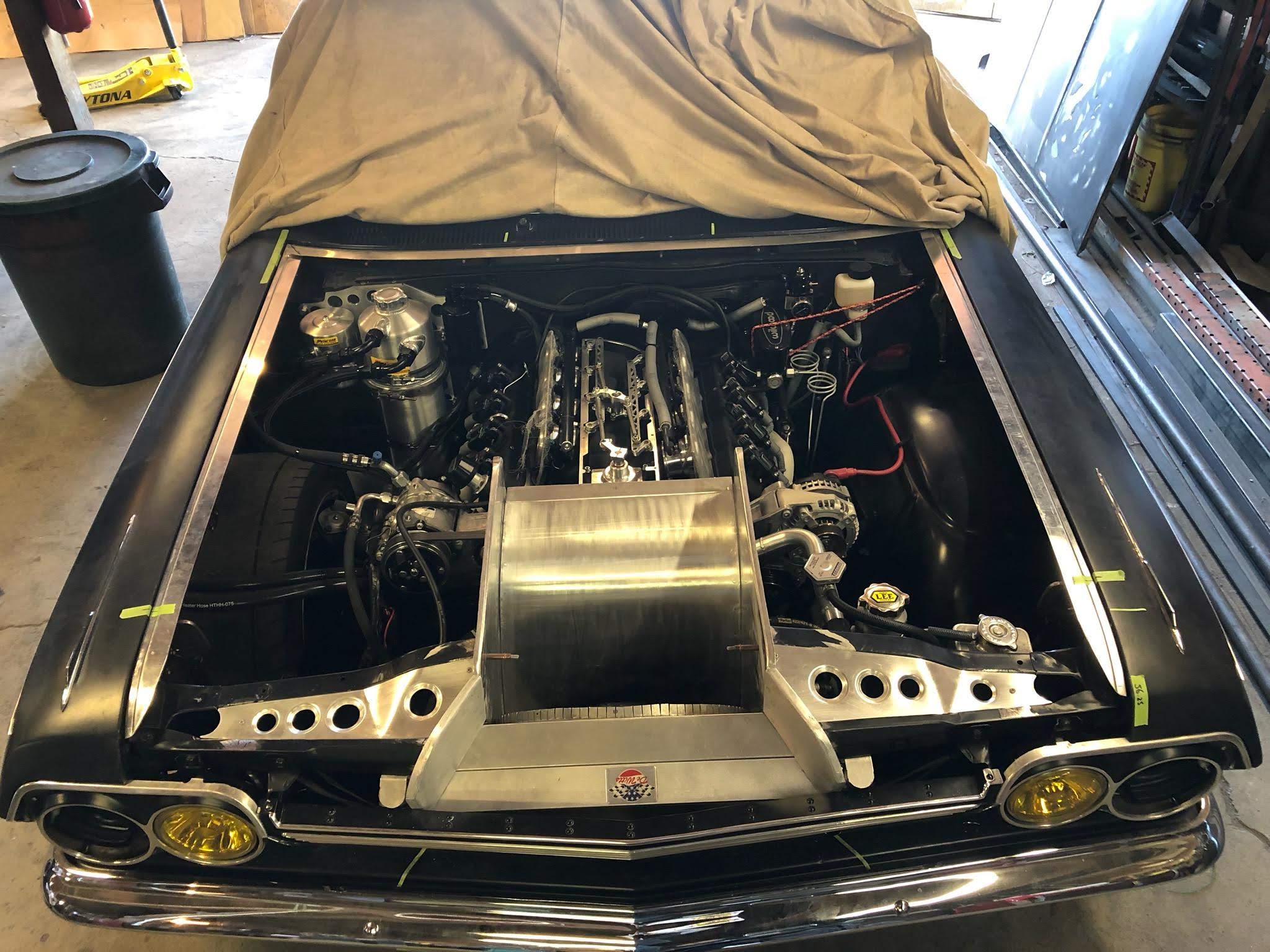 Still grinding away. It underwent a MAJOR sheetmetal makeover and is now a full custom. Body line delete, wide body, 62 Buick tail lights... Think GM parts-bin prototype. I'm playing around with the moniker, "The Duntov 62 GT/SS" I guess it would have been a pre '63 Corvette Grand Sport, GT car.

I have a rally August 12th. We'll be cutting it close. 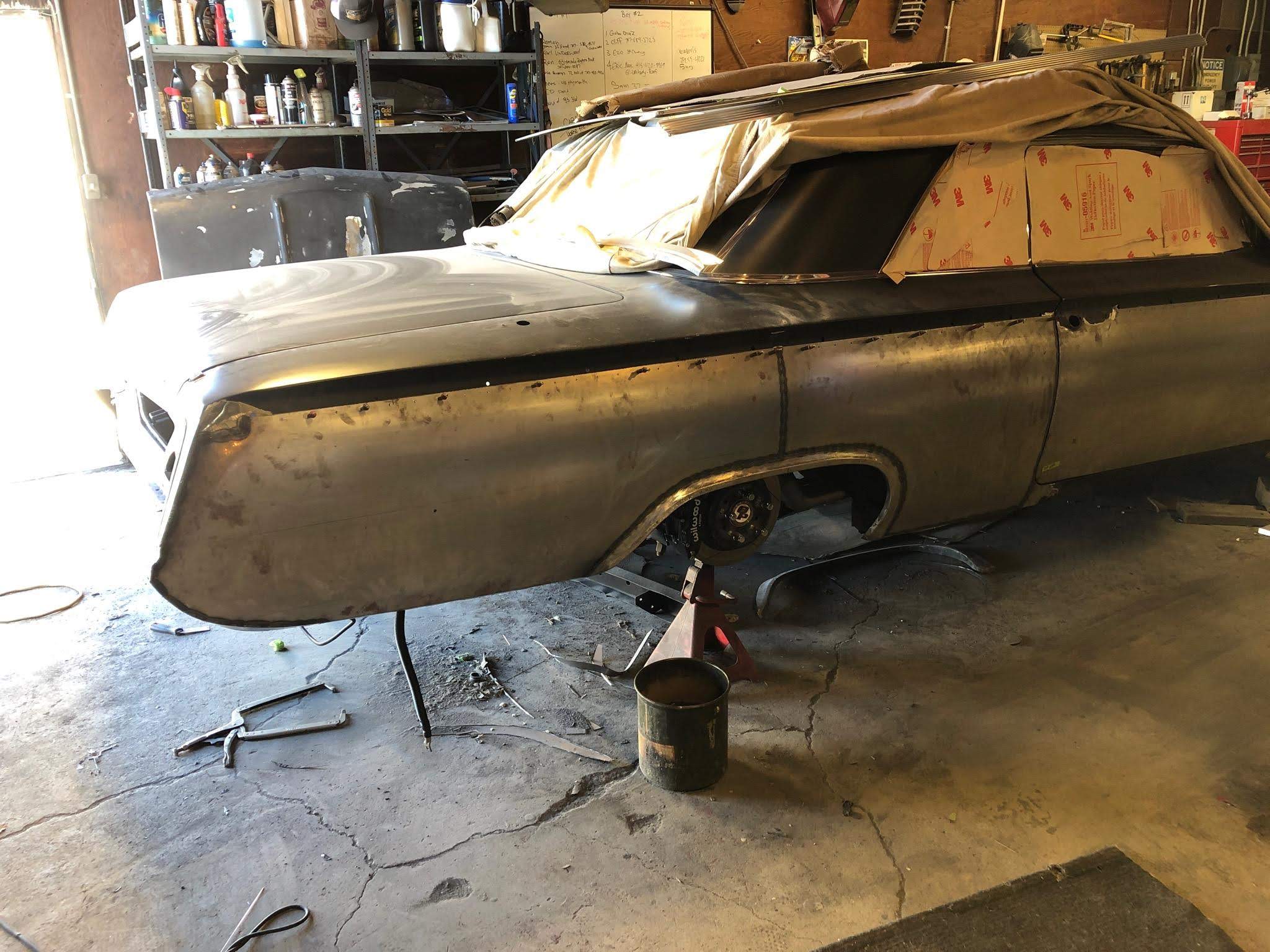 Gas is pretty expensive there from what I see

Hooollllllyyy moly!!! It looks something from Forza or Gran Turismo! Plus, I saw two '59 Plymouths one '60 Valiant, one '57 Chrysler, and one '59 Imperial. How the hell are there are so many Forward Looks in one place?
That aside, I LOVE the Rods and customs. That aqua green highboy and black T-bucket were a real treat. What a story! Great work!