SHARE Imperfect Perfection: An Outlaw 911 On A Cloudy Day

Perfect Isn’t Perfect At All

You’d think the recipe for making a car great is for it to be as near to perfect as possible, but that’s the furthest thing from the truth.

The latest technology-filled cars are supposed to be much closer to the ‘perfect’ drive than ones from the past. Decades’ worth of research, computer-aided design and cutting-edge manufacturing techniques should make current-day sports and supercars the ultimate driving machines, but sadly it does not.

Some of you might think I’m crazy saying that, but I’m sure there are others who wholeheartedly agree. But no matter what you believe, you can’t deny that there’s plenty of truth to my opening statement.

Take, for example, a McLaren MP4-12C, 650S, 720S or even the Senna. They are all spectacularly fast, precision driving machines, but are they really exciting to drive? Other than the pure adrenaline they bring you, do these kinds of cars truly excite you? Do they conjure up unfathomable feelings deep in your soul?

For me personally, the simple answer is no.

I see so many supercar owners who leave their cars parked up most of the time. They’re only taken out for the odd breakfast run, or to simply show them off. Seldom would they be taken out for a pleasurable drive on a winding road like this, and there’d be even less of a chance if the weather wasn’t perfect, as was the case on this particular day.

Sure, there are exceptions to this, but for the better part most supercars have very low mileage. So many are bought purely as investments, tax right-offs, or trophies.

It’s All In The Porsche

I can guarantee you though, that whenever you see someone driving their old, imperfect classic – and especially a Porsche – the driver will always have a smile on their face. And more than that, their hearts will be happy.

There are many classics that are amazing cars to drive and own, and it’s all their imperfections makes them so great. But in my book, there isn’t much that compares to an old Porsche. There’s not one specific thing that I can put my finger on as to why that is; they just have that special something.

Early-generation 911s are a hoot to drive in stock standard form, but an ‘Outlaw’ with some key modifications to give it more character more than anything else, is just heaven. This particular ’82 911 SC was customized by The Archive, whose slick storage facility we featured recently.

This car calls South Africa’s Cape Town home, a place that has some of the most scenic roads in the world. It was the perfect shooting location for a car like this, and it even attracted a random model. Can you blame her for wanting a photo with such a beautiful machine, though?

A Porsche like this doesn’t need much to improve its looks, but a few key changes have really brought this old gal to life.

On the outside, the car is finished in a silver hue with some gold 911 R-style decals applied over the top. There are also black Porsche decals, race numbers on the doors, and some very recognizable Magnus Walker logos.

The original flag mirrors were swapped out for a pair of bullet-style units, the factory side skirts were removed to give the car a more classic Porsche body line – in my mind a good choice – and the team also replaced the stock bumpers with RS-style items that they custom designed and manufactured in-house at The Archive.

To go along with this, a custom 2.7 RS-style boot lid with integrated ducktail wing and a vented grill made out of Lexan was added at the rear.

But my favourite body modification of all were these louvered side windows. Just perfect.

Then there are the unmissable Fifteen52 wheels that were designed in collaboration with Magnus Walker himself. This is the only set of forged two-piece Outlaw 001s in South Africa, the 16-inch version finished in a matt bronze/gold. The wheels are fitted with grippy Bridgestone Potenza RE-11S semi-slicks measuring in at 205/50R16 up front and 255/50R16 out back.

The suspension has been lowered ever so slightly for improved looks and better handling, of course.

Taking this car out to the Cape Town coast with Chelsea from The Archive one chilly morning was a real eye-opener. It is hard to believe that it’s 40 years old because it feels young. It feels real; it feels alive. It doesn’t want to sit in a garage; it doesn’t just want to be looked at, or kept shiny clean either. It wants to be driven – and driven hard.

And more than anything else, it simply wants to be enjoyed by its owner.

The motor is still the original 3.0L SC unit, which when new produced 152kW (206hp) and 267Nm and revved to 7,000rpm. This doesn’t sound like a lot of power in modern terms, but the car only weighs 1,180kg (2,601lbs) and it drives so well that you don’t need bucketloads of power. The engine has been fully overhauled, though, and also had a full custom exhaust fitted, which sounds pretty amazing.

If this interior isn’t just begging you to get into that seat and grab the steering wheel with both hands, then I don’t know what would. There’s nothing that shouldn’t be in the cabin; no fancy gadgets, no radio or speakers (which were removed), so it’s simply perfect in my opinion.

The Momo Prototipo is one of my favourite classic steering wheels; I would have one in my car and another hanging on my wall for sure. This one has been finished with black spokes to match the rest of the dark interior.

The centre console was removed for a cleaner look and the RS-style door cards have been accented with red pull handles. After a full re-upholstering, the final touch came with an original Tag Heuer stopwatch being placed on the dash.

If you saw the odometer photo, you’d see it reads over 270,000km. That means one thing: this car has lived a really good life and has some stories to tell.

It might not be the most modified or most perfect Outlaw build out there, but it has character, it has soul, and most of all, it gets driven. Too many supercars and performance classics like this live lives of solitude, in dark places, between four cold walls. Please, they aren’t prisoners, so go and set them free.

Recognising Greatness With The CSF 911

No we cannot blame her.
And Yes Let those old, imperfect classic out.
Enjoy them on those roads where they are ment to be.

Great pictures of a wonderful car, shot on one of the greatest roads. This road will forever be on my top ten list.

After arriving at the other end in Hout Bay, my friend realized she forgot her purse at the hotel in Kommetjie - and therefore we got to drive it three times that day. 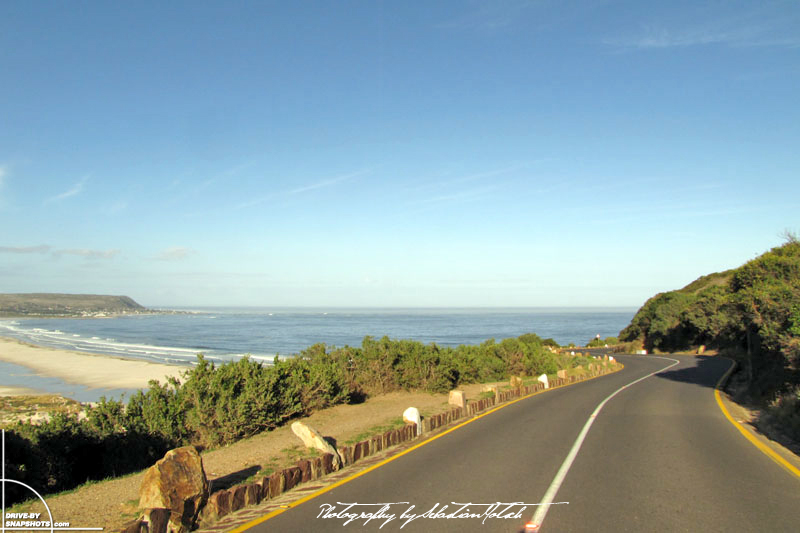 That scenery and the car are a match made in heaven. Even the model matched lol.

It truly is, a real matching combo indeed

I love the silver and gold scheme. The matte gold finish on the wheels is the icing on the cake. I love that car, but I don't understand the center air inlet? Was that for cars with auxiliary coolers, or intercoolers?

The design is a bit to fussy for me, would appreciate less stripes. Otherwise a cool car.

Well, someone just crawled out of the creep factory! wtf?!

Dude, you're trying too hard. Did you just get outta county or something??