Last Saturday’s event on the outskirts of a small Finnish town called Porvoo was not only the right way for the local Creme De La Creme (CDLC) car community to kick off the summer season, but it also marked the official opening of SpeedHooked, a unique pitstop facility.

Many Scandinavian car people divide each year into two parts: There are ‘active days’ when you get out and about, and the rest of the time (mainly winter) which is spent in the garage. Finland is big on car culture, so at every summer’s start new, projects come out of the woodwork, which makes it a pretty exciting time of the year.

I’m going to be giving you a tour of SpeedHooked, and talk with its enthusiast owners Roni Collin and Tomi Salminen about their vision for the place, in the near future, but after hosting this new season get-together with CDLC, it’s obvious that it will be a great meeting spot for Finland’s entire car community.

As for CDLC, their community was established in 2008. I have to hand it to founders Antti Eskeli and Niko Aaltonen too, as in the years since it’s inception, CDLC has evolved from being a purely stance-driven movement into something really big.

On at least one occasion every summer I find myself waking early in order to catch the ferry from Tallinn to Finland and make it to a car event. This time around though, I wasn’t sure what I’d be in for.

As a side note, the ferry trip may become obsolete in my lifetime since there is now serious talk about building a 40-mile tunnel under the Baltic Sea.

With both CDLC and SpeedHooked hyping the event through their respective social media channels, I had high expectations for a good day. Warm and dry, the weather was definitely on everyone’s side.

A number of Finnish magazines closely follow the car community, providing the sort of exposure that motivates builders to keep working hard over the winter months in order to debut new cars.

I felt like I was on GTI Magazine‘s turf, a magazine that’s been in business for over 20 years. I’ve known Jape Tiitinen, one of the editors, for a number of years now, and he’s constantly travelling around Europe covering all the big events. It’s great to see new events like this one getting some love too.

SpeedHooked’s grand opening was scheduled for 2:00pm, but the place was a hive of activity from early morning as everything was set up. The facility has its own car wash bay, and it quickly became the go-to place for every visitor through the door.

By midday SpeedHooked was well on its way to being filled up. A familiar Datsun 240Z was among the attendees, as was the only RWB Porsche in Scandinavia. A future canvas for Nakai-san – easy to spot by the number plate – also made an appearance.

Depsite CDLC’s stance origins, I was surprised to see so many purpose-built cars at this event. Cars don’t always need to be slammed to the asphalt or tightly hug wheels to look cool – looking right is the key. SpeedHooked x CDLC had it all: exotics, traditional rally cars, drift cars, lowriders, time attack cars, slammed dailies – everything. Everybody was welcome to share their personal taste.

And as for the location, SpeedHooked was definitely something worth waiting for. Hopefully this is the start of an annual event.

Stories from Finland on Speedhunters 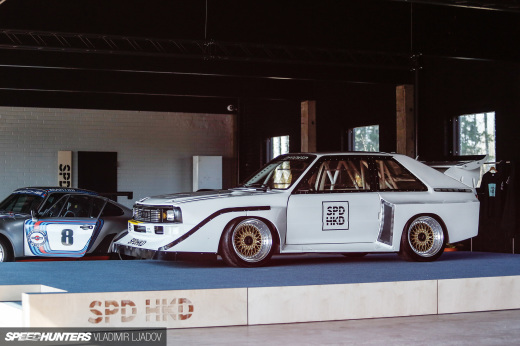 SpeedHooked: The Man Cave With A Twist 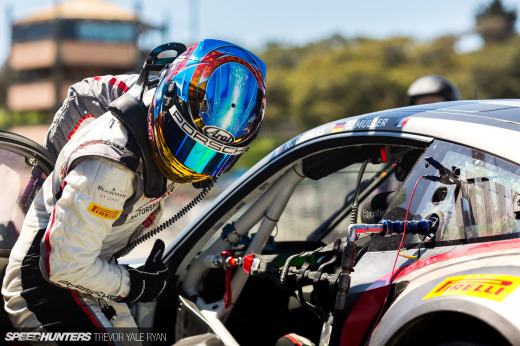 The Unsung Heroes Of The California 8 Hours

Active days and shop days are a pain known throughout much of the world. But long winters do encourage some crazy builds!

EU actually has a ton of imports, almost anything possible since we dont have any 25 year rules ect. and also for many rhd makes the car just more unique and cool.

Quick fact, a bit unrelated but: Why the F am I just now getting a licence like...all sports cars that I dream of owning as a starter(E30, 240sx, E46, EVO, everything else tbh) is getting soooo expensive. All I could afford is a E36 325 in a not so decent condition. Damnit pre 2000 kids, we are really unlucky.

That's the point, buy one before everybody else, create your own style with what you got.

Thanks for covering the Finnish stuff Vladimir!

Thanks for the article and pics. Its always good to see what other countries do to their cars

Wow! There are some really nice older European cars there! I thought that dog's drivers license was suspended? I know he got pulled over for DWB! DRIVING While Barking. And he's got a warrant out for being cute. Tell him to slow down. Especially at the dog park!

Quite the mixture of cars, very interesting that Finland doesn't seem to have many of the issues other Euro countries have with car collecting, modding etc. Most surprising perhaps was to see a VERY clean OEM sapphire blue Z32 in the gallery, not many in these car show posts here on Speedhunters!

Awesome cars, awesome event.
I liked that blue Volvo 240, in the photo next to the orange Lotus quite a lot.
It'd be nice to see more of it if possible.
Overall, a car meet worth visiting in the future.

Do i see my jetta there

Thanks Vladimir. Got myself a new background photo.