SHARE In Rust & Dust We Trust: The Classic & Resto Show

If there’s one thing you can guarantee with UK car shows, it’s that the weather will always be unpredictable.

The organisers of the Practical Classics Classic Car & Restoration Show (for the sake of brevity, let’s call it the Classic & Resto Show from now on) know this only too well, which is why this particular event has been held firmly indoors from its inception.

In fact, the presence of rust, dust and general disassembly is one of the big draws of this particular event, and why the number of barn-finds and restoration projects increases year on year.

That doesn’t mean that the Classic & Resto Show excludes the shiny stuff. Far from it.

There were some truly outstanding classics on display at the NEC Birmingham this year, and I’m not the only one who was stopped in their tracks by this outstanding Citroën SM.

But there’s no denying that slightly down-at-heel examples made up the majority.

There’s one aspect that separates this event from all the others, though – the organisers actively encourage the cars to be worked on over the course of the weekend. In response, many of the clubs attending bring along cars that haven’t seen the road for a good few years, and the aim is to get them back in one piece and up and running before the show ends on the Sunday evening.

We’re not talking complete restorations, but looking around some of the cars being worked on, it didn’t feel that far off.

Some cars are still waiting their turn, though. This 1980 Audi quattro is believed to be the second oldest-surviving production example. Run by Audi UK when new, it was used in various road tests before eventually being bought by the late motoring journalist Chris Harvey, who notched up 100,000 hard miles in it.

It’s been off the road for many years, but a long overdue restoration is on the cards.

The same could be said of Steve Cato’s 1973 BMW E9 CSL. Crowned ‘Barn Find Of The Show,’ it’s crying out for a full rebuild.

But we can’t help thinking how cool it would be to run around in it as is.

The Classic & Resto Show isn’t sniffy about modified classics either, and we almost tripped over Richard Woolmer’s speedster-style Mk2 Austin Healey-Sprite. With its tired paint, raked-back ‘screen, and sitting on the deck, show-goers absolutely loved it.

The Sprite runs a hot 1,340cc BMC A-Series motor, Toyota gearbox and LSD, and as you can see, Richard’s not afraid to use it.

This pair of GM Mk2 Astra/Kadette GTEs looked like they’d transported direct from the 1980s.

Along with this Manta GTE, complete with its obligatory C20XE conversion.

Then there were the rarities. Fiat 127s were everywhere in the late ’80s, but now there are reckoned to be just three Sport versions left in the UK.

And the Fiat 128SL? Don’t even think about trying to look for one…

Ultimately though, the Classic & Resto Show is there to remind us that mucking about with older cars can be just as much fun as driving them.

I can just hear Keanu Reeves in his Ted "Theodore" Logan persona going, "Most outstanding!"

I would have donated mine to see how quick they could get it going. 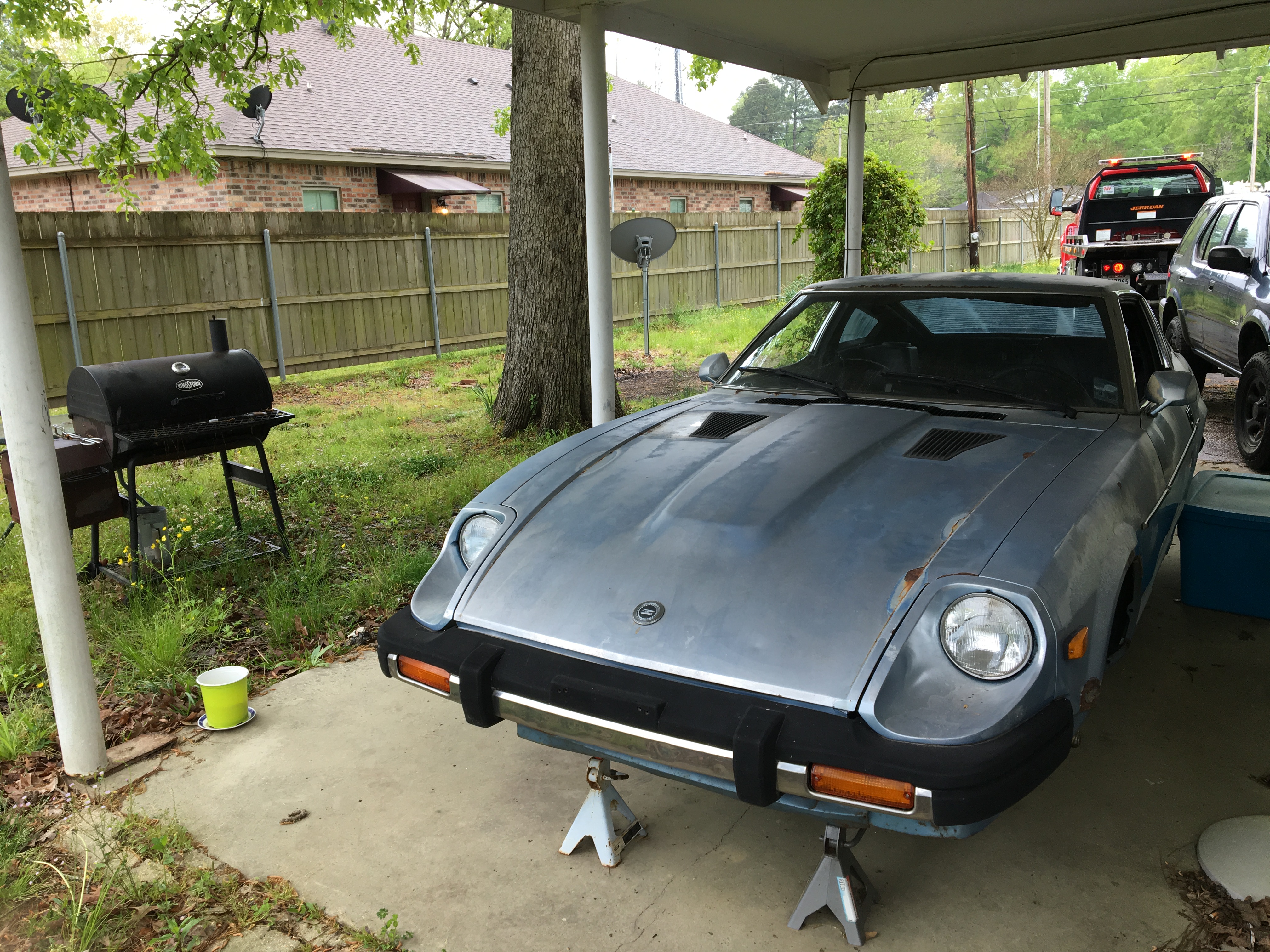 I have an idea. Get that smoker full of meat and invite friends over for a thrash!

Give me one week after I get my engine back from the builder, complete gtr swap...

Where are you located?

Might be a bit expensive and tricky to get it to Sweden, best of luck to you

i cant imagine when i do light mods to my yaris and keep that stuff for 25 years down the road what the classics show is going to look like....

seeing audis and stuff that have been well maintained by original owners or people who picked them up and restored them are really amazing, it really show the dedication to when someone buy something new and keeps it well maintained that it was a really special investment on there part, in the disposable age, i couldn't imagine a millenial keeping a vehicle for more then 2 months when it becomes untrendy, let alone 25 years.

@Simon Woolley: Are those Fiats that rare in the UK? You don't see them that much on the European mainland, but they are certainly not as rare as in the UK. Then again: Probably mainly down to them rusting as much as they do, because they have sold quite well back in the day....?

Sadly, yes. Fiat 127s were almost as common as Minis here in the UK back in the '80s but that's probably the first time I've seen on in the metal for at least 15 years. It wasn't uncommon to see a 3 or 4 year-old example with rotten doors or wings back then. To be fair, the same could be said of a Ford or BL product of the era too, though.

I see one every day, since I drive the first year of production daily (1971 Fiat 127), as my racer and mobile testlab. Even BL's and Fords didn't rust as hard as the Fiat and Alfa's did. Eastern block steel wasn't the best in those days. Especially the thin gauge Fiat used. The license build Seat 127 had way better steel (forged in Spain). But it doens't help that the UK is an island on a rock base. Almost all cars in the UK rust in the opposite direction compaired to mainland Europe. Thats evident especially on mini's....

Awesome! Be great to see a photo!

Only one I have is this one from a year ago. Had my phon ein my hand and just clicked the button. I actually almost never take pictures of my car since its my daily.

They're getting kinda rare here too. They used a "special" kind of steel that rusted 40 minutes after buying the car... like in Alfasuds and 131s, sadly. Had to scrap my grandpa's 900cc one because it was held together by paint

I've loved the Audi Quattro ever since I was in fifth grade and one of the teachers parked a bright red one next to the school bus drop-off.

But it's engine placement is a problem.

I wonder why Audi didn't come to the same conclusion Nissan did with the RB26 and park the front diff next to the oil pan, with the driveshaft inside said pan.

Where is John Best!? What has he got to say?

what's that on the last pic?

not the yellow...the last pic before the "cutting room floor"

It's a Bond Bug. It should look like this: 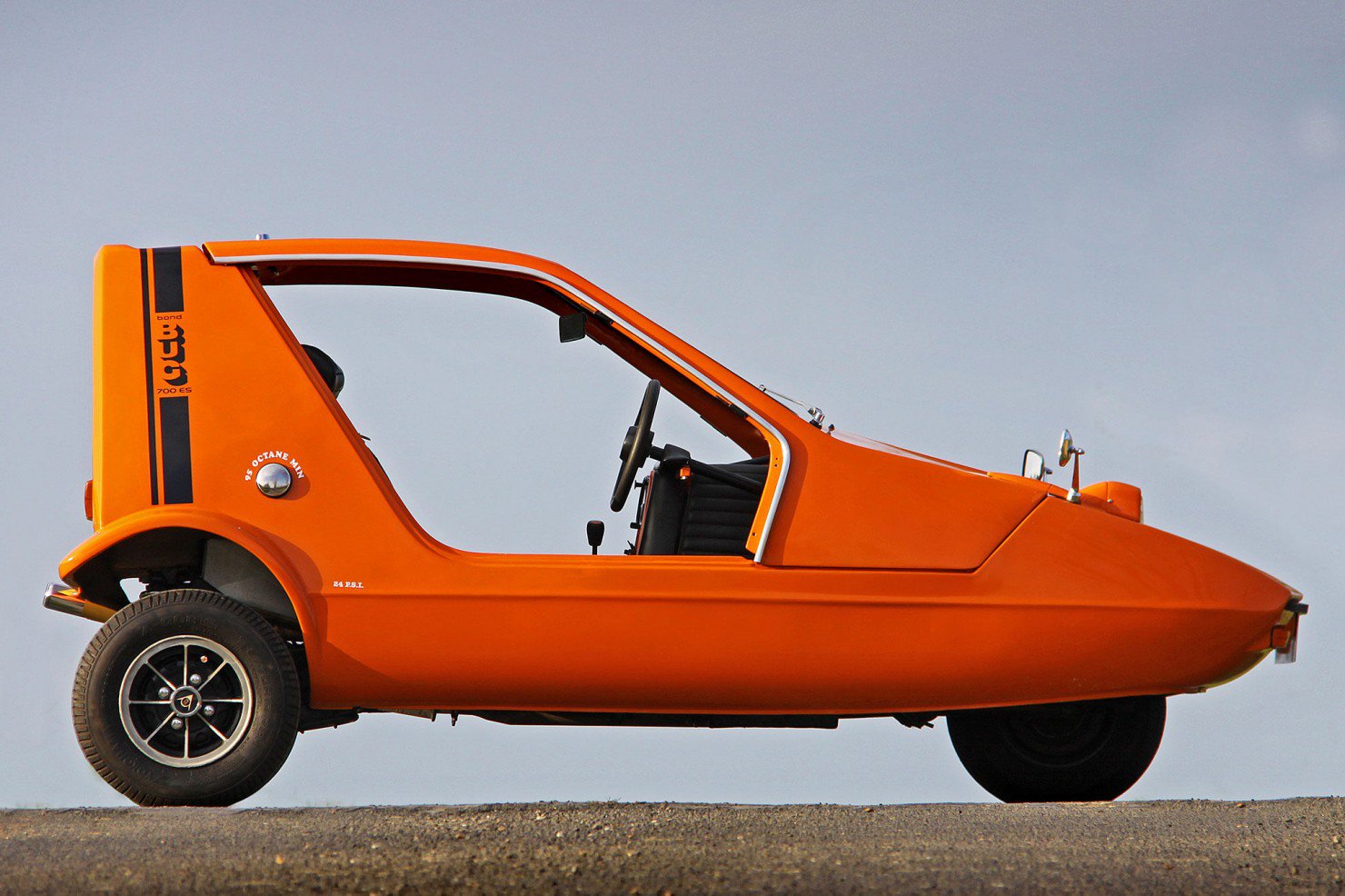 What was that car in the background of the CSL shot, hiding behind the hay bales? Looks interesting.

Pretty sure it's a Peerless

It doesn't get any better than this!