StanceNation founder Elvis Skender started out the same way most car enthusiasts do, growing up daydreaming with Hot Wheels and gazing longingly at car posters.

“I don’t remember a time in my life where I didn’t find cars cool!” he laughs, and I’m sure many of you can relate. Elvis was introduced to the concept of stance back in 2007 when he stumbled upon an issue of VIPCAR magazine and fell in love. It didn’t take long for the gears to start turning and StanceNation was born just a year later — the people asked and Elvis provided.

“I was hosting small car meets in shopping center parking lots and such. Things started getting too big, so I stopped the car meet stuff and eventually turned it into full-blown car shows.” Fast forward 10 years and StanceNation is an international hit, landing venues in some of the best car cities in the world. Last year they hosted two events in Japan (Nagasaki and Odaiba), and six in the US (NorCal, Florida, Texas, Vegas, Atlanta and SoCal).

However, Elvis is ultimately concerned with quality rather than quantity and plans to drop a couple events in the US to add one overseas. “Hosting so many car shows back to back takes a toll on you and almost takes the joy out of it,” a sentiment I can definitely understand from behind the camera as well.

This year’s NorCal event boasted 230 cars in the show itself, not to mention the swarm of attendee cars outside. Although StanceNation’s specialty is obvious, they were still able to throw in a few tasteful curve balls to keep things interesting at their Bay Area show.

If highly modified show cars — and wheels so cambered the build looks like something out of Looney Toons — are not your thing, this just may not be for you. But there’s far more to this show than immediately meets the eye, and it’s always good to keep an open mind.

Along this line of thinking, so often outside the stance scene I hear people say ‘well, what’s the point if the car can hardly drive?’ If this isn’t you saying this, feel free to glaze over the text and enjoy the photos from the show as I won’t be telling you anything new.

But if you do belong to this group (I’ll admit, I’ve been there myself), I might have the answer for you.

If the above statement is your stance — see what I did there? — you might eventually recognize you’re simply asking the wrong question. Do you ask why Michelangelo’s David doesn’t use his marble muscles for some spectacular feat of athleticism? No, that’s obviously the wrong question to be asking of a statue.

Allow me to further explain…

For this post you might have noticed the images are dedicated almost entirely to cars from the last two decades, and the reason for this is threefold. First, the show was simply too big to try to cram everything into one story and, second, these cars seemed to take up the majority of the space at StanceNation NorCal.

Third, when it comes to cars built in the last 20 years the modifications that you’re able to do out of the box aren’t the same as they were in the 1970s or ’80s. Anyone who has popped a hood with the intention of tearing into the guts of their car knows this well.

Back in the day, you could swap cams and heads in an afternoon, tuning the carb with a vacuum gauge and a screwdriver (and your very own trusty butt dyno) to get in the right ballpark.

But with wiring harnesses and associated electronics becoming exponentially more complex over the years, many cars currently offered will immediately support little more than an intake and exhaust when it comes to upgrading the engine.

This isn’t always because aftermarket support doesn’t exist, but as regulations around emission controls tighten, modifying your car becomes more arduous. In California these laws are enforced by biennial visual inspections of your drivetrain and exhaust as well as extensive emissions testing (measured from your exhaust either on a rolling dyno at various speeds or parked at different RPMs, depending on how populated your county is).

I know other states and countries do the same, as well.

This means an engine swap is all but out of the question, and in some cases you wouldn’t even be allowed to change over to a manual transmission if you wanted to. Any modifications you make to the factory drivetrain which aren’t to code will need to be reversed when you go in for inspection, making the previous example of a cam and head swap simply out of the question in many cases.

So – beyond the performance mods which are possible – what you’re left with are style and aesthetics.

Not to mention, a brand new V8-powered ’70 Camaro would set you back $2,839 in 1970. This translates to $18,417 today and, yet, a similarly-equipped Camaro will start at $37,495. So, not only are modifications more expensive and time-consuming to perform, the cost of entry is significantly higher than it was in previous generations.

Still, with an entire genre of once-common upgrades rendering your car illegal for road use, car culture is far from dying off. Aftermarket suppliers are fighting back to develop parts which comply and entirely new markets have emerged, taking concepts from the past into the future.

Our society at large is focused on extremism when it comes to aesthetics, sometimes so much so that the intended purpose of the subject is lost. As technology advances this shift is becoming more predominant and it only makes sense that this same feature of our world would carry over to cars.

In the wake of self-driving and electric cars becoming the norm, it’s safe to say that extreme aesthetics and absurdism will continue to grow in car culture. As the cars we drive and modify become more of a novelty, we’ll need to include them in our lives in a different way than we have in the past.

With more teens and youth at StanceNation than any other show I’ve been to in recent memory, it’s obvious that this style is making the biggest impact on the next generation.

Accept it or not, but there is no denying that young people carry with them what our world will be down the road.

Technology is changing the landscape of the things we hold dear and — as Matt recently wrote — now is not the time to widen the rift in car culture. Instead, we need to come together, and it’s thanks to StanceNation (as well as others) that I’ve been introduced to entirely new scenes and avenues of automotive creativity that I’d otherwise miss out on.

We need to understand each other as builders and artists working in different mediums, creating what appeals to us individually.

Just remember, we all got our start the same way — getting sucked into car magazines, playing with Hot Wheels, and drooling over poster cars. 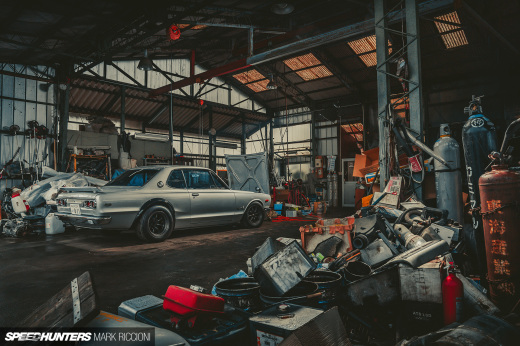 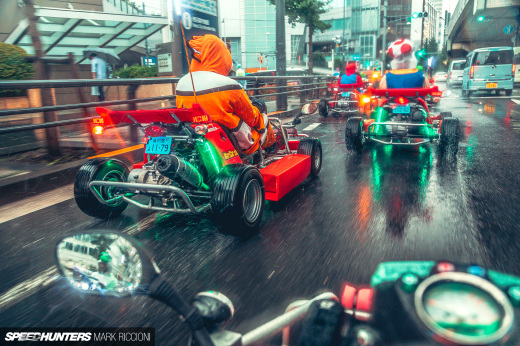 Congrats Sara.
Style over everything, if a honey has no desire to jump in your hotrod. Why have it. If you don’t have a badass car to take to the beach party with the the twins. Why have one. It comes down the basics of having a custom car. Style and attraction. Form is extremely important but if you aren’t drinking alone. How can you argue with a person with style and sex appeal.

Ricko Style. Don’t forget what it’s all about.

What does that even mean?

I think it means he is sexually frustrated

Great article. I went to the show and wasn't sure what to expect. While not everything there was my style, I found lots that I enjoyed and appreciated. In the end, I'm happy people are modifying cars rather than not at all.

yeah just allow them to enjoy their cars, they dont bash us that our cars are blasting every horse power of it. So lets also support them. after all we all enjoy the same thing. CARS

These are not cars, they're ornaments.

Those regulations mentioned sound kinda like "German regulations, withthe difficulty on easy".
Because in Germany there’re also laws dictating things like minimal ground clearance (which gets anyone with airride under suspicion) or requiring excessive paperwork.

Interestingly there is no safety inspection for our cars. Besides emissions once it's been registered it's registered. But if a car like this is refereed it will require an extensive inspection (after being returned to OEM) to be registered again. It's odd but basically, concerning the law, this is the safest way to modify your car.

Personally the "broken suspension look“ isn’t my cup of tea, but to each their own.
However, recently I’ve started meeting people who express disliking stance but saying they had to do it because they drive XY.
And at that point, when indivisualism is replaced with peer pressure and copy-paste-modifications, something isn’t right.

The thought occurs to me that the people who refuse to come together are only human. No one wants to believe that we enthusiasts are some sort of persecuted, endangered species, and those who refuse to shake hands over their differences are holding onto the past, naturally.

In the less-populated areas, many of us have few environmental laws to govern us. People out here aren't going to really care about what's happening in more socially-progressive states and countries until they have to experience it themselves. We'll be saying "I told ya so," but probably not 'til 2035.

That's a lot of awful looking cars in one place.

Sucks to be you, then.

stance is the new lowriders.... nothing new. just enjoy your ride

I'm always in awe by the amount of work that goes into each of these cars.