Typically, downscaling in motorsport is never a good thing.

While we understand that – sometimes – needs must, the news that the Deutsche Tourenwagen Masters would replace their naturally aspirated V8s with turbocharged inline-fours in 2019, was generally met with at least a little bit of apprehension. Much like other series’, the soundtrack of DTM in recent years was part of the allure for the casual fan. While teams must now follow an all new set of engine regulations for the forthcoming season, along with following strict fuel restrictions of 95kgs per hour, it almost could have been bleak. Almost.

Instead, these new restrictions and regulations have inspired the engineers at Audi Sport to get creative, as I’m sure they also have at BMW and Aston Martin, who will be the first non-German team in DTM since Alfa Romeo left in 1996.

Where the previous V8s peaked at over 500hp, the new inline-fours will start their careers with over 600hp, but that’s not the only talking point around these new engines. With a maximum capacity of 2.0-litres, the new turbocharged engines feature a 30hp ‘push-to-pass’ feature along with anti-lag and a shift point of 9,500RPM. It will achieve these figures running 102RON pump fuel, roughly equivalent to 95-octane in the US. Mounted longitudinally, the cars remain rear wheel drive.

That’s not all, either, as there’s a significant weight saving with the new engines, too. The previous V8s weighed 148kgs (326lbs) but the new motors weigh just 85kgs (187lbs) instead. This brings the overall weight of the RS5 DTM to sub-1000kgs (2204lbs) resulting in a power-to-weight ratio of approximately 1.6kgs per horsepower.

From our perspective, maybe the most interesting aspect of all this is that the regulation which states that an engine must last an entire season has been retained. Where the famous turbo Formula One engines of the ’80s were all but disposable, these motors need to survive some 6,000kms (3,728miles) split into multiple, short sprint runs across nine rounds.

“The format of the DTM is a great challenge,” said Stefan Dreyer, Head of Powertrain Development at Audi Motorsport in their press release. “The long mileage, distributed to many events with short runs, is really tough. Plus, the four-cylinder engine’s vibration behaviour totally differs from that of the V8. That posed a huge challenge during the development of the engine and also to our dynamometers.”

This new 2.0-litre TFSI has been designed and built from scratch, requiring roughly 2,000 new components. Its lightweight design features some new approaches which will potentially find their way into Audi’s production cars in the future.

If the result of these DTM regulation changes mean that we can go faster, for longer in the near future, then consider us fully on-board.

Now, where’s my measuring tape? I’m full sure this will fit in the front of Project GTI… 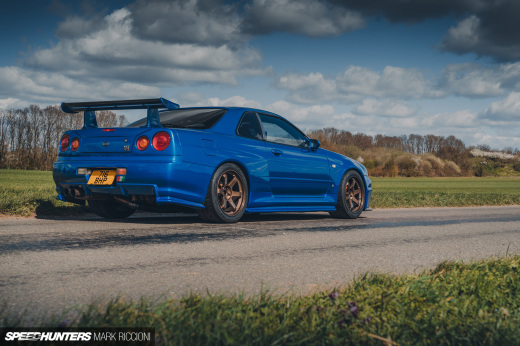 Project Thirty Four: Chasing Power In A GT-R – Is It Really Worth It?

Holy crap... so yeah, where is the link to the crate engine?

How much do you think the price tag would be if it was ever available? I'm guessing about 35K for the long block.

Way more. This isn't based on the production engine, but has its own casting and dedicated design, so I'm guessing about €80.000,--

SuperGT did this last year?

Super GT introduced the 2.0 liter four cylinders from 2014, so it's more that the DTM makes are coming around to how it's been in Class One...

Oh dayem, I've been out of touch for half a decade.

Nice! I didn‘t know they changed the engine layout until now.
Race engines really are sexy.

I wish this one in a detuned version for my S1 Exige.

Actually kinda funny they worried about the engine sound and presenting anti lag as something new, whilst being common for years in the WRC. (even at their own engines back in the eighties)

They're not presenting ant-lag as a new idea, just new to their series. When you go from an N/A V8 to turbo 4, of course anti-lag will be a new idea.

I don't suppose there's a streaming service out there dedicated to international motorsports? An all-in-one source? There are so many series from around the world that I'd love to follow from the US.

Anyway, I don't know about that "sexy" comment in here, since the view you get when you open the hood - the top - is a mess, but I do really like how condensed the casting of the whole thing is. It must use a pretty clever cooling system.

I finally got on my laptop to check out their website. THANK YOU!!! I knew about their YouTube family of channels, but never bothered looking at the main site. Very good collection of races there, and they even have a bunch of the channels I miss from when I cared enough to pay for cable!

Paddy, I'm REALLY a nice guy! Not on Speed hunters to make enemies. Especially with you man! I love cars as much as anyone on this planet! You KNOW I'm German car fanatic and a Porsche-file and I appreciate all you guys work...I mean "fun" with this website! Glad I discovered Speedhunters! This is one incredible site! That being said, where can I buy this engine? My local Audi dealer here in New Jersey? I want to drop it in my old-school Jetta! I just had my entire 2.0 ABA rebuilt by NGP in Maryland 3 years ago. Only have 3000 miles on it. So maybe I'll just keep the DTM engine as a spare.(laughing). In the garage! German people are "scary!". And I mean that in a GOOD way. I only drive German cars.

You are actually terrifying.

Uhm, thats not 98 Ron, because 98 ron is just a stamp given to al premium fuels in europe. 98 Ron doens't per se mean that its actually 98 Ron octane number. That could be as low as 95 Ron for Shell, to 102 Ron for BP/Aral ultimate, which they are using in that series and is available on the streets as wel....

So yeah it would fit from a dimensions perspective, but it is a different engine compaired to the regular VAG engine used in a Golf. And it will therefore be a mayor problem sourching a FWD gearbox to mate it up to the engine and keeping it in 1 piece. The engine is mainly different in main caps area compared to the regular roadgoing VAG engine....

For the second part, relax, it was just a joke

You actually don't have that fuel in Engeland or Ireland do you? I believe Ireland only had 95? And V-power/Tesco in the UK is actually 99 RON, compaired to 95 RON over here? I avoid V-power like the plague over here....

It could be done however. But then again, the MRSP on one of those would be "slightly" more then the whole car!

The press release was wrong, the correct information was in a separate technical document belonged to Audi Sport.

95RON maximum at the pump in Ireland, 99RON in the UK & Northern Ireland.

I saw that the last time I was there in the UK and Ireland having driven there from the mainland of Europe (and some ferrying of course). Then again: the daily is actually running on 110 RON serviced at the pump. And no, thats not a Typo.

It is weird though, that each country has mostly the same fuel suppliers, but actually gets a totally different RON octane number fuel in Europe. V-power ranges between 95 to 100. BP or Aral is between 97 and 102.

From our perspective, maybe the most interesting aspect of all this is that the regulation which states that an engine must last an entire season has been retained.

Is this a new regulation? If it isn't, has everyone been following it or just eating the penalty?

A cast aluminum block with what appears to be a cast aluminum head, weighting at 85Kg. (if that's true, since we know Marketing folks like to blow things out of proportion)....that's very impressive considering Elmer Racing's PR968 Porsche CNC engine weighs 106Kg or so without turbo and manifold. Great engineering for sure!

I remember that Porsche engine is 4-litre, this is just 2-litre.

Yes the PR engine is a 4.0L.
Still, 85Kg. for this 2.0L DTM engine, cast nonetheless is a very light engine!
Imagine if they developed a fully CNC machined block/ head! Madness!

But the Porsche engine has twice the capacity

Is it really that big of a surprise when DTM announced long ago they would be homologating their cars to the unified Class One regs?

85kg include exhaust, intercooler, turbo, and intake? If so, very impressive!

I doubt they include the IC and the piping.
In those pictures I don't see an intake manifold, perhaps they did not include the weight of that into the whole package.

The engine sound at 1:06 in the video sounds suspiciously like a BMW M3 E30 though, maybe Audi borrowed some soundfiles somewhere.

glad i’m not the only one who immediately thought of 80s turbo f1 cars haha. this is wild

paddy you won't try to put a race car engine in your gti. (do it)

no, that would be silly and impossible. just get a massive race car wing instead.
screw it, find a race car #projectracecar 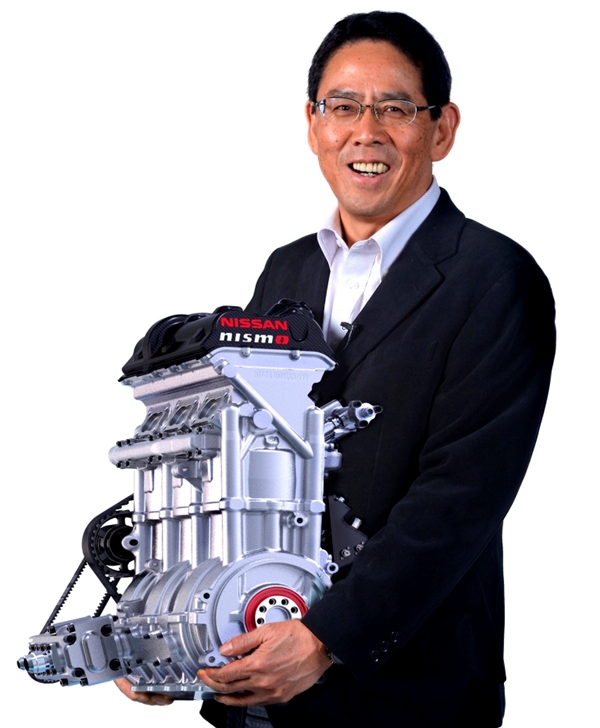 Motorwerks builds adapters for such a swap, although I believe there is a waiting list.

That's where I got the idea

Not that anyone could buy this particular engine (I presume)

Their 1.8t swaps are cool though