SHARE Passion For Speed: Old Dogs Can Still Throw Down

When it comes to track racing, the historics are some of my favourites. Old school machines battling it out on track, mostly with carburetors, a lack of power steering and most forms of traction control just makes it so raw and real.

The New Year is well underway, and the best way for me to start 2019 was without a doubt becoming a Speedhunters contributor, representing South Africa. I already have some great events, features and shop visits in the back of my mind and will be bringing you guys more content soon.

The Passion for Speed festival is an annual event that’s now in its 18th year. It takes place at Zwartkops Raceway and features both historic and modern racing classes, but for the first part of my coverage I want to focus on the originals, the characters, and the real dinosaurs of racing.

Arriving early on race day and strolling through the pits where the saloons were stationed, you could see the love and dedication the drivers have for their timeless racing machines. It’s not just your typical chequebook racing, but rather true passion.

I’m pretty sure building and often repairing these cars is just as satisfying for the drivers as the actual racing. There were many people busy doing last-minute fixes and fine-tuning before heading down to pit lane for their turn to see if their old dogs could survive a few laps around the circuit.

The variety of cars was amazing to see, from tiny Italian numbers like Alfa Giulia 1600 Supers, to Ford Capris with big V8s and super-wide slicks, multiple Ford Escorts, stunning Porsche 911 RSRs, and even big old Ford Galaxies and Fairlanes as well as a very special Ferrari 250GTM, previously raced by Sir Stirling Moss.

That’s a pretty odd choice for a tow rig?

Seeing these classics sitting still is one thing, but experiencing them on track is something else, and it’s definitely an experience, not just a race. Seeing and hearing small-capacity, high-revving cars like a Mazda R100 or Datsun SSS throwing it down with rumbling V8 Ford Capris and Chev-powered Can-Ams was pure bliss. A real David versus Goliath battle, where driving precision, better braking and a lightweight chassis can many times outweigh brute force, especially on a shorter track like Zwartkops, which is only 2.4km in length.

What I really like with this type of racing as well, is that quite a few of these drivers are even older than their cars. One of the local racing legends, Willie Hepburn, is 80 years old, but yet still races his cars like there is no tomorrow. On the day he was racing a  Camaro and didn’t hold back one bit. Now that’s the type of grandpa any grandchild would love to have.

Not much ticks my happy box like seeing old Porsches hammering at the tarmac, and at this event they were so well represented they could’ve probably been in a class all on their own. I counted at least 10 911s which were all amazing in their own right.

Two RSR turbos in particular, a 1972 and 1974 model, were rather tasty. Both covered in Martini liveries, exposed turbos at the back, and with massive rear wing setups, made me all jelly inside. And that’s not to mention the sound… There were also two different Jägermeister-branded 911s, and they weren’t slow either.

The most anticipated cars for the event were  definitely the Pre-1974 International Sports Racing Prototypes/Trans-AM and Pre-1968 SA TT Le Mans Sebring Sport & GT categories, which featured some real gems.

There were two amazing Lola T70s in this field that looked great, sounded even better, and their drivers weren’t afraid to send it around the track, really letting those old school motors open up.

Of course, you’d expect to see some Ford GT40s as well, and in that respect the event did not disappoint. Two of them were flown over from Sweden to compete, while another was an amazing locally-built replica by Bailey Cars.

What really stood out for me was the Lancia Beta Montecarlo replica, which its owner built without having any drawings or moulds, but purely from looking at photos acquired off the internet.

The little red Chevron B8 that competed was the biggest surprise of the day though. It was so fast and agile and overtook most of its competition, but was ultimately beaten by the British Racing Green Genie Racing Lola T70.

Classic and historic racing might not be the fastest thing to watch, but what it lacks in power and technology it more than makes up for in soul and unadulterated passion. Real racers, most of them old school, putting their everything into what they do. Here it’s not just about winning the race, but more about comradery, being part of the culture of racing and just having a good time, no matter the outcome.

Check back soon for the battle between the modern-day supercars at the event. Chequebook racing accompanied by big-power high octane engines and skilful driving all in one. This is where it’s all taken much more seriously. 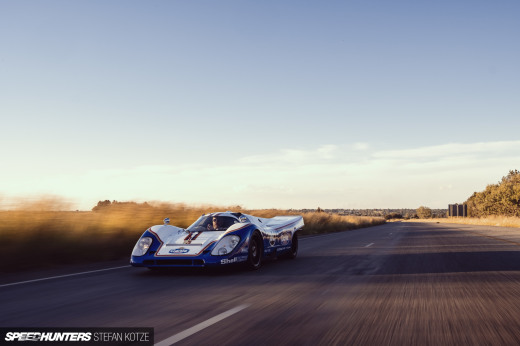 Speedhunting From The Other Down Under

Thanks, I have all the time in the world for the older stuff!

Congrats on becoming a Speedhunter mnr Stefan!! So good to see our cars on here !!

Lol, if you understand the fundamentals of race car building you can build a fast car no matter if its new or old. Air brakes have been around since the 50s and are nothing new, but here comes a Veyron and all the sudden it's new technology to people who don't know their history.

It's the same thing when air suspension started becoming popular over the last decade and everyone was like, you can't race with that. Meanwhile it was already done in the 50s as well. What I think is great, is that when old cars were fast, a skilled driver plays a massive role in it. You really gotta have some skill and balls to drive some of those old race cars in anger and not crash, whereas some of the newer stuff have so many assists and stuff, to help even an average driver at best be decently fast.

i wish i could've attended the show at Killarney. no guessing which is my favourite car/picture there.
any idea who owns that Capri now?

Yeah I also didn't make it down to Killarney, but Zwartkops was pretty good. It's owned by Darron Gudmanz now. Was pretty strange to see him racing that. I'm used to him racing his R35 GT-R and Skyline R32 GT-R in the hillclimb, so it was quite strange to see. That thing was moving!

That's what I call a proper VIP parking.

I was driven around Kyalami in Pablo's Ferrari 250GTM , that car is truly special vehicle drove around in a few other Ferraris but that 250GT is out of this world Raw Raw Feeling

You're a real lucky man! Must've been a helluva experience!

Hahah my bad. That would've been me accidentally publishing it before it was finished. Glad you liked it! It really is such a pleasure seeing these old legends being used as they're supposed to be.

Thanks, appreciate the feedback. The follow up article should be up soon.

Congrats on becoming a contributor Stefan. Good to see a South African on her repping our tiny piece of car culture.
Any plans on covering some of the smaller none-race events going around?

Thanks Michael! If it's interesting enough I will definitely yeah!

Thank you for a great coverage!
I don't recognize the #A17 "Team JDR Racing" car. I think the badge in the grille says Chevrolet but I don't think I have seen a Chevy like that before. Would appreciate if someone could help me identify the car! Looks really cool

Did some googling and found it be a Chevrolet(Vauxhall) Firenza. Very cool looking touring car. Especially flaired out like the A17 in the picture!

You'd be correct there. It's a Firenza indeed. They were quite popular over here. Don't think they were sold everywhere though. We still see some in the historic racing and drag racing circles over here

Awesome to see some many cars from so many ages show up to an event like this and rip!!!

It's amazing to see these golden oldies still being enjoyed so thoroughly!

Damn, miss living down the road from Zwartkops, used to be able to pop down most weekends to just chill out and watch some automotive awesomeness.

Love the fact that SA is being represented, cant wait for the next article.

That must've been really cool. There's always some cool stuff that pop around on the open practice days on Wednesdays. Recently saw a father and son arrive in their M3, pop helmets on, do a few laps and then go home again. I thought that was really rad.

I need more info on that Volvo Amazon!!!

Looks badass doesn't it. I can check if I can get some more info on it.

It's the white Camaro with number 13 on the side. You'd be correct in saying it's a second gen Camaro. On the racing program he was supposed to race a 68 Camaro, but I think he changed cars. He was also racing a 71 Capri on the day 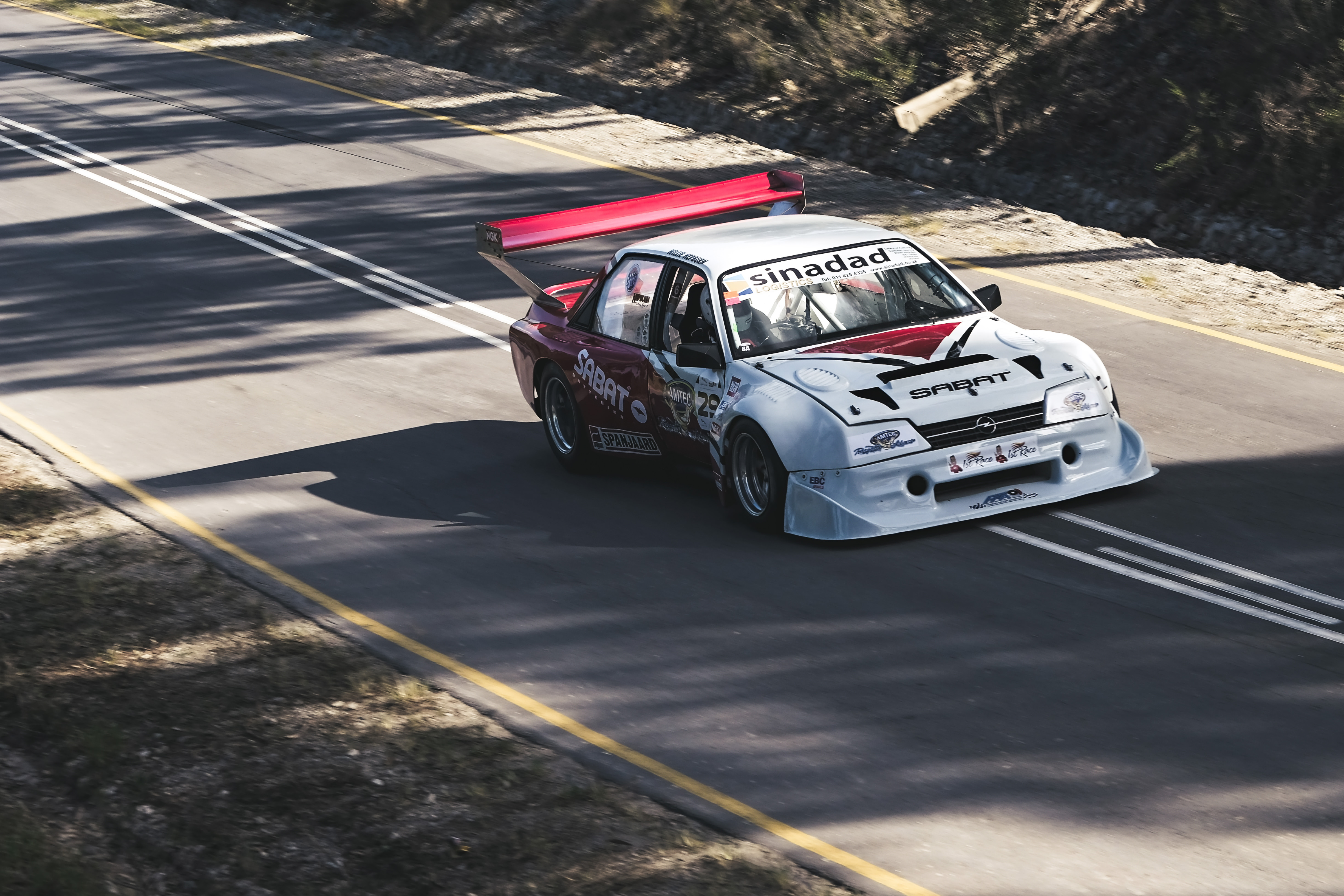 I was at the Killarney passion for speed and what a awesome event it was. Stefan congrats and good luck with your speedhunters venture. Does this mean we can order speedhunters goodies through you now?

Still need to make my way to come shoot some stuff in Cape Town sometime. Thanks so much! I wish, but shipping here is the issue. But as soon as there's some options to get merchandise here, I'll let you know,

Sweet bru! When you're back in SA again we'll have to have a braai

Thanks man! Yeah it just works on the older stuff doesn't it!

its no wonder he takes this amazing car culture and scenes

That's amazing. Never knew that, thanks for that amusing piece of information! Glad you like my content on here

Had a chance to watch vintage racing at VIR (Virginia International Raceway), and I've been hooked ever since. The open-ness of the paddock and the friendliness of the drivers is mind-opening. They all have a true passion for what they do. I hope to someday get my Spitfire 1500 (soon to be 1800) out on the track.

That is probably one of the best parts of vintage racing. No one's full of themselves and everyone is super friendly and helpful with each other. Hope you get it running soon, will be lots of fun around the track.