It’s not until we started to put together these end-of-year posts that trends and fashions began to present themselves.

Tastes are always evolving and changing, but what I’d like to think we do a pretty good job of is showcasing a decent gamut of different car cultures and ideals. And although there’s a definite theme to this year’s top 10 feature cars, there’s still lots of variety within this list. As with the others, This countdown is based solely on the easily-quantifiable number of views for each story, rather than any other influencing factors.

But what do you think? Did you have a favourite feature car that isn’t shown here? What types of cars do you want to see more or less of? Let us know in the comments below.

#10. The Honda-Powered, F1-inspired Ford Model A

Some things just don’t need to make sense. At least that’s what I’m sure Ricky Boada tells himself every time he looks at his fully bonkers 1930 Ford Model A.

Trevor brought you this nuts build back in June – there’s a Honda 2000 F20C motor under the hood, huge exposed drag slicks and aero inspired by a ’90s Formula One car. During the shoot Ricky proceeded to blitz the thing through a flooded road, with no windows, and went off-roading. Mad as a box of frogs.

We’re constantly being called upon to show Imprezas and Evos more love, and Takeru-san’s Voltex-clad Mitsubishi Lancer Evolution VII went down well. Drawing inspiration from all around the globe, from The Fast and the Furious to WRC, this build is a perfect display of what happens when different cultures meet.

It’s a gorgeous melting pot of race, stance, rally and show influences, and set against a typically Japanese backdrop, this Evo has incredible road presence.

What’s the perfect way to recover after an 11-hour trans-Atlantic flight and all-night pre-SEMA build session? By jumping straight into another feature shoot of course! Paddy managed drag himself down to Newport Beach to meet up with Porsche guru Joey Seely to bring this unique Safari-inspired 911 build to you.

A refreshing change from the increasing number of classic 911s being kept in pristine condition locked away to retain their value, the E-Motion 911 was caked in sand from a day’s filming thrashing about the desert. Seeing it rolling through the picturesque Newport Beach neighbourhoods was as juxtaposing as putting knobbly off-road tyres on a 1987 Carrera. Very much Speedhunters approved.

Classic cars feature heavily in this year’s top 10 list, and this is the first of two S30s in our countdown. This timeless yellow beauty belongs to Jeremy Gomez, and features a Rebello Racing 3.5-litre engine based on a Nissan L28.

Here’s an IAMTHESPEEDHUNTER submission that went down a storm, and why wouldn’t it? Add a 6.7-litre Ford Racing crate motor and a supercharger to a ’68 Fastback, murder the thing out, and introduce some posh suspension and brake components and you can’t fail.

Stefan Kotze captured this imposing and very custom American classic on the scenic roads above Cape Town. With 800hp and 1,000Nm torque, the ‘Black Death’ title was fitting.

On the other side of the Pacific to the yellow 240Z featured above, Ron discovered Sato Tatsuya’s 1975 Fairlady Z in Japan, and quickly arranged to bring you this immaculate build with a spec to die for.

#4. A Duo Of Tasteful Porsches, Without An Overfender In Sight

John Sarkisyan is a man not afraid to stamp his taste on his cars, as attested to by his matching Porsche 356 and 912 builds. Transforming both cars from completely trashed to show-stoppers took seven months of 12-hour-long days, but the results speak for themselves.

Every single detail has been pored over and shown love and attention, from the fittings and finish to the colour palette and parts used. A lot of custom work has gone into John’s Porsches, but the builds caused controversy in the comments section. If everyone was the same, the world would be very boring, I guess?

Matt’s aim with the Fox body was to create a Mustang that could corner, and extensive work went into the suspension and chassis to bring this goal to fruition. There’s a Ford Racing 5.0-litre V8 under the hood, and lots of unique custom touches too. This build oozes Matt’s personality.

2. Taking On The R.Junky GT-Rs In Japan

Is it me, or is the R32 Nissan Skyline GT-R a car that’s getting better looking by the day? We shone the spotlight on Saitama-based collective R.Junky during a smash-and-grab photoshoot on Japan’s busy streets during the summer.

Mark’s images grabbed your attention first, but Paddy’s provoking narrative made this story a big hit, and it was reflected in the feedback that you gave us. It also made me want to sell a kidney to buy an R32.

#1. A Widebody Miura To Upset The Masses

Leave it to Kato-san to make the internet lose its mind – it’s becoming somewhat of a trademark of his. When the Liberty Walk Lamborghini Miura was unveiled at Tokyo Auto Salon in January, Dino was first on the scene to secure an exclusive look around the car.

Everyone calmed down a bit when we found out that it was a replica, but Kato-san’s ability to make the car world take note had worked again. The Miura is one of the most unreal-looking classics in real life, and the addition of Liberty Walk’s signature overfenders takes it to another level.

It’s clear as day that the big trend in 2018 was reimagined classics, with no less than eight of the 10 here being cars created before 1990. What does 2019 bring? My prediction is a boom in the popularity of performance ’90s machines – it was a golden era for analogue performance cars, such as the Escort Cosworth, R32 Skyline, Evos, Imprezas, early Mustangs and performance German metal.

Maybe I’m just projecting my own tastes here though, so what are your predictions?

USDM EVO VII???? is it me? or I did not see any USDM bits in that EVO. maybe its just the USDM styling, stance etc. but it could've been REALLY DOPE if it was a imported EVO from the US and LHD. lol.

The Evo VII wasn't even sold in the US. I don't care to look right now, but I'm sure the comments section for that story had a field day on this "USDM" claim.

I wish that Muira kit would be available for purchase! Anywho, great choices, but that LS mustang Shooting Brake shoulda been in here... hey other than that, you nailed it! 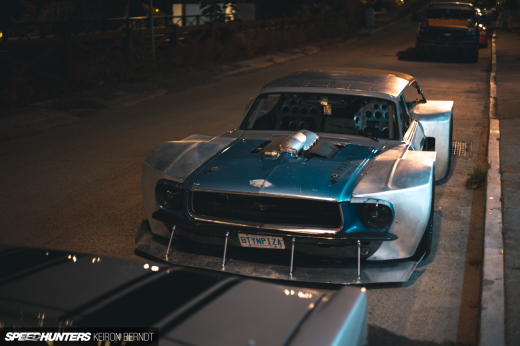 What a great top 10, it reminded me to re-read the GTR article Paddy wrote. Probably my favorite article on Speedhunters.

Other than that, I REALLY didn't do much to the car!(laughing). No problem. VWVortex profiled me and my ride. Google: David Alston + Mobil 1.

With just a mod list like that and stock exterior, yeah it's never going to be Speedhunters material.

You sound horribly desperate for attention

Someone sounds a bit salty

Not even! Just joking! Speedhunters is incredible. Just having some fun. I probably don't have enough "speed" since I'm not pushing 400hp but when you see my ride it won't even matter! People have some incredible cars around the world and that's great! Love checking them out! Speedhunters rocks!

2019 is gonna be better since we’ve reached peak Porsche.
Moving on...

I have to disagree mate! there can never be enough Porsche for me

What a great selection of cars! I reckon my personal top ten would have to include this one: 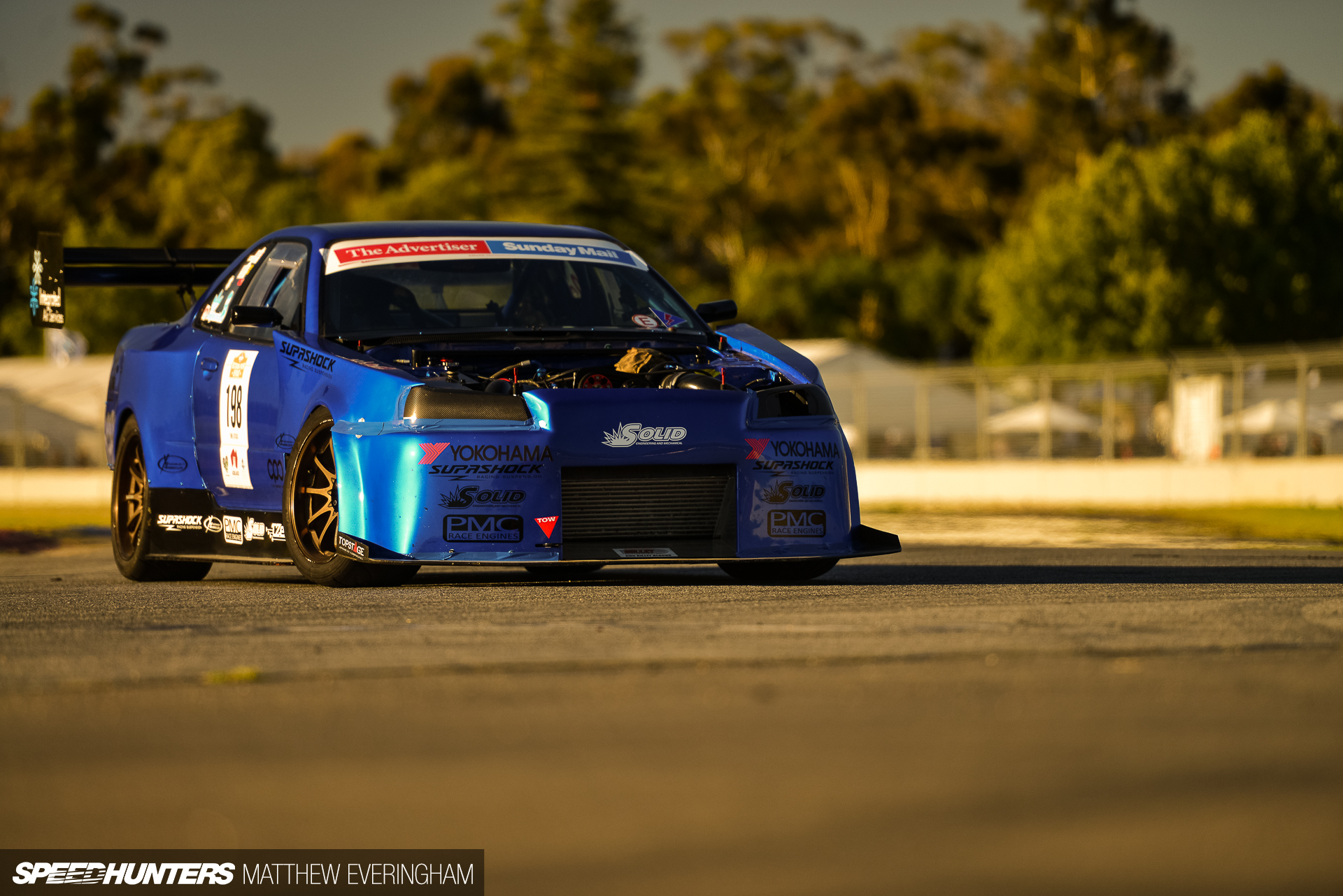 What a god-awful list of uninspiring, excessively covered car models. Not to mention how much SPEEDHUNTERS sells out on the trends.
Out of the hundreds of models of cars ever made, TWO of the ten are old Nissan Zs, and THREE of the ten (because 4 would be too ridiculous) are old Porshes. Not to mention an Evo which is just a bunch of aftermarket parts.
SPEEDHUNTERS please tell me this is the list of car features which recieved the most traffic and not a list of hand picked cars.

Dude, did you read the article? It was compiled solely based on views...

What does 2019 bring? My prediction is a boom in the popularity of performance ’90s machines – it was a golden era for analogue performance cars, such as the Escort Cosworth, R32 Skyline, Evos, Imprezas, early Mustangs and performance German metal.

Sounds like a pretty solid list. Less hypercars and more blue-collar driver's cars and that I can get behind.

I LOVE that Matt's mustang was included on the list... But, lets be honest, here in north america his mustang is middle ground at best. He wouldnt even keep up with the street mustangs in my city. Hell, MY mustang is practically exactly the same as his but a hatch and a turbo 383 stroker pushing 500+ to the wheels...

if Matt wanted to build a drag car he could have, he decided to go the opposite route hence the irs conversion, brakes, suspension, widebody etc.

Hey dont get all butt hurt Nate, it's just the facts. His car is in the top ten because of HIS popularity...lol. I well aware of every inch of his car because I followed his build since day one. The Smoking Tire popularity is what got it on the list. Now stop being a baby and go do some googling on other mustang builds before you defend his build with your ego. lol

You know every inch of his car because you watched some videos? lmao
I don't need to defend his build, I don't care for the guy but calling the car middle ground is stupid. Just because you are envious doesn't mean that you need to let everyone know. He made the top ten because people like the car and Larrys photography, it wasn't an article on Matt Farah.

Nate, let's be honest here, he took a coupe and threw the Maximum Motorsports catalogue at it. Nothing new. The wheels are awesome, I'll give him that.

Oh I'm aware of what he built the car for! I built mine the same. Have all the same parts. That's not a new trend in North America. geez..

lol im sure you do.The car has far more money and time in it than you know, and he auctioned it off for charity so you might as well drop the know it all act.

Some super amazing cars and builds showcased this year! Stoked to see my Mustang shoot make it into the top 10 as well

Thanks for the opportunity!