That was the question dancing inside my head as I read the message flashing on my phone’s screen early that morning. Staying out until the early hours of the morning with Blake and a few others car enthusiasts, meant that I had gotten only a few hours of sleep. However, the invitation on my phone was just too enticing to ignore.

The message was from my good friend who goes by 911omomuki on Instagram, and whose 911 we’ve featured on here before. The message included a few images of a variety of 911s being carefully manoeuvred into place for the day’s event.

“My car will be in the show, and I’m looking forward to seeing you here!” read the message following the images. “OK! I’m getting ready and will be there soon.” I replied.

I mean, what else was I supposed to do? It was a beautiful Sunday morning, with a few friends and an incredible group of Porsches just waiting for me.

Knowing that trying to find parking on a Sunday morning (actually early afternoon by the time I would arrive) near the Yokohama Red Brick Warehouse complex would be nearly impossible, I opted to leave the Skyline behind, and take advantage of Tokyo’s amazing public transportation system.

Upon arrival though, I realised that I had seriously miscalculated how many people would be at this event. Although the event wasn’t really publicized, the event was located right in the heart of the warehouse complex – an area that is already crowded with families and tourists trying to enjoy the sights.

The addition of 20+ Porsches of various generations and styling only added to the crowd.

Thus a new game plan was in order – instead of waiting for people to get out of the shots, incorporate them.

For added difficulty, and to ensure that I had to work with the environment, I stuck to only using my trusty 50mm f/1.4 lens.

The goal was to try and recreate the event’s atmosphere and experience as a whole, and not just an area packed with rare, and expensive Porsches – which I must admit was pretty damn cool.

So, the following images are my recreation of what a highly packed tourist area looks like, with some of the finest machines to ever come out of Stuttgart…

wow Porsche overload lol.
I actually ran into a guy with a legit slant nose a few months ago. I managed to ask him about it while ringing him out at our store. It was a drop top like the one in this gallery, but it was black. I would have snapped some pics but there was an older woman in the passenger seat lol.

Haha im sure she appreciated you not taking the picture. What was the story behind it?

Nothing crazy, he is not the original owner. He said he got it in California years ago. Kinda funny how casual he was about it.

I know, big fish tale. I try to shoot the shit with people who drive up in exotics, but a lot of the time they shrug off the awesome ride they have parked outside.

I don't think they could have picked a more beautiful spot for a show. I'm surprised at the Cayman turnout, though. Not that I'm complaining; I've been daydreaming about the day the 981s depreciate a bit more into my budget...

They really couldn't have done better. Crowd was a bit of a mess until I said screw it lol. There was a pretty big showing of Caymans. Guess as the prices of 911s continue to rise, Caymans are being more and more of the go to Porsche for enthusiast here

Is it bad my favourite pic is the hedgehog in the santa hat?

Haha, I swear I had a palm-sized stuffed animal of exactly that when I was little!

Haha nope. Not even mad at it

was wondering legit or wannabe's?

I love how Speed Hunters, keeps teasing us with Mid Night Club cars... I see you.

I love all the wide-body here...what kind of body kit is that on that hedgehog? Some sort of Santa special? (SO FREAKIN CUTE)

haha I'm glad the hedgehog is getting the most love

Fantastic photos. You did an amazing job working around the crowds to get some pics of these amazing machines

Thank you. It actually becomes a bit 'more fun' trying to work with the crowds. If you want to wait for that split second where everyone is gone, its def do able... but my patience is only so long =__=

What is this? A 964 or something water cooled? The headlight says the former but the bumper suggests the latter... 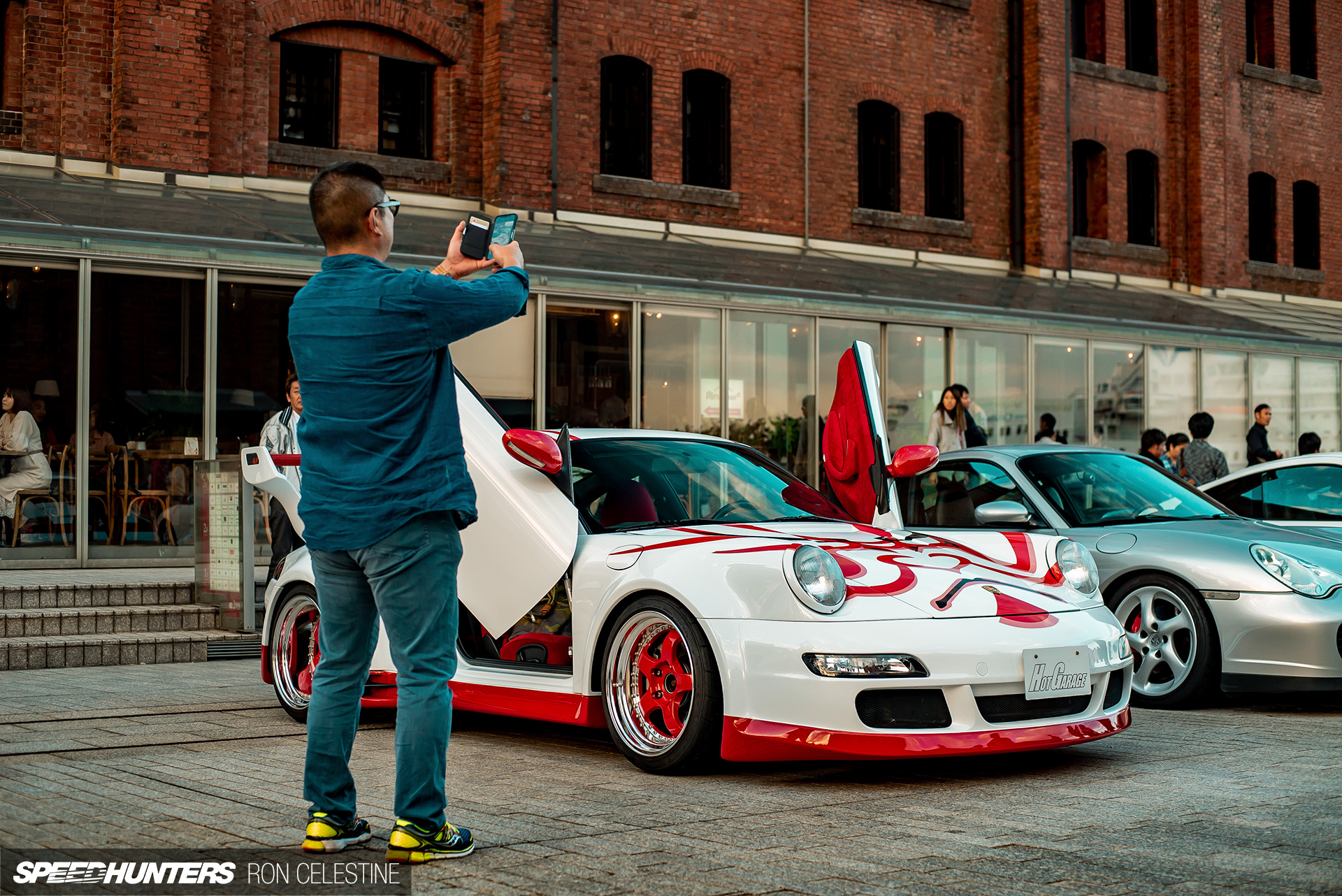 It was a 996 with aircooled fenders molded in

Most expensive free car show ever haha, took the 911 up there and got caught in a police trap. ¥9000 yen ticket. Was a good selection of cars especially the RUFs

Can we have more on that Mid Night Speciale? And the hedgehog.

The hedgehog on the other hand...

can anyone shed some light on the first car? The silverish blue one. I'm not that in tune with 911's so i'm struggling to figure it out.