As I mentioned in my initial coverage of Motovicity’s 2018 Speed Ring event, there were lots of interesting battles throughout the day.

If you’re not sure what I’m on about, do yourself a favor by hopping over to that story and catching up on how the bracket-style hot lap battles go down. Or, just in case your clicking finger is broken, I suppose I ought give you a quick intro…

As like Formula D or a drag racing shootout, drivers qualify and are placed into a bracket before facing each other in head-to-head battles. As a driver you get a lead lap and a follow lap, and the winner of both moves on. It puts tons of pressure on the drivers to perform wheel-to-wheel on one lap, and it’s a format that I hope becomes more popular. Although I posted near 100 photos in my first story to give you a full picture of the Speed Ring experience, I still wasn’t able to touch on all of the other interesting driver match-ups that happened earlier on Sunday.

So, that’s what this post is all about: the battles of Speed Ring.

Because, really, how often is it that you see an Alfa Romeo going up against a V6 Mustang one-versus-one on a hot track?

In all honesty, I’m not sure if I’ve ever even seen a V6 Mustang race (only kidding… probably), but Shilun Wu’s supercharged Ford had more than what it took to take down the Italian sedan.

Meanwhile, if you’re wondering, that C7 in the cover photo edged out the Honda. It’s maybe not a huge surprise, but as one of the earlier battles these two were opposite each other on the bracket anyway. There’s a JDM hero story coming in the future, so don’t worry.

With the classes not differentiating between RWD, FWD, and AWD powertrains, many of the battles were a mixed bag. As the event grows we might see more distinction in each class, but I sort of hope that doesn’t happen. Watching the drivers take their own lines in the mismatched battles makes for a more interesting weekend full of upsets at this grassroots grip event.

Unfortunately for the owner of the largest of all Miatas, this NC was unable to surpass the grip and big power of the even larger Evo. Maybe next year?

For every battle where a victor seemed obvious — which wasn’t how things always turned out anyway — whether by drivetrain advantage or the amount of aero stuck on the car, there were plenty where the cars matched up nicely. At least from the outside, that is.

My favorite match-up from the weekend was this one where Jackie Ding and his Honda S2000 took on Darby Barber’s NB Mazda Miata. At first glance the cars seemed to have similar setups, and my assumption was the power advantage of the Honda would allow Jackie to walk away from Darby and her Mazda.

But once the round started and the cars flew by, the exhaust note of the BP sounded like it had a bit extra going on under the hood. As a result, the drivers split the first round with Darby taking one fastest lap and Jackie winning the other.

Back on the course for a ‘One More Time,’ it was anyone’s battle. The first lap looked tight, with Jackie just barely taking the win from the Miata. On the second hot lap, Darby appeared to be a couple seconds off the S2000 after going too deep into turn one.

Unfortunately for Darby, this meant her weekend was over and she cruised into the pits where I caught up with the car for a peek under the hood.

It’s always good to see a Miata stuffed full of good-looking and quality parts. I heard this setup is capable of over 300hp, which really makes me want to do similar with my own NB. But as much as I ought to, I’ll probably just end up selling it instead. Anyone want a salvage title 10AE? Didn’t think so…

Anyway, given that this Miata has significantly more power than Jackie in his NA S2000, if Darby hadn’t overshot the entry to turn one Jackie says it would have been a really, really tight round for him.

On the topic of Miatas, there was a certain NA that immediately caught my eye at the track. Probably because no matter what angle you look at it from, it’s looking right back at you.

This is Grant Walker’s Miata, and for his next match-up he’d be facing a Chevrolet Corvette C6 with at least a few more cylinders. Still, the Miata being side-piped and not sounding anything like a 1.6 or 1.8-liter, I thought he might have a pretty good chance.

Toss in the massive diffuser and big aero up front and I was definitely rooting for the little Mazda. Sadly for me, and probably a bit more so for Grant, the ‘Vette was all over the Miata and the outcome seemed inevitable.

American muscle won out, and the Chevy moved up the bracket.

Still, the car that interested me most out of the two was this Miata, and after a bit of poking around in the paddock I found it tucked into the corner. Again, seeing modified Miatas just makes me want to spend money on mine.

Moving away from ways that I can spend money, I took a look at how Grant has spent his on what seems to be a very proper build.

While he wasn’t around to answer any questions, the answer to the biggest one I had was pretty obvious…

A K24 powerplant completes the ‘Hondiata’ and is good for more (and reliable) horsepower in a similar package. It’s definitely a cool swap, and this confirmed my suspicion that Grant is a wild man. But there was one last detail I wanted to sort out.

During the event I noticed Grant flipping up the pop-ups, while other times I saw the car running with them down. Even in the middle of a lap I’d sometimes see them suddenly popping up (as they do, I suppose). My initial guess was that this was some sort of subtle cheat or a loophole in the rules that Grant was exercising. Or maybe there was ducting so he could keep his brakes at the perfect temperature?

Poking around the engine bay, it didn’t appear that this was the case at all. As much as I love a good fandangling of the rules, it seems, for now, these just supply some extra fresh air for the motor.

Throughout the day the seemingly mismatched battles continued around the insanely fun-looking course; FWD versus RWD, Evos and Corvettes et cetera. Most of all, it was refreshing to see cars I’ve actually driven and gone for rides in being taken around the track rather than some tube-frame silhouette racer or an unimaginably expensive prototype.

While these other insanely high-dollar cars are great, it was cool to see builds I could relate to in these head-to-head battles at the Speed Ring. That isn’t to say that the competitors hadn’t invested serious time and money into these cars, but it just showed that you don’t need to have a budget of hundreds of thousands of dollars to go racing and have a fun weekend.

After the K-Tuned Civic took down the C6 Corvette above, it had yet another American muscle car to beat.

The laps were tight, but Luke McGrew bumped the Civic off the podium in this particular battle.

But, all things considered, the real hero of the weekend was Will Au-Yeung. He took down the Dodge Viper and went on to take the top spot in the Track Modified class at Motovicity’s event. I’ve shot his RSX, and I’ll be bringing it to you soon for one last story from the Speed Ring.

I hope you enjoyed my take on these head-to-head time attack battles, but if it just left you wanting more you can check out the replays of the Speed Ring livestream here. 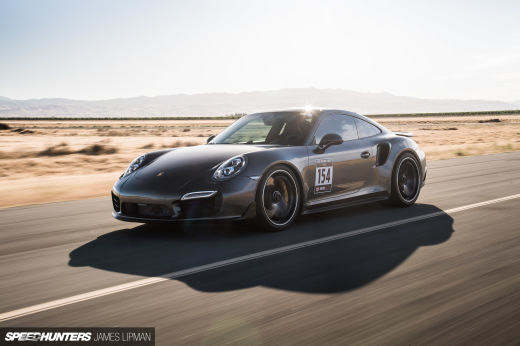 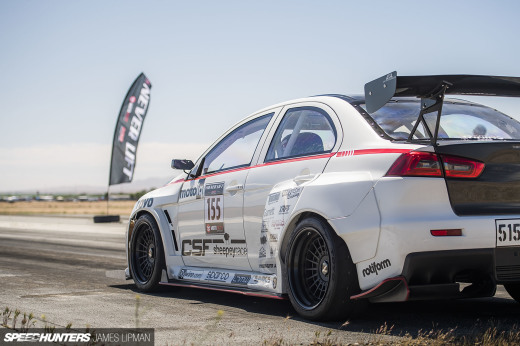 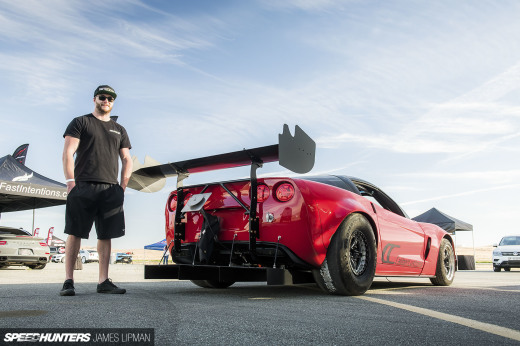 We need a feature on that miata.

I know Grant! He's awesome!
His miata build is great. Last time I talked to him at GridLife Midwest, I am pretty sure he wired up the pop ups to his brake pedal switch. He calls them "Air Brakes"

I was thinking of "Takumi Style" drag reduction on straights and more fresh air in the cornering/low speed areas. The idea of linking them to the brake pedal is brilliant, that's an engineering solution at its best.

When you have FWD cars taking down RWD cars, for sure.

There’s a JDM hero story coming in the future, so don’t worry.

Hope you feature that Honda on the cover photo.