I’ve lost count of the many Players events we’ve attended over the years.

The show itself pre-dates Speedhunters by a couple of years, but it’s often been said that it’s the show that best reflects the Speedhunters ethos of all-encompassing car culture. Everyone is welcome here, and the same is true for Players.

I’ve often considered Players to be the most accurate reflection of UK car culture. Whether you like what you see or not is irrelevant, as it’s the show simply holding up a mirror to the scene. Yes, there’s an element of quality control involved but it never feels elitist, as it’s just the organisers rewarding those who have put in the work or executed an original idea. There’s certainly nothing wrong with that.

It’s a show that continues to grow as the years tick by, both in quantity and diversity. Rather than try and re-invent the wheel every year, the founders Jay McToldridge & Carl Taylor have let it evolve organically so it always feels the same, but just a little bit better each time around. Players Classic on the other hand, is the venture with which they’ve allowed their creative ideas to flow.

I’m going to purposely keep this brief, as to be honest, there’s only so much you can write about an event before you venture into repetition. I couldn’t make Players 12.0, but thankfully our very own Mark Riccioni did, and he took enough photographs to likely give you a repetitive strain injury.

That E28 with the massive gold turbo
Ooft

Please tell me, what's that wing on the black r34 gtr?

Is that R34 with Top Secret front bumper and TE37s an actual Mid Night Club car?

Any show with a Mk4 Escort Van is alright by me!

I want more of that sweet 86 in the first photo!

Awesome coverage! Tons of good stuff. I think my favorite is the split window bus with the porsche engine in it.

It's really driving me crazy, surely that sticker should read: "Imagine (IF) all the scene kids got along together"!? Shit like that really winds me haha!

It's a Liberty Walk reference - no 'if': imagine all people living life in peace (I guess itself a mis-quote from John Lennon?)

The great thing about being a photographer, you can always get your own car on an article haha your R34 is awesome!

Love to see more of the aircraft inspired z32.

Personally I'd REALLY Love to see the midnight purple Z32 (THE rarest color for the Z32) first, as the aircraft version would be 50/50 for me given the...well, rat-rod nature used on a car that to me simply does not work, but damn- what a CRAZY car!
After all of the requests for a Z32 or two on here, seems like the purple version may satisfy more people.
Oh, and that Hakosuka was simply on-point, and amazing.
GREAT work Mark!!

Oh, and nearly forgot to add that both bayside blue R34's look amazing, they both look immaculate!

This Type 2 Transporter van (we call it a 'Kombi' where I'm from) is on point. Fuchs are always a good match to air-cooled VWs, 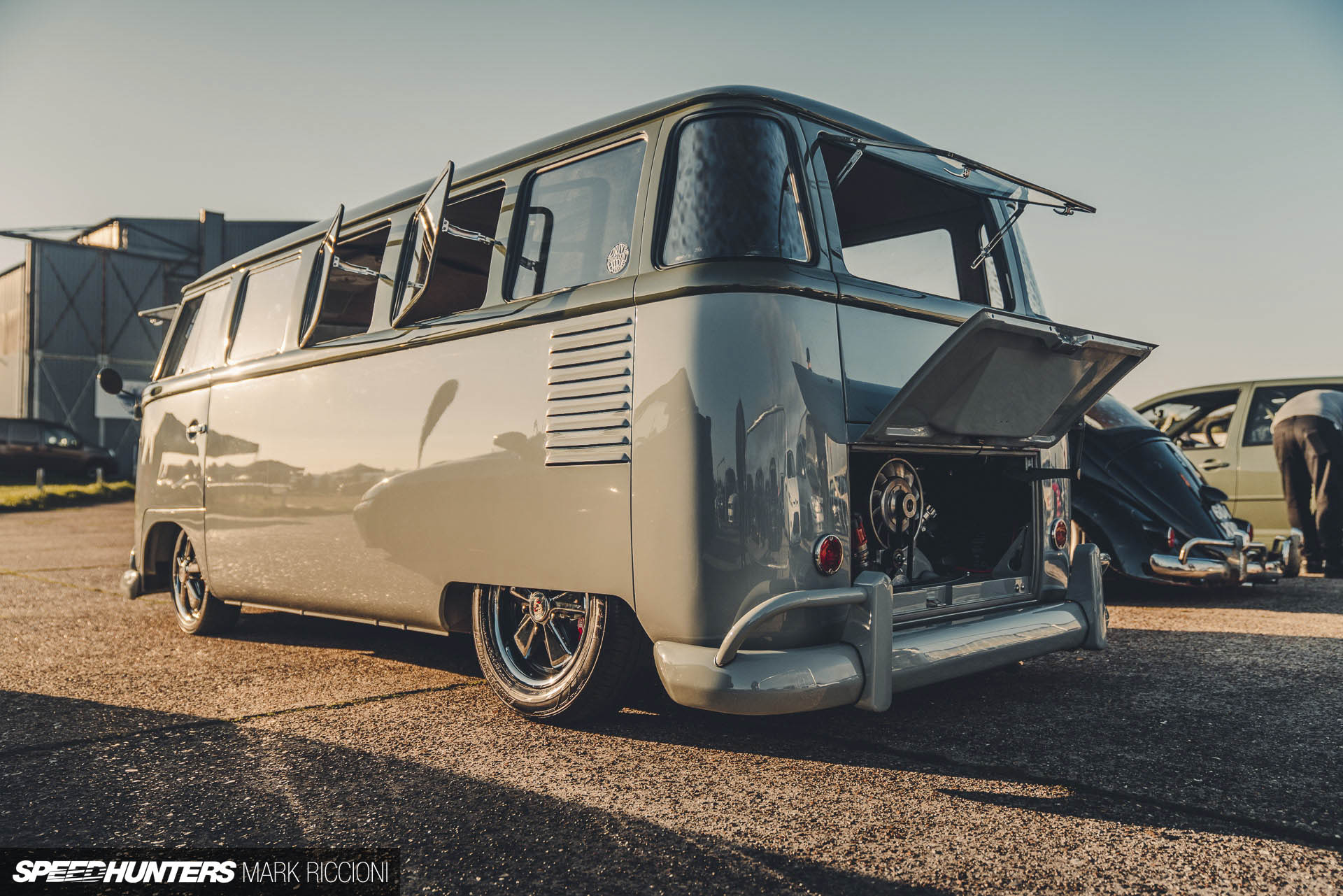 Article should have been called 'Low cars shot from low angles'

The Players show over there looks just like the Canibeat show they have in Princeton, NJ not too far from where I live. It's at Princeton Airport and they have a hanger just like Players. You should fly in from wherever you are and catch it next week Oct. 13th. If the weather is nice/dry I'm going to drive my MKIII Jetta down. There are some vicious cars at this show! A guy had a GT-R last year that had almost $200k in it. Hope you can make it!

Looks like stance dominates the UK then. Is that Z really riveted or just a vinyl wrap?

you will never see the cars that dominate the uk, simply because speedhunters team don't attend or see any ghetto car meets, only these big glorified ones. ford st & rs's, audi rs's, vw r's. and a shit load of ratty rwd cars with welded diffs is the usual commodity. the other side of it you will only really find at track days and in peoples garages. English weather sucks.