What is it about Porsche that’s so special? It’s not a particularly difficult question to answer; much harder would be to deliver a concise response. Porsche has had decades’ worth of success in so many different areas, and everyone has their own reasons for loving the brand.

Due to this, it’s only fitting that one of the Petersen Automotive Museum‘s recent exhibits has been dedicated to the marque. Here until April of 2019, The Porsche Effect strives to answer a similar question. More specifically, the exhibit explores how “this marque became a recognizable symbol of postwar affluence and an iconic producer of luxury vehicles.”

As predicted, the answer is not simple. Instead, it spans through five distinct collections within the exhibit which are titled Elements of Style, Zuffenhausen and Beyond, Extended Families, Innovation through Competition, and Word/ Image/Object. It’s far too much for me to discuss in any detail here and the exhibit really is something you need to see in person.

But there were a few cars in particular that really commanded my attention. Especially this one, which you’ll come across in the lobby before even entering the exhibit.

This particular Marlboro-livered 993 GT1 earned 21 podiums, which included eight wins, over 36 races. While my polarizer was wreaking a bit of havoc on the bright neon red paintwork, most will know that this orange-ish hue is indeed the actual color of the car.

The reason for this lies in the old technology that powered our televisions in decades past. With most of the audience watching races on TV, this color would come through as the proper red if you were following along at home. While no longer a direct advocate for tobacco, I’m glad the iconic livery was retained.

I spent a good 20 minutes here in the lobby absorbing this one car. The bodywork is phenomenally impressive and seeing it up close brought back memories of my younger, more defining years when this car first made an impression on me.

Personally, if I had to represent Porsche with one car, this might have to be it.

Or would it be the 1979 Le Mans-winning Kremer Racing 935 K3 tucked into the back of the exhibit? I fell in love with the 993 GT1 when it was released during my childhood, whereas this car is one that I’ve come to appreciate over time.

Clearly sharing similarities to the bodywork of the one-of-one DP Motorsport 964 Turbo I shot in Miami, there’s no mistaking the distinctive look of these racers. But as iconic as it is, it just doesn’t have the same place in my heart as the GT1.

Properly jaded after taking in the 993 race car, I glossed over an original Spyder and made my way into the actual exhibit.

It’s here that you’ll begin your journey through time with Porsche. First up is the only remaining pre-war Type 64, one of three designed and built by Ferdinand Porsche and his crew before WWII took over Europe.

Moving on from the Type 64, it becomes a bit hard to stay focused. Through multiple mediums, the Petersen cleverly takes you through the lineup over the years.

With dozens of stunning examples of Porsche road cars you could easily spend a few hours in this exhibit alone.

Every which way you look, there’s something worth seeing. From scale models to Speedsters to iconic 911s, it’s a very complete representation of all things Porsche.

But beyond this yellow 911 Targa Sportmatic were the cars I was most excited about seeing. It’s a line-up of class-winning Porsches, starting with the 550 Spyder. Again, I couldn’t help but be brought back to my childhood. Is it just my imagination, or is this setup at least a bit similar to the menu of Porsche Unleashed?

Childhood dreams aside, I’ll leave you to your own devices with the gallery below. It’s best viewed in full-screen on a desktop, and I challenge you to choose one car that most represents all that Porsche is to you.

Take It All In
ADVERTISEMENT

Got any side shots of that GT1?
Thing is dope as hell.

My wife and I got back from our vacation last week, and a part of that trip was a visit to the Porsche Museum in Stuttgart. I was able to get right up to the 919 Hybrid and just sit next to it, taking in all of the crazy, spaceship like details that the car possesses. I saw the 917K, 908's, Group C cars, Dakar 959... It was utterly amazing.

This was such a phenomenal exhibit. My girlfriend (now fiancée) and I went opening weekend and were just blown away by the collection (it was my 2nd time to the Petersen). We'll probably go again before the exhibit leaves; next year we're talking about a Europe spanning trip so I told her my one requirement is the Porsche Museum. This served as a nice appetizer to that. 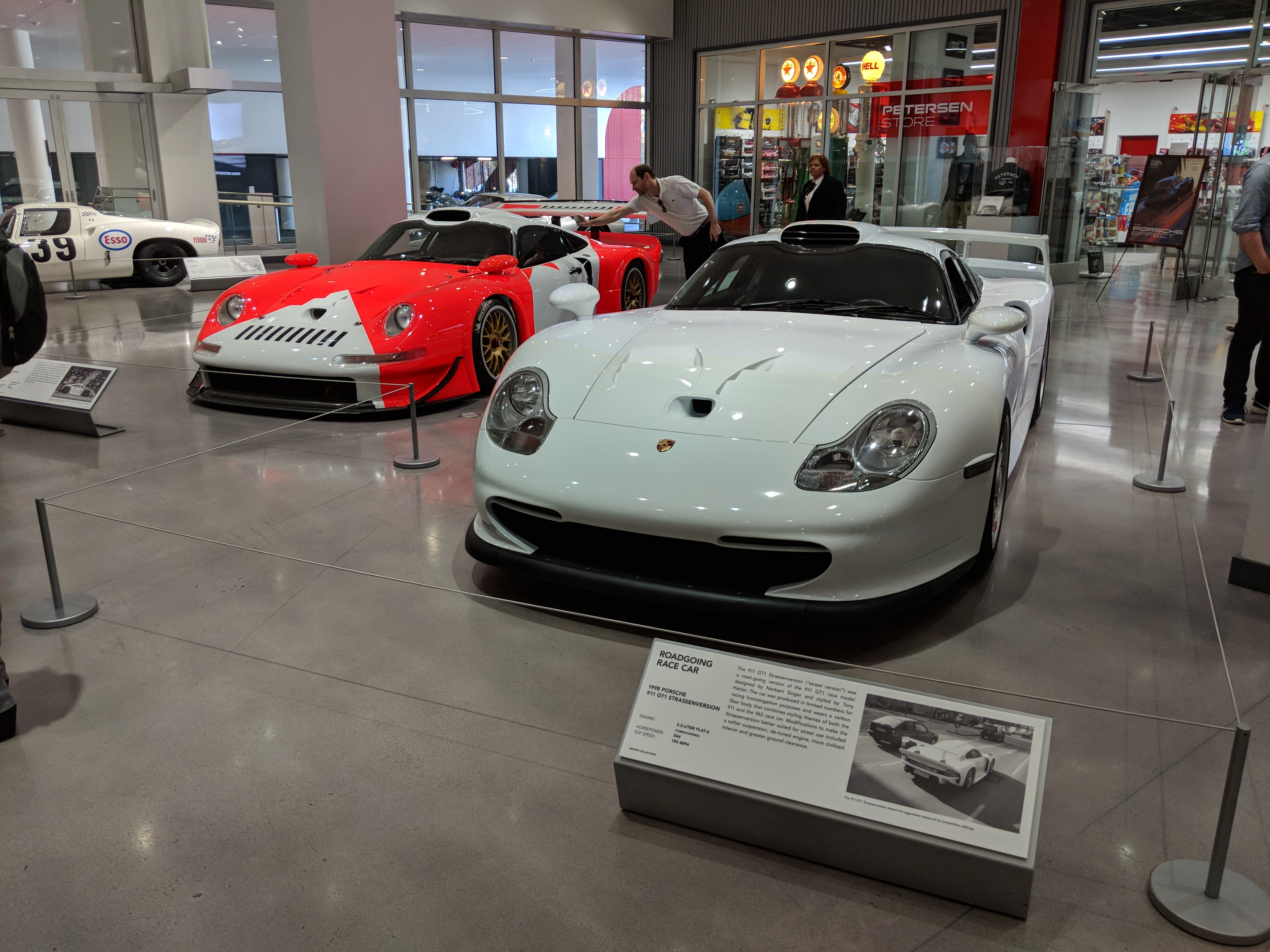 '(Kremer K3) Cearly sharing similarities to the bodywork of the one-of-one DP Motorsport 964 Turbo'
The disrespect... Smh. K3 shares nothing with the DP kit, but prob is the inspiration for. Semantics aside great article, I love the Peterson.. Need to get back there to see my favorite P car.

DP's Zimmermann was originally responsible for designing the Kremer K3 aero (after starting with the RSR) and he carried these designs over to DP in later years. The disrespect... Smh

Are these all from the Petersen's collection or were some sent over by Porsche themselves?

Many of these are sent by Porsche and private collectors but a few are from the Peterson's collection as well. I'm sure a few things are missing from the museum in Stuttgart to make this happen.

The 935 belongs to Bruce Meyer and has an amazing story going back to some infamous druck trafficing brothers: https://www.sportscardigest.com/le-mans-winning-porsche-935-k3-seized/
Story about the origin of the car: https://www.youtube.com/watch?v=2U8Uy_0qFuk

My understanding is that it's the same situation as other museums. Much is owned, but some are from private/other collections. It's usually noted on the placard if the car is on loan. My previous story on the Japanese exhibits features a number of borrowed cars.

The Marlboro livery looks great on every single car it's ever been applied to.

If you are in the area, GO! and get a ticket to the vault, the Porsches stored down below are absolutely stunning, they have an RS, RSR, Imsa GT cars, 924 and 944 race cars... oh and a McLaren F1 with a Porsche Engine to complete the circle... seriously, GO!

Great coverage! Love that you gave your wife some credit on a few photos. Congrats on quitting too.

The first picture with the reflection on the floor is pure gold, love it! 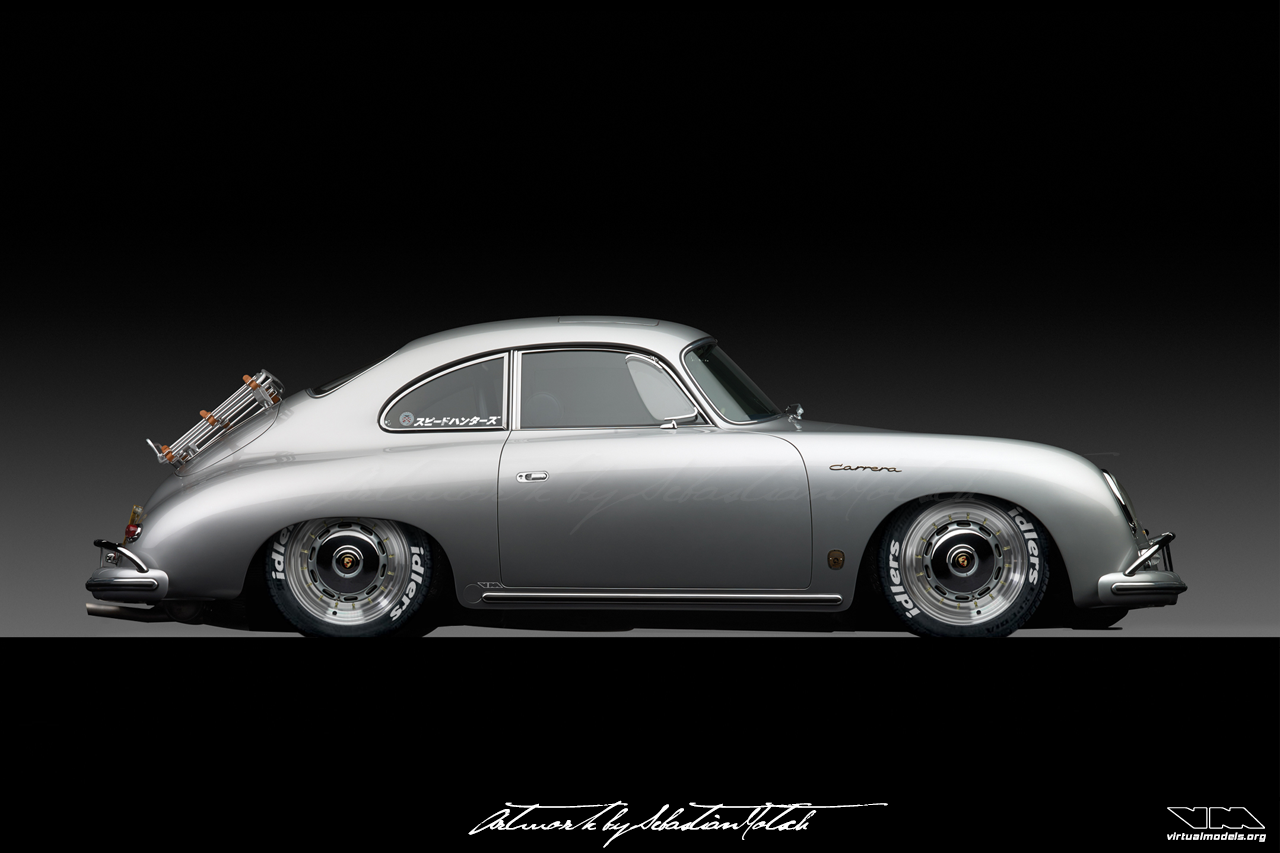