Humility in the modified car scene is seldom seen these days, but Western Australian resident David Maier has his ego kept in check two ways.

Firstly, he’s part of a group of great mates who all own savage cars of their own. Secondly, he’s simply a down-to-earth bloke. Like most Aussies, Dave can take the piss out of himself and will have a laugh if you have a crack at him too. Nothing is taken too seriously.

On the other hand, his BNR32 Nissan Skyline GT-R is one serious machine.

With sharp looks, a great attention to detail and a heap of finesse, the Skyline stands out on the street. Strict licensing regulations in Western Australia mean that an ultra-slammed stance and wild exhaust note aren’t achievable without getting the attention of the local constabulary. For what he is allowed to work with, Dave has done a solid job.

When I explained how much I loved the car at the shoot, he thanked me for the compliments and just replied, “yeah, I guess it’s alright.” Talk about an understatement. But that is Dave, his attitude is refreshing.

Where It All Started

Dave came from a family that had no interest in cars, so where the passion came from, only Dave knows. “When I was young I loved playing arcade-style computer games like Need for Speed, and I loved to watch any kind of auto racing,” he explained. “My dad recognised my passion and would take me to the rally stages and V8 Supercars. I was very lucky to have a father who would support my interest at such a young age.”

As time went on he started going to car shows like Motorvation and Autosalon, and that’s when the Japanese styling and performance bug really hit. “It was around that time that a mate’s brother in high school owned an R33 GT-R and took us out for a spin. Later on I had the pleasure of driving it and I was pretty set on buying myself a GT-R after that.”

It was 10 years ago that Dave finally scored a project to start on. “After no luck in Perth, I found this one in over in Melbourne. I flew over the next day and brought it back with me. It had a straight body and had no rust, so it was a winner.”

Patience Is A Virtue

The rebuild took almost seven years, with Dave in no real rush to complete the project. “Plenty of people could have smashed it out in no time, but I really enjoyed those late nights, old school hip-hop playing in the background, and swinging spanners. I loved the car building process; it was therapeutic.”

In 2016 the go-easy approach got a bit of a shake-up, though. “My wife-to-be, Shantelle, told me that the GT-R had to be our wedding car, and that I should knuckle down and get it done. A week out from the ceremony it was back on the road and complete for the big day. In my eyes, that was quite an achievement and I was glad that she was the one organising the wedding stuff.”

“For me, it’s important for the car to have soul; when you drive it you should be one with the car,” says Dave. “Every nut and bolt has been cleaned, polished and zinc plated; the underside of the car is clean enough to eat off and is all freshly painted. Just knowing that parts no one ever sees are as clean as the rest of the car makes me feel good.”

One look under the trunk lid and you can tell just how fastidious Dave really is. The fuel system he has created is a real thing of beauty.

“The surge tanks are mounted on an aluminium plate which has two Bosch 044s supplying fuel to the injectors. The boot has 3/8th hard lines which go into a removable panel. Underneath the car I have four runs of -6 Teflon braid and a run of -4 Teflon braid for the nitrous. Once I was happy with the hard lines I removed them, etched and painted them to match everything else,” he explained.

The surge tanks, hard lines, subframe and suspension arms are all finished in Mazda Graphite Mica.

At the other end of the Daytona Blue R32 is a super-tidy engine bay graced with carbon fibre and purple anodizing. The RB26 is equipped with Eagle rods, CP pistons and a pair of Tomei Poncams. Outside, a JUN plenum wears a Plazmaman throttle body, and boost comes from a HKS T51R turbo running a 60mm external wastegate. Pulling the ATTESA-ETS fuse and running it up on the dyno in rear-wheel drive has netted 430whp on a very ‘basic’ 13psi tune, which is more than enough for the street. When the time is right, Dave will properly tune the car to see if he can better his 11.6-second quarter mile ET at 190km/h (118mph) he ran way back in 2009.

Built For The Streets

As mentioned before, Western Australia’s modifying regulations are pretty damn strict, so Dave has had to make some sacrifices to stay ‘legal’. The car rolls on 18×10.5-inch RAYS Volk Racing CE28 wheels shod with 285/35R18 Bridgestone Potenza RE55 tyres. Endless Zeal Function X coilovers and adjustable arms front and rear get the 32 closer to terra firma.

“Now the car is finished and the wedding has passed, I’m going to enjoy it as is, eventually turn up the boost, probably scare myself, then just cruise it,” says Dave. “It’ll be the car that will always stay with me until one of my boys is old enough, and if they’re interested in it, they can have it.”

This the cleanest BNR32 I've seen in years

So damned COOL!! Excellent story and even BETTER photography!!

Thanks mate!
I appreciate your kind words about my work.

Anytime! Stories done like YOURS are a huge part of why I'm a regular! Now I think I need to build a model of it...

Seems to be an undertone of some sort of excuse that 'it's not lower because of the law'.

But this is properly functional, good stance for a car to be used hard!

Never thought a BNR32 can look so good in blue.
Clean, simple and tastefully modified, what a beauty!

Wow, kudos to Dave for such a fine example of how to build a R32.
So many classy details and such attention to detail...one of my favorite builds this year so far this year.

I really love the attention to detail the car enfocuses. Zinc coated on every bolt, and you end up painting some things people will never see like the suspension arms and fuel lines is a great dedication to detail..

I noticed ATTESA was mentioned here. Did the car simply just disable it for the dyno, or was the entire system deleted beforehand? I've always seen mixed bag reviews about the system anyway.

I would imagine it was just disabled for a 2WD dyno. I've not heard many people complain about ATTESA, are you thinking of HICAS?

Whoops! Yeah i meant HICAS D'oh *facepalm* too many acronyms to remember lol

It’ll be the car that will always stay with me until one of my boys is old enough, and if they’re interested in it, they can have it

That’s the spirit, nothing better than sharing one’s passion with one’s kid!

Needs a full scale cluster 180s are horrible and a 4wd controller, pulling a fuse is ghetto for broke skyline owners. This build needs a Grid dancer or a HKS EDA/ETS

Car and pictures are beautiful. Stunning!!

Thanks mate!
I was dealt good cards when shooting this ride.

“My wife-to-be, Shantelle, told me that the GT-R had to be our wedding car, and that I should knuckle down and get it done...she was the one organising the wedding stuff

that had to be the sweetest thing any girl can say to her husband to be.
I'm crying damnit

This car is perfect.

Stunning build, need to see more clean, well thought out builds like this. I like a low car as much as the next guy, but it bothers me that we have to make excuses for why cars aren't scraping the ground. This car is a perfect height, drive it fast without worrying about the crown in the road.

Gorgeously clean build. Perfect stance, tire to wheel arch relationship, color, detailing... you think its subtle and then it hits you like a sledgehammer! I'm drooling.

In real life it is high-quality.
Dave was very particular when he built the car.
I am glad that you like it

Yeah I like it and will keep it when I grow up.

All those hard lines are a thing of beauty. Engine bay is clean. Paint is nice. I love this r32 skyline. Simple, clean, well built, and that blue!

Sensational post there Jordan. Very glad to see you make an appearance on SH and I hope it's the first of many.

The world deserves to see West Coast Car Culture through your lens mate.

Thanks for all of the support mate - it is appreciated!

I haven't posted here in a number of months.... but just wow. This guy gets it. This is the nicest skyline I've ever seen. If ever there was a builder and car worthy of a good slow-clap, here they are.

Did the owner mention if he had to roll his fenders to fit that tire/wheel combo?

Great build gets two thumbs up.

Awesome set of images. But i would have to say, i can't use any as a wallpaper since the resolution you have set them to, is lame.

Thanks mate!
I am glad that you like my work.
Are there any particular images that you might like for a wallpaper?
I can give you a Dropbox link to a couple if you like

Either that, or checkout my blog at http://www.jordanleist.com and shoot me a message there and I will email you some.
Thanks again!

Yeah that would be awesome! I've always looked at your work. solid stuff <3 I'll shoot you an email on the image i wouldn't mind having as a wallpaper.

I thank the lord for the total lack of Rocket Bunny despite the power to justify the kit. I can't wait to see them disappear, the fact that they are now the norm and do not need to be "earned" has killed wide bodies for me.

One of the cleanest cars I’ve seen on here in a long time. Seriously sick!

Patience Always Pays Off. Beautiful car. Very understated and clean. My parents thought cars were just basic transportation. I must have fallen pretty far from that tree. 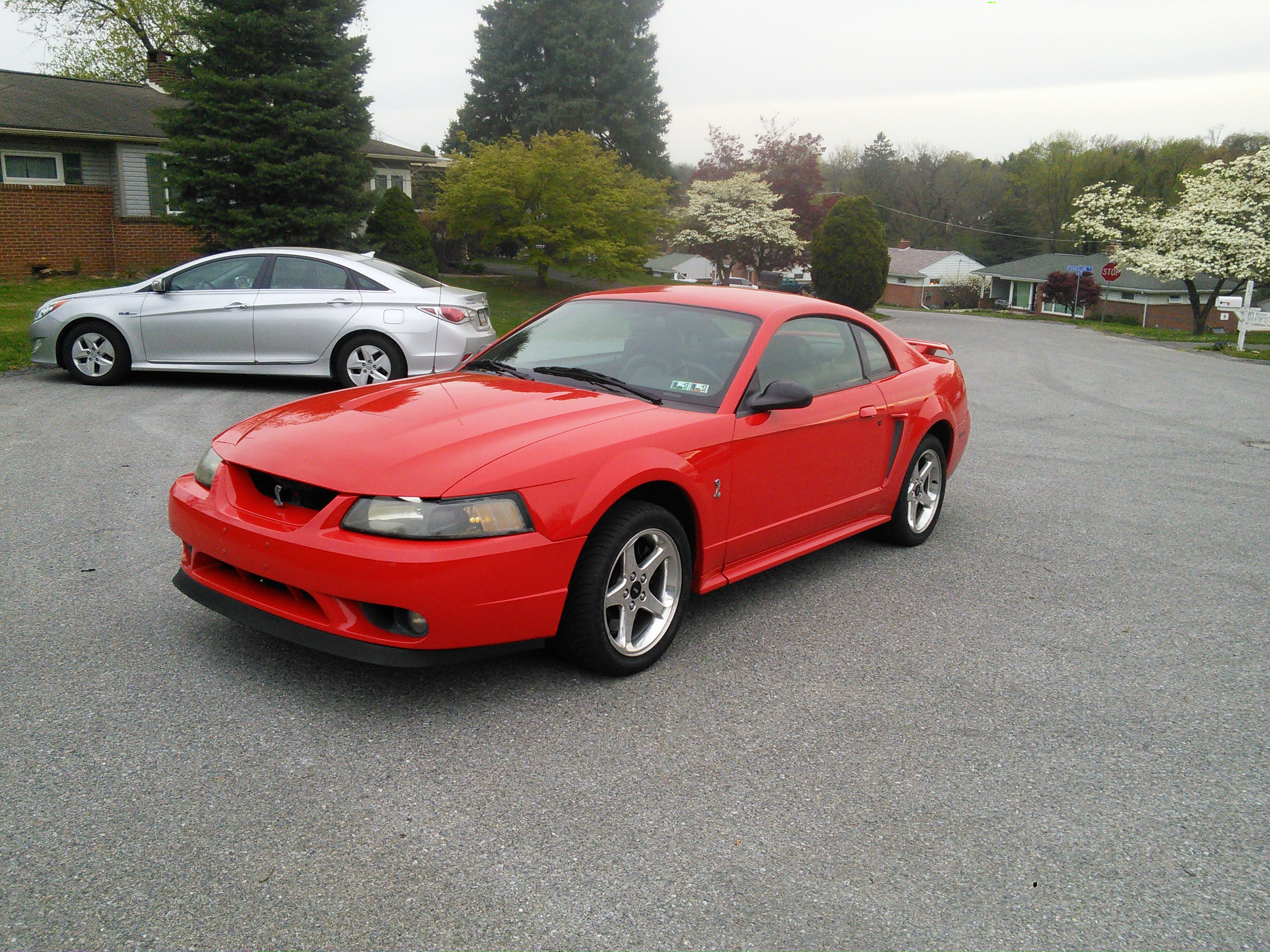 Great car, great photos, great write up, what else can anyone ask for?!

Glad that you like my work.
Thanks for the kind words mate!

Clean build like this R32, especially when he/she (I like to think of a car as a living creature) was being built at a chill pace, are always a beautiful piece of art.

Speedhunters should concentrate on builds like this one. Who cares about the crazy, stupid stuff that no one wants to drive ?