The 1970s-era Toyota Celica is one of my favorite cars. So you can probably imagine my excitement when, while tooling around Ohio recently, I found a local guy who was happy to give me a quick look at his ’77 GT.

If Rey Curiouso Jr. hadn’t picked up the car when he did, I can assure you that this thing would have been ruined by now. I’ll expand on this, but first I want to celebrate just how awesome these cars are.

It’s always interesting to watch design patterns over the decades as they follow each other around the globe. Even before I really understood cars, let alone car culture, the first-gen Celica was always a mini muscle car to me.

Aimed at the American market and clearly taking stylistic cues from ’60s-era US muscle (or more correctly, ‘pony cars’), the Celica was Toyota’s response to these cars.

Fitted with the sort-of-peppy but mostly-gutless carbureted 2.2-liter 20R, this Celica is a testament to the motor’s longevity. While this original engine isn’t going to win any drag races against its American counterparts, depending on how you look at it, the car theoretically would due to the fact that its American competitors probably stopped running long ago.

It’s still plenty of fun in the lightweight Celica and Rey wants to keep this thing as original as he possibly can. This is what I love most about his car.

Rey miraculously straight-traded a ’90s Civic to get his hands on the car, which was found in a Honda fan’s garage. I’m not trying to be rude, but the previous owner inherited the Celica from his grandfather and really had no appreciation for it. To back up my claim you’ll see the remains of a cheap Civic wing, which Rey hastily removed at the first opportunity, on the trunk lid.

I’m just glad the previous owner didn’t have a chance to wreak havoc on the inside where Rey is now maintaining an OEM+ aesthetic.

While I’m all for modernization and motor swaps, replacing these high-tech ’70s gadgets, despite only sort of working, would be a sin at this point.

Preserving the spirit of this Japanese classic is all that matters now.

It’s a car that gets plenty of looks and it’s a great conversation starter everywhere Rey takes it. We got ‘Trans Am,’ ‘Camaro,’ and ‘Honda’ while we were out.

Rey says he’s only run into one other Celica from this era in town. It too is entirely original and is cruised around by an old lady who, it’s probably worth mentioning, refuses to sell it.

I’m glad Rey is still hitting up the backroads in this Toyota essentially as it came from the factory.

This Celica represents timeless design on a well-sorted chassis with a bulletproof drivetrain. It just goes to show that some manufacturers really knew what they were doing back in the day.

Awesome car. Just like the CRX featured by Dino or the BMW 1600. There’s something to be said about keeping a car as it was intended to be.
Just to link to Trevor’s earlier post on “respecting all builds”. Does that count as a “build” if it’s bone stock? To me, Rey is doing the automotive world a favour, way more than even the best 1,000hp GTR...

Sick car and all but maaan RA21 front bumpers have no place on an RA24. The lines just dont work!! Still lovely to see another Celica on the road!

I can't sneak anything by you guys!

I don't know, even if they don't fit perfect. They look miles better than the factory diving boards!!

Had to scroll back up, totally missed that! Good spot!

Literally just did the same thing!

Lovely car! Glad it's been saved! I Have an EG Civic and a Gen 1 Celica haha but I'm more about period correct modifications. Mine's a JDM Import 1976 RA28 that was restored by Racing Service H.D.O. They are fun! Definitely gets people guessing about what make/model it is! 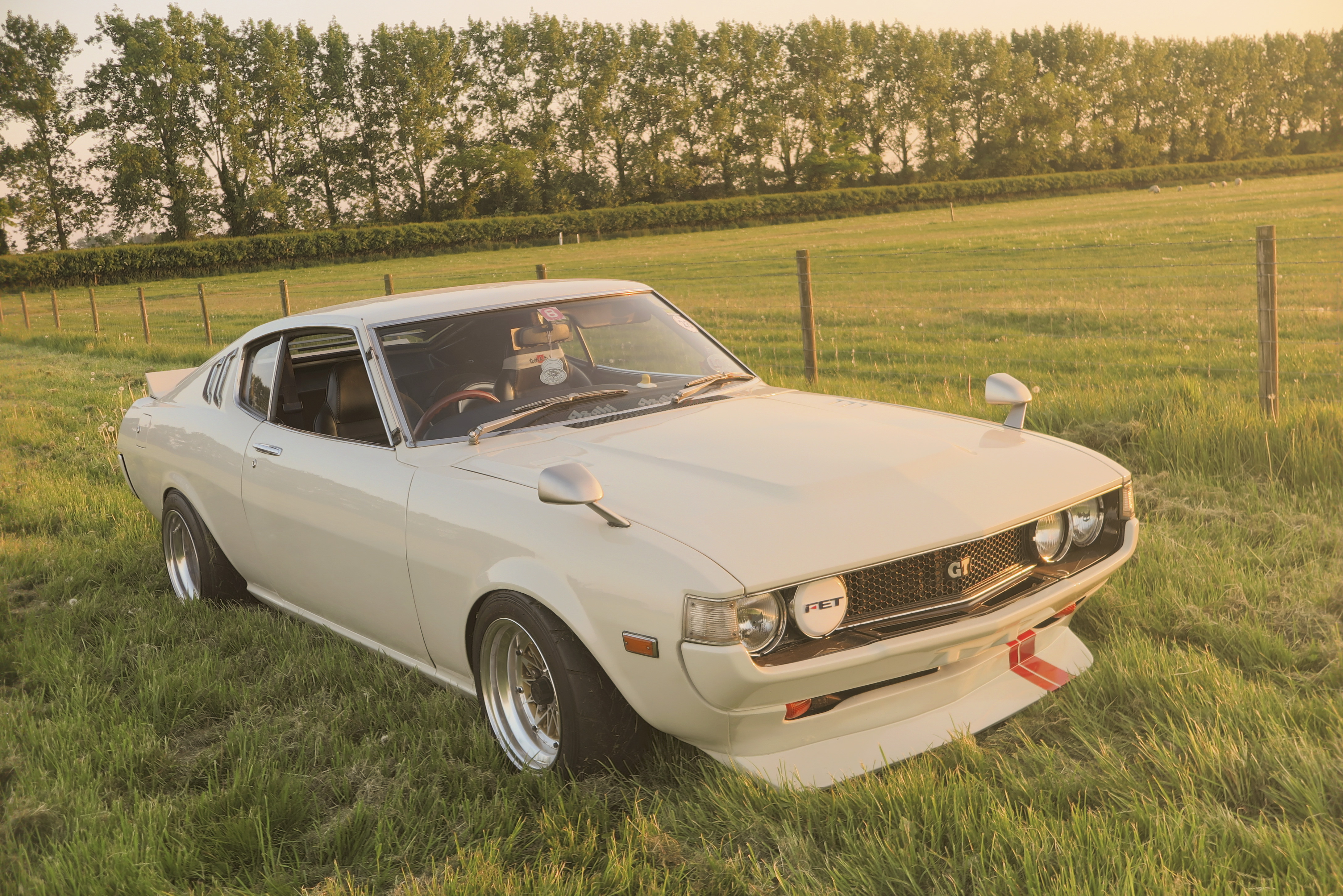 The fact that a 40-year-old design is more attractive than a new car should make both the buying public and the car companies hang their heads in shame.

A friend also has a '77 that I look after for him. It's a lovely car (his isn't nearly as nice as this one), but the engine just isn't very inspiring. It doesn't have much torque, and it doesn't like to rev. I'm excited to start the BEAMS swap that he has already collected all of the parts for!

screw the supra and 86, resurrect these badboys and make up for that god forsaken final model lol. Little cracked out lambo with fwd.

How many miles on that sweet 77' Celica GT

"It just goes to show that some manufacturers really knew what they were doing back in the day.": They still know what they're doing: instead of win on sunday sell on monday or build to survive a nuclear strike they use now sell crappy items to sell again next year.
btw, keep hunting that lady or else when she'll pass you'll find a 70's celica lady driven up for sale and you can imagine the price.

This is exactly what I like to see more of on here. Grassroots cars with minor mods, leaning towards period correct. Keep this stuff up Speedhunters team!

Take me back! My first car (25 years ago!) was one of these, yellow, 18RGU 2lt twin cam with twin sidedraught Solex carbs, 13 x 7's and lowered suspension. Loved that thing, the carbies sounded so cool I taught myself to heel and toe for the DOOORRTTTS :).
Rusted away from underneath me unfortunately!

Happy to see this coverage and props to the owner for maintaining it. I showed my 1975 RA22 for the first time this year at the "All ToyotaFest" in Long Beach. I have owned this car since 1985 as my college car. It was my daily driver and weekend racer in SCCA solo2 events back then. I displayed it as USDM because my goal was to make it look like what the US market had available for customizing a Celica of that era so it could look like the muscle cars that Japanese designers modeled the car after. Hence the deep dish Cragar 13X8 rims on chunky 215-50 series RWL tires under the molded in fender flares. 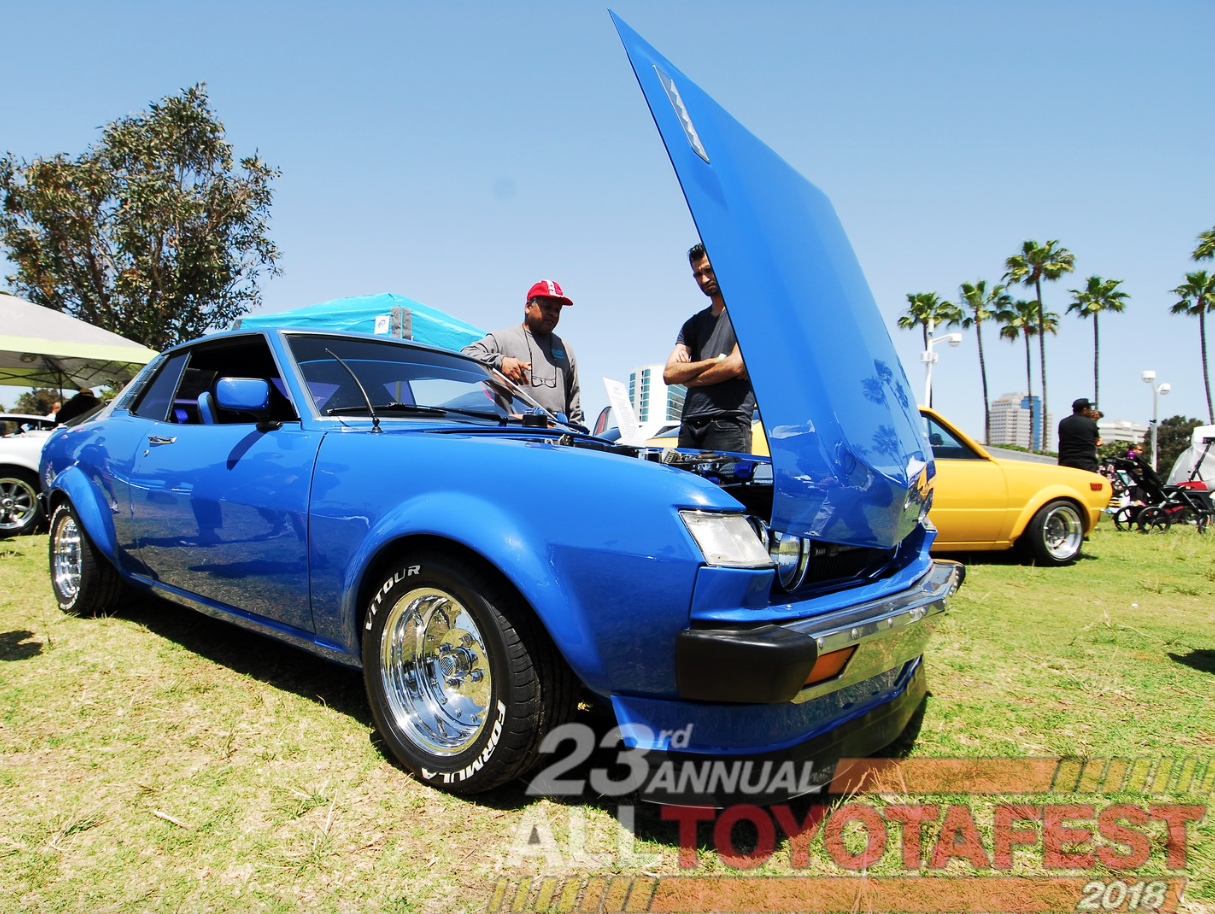