During our recent trip to Tokyo we found ourselves hanging out at Tatsumi PA one evening for a shoot.

This in itself is not in any way remarkable or extraordinary, as we tend to hang out in places a lot, albeit rarely in a large group. While the rest of the team were preparing for the next part of what would turn out to be an unforgettable evening shoot, I spotted a clean white FD2 Honda Civic Type R arrive and then reverse park into a nearby space. Again, not really a noteworthy occasion, but the Speedhunters banner emblazoned across the rear window was.

Despite all the years that I’ve been involved with Speedhunters, I still get such an intense feeling of joy when I see the Speedhunters name in the wild. Especially when I’m on the other side of the planet.

Essentially, it was a simple reminder that Speedhunters really does mean something to a lot of people. It means something that goes far beyond the things that happens here on the main site. Which, of course, got me thinking a little bit more about just who we are.

Since taking the helm here, I’ve spent many a night staring at the ceiling trying to answer that question. It’s such a privilege to be in a position where I can influence the direction of Speedhunters, but it’s not one that I take lightly. More than anything, I’m acutely aware of the consequences of getting it wrong.

However, one thing I know for certain is that to stand still in this game is to be left behind. As such, we’re striving behind the scenes to bring new dimensions and depth to Speedhunters. Some things in particular that you’ve been asking for, for a long, long time.

Amongst those, we will finally and formally resurrect IAMTHESPEEDHUNTER this month. Don’t expect a revolution, but rather simplification and a clearer understanding of what the programme is all about. Hint: IATS is about more than just photography.

We will also have our usual constant stream of all-original content; from car features to event coverage from all corners of the globe. We’ve definitely been on a strong JDM vibe these last few weeks, but we will try to keep things balanced as best we can.

Who can blame us though, in all honesty? We’re not going to pretend that we didn’t see that RB26-swapped Impreza, are we?

There’s also the small matter of catching you up on what’s been happening with our project cars in the SH Garage, some which have been absent for longer than we would like to admit.

That’s not to forget the content we actually went to Japan for in the first place, but you might have to wait a little bit longer for that as we expand it into something a little bit more memorable. Well, some of it anyways. I’m sure we can sneak out a couple of previews in the meantime.

For now, I need to get back to work and tackle a to-do list that never seems to get any shorter. Still, it’s a pretty amazing to-do list all the same.

From a viewers stand point , I have been strongly watched this site with enjoyment, i like how balanced it is, from shows to car spec, like race/track, show, street and etc. along with usdm,jdm and euro. I look forward to updates on all SH project cars. I like how you bring posts from shows in japan along with different garages like spoon and nismo. Lastly i find myself telling people about features you guys post CONSTANTLY please keep up the good work and dont alter too much.

Thank you for the spreading the word!

Keep it coming, you guys are doing a great job recently!

Amongst those, we will finally and formally resurrect IAMTHESPEEDHUNTER this month.

I am a bit confused why you keep saying the program will be resurrected. I have done 3 articles in 2017 and 2 in 2016 through IAMTHESPEEDHUNTER. Maybe it hasn't been utilized for its full potential, but did it ever go away?

Excited to see the changes to come!
I enjoy Japan, California and the UK - would like to see more from abroad. Sometimes the most interesting stories come from more unlikely locations.

To be fair, it's been completely neglected these last few years and your experience is the exception. It's why we're making things simpler and easier to understand for what is required going forward.

Fair enough, it did seem odd that there was only a few others doing IAMTHESPEEDHUNTER when i was doing my submission. I just thought i was special...
Just kidding, I know I'm definitely not the best - I just like taking photos and wanted to showcase Canadian car culture on Speedhunters.

Good Check in article and Thanks for continuing to bring us all sorts of diversified content. My first enjoyable thing I do every weekday morning is push the start button on my very mildly modified daily driver. An MK7 GTI that I put about 25,000 miles on last year commuting. Many of those were on the back-roads on the way home. The second enjoyable thing I do every weekday morning is get to work and sneak a peek at Speedhunters to see what machines I'll be reading about during my first break! I would say yes Speedhunters does mean something to me and I appreciate every single car you've brought us in one way or another. Even if the car isn't exactly my cup of tea I remember that there is someone out there making a car into something that they get to enjoy or experience and that experience is shared by me through Speedhunters.

Thanks, Brandon. Good to hear of a GTI being used properly.

One thing I often wonder about what happened was the videos posted late Saturday / early Sunday. Usually 4 videos that you (Speedhunters Staff) had been watching. I always enjoyed those articles, learn something new.

I am looking forward to more of the 'IAMTHESPEEDHUNTER' articles, seeing some of the more 'local grassroots' builds are interesting stories of 'Hey, they do that there too?'

They ceased before I took over, but I believe the reason was poor figures due to people already having seen the videos by the time we posted them.

It makes sense. Usually the comment section was... quiet is the best term I feel. Greatly appreciate the insight as to what happened Paddy!

I have been following you since the day you put out "the perfect altezza" Oct 25, 2011
I check every single morning while at work, your photos are rolling through my computer background.
YOU keep my interest in motorsport photography alive.

Keep up what you do, and whatever direction you go, i will follow.
We do it for the love of cars.

Thanks, Simon. That was a pretty clean SXE10 in fairness.

Completely agree.
I modeled my own Altezza in the same ethos.
ITB's and all 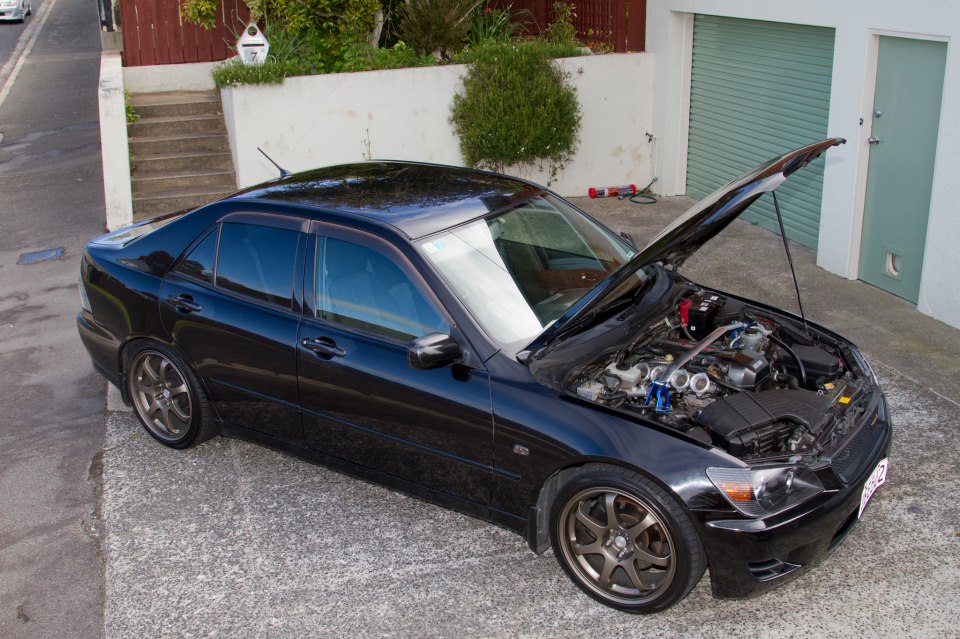 Don’t like the back-scratching exercise but Speedhunters made me transition from merely reading about cars to spending time (and more money than I should) on cars, getting to places like the Nismo factory, Fuji Speedway for the R’s meeting or my local C&C and buying 2 cars, one of which I plan to use to use on track to learn.

More importantly though, it’s made me consciously act to look for ways to share car-related time and experiences with my little boy as he grows up.

Yeah, Speedhunters does mean something to some of us...

That's awesome, Alux. Thanks for sharing.

Like others have said, SH is one of those sites I find myself clicking in my bookmarks bar daily. My love for automotive photography stems from SH and I learned a lot from the "How to shoot cars" tuts back in the day.

I'd love to see SH potentially cover more motorsport disciplines other than the "modified" ones like drifting and time attack. The WRC has gained a new lease of life this season and last, so perhaps a report from each event would be well worth the read. I'm sure SH photographers could bring us some eye candy too. Just a suggestion.

We would love to cover more motorsport, but the prohibitive cost and general lack of interest from the readership makes it hard to justify. That's not a no, however...

So will IAMTHESPEEDHUNTER posts prior to 2018 be ignored?

Well, the posts that have been published will stay live. Or do you mean the submissions?

Sorry for not clarifying but yes the submissions.

It might be worth waiting for the new guidelines and re-submitting to be honest. There's a heck of a lot of noise in that particular inbox which makes it nearly impossible to sort through. The new guidelines should go a long way towards streamlining the whole IATS process.

Glad to hear that it's being revisted! Even an auto reply just to say we got your submission would help - I can only imagine the number of emails you must get!

For sure, thanks for the info!

Hope to see a good write up of the RB26 Impreza. Saw it twice when I was living in Pennsylvania. A lot of custom and detailed work went into that swap.

Story is coming in a few hours...

I'm so stoked for the return of IATS and more updates on SH garage project cars!

I watch every day new articles on your site and each I discover new facets of the car culture.

I am a automotive photographer just like you, in a studio the week and the weekend in garages of small or big collectors. When I'm not somewhere, we meet with friends at our workshop to work on the restoration of the BMW E9, ...

We have a difficult job to live, but we live from our passion. It's worth all the money in the world I think!

Continue like this, you want to go through your destinations, your meetings. Your site was one of the motivations that made me want to do this job.

We hope to seeing you one of these days in Belgium at our workshop or at a event in our flat country.

If it was easy, everyone would do it

I wouldn't change what I do for the world.

Since getting my first hot hatch last year and properly immersing myself into automotive photography Speedhunters has been a daily thing for me. Then using the IATS tag it has opened another world of people to follow, things to like and yet more inspiration.
Thank you to all the speed hunters for making slow moments at work less painful!

Thanks for being a part of it, Joe.

Nice to see the passion! As someone who used to do something similar just make sure you enjoy it to the max (!) while you can. And if there are those above who want to take Speedhunters in directions you guys don't agree with - which goes against what you know Speedhunters fans want - then make sure you fight your corner until the end. Keep up the good work mate.

Here is your 8 months notice Paddy .

Will there be any more books published in future? I love my collection so far but there’s definitely room on the shelf for more. 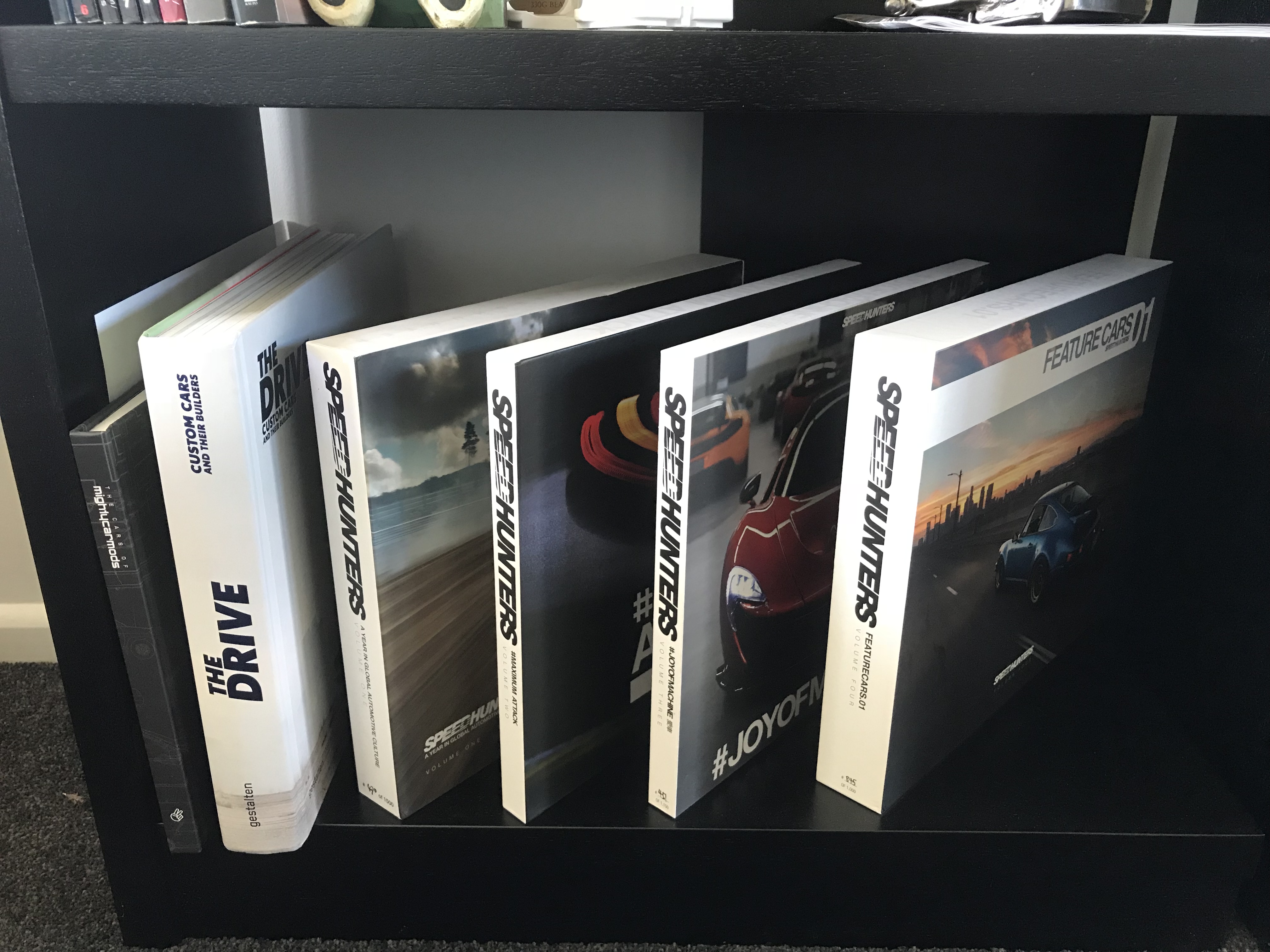