Had the Dome Zero supercar concept actually made it to market, it could have ignited something great in the Japanese motoring industry.

It would have come at the perfect time – the beginning of the 1980s when the domestic economy was sailing full speed ahead towards the craziest decade that Japan has ever seen. And it came about a decade after the Toyota 2000GT had helped solidify the fact that Japanese auto manufacturers could indeed build great cars.

But it was just not meant to be.

Dome sent out its silver 1978 Zero and red 1979 Zero P2 to Nostalgic 2 Days held at Pacifico Yokohama over the weekend, and people were going crazy over them.

And rightly so too; in the realm of Japanese car design there’s never been anything quite so ‘out there’.

There were two reasons the Zero never materialized as production car, even in low volume. First up, it’s widely reported that Dome just couldn’t meet Japan’s homologation requirements with the car, but it’s not clear whether this was because of structural design, or to do with the driveline or the way the Zero was put together. Maybe it was all of the above.

The second reason was funding, or a lack of. Dome was a very small company back then, and to make this car a reality it needed a lot of money. That’s where the P2 came in.

This was a slightly modified export version of the Zero, the notion being that if the car was impossible to legally put on the road in Japan, a few tweaks here and there would allow it to do so in other markets.

The red P2 was shown at both the Los Angeles and Chicago motor shows of 1979 and people loved it. You can see how the front bumper is much bigger on the red car, cutting into the space where the big orange position lights were on the first prototype. No points for guessing which market the second car was aimed at.

But despite both cars being loved by the masses, Dome never managed to make the street car function. A Le Mans race car called the Dome RL was created and raced, the aim of the program to generate interest and foreign investors. The investors never came though, and Dome eventually retired the idea as well as the race car from racing and just concentrated on building competition machines for other manufacturers and teams. The company – which some of you may remember me visiting back in 2013 – has enjoyed much success since.

But the ‘what if’ is just too much to not think about. The ’70s wedge design has many elements of Gandini’s Countach and Stratos, but it’s all tied into a low-slung shape that has its own identity.

I love the glass pillars.

Back here is where the mid-mounted Nissan L28 from the Fairlady Z/280Z was located. It only brought 145hp to the table, but with the car weighing in just under a metric ton, the Zero had a decent power-to-weight ratio for the era. Plus, we all know how much tuning potential these inline-six engines have.

The interior is as ’70s as it gets – just look at that steering wheel! Curiously enough, even though the P2 was created for a potential US market debut, it was right-hand drive.

I’m of the opinion that if this car actually happened, there’s a good chance it would have sparked the big Japanese manufacturers into entering the lucrative supercar market in the ’80s.

We all know the knowledge was very much there, not to mention build quality to rival the best, so it would have been cool to seen a mini Japanese supercar boom happen. We still got a ton of cool cars out of the ’80s, but you just can’t help but wonder what might have been…

From Alabama To Yokohama: The Supermachine Z

Much goodness in there indeed

I have a soft spot for that silver Zero, loved the exterior design, it's just timeless and still looked futuristic today!

Yep they definitely know their carbon!

I have an old Tomica 1/48 die cast of this gorgeous example of automobile design.

So the model's Hot Wheels size?

It is 1/40 in fact. Bigger than Hot Wheels. Coming from a series called Dandy produced by Tomica in the glorious Eighties.

Oh damn I'd buy that in a sec if it came up for production again. Little ones need proper education!

Just realized they sell them for 80 EUR+ on ebay. Crazy!

Indeed! I hope my babygirl will share my interest for cars in general, Japanese cars in particular and Japan once she grows up.

" No points for guessing which market the second car was aimed at." The story said the grey one was the first model for Japan market. But with homologation problems in Japan, they decided to sell it to USA . And the P2 Was born.
Source : http://boitierrouge.com/2017/05/04/dome-zero-un-reve-denfant/

Reminds me of the Holden Hurricane. Similar looking car from a few years earlier that likewise would have changed its country's motoring story I it had gone into production.

Love everything about the Dome, so futuristic!
Obviously Gran Turismo introduced me to it
What I didn't know was that they was still a company, what do they do these days?

I agree! I logged in to the say the same but you already did. Being here in the states and a tad bit (late 70's) older than when this was shown I never heard of it till I was able to race it in the GT games. And it was one of the best cars to use too. Sad to hear its history and wonder what it could have been.

Hell to the yea. PS2 days

I know Japanese people are out of this world but the team behind this car is far away from our entire galaxy. Very weird and interesting design and still looks not dated even today. Probably a space ship dropped it in Japan back in the 70's.
I think if it had a V12 or at least a V10 it would reach the massive production lines but an inline 6 is never enough for a super car even with great figures.

I would love to see Dome make a modern version of it keeping same design!

Like how the facelifted mid-season refresh never looks as good as the original. 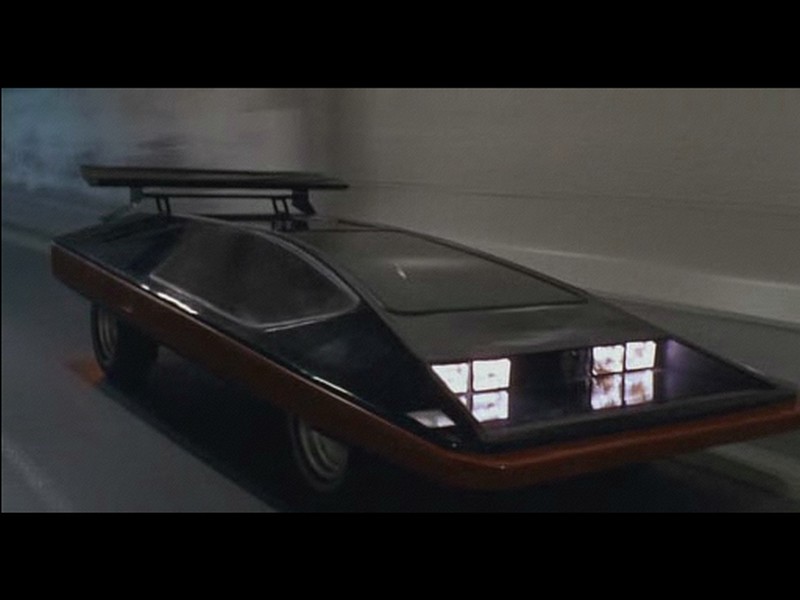 It depends..not always, check the new Lancia Stratos project. I’m sure you will like it. I was thinking of something like it but with the Dome car.

No, I meant, for example, the difference between the nose the Hyundai Genesis Coupe debuted with, and the one they fitted a few years earlier.

The original front end tends to work better because it's designed holistically with the rest of the car, whereas the facelifted parts never look quite right because they're standalone pieces.

Whoops, this picture ended up in the wrong post.

V12 Vector anyone? Despite the Hollywood exposure, it ended up failing against the automotive myopia that defined 80’s American buyers. Lotus sold because Pretty Woman, Alfa Rome because The Graduate... it was this sort of poseur consumerism that killed this sort of dream. It’s great to see how the internet has opened those eyes and a boom of countries allowing a middle class/trade now has even the likes of Alpine and Dyson coming out of the woodwork... These Dome dreams might still have a chance?

I'd keep the original W2 version.

The styling was cleaner without the ground effects and the wing was more dramatic and original.

Plus, there's just something about the word "prototype" that sends shivers up and down my spine. 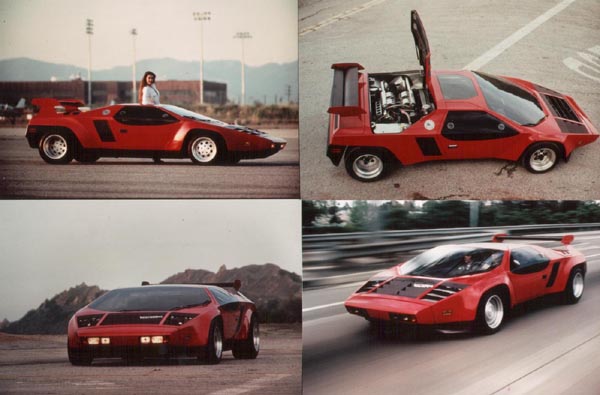 No, I meant the W2 - the original Vector.

This is the W8. Still looks good, but not as athletic. 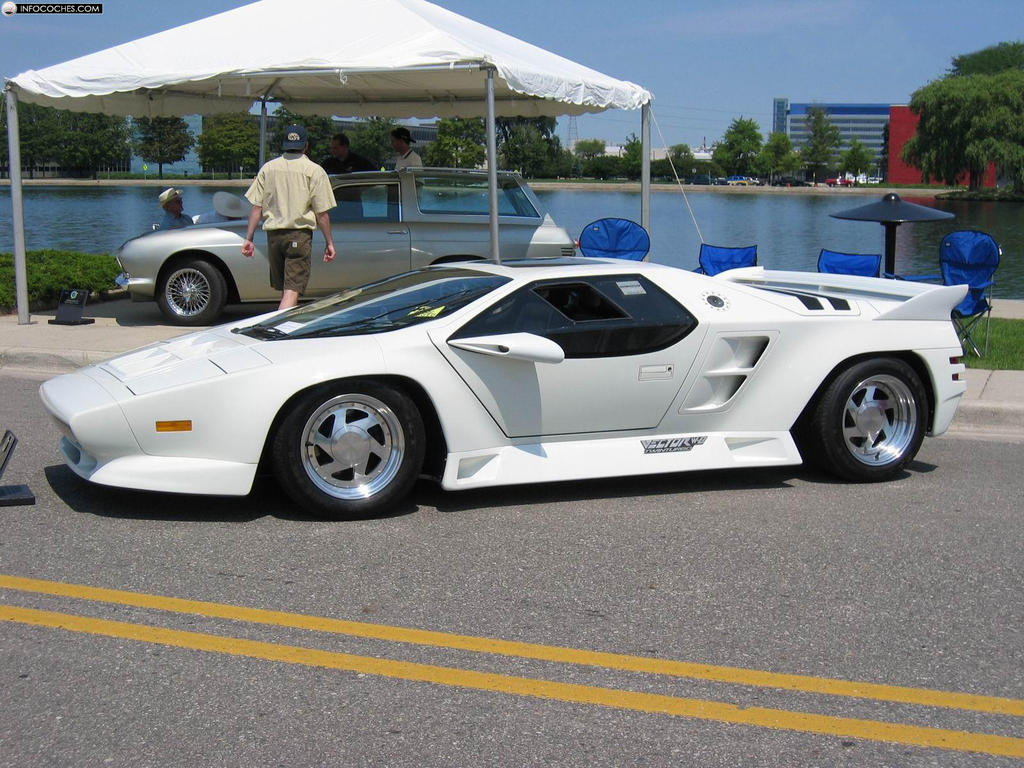 There is a badass black Vector in Tokyo I've been chasing for years. If the owner gives me some time to shoot it in the city it could create some of the coolest imagery ever!!!!

Saw it last autumn near Asakusa.

Seriously? One of the 19 they made?

The W8 was supposed to be built like a tank and by supercar standards, reliable as a Toyota. 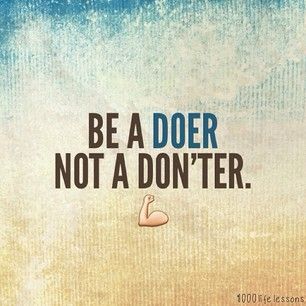 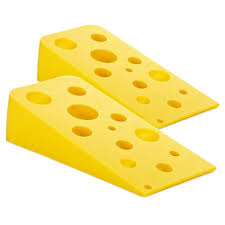 Nah, it's a lot closer to this. 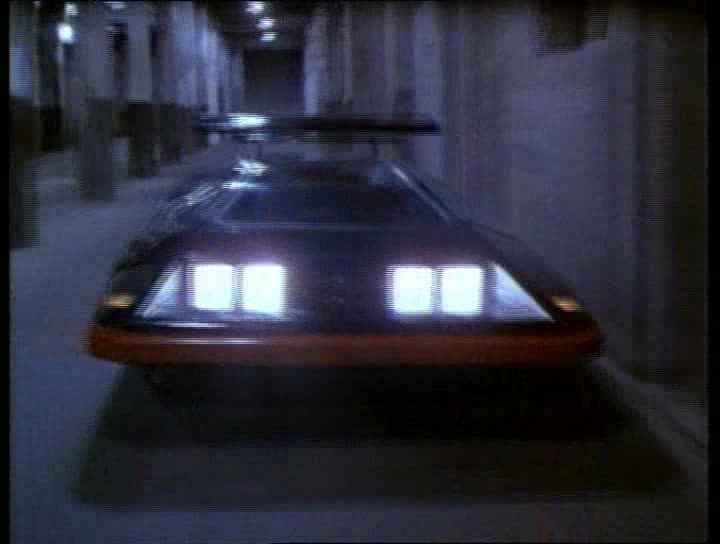 Let's not forget the Bertone Carabo for Alfa Romeo, Maserati Boomerang and the Ferrari 308 GT Rainbow Concept which was a take on an evolution of the wedge?

Okay but, who else wants this to come back to production?? With a twist of modern and some tuning love, no doubt, it'd make 425HP no problemo

Of course! We need more weird and wonderful designs to populate the current car scape. You can forget wedge designs though, pedestrian safety has seen to that

The Japanese did a lot of weird, experimental design in the 80s, and I love it.

Just look at the mechanical designs from any action or sci-fi anime series from about '85-'95 and you'll see what I'm talking about.

Lots of 90-degree angles. Love it

Would love to see one of these hit a kangaroo.

You mean slice across it haha

I was hoping to see a reunion of the Dome P2 with the Jiotto Caspita! 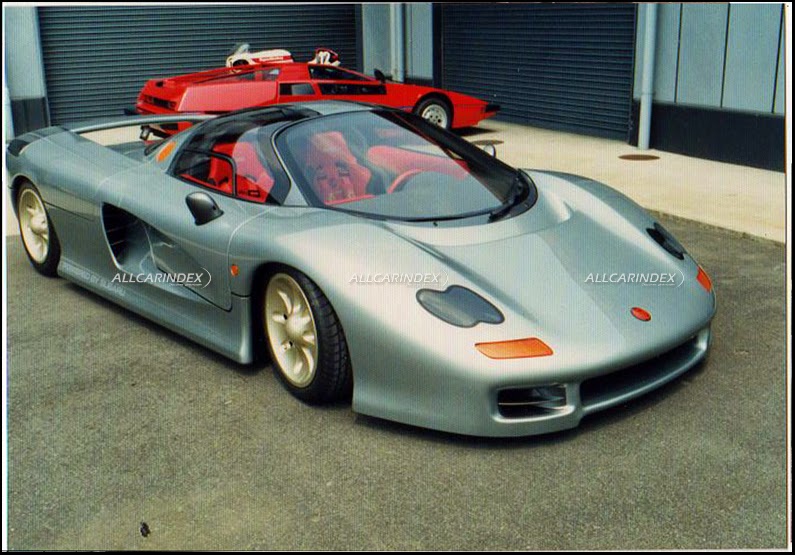 Dome should be suing Mclaren it seems

I really loved the Dome Zero from Gran Turismo as I thought it looked unbelievably futuristic in a Japanese manga way...but then I went to the Alfa Romeo museum in Milano, saw the Carabo and my world came crashing down. I know they're two different things but the fact that the Carabo is 10 years older and genuinely looks superior, really killed the Dome Zero for me. It was impressive to me because it was futuristic, then I find out someone made something cunningly similar 10 years earlier -.-

McLaren Senna: check it out, I’ve got windows in my doors!

I had a red r/c one of these as a kid because my uncle drove for Dome at Le mans in the late 70's early 80's. Nice to see them get some proper recognition at last, very cool cars.

I've always wondered how people keep up rare, old sports cars like these. I'm sure this is never driven and is factory owned, so it wouldn't be a problem, but can you imagine the nightmare of trying to get replacement parts for a car like this?

is that green truck a Fuso or a Hino?

Yeah I remember buying my first copy of "CAR" magazine way back in 1979/80 which had the silver Dome featured and a BMW M1 on the cover, the Dome just looks amazing it may have a lot of elements of other more famous and mostly Italian designs but it is a cohisive design in it's own right, looks so so low, beyond cool

Imagine this with the engine punched out to 3.2 with a OS Giken tc24 head sitting on some wats.

I was once chased by a right triangle, then I woke up and realized I was having a nightmare.

oh dear! they look fugly - like a school project for a boring class and so 80's (taken out of some anime).