I am not in Japan right now, and I’m OK with that.

OK, I’m not really OK with that at all. While a large contingent of the Speedhunters team are up to their crazy antics in Tokyo, I’ve found myself holding down the fort here in the UK. I’m not sure if I’ve done something to upset them, or maybe my flight booking just got missed, but either way I’m really glad they’re all having a good time out there. Really, I am. Maybe next year, eh guys?

Rather than wallow in self-pity while I scroll not-at-all-enviously through their Instagram feeds I decided to cheer myself up with a trip to the annual Autosport International show in Birmingham this past weekend.

Visiting Birmingham as a method of enlivenment seems akin to banging your head against a wall to ease a migraine, but when ASI is in town I at least know I can enjoy some speed-related therapy for the Tokyo FOMO I’m currently experiencing.

Part of this therapy is of the retail variety, and includes visiting the Coys auction paddock inside the show. It’s a personal highlight every year, as Coys put on a fine selection of rare and unusual motors for punters to bid on at the show, and remotely.

So, Speedhunters company credit card* in hand, I’ve set myself a reasonable budget of £1.5million and set off with the aim of getting the most bang for my buck.

*Note: For simplicity, I’ve priced each car in the middle of their estimated values. Also, I don’t really have a Speedhunters credit card.

Despite the amazing machinery left, right and centre in the auction paddock, I’m drawn to the unmistakable silhouette of Honda’s comparatively understated supercar. A poster child for ‘90s JDM modern classics, and developed in conjunction with the late, great, Ayrton Senna, I think you’d struggle to find anyone with a bad word to say about Honda’s ‘New Sportscar eXperimental’ project. It’s certainly a car that holds its own against far more costly competitors, and one that’s fighting back the years with great success, too.

If I look as good at 27 as this NSX does today I’ll be a happy man.

This particular example is a 1991 JDM import, first registered over here in 2016, and has received a thorough going over by Honda along with a fresh cambelt. With Honda’s reputation for reliability, it should be good for plenty of stress-free motoring. There’s a couple of choice modifications too – a Type R bonnet and a set of 17/18-inch staggered AVS Model 5 wheels just set it off nicely. That’s £29,500 spent, what next?

This E24 was a fresh build by Geoff Steel Racing just a couple of years ago, and is ready to race with a full T45 FIA-spec roll cage and fuel cell. The numbers are alright, too – the 3.5-litre, 24-valve, six-cylinder motor puts out around 310hp and the package weighs just 1,200kg. I’ll take it as is, thanks – no need to gift-wrap.

Time for a change of pace. A relative snip at £17,500, this ‘83 Mercedes-Benz 500SL would make for a pretty cool summer cruiser. The champagne metallic colour might put some off, but I think the classic Mercedes pulls it off well.

With three owners from new, a full service history and a recent refurb under its belt, there’s not many cleaner out there I’d say. That’ll do nicely.

I’m really not a Mercedes guy usually, but straight after dropping a wedge on the golden oldie above I spot this black beauty tucked away at the edge of the lot. They only made 40 right-hand drive versions of the CLK DTM, and with just over £1.2million still burning a hole in my back pocket, the £210,000 price tag is hard to refute.

The road-going cousin of the 209 CLK DTM race car from the German DTM series, this very special AMG has a carbon fibre wide body kit, race-inspired interior, and a 582hp 5.4-litre supercharged V8 under the bonnet. It’s only done 7,400 miles since it was registered in 2005 too. Sold!

If you know me, you know I can’t turn down a classic Porsche and, in my humble opinion, Irish Green is the colour to have one in. This particular 1968 912 isn’t my perfect spec, but with 911 prices in a frankly silly place right now, it doesn’t look like a bad proposition at £32,500.

This one has been upgraded with a set of Weber 401DF carbs and Koni suspension too, and is in pretty good nick.

The steering wheel is on the wrong side as it originally found its home in The Netherlands, but I don’t think this is a big deal on a Porsche. I wish it had the black and white houndstooth interior, but it’s close enough and in great condition – where do I sign?

Easily my favourite race car colours, I can spot a Gulf livery a mile away, so hurriedly rush over to what looks like a full race-spec GT40 surrounded by onlookers. Priced at £70,000, I quickly realise it’s a replica, but that doesn’t do much to stem my enthusiasm for it – I’ve already spotted what I’m going to blow the rest of the budget on and probably couldn’t afford this and that too.

Full disclosure: this F40 was the first thing that I saw when entering the paddock, and I knew I had to watch my budget up to now. At around £900,000 this is the big one, but it’s a pretty special machine. This is a matching-numbers original 1993 Michelotto LM race car, one of only 19 created from scratch for the circuit, rather than built upon the already brutal and legendary road-going F40 chassis.

Where the road-going F40 had 480hp, the Michelotto LM packed over 720hp thanks to increased boost, different compression ratio, bigger intercoolers, new camshafts, and a Weber/Marelli electronic fuel injection system.

Unlike many of the LMs still in existence, this particular example has been used throughout its life, having been raced by various owners all over Europe. It’s been recently restored too, and comes with a spares package including an original bonnet, should you miss the pop-up lights. Stick the rest on a truck, I want to wear this one home. 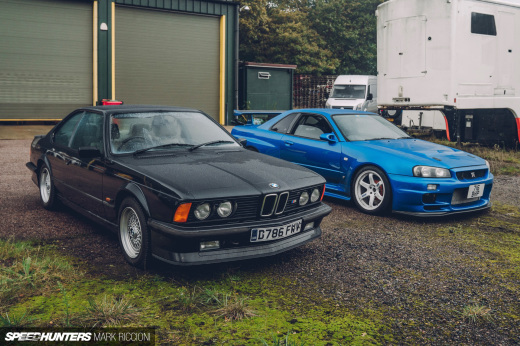 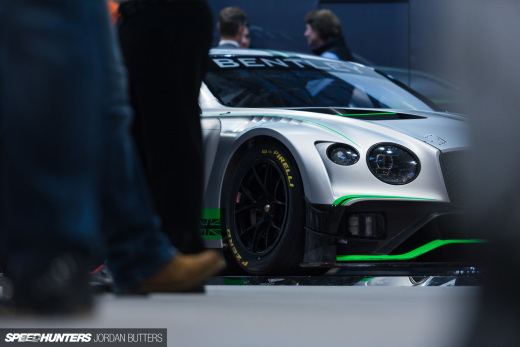 Walking The Halls Of Autosport International

You may have missed out on Japan but you managed to sort quite a sweet article. Comments on Birmingham made me chuckle. Good job

Beautiful article! Now only if you had the cash...
#2broke2furious

Um... I'm guessing you've never been to Japan for you to say that comment. And I'm English...

No i have been there twice infact and i did love it as i said its a very cool place, but autosport has better cars on show and more than tas and like the car meets that get posted on here you get just as much if not more at a pistonheads meet up or something similar, but maybe it looks better on the internet to you.

We're all entitled to our thoughts and opinions mate, and I meant no offence - just typically see a lot of statements like that made online by people with no first hand knowledge or experience. Personally I've been lucky enough to live in Japan for a year and visited the country several times, having family there. Whilst the day to day traffic tends to be a more varied mix here in the UK, I often found the frequency and variety of enthusiast cars that pop up, is much greater in Japan than here.

Anyways, perhaps we're looking at it from different perspectives and we all have our own take on things.

Well, you got a track/race car,a classic race car, a super car, a cruiser, and daily driver. Since you have 15500£ (as per your calculation) you still lack of a classic slow car like the SAAB behind the green 911 (more options: old cooper, Renault R12 R18,MK1 Golf,...) and/or a drift car.
Unless you kept them for the logistic team to ship all the purchased beauties back home.

On the second hand, you should consider making a SPEEDHUNTERS credit/loyalty card.

I spent the £15k on an extravagant night out (alone) afterwards. But yours sounds like a better idea.

Isn't an extravagant night out in Birmingham just putting garlic sauce on your kebab and getting an Uber instead of the bus?

This guy knows how to party.

lol for the article, loved it

Let's set up cashhunters.com, where people can donate.

Sort of a let's-crowdfund-my-favorite-cars thing.

Sounds ideal – after you, sir!

I wish I had this kinda money to blow on cars. 1.5 million according to this article seems like pennies and toast.

I'm not all that au fait with Ford V8s, but is this not a thing? The car is registered as a 5,700cc, and this is the information provided by the builder.

Perhaps the original 302 was bored and stroked out to more displacement. Again not saying you're wrong but, the information they displayed is technically incorrect.

Only 1.5 mil? Dayum, I tought only the F40 costs that much. Those rims on the NSX, bad choice I must say.

Absolutely in love with the F40LM & especially when it's Giallo Fly as in Forza Motorsports I ALWAYS paint my Ferraris the same colour! So it seems that it was made specifically for me!

Missing out on TAS, you poor bastard! But I'm loving the fantasy-garage theme to this article (and the selection of cars "purchased"). Surely I'm not the only one here who can waste hours with their mates discussing which dream cars to buy for which dream budget.

Did you get over to the Sunday Scramble this year Jordan? Fingers crossed for some Speedhunters coverage!

Honest living's getting me nowhere.

A fun, creative approach to this article. I like it! 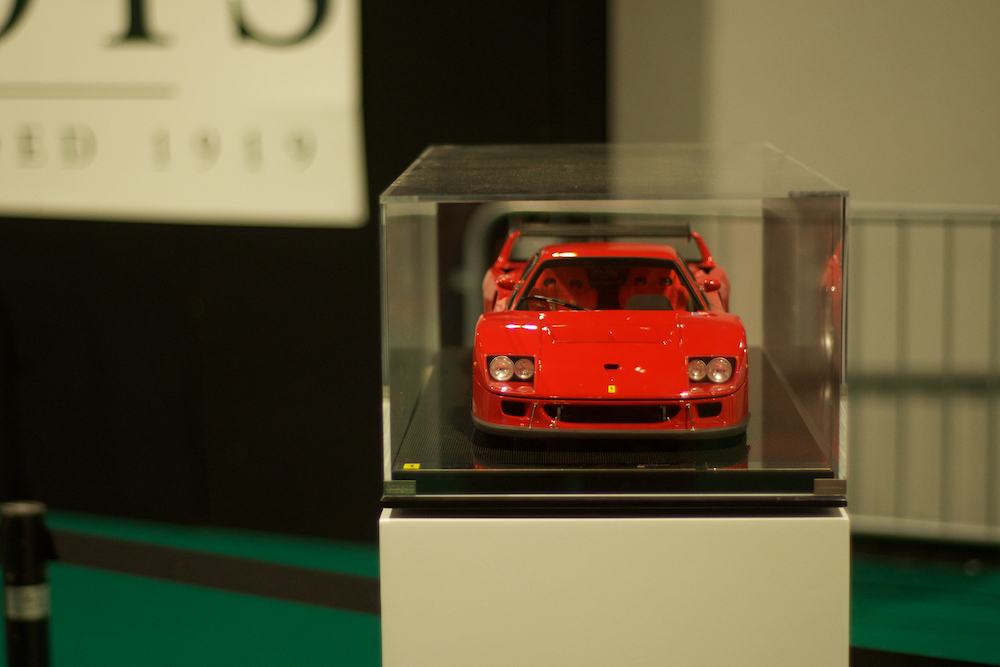