Imagine if the Shelby crew had all the time and money in the world to perfect their GT350 racer during the mid-1960s; what could they have created? Well, we don’t need to wonder, because this car is the answer.

There has been plenty of time now to reflect on various design elements of the 52-year-old model, and three of the original designers at Shelby have teamed up again to make their dreams a reality — experimental aero and independent rear suspension included.

I talked to Daniel Sculnick who’s here at SEMA with Ford and works with Original Venice Crew Mustangs, who have just taken up some shop space at the Shelby facility in Pasadena, California.

While there was a gorgeous bare-metal reproduction body elegantly floating above the car, courtesy of R3 Performance products, the chassis sourced for the build was an original K-code ’65 Fastback. The team went to work, building the car by hand just as Carrol Shelby did in the good old days.

As we all know, time and money are seemingly always lacking for just about any race team. Now that a GT350 build wasn’t being completed in a major crunch mode, Peter Brock was finally able to apply all of his aero ideas to the Mustang.

If you aren’t familiar with Mr. Brock, he’s the gentleman who designed the Shelby Daytona in a matter of weeks to upset Ferrari before moving onto other projects to further upset the Italians.

Upgrades to this car include aero changes to the front end, proper brake ducting all around, and a major change to the rear glass. It’s subtle, but you’ll notice the black window of this car is vented. If you’re familiar with this body style, once you see the vent, you can’t un-see it. The updates are not limited to these minor aero bits, though.

Amazingly, Ford shipped the Shelby group two independent rear suspension setups in 1965; I say this is amazing since it actually wasn’t until two years ago that IRS found a permanent home in the Mustang chassis.

Ford ended up scrapping the project as the independent suspension would have been a $600 option. This price tags seems like a walk in the park today, but keep in mind a limited slip differential upgrade from the factory cost only $11 in 1966.

The rear end in this car is one of those two original setups, retaining about 40 percent of the original parts.

Likewise, the car retains proper ’60s-era parts, like the relay that always seems to go out and a mechanical fuel pump that runs off the crank. The car gets proper use, too, recently taking home the first place trophy in a vintage road race. 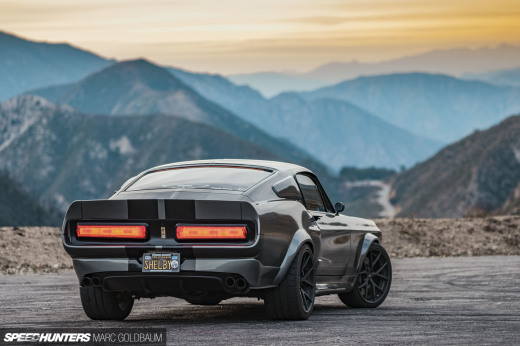 Always love the old IRS setup, they looks so simple!

Wish my 65 fastback was anywhere near that clean! Goals

While it looks fairly nice, what's the reasoning behind the number placement? With it being crooked and crossing the body character line, it just looks awful

I couldn't help but notice that as well. It really bothers me.

The rear window was vented back in the day. One of the details that has always caught my eye

Yep, I had only seen a couple in person before this. Cool that they were able to re-create it, I'm not sure what all is involved but I bet it's not as straightforward as it might seem.

Stunning. In fact, so stunning this is my first comment on Speedhunters. Hi there all! I have a 1968 fastback and it was great to see another vintage Mustang on Speedhunters. (I also have an Evo IX, so if you find a mint one there too...)

Anyway - The vented rear window (and the deep-vent lower fascia, known as a "stone guard" in Ford parlance) is from the G.T.350R road race cars Shelby and privateers campaigned in '65-'66. (Also note the Terlingua race team logo on the fender.) The IRS would be amazing to have... these cars were very competitive without it, but that addition would be incredible.

Anyway, loved this piece, wish I was there with you guys. Keep it up gents.

The "deep-vent lower fascia" is called the front valance. The stone guard is the horizontal filler panel behind the front bumper just ABOVE the valance.

(here's my bonafides... both have been added to since this pic was taken) 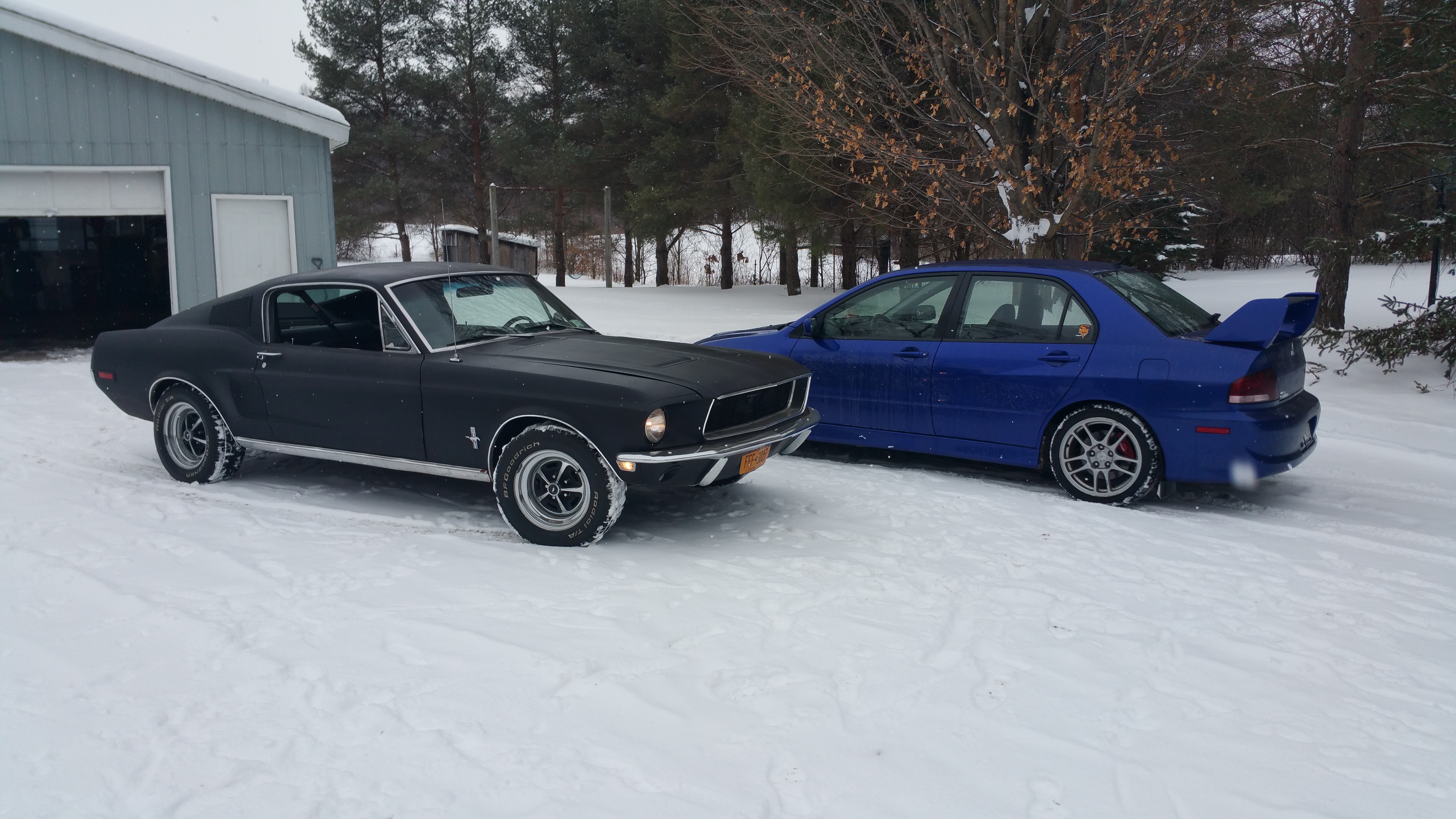 Nice cars man! I have a '66 Coupe myself. Looks like you're set up for summer and winter there.

Love the story on the Gt 350. Just wish there were more of it. I met Carrol Shelby at the Detroit Auto Show as a kid he was a giant of man in a big cowboy hat with a kind disposition.

There's a chance I'll make it down to their shop sometime for a proper feature and tour of their facility. Lucky you, I never got to meet the legend myself but that description seems fitting!

I love cars this is the best birthday present from you guys for a twelve year old like me!

And my favorite car is the Ford Mustang I am a big ford guy my dad had a Ford truck that was my favorite vehicle he had that v6 engine was something then my uncle billy had a Ford f150 triton v8 engine manual transmission that baby was sweet my dad borrowed it for a side job and I got to go with him it was great shifting gears I miss those two trucks I wish that they never got old that's why I became a Ford guy because I love those two trucks those engines were great sincerely, Todd Michael Tubert 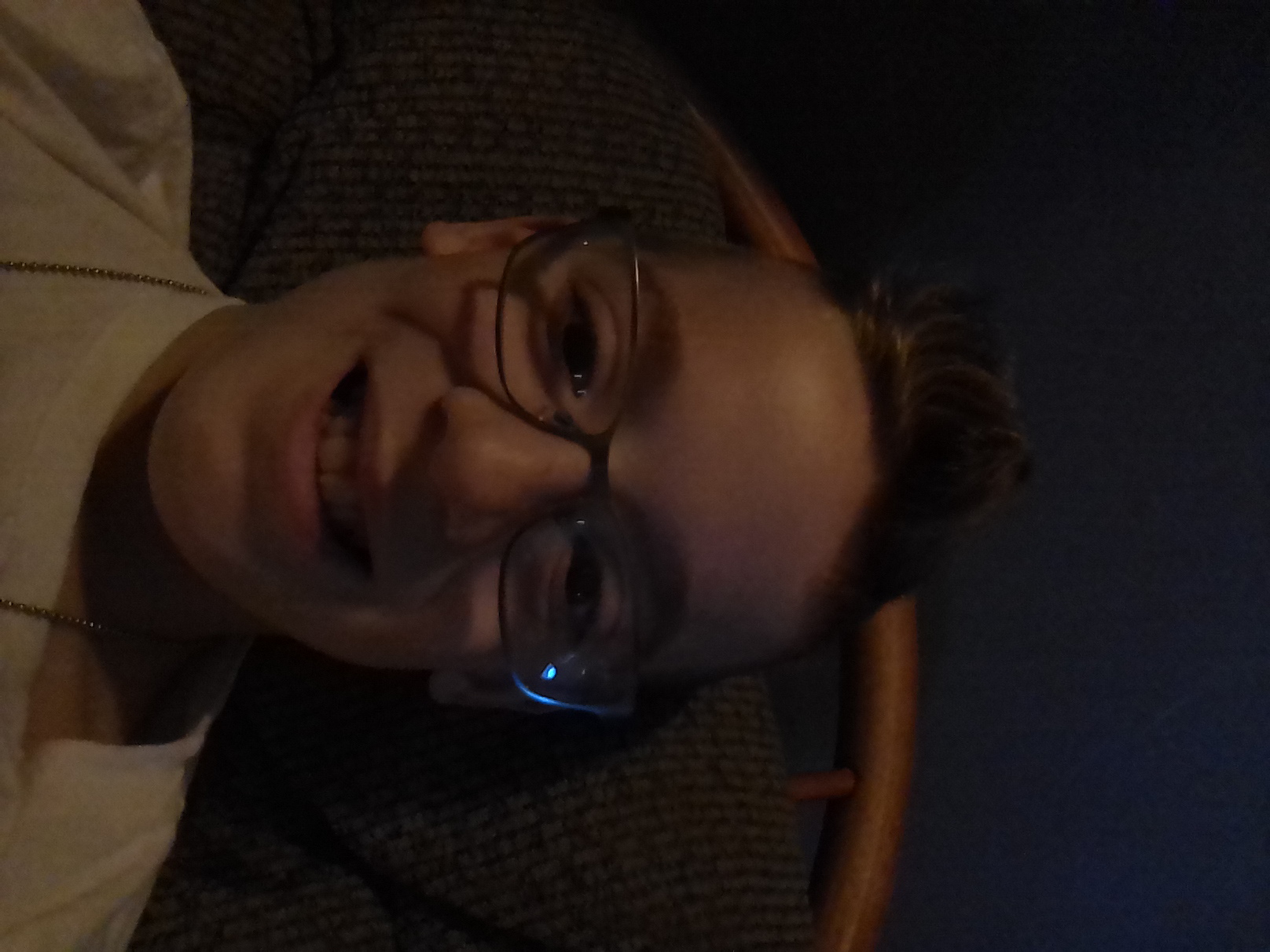 CAM driven mechanical fuel pump not crank.
There was a Shelby Built with IRS back in the late 60s.
Dropping the fastback glass was normal for Shelby Competition Cars in the 60s.
Do more research and educate yourself more please.

Well, the cam is driven by the crank isn't it? Haha you're absolutely right that was a typo on my part. And yes, there was a Shelby build with IRS in the 60s — I never said otherwise. In fact it was THIS very IRS setup that they used for it, too. The only other one produced went back to Ford as far as I know.

As for the dropped glass, I was unaware that it made it onto every car but I never said otherwise on that regard either. They obviously had to convert this one to that setup as it was just an average K-code when the team got started.

I have a '66 myself but I wasn't around back then, so thanks for the extra info!

"Brock worked with Ken Miles, Bob Bondurant, and Chuck Cantwell at Willow Springs Raceway in developing the Shelby G.T. 350 “Competition Model” (the R for the race versions of the Shelby G.T. 350 is the acronym for the original designation). Brock designed the fiberglass valance with a large opening that directed airflow through an oil cooler and the radiator. A pair of holes, one on each side, fed cooling air to the front disc brakes. The rear quarter window vents were covered by riveting on panels to control laminar airflow around the car at speed and the rear Plexiglas window was redesigned to vent air out of the cab. To be readily identifiable as a Shelby Mustang, Brock designed the side stripes on the rocker panel. By the 1966 model year Brock added the rear brake side scoops and the clear Plexiglas quarter windows. These additions are what Brock wanted to do for the 1965 model but did not have the time to get them done. "

These are the comments we need more of! Thanks Mr. TrueBlue.

IRS was also found to provide minimal gains for the increase in cost and complexity. It also didn't meet the rules for SCCA from memory? (Wasn't one of the allowable upgrades?)

Likewise, the car retains proper ’60s-era parts, like the relay that always seems to go out and a mechanical fuel pump that runs off the crank.

The only "relay" installed in a '65-66 Mustang is the starter solenoid, unless you want to count the individual electromagnetic coils inside the voltage regulator, and the small block Ford's fuel pump runs off the front of the CAMSHAFT, not the crank.

I wish I have a Mustang