If you caught Paddy’s recent coverage of the Formula Drift Title Fight at Irwindale Speedway, you’ll know that it was an event not to be missed.

Naturally, every local enthusiast in Southern California was in attendance and thus, Irwindale’s parking lot was full of hidden gems — you just had to seek them out.

Now that the dust has settled for the final time at the House of Drift, I’d like to take you on a cruise through the car park to show you what turned up. If I’m honest, I expected to find more highly modified and wild cars than I did, but I was pleased with what I uncovered nonetheless.

To keep me from cheating I started at the far end of the car park and made my way back to the gate, snaking through each aisle to see what I could spot.

There was a good bit of everything present, and being Southern California this includes gigantic trucks that dwarf the cars you’re used to seeing on Speedhunters.

It also meant that this odd Mazda exists, which is impressive in itself. I know what I’m looking at, but at the same time I’m not so sure what’s happening here. Either way, it sure is asking for abuse in the desert; here’s to hoping the owner does just that.

By the same token, I was pleased to find a track car that’s still driven on the street. I’ll admit, it was suspiciously clean, but bits of melted clag on the front end confirmed that this Z is indeed circuit-driven. I also checked with another Nissan track junkie who vouched for the car in question; I wouldn’t want to give him more credit than he deserves, would I? In all seriousness, props for still driving this thing around town, Niko!

Near the entrance I spotted another Z33, wild in a different way. I also spotted a couple others, which only tells me that this chassis is becoming more attainable than ever. Hmm… the last thing I need is another car.

Really, if you’re trying to not buy cars, this wasn’t a good place for you to visit. I found it a tad hard to walk away from this Corolla wagon and I wouldn’t be surprised if it’s no longer on the market after being parked up at Irwindale.

Other older Toyotas in varying condition could be found as well; some low, some slow, some half-way finished, and others nicely buttoned up.

S-chassis cars were also often found in a huge variety of completion, so I only shot one of each body style (this is a lie, there are a couple more in the bonus images chapter). This S13 was the cleanest one I was able to spot in the lot; low, wide, and hopefully driven sideways often and angrily.

The next 240 is the one I started this article off with, a kouki S14 that was just right. Not too low, great fitment, and evidence of a turbocharger underneath. Very tastefully modified indeed.

While grabbing photos of the Nissan, I noticed a car from a slightly earlier era a little closer to the stands – a simple E30 with a ducktail spoiler riding on the trunk.

Of course, this wasn’t the only BMW in attendance. Plenty of others were parked up in the lot, but I thought this nice E36 near the front entrance deserved a closer look. It sat behind a certain Honda that also merited a few moments.

A mighty NSX, and one that appears to be regularly pushed on the mountain passes. Seeing as how I saw this car at Shukai in San Jose’s Japantown earlier this month, over 550km away, I imagine the bugs on the front end were collected on the trip down.

Of course, if you see one, more are bound to show up.

While on the topic of JDM legends, Dino will be pleased to see that there were a handful of GT-Rs present in the lot as well.

I suppose we might as well throw a good dose of fourth-gen Supra in while we’re at it.

Maybe you can’t quite call an AE86 a legend (or can you?), but this one is still a supercar in its own way; the sticker helps in that regard. No matter the condition, every old Hachiroku I come across has a place in my heart.

While this was one of just a few older models I found, the new 86 chassis could be seen all over. Most of the builds seemed to follow a similar formula, and this silver Scion pulled it off best.

A decent number of American cars were also scattered around, which shouldn’t really be surprising. It’s also worth mentioning that the popularity of the Ford Focus RS and ST models here is soaring in enthusiast circles; I spotted no less than eight at my last track day at Thunderhill.

I have to say, my favorite of the American cars was this ‘New Edge’ Cobra model in drag trim. Truth be told, it’s actually one of my all-time least favorite Mustang chassis, but this one looks so good with the skinny fronts and meaty rears.

This wagon came a close second, although for entirely different reasons. Notice the children’s seats in the back; wagons sure are practical.

While not a wagon, this old Datsun with a beat up racing seat just oozed awesome. With some fresh rubber on its wheels, I can only hope the engine is in similar shape.

On my way back towards the track I noticed a well used pickup that seems to have found a permanent resting spot in the lot.

The Top 32 was beginning and I could hear the whines of superchargers and the screaming of tires just a couple hundred meters away. Smoke rose from the course, passing over the thousands of spectators in the stands — this was my cue to call the car park quits and come back in.

Still, a few last-minute finds slowed me down as I neared the entrance. Finds like this angry little FC3S Mazda RX-7.

Finally, back through the gates I went; battles were in progress and the stands were packed.

We all know who took it home, by a long shot, but the night was still a drama-filled finale.

As for next year, it looks like there will be a few changes on the grid; we’ll just have to wait and see. I suppose the same goes for the parking lot.

"Maybe you can’t quite call an AE86 a legend" did I just read that right!? I'm not sure I can name something as iconic that epitomises JDM car culture more than an original AE86 in panda trim!

Otherwise, a really cool article with great pictures man! Not sure it makes up for the aforementioned slander however haha!

Everyone and their brother who knows of the 86 loves it. Totally a legend

I agree with you. The AE86 is an awesome car and is very desirable now but I don't think there was much to brag about when it was released. It's simply not in the same category as an NSX or a GTR, for example.

It's just a poor man's MKII Escort, isn't it? 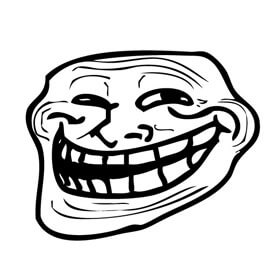 Rub it in Paddy, rub it in. If your country only knew the shame of the Escorts we got in the states. Those things do NOT have what you would call a shining reputation.

how do you insert images
is it [img]

Haha! Just like how Mazda came on leaps and bounds from the RX7 with the RX8... Ahem. This could get out of hand quite quickly I fear.

that acura with the itasha line art.

THAT impreza with the fucking instagram sticker printers!! OwO

I like how the line goes through the dent on the white Impretzel.

I might be wrong but that old rusty wagon isnt Jon Chase's from Hoonigan?

Thank you good sir! ^^ (sorry for the "rusty" grammar in the original comment)

I love this article. Most of the pics remind me of when I just got into import cars in the late 90s. The article reminds me of when I'd be thumbing through Super Street mags.
I also love the lack of bagged and stretched/stanced stuffs.

Props to Niko for daring to drive on semi-slicks on the street. I guess California roads are that smooth?

Nah, they're just that dry.

True! Even if they get slightly damp on those types of tires it's not that bad. The standing water is what gets you...

The tyres on that 350z look very slick for semi slicks, are they street legal?

The difference between semi slicks and full slicks are the two grooves as mentioned below. That's it. The grooves don't actually do anything (meaningful) other than allow the tire to be driven on the street. Still shouldn't do it though because that's some expensive rubber you're wasting if you do.

See those two grooves in them? Somehow that makes them street legal. I think those are Maxxis RC-1 which are 100tw and DOT approved.

Thats crazy, no way would they be road legal in the UK and Europe. Hope it doesn't rain much there!

hahahahahahahaahahahahahhaha
wut?
hahahahahahahahahahaahha dude this is SoCal. We go 6 months sometimes without hardly fog at the coast much less rain. It was 106f yesterday here at the beach and 101f today and its goddamn almost November.

I am jealous.... We had a warm day for November yesterday and it was about 55f

awesome post - I always enjoy stumbling across everyone else cars making the way out/into the car park. If I could take any one of them home it would be the purple Supra, there's just something about it!

If I could pick one it would be the shiny grey Silvia Sil80. I love the colours, the bronze wheels, stickers its perfect(clean af). Mine would look very similar if I would buy and mod a Sil80.

That Mazda3 is beyond cool. I wanna do this to a car to drive around in New England in the winters XD.

great coverage Trevor Yale Ryan , if its just not too much to ask.
The first picture with the red s14 silvia. What is that wing?

There is something in me that died when they dropped a v6 into a Z (zx's dont count....bla), the L was just such a perfect fit. I wonder what a little more effort and evolution would have done to that block

Damn that red S14 is clean. Rear wing, is that the factory aero wing? They look adjustable.

The White GTR with PANDA R license plate is from British Columbia Canada.

Do you realize that sniffing aroud parking lots for cool cars is called "speedhunting" even in my small, eastern europe country?

Is there any blogger who still doing coverages "in old style"? Alexi looks busy nowadays...

That's what I love about going to Irwindale every year, everyone here in SoCal has a variety of tastes so when I pull up to the parking lot, it just amazes me to see these cars. I remember spotting that track Z and that AE86 and it just shows the beauty of the culture we have here. Loved the article and this just saddens me to see Irwindale go