Since 1994, ‘The Great Race’ has played out at Australia’s spiritual home of motorsport, Mt. Panorama, to the soundtrack of high-revving V8 engines, but this weekend’s Bathurst 1000 will be one step closer to the end of that era.

It’s not all bad news, though. In fact, depending on where your automotive allegiances lie, it could be seen as a very good thing. Because from 2019, an open engine standard will apply. To level the playing field, horsepower, weight and rev limits will apply in the ‘Gen2 Supercar’, but it’s obvious that turbo technology is going to play a big role in the future of this series.

Leading the charge is Red Bull Holden Racing, who recently revealed their next generation race car, based on the forthcoming 2018 Holden Commodore. This car will be raced in wildcard Supercars events next year, ahead of a full championship assault in 2019. At its heart is a Holden 3.6-liter twin-turbo V6 engine featuring an F1-inspired electronic throttle control, air-to-air intercoolers and pneumatic wastegate control. Output is 650hp.

It’s the same engine that’s been fitted to RBHR’s Holden Sandman stationwagon, which will be demonstrated at Bathurst over the course of this weekend. This is no ordinary wagon though; under the skin is sedan chassis #888-032 from the 2013 Supercars season, which after being retired was transformed by Triple Eight Race Engineering with the unique bodywork.

Although V8s will still be eligible to compete in 2019, many staunch Supercar fans have lambasted the new regulations which will no doubt see many more teams going down the boost route (old wounds, perhaps?). In fact, V6 twin-turbo packages around 3.5-liters will most likely dominate the field.

From where we’re sitting it doesn’t sound like a bad thing at all, and in the just-released video above featuring the new Sandman V6 TT, you can get a taste of what’s to come. 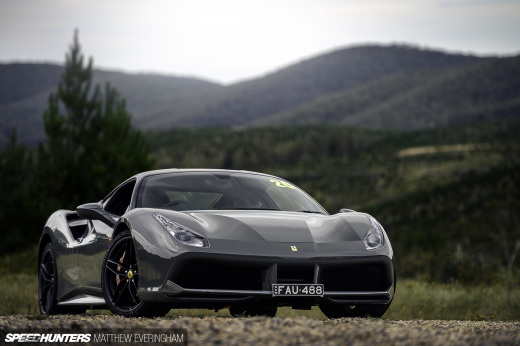 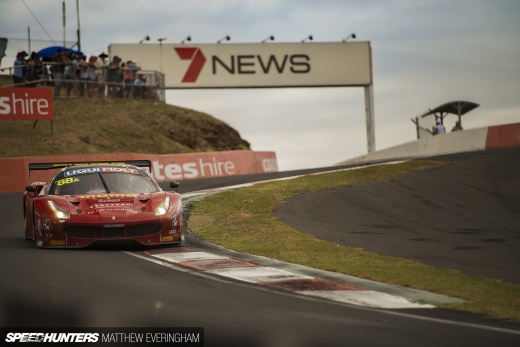 Sounds pretty good. I wonder if Nissan will still be around and use the VR38. I wonder if Ford will run a turbo 5-cyl engine...

Sounds so good! Imagine if this is what Formula One sounded like - they would get a lot more people to races

ford has no motorsport history with a 5 cylinder engine. Besides they have the ecoboost 3.5 that has been lemans proven/endurance race, theyd be crazy to start up with a new engine.

I originally type Volvo and Audi, but Volvo obviously pulled out and we haven't heard anything from Audi. So the next thing I could think of was Ford Focus RS with the 5cyl engine. It was strictly a "it would be cool to hear a 5cyl in the mix", unlike the current crop (no Mercedes and Nissan doesn't sound all that different to the oldies).

I'm confused...is it the weight thing that is going to end the V8? The rev limit? What's to stop anyone from running a TT v8? Sorry I'm Canadian, so I don't get any info on this series

I did read about that a long time ago. What a shame, for the great Aussie cars, and the people who built them.

If guess power/weight ratio of the package will drive the decision. If they can hit the horsepower limit with a V6 TT setup that has a flat curve and save some weight, why go for a peakier NA V8 or heavier TT V8 setup. Also allows them to push marketing on their production boosted engines. Probably be a win win for most companies.

That would make sense, thanks!

i understand the need to 'keep up with the times' but the fact that the v8 supercars have an actual v8 is one of the main reasons that they draw in fans, take the volvos, nissans and mercs that have or are still involved in the series. if go to an event and ask any fan what their thoughts are they'll can them (volvos, nissans, mercs) out it as much as possible. the point is that the fans are fans of the sport because of the refined meat pie engineering that these cars posses, not the speed of the cars, they can easily get a faster car with the support series but its like asking a drift guy to enjoy nascar, its just not going to happen

That's all well and good but the V8s are old hat now, and similarly to F1, Supercars needs to keep upto date with engine tech/development to ensure a healthy amount of competitors. Volvo dropping out at the end of last season was a loss to the series as they had brought the fight to Holden and Ford - you have to admit it is a bit boring seeing a field that consists of mostly Commodores and Falcons with the old Altima bringing up the rear (though the racing is still good - a testament to how the regs keep the playing field nice and level).

They have announced that they are starting the Super5000 V8 open wheel class as a new support race series so you'll still be able to get your V8 fix.

I wonder if Ford will use a twin-turbo barra?

Don't think they're used any more. But the Barra would be an awesome engine, since people have been modding them for years. I'm 100% sure FPV/Ford had to restrict the factory turbo6 for the 'halo' N/A V8.

Far out. Barras are good for tuning but heavy as shit and not very compact compared to V6's. Fucking americans

I'd love to see Cadillac in the circuit with an ATSV sedan...!

a 4 door Nissan with a VR38 may repeat history.....until it gets banned again :p

The GTR from '91 to '92 was up against sierras and 5 litre holdens. Not hard to beat when you have 50% more power and the grip to use it. Thats the only reason they won. There's a reason the GTR GT3 is rwd.....

The best thing about this is hopefully there will be cars fitted with anti-lag systems which will make for a great soundtrack to the races.

That sounds so amazing.

First of all this isnt a 2018 Commodore its a 2016 VF with the series two update (Oh and its a pannel van which was never in production).

The video in your link is a completely different car

Did you read or nah? "It’s the same engine that’s been fitted to RBHR’s Holden Sandman stationwagon, which will be demonstrated at Bathurst over the course of this weekend." No where did they say it's the next gen Commodore in the vid.

Yeah the first 3 paragraphs and realised it wasn't talking about the car I in feature video until the 4th paragraph. Refenernced the new model but nothing about the model of the feature car other then it's a Sandman. Many international readers won't know it's the earlier model commodore.