Is it by pure coincidence that the third car I chose to spotlight from Art of Speed also features an unexpected engine swap?

Well, yes. In fact, I had taken all my shots of the car well before I was able to track down the owner and ask him to pop the hood so I could take a closer look.

The fact that this was an HQ Holden Monaro in Malaysia already made it quite an interesting addition to the show, and one I wanted to use to highlight the country’s amazing variety of cars.

I mean, you don’t even see these old Aussie classics in Japan, and I always rave on about the sheer selection of cars that we are treated to there.

Here’s the unexpected part though; it doesn’t seem like there’s too much out of place, right? Look closely, however, and you’ll notice the absence of a large carburettor sitting atop of the motor. So it’s definitely fuel injected, maybe something a little more modern.

Actually, it’s a Lexus 1UZ-FE VVTi V8, the engine completely stripped of its plastic covers and made to look completely, well, un-Japanese. The polished intake manifold and Toyota throttle body sort of give it away, despite things like the Hemi-badged head covers attempting to add more confusion.

At the end of the day, the Toyota quad-cam V8 provides the exhaust tone you’d expect to hear coming out of a car sporting these sort of looks, even if some models were offered with an inline-six from factory.

I thought the carbon additions were a well matched choice, hinting that there’s a certain level of modernity to make this unique build that little bit more special.

What were the reasons behind the swap? Does the Lexus lump provide more power/reliability than the original motor or is it a case of, it's what they had to hand? I like it!

Lighter, more power, more reliable.
The Australian built V8's in these cars were truly terrible, topping out at barely 240hp. The Toyota motor is a huge upgrade.
The best part is that these cars were a whisker over 1300kg from the factory.

Source, it's easier to get Toyota V8.

The answer to that question is probably both.

That's a lot of work to get all that stuff in isn't it??

Wow! Did not see that coming but I like it!

Dino, I'm so glad you featured this car. I myself am a bit of a Holden HQ fan. And, if you want to see one in Japan, you got to head down to Kagoshima. There's an 'Isuzu' Statesman DeVille there. Note the JAF badge.

Did this photo thingy work? 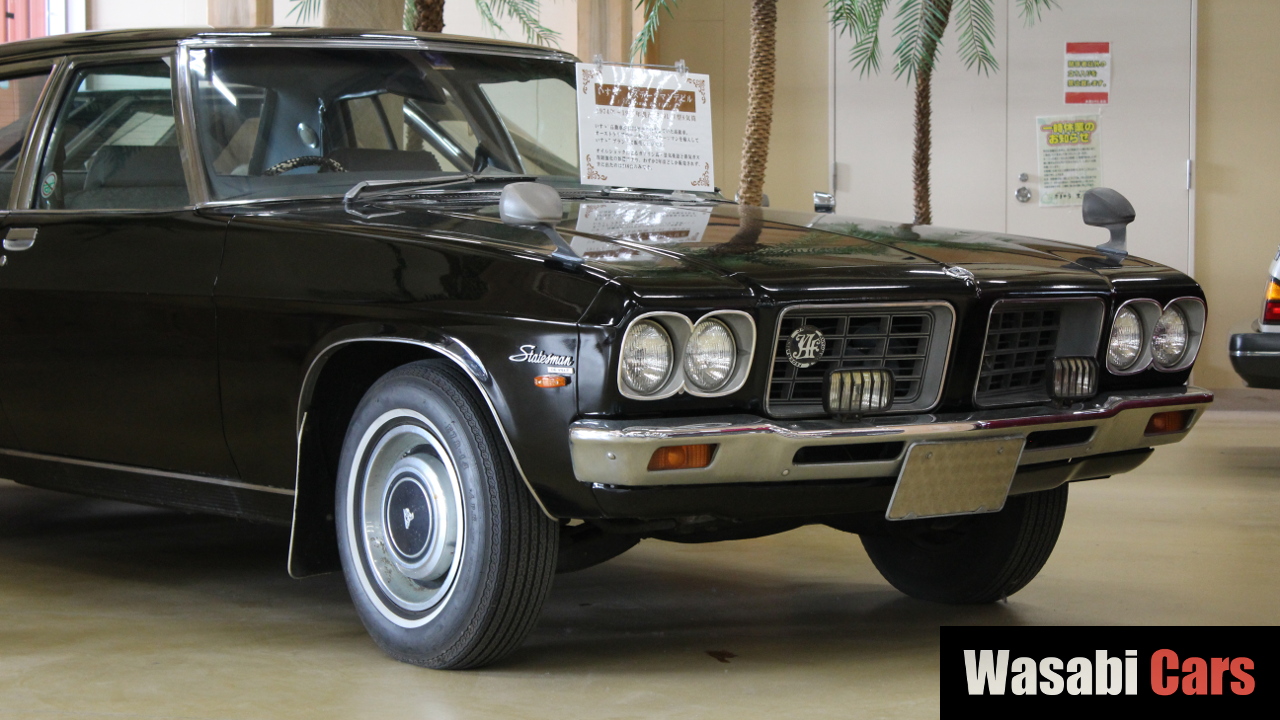 Ah, apparently this Holden was green a few years ago...

You can't go wrong with UZ Family of quad cam motors. It's trouble free, and quite generous on power, and as you would imagine with any quad cam setup, it's responsive to mods.
As of this specific build, the only thing I would change, is those funky wheels, that are eye soaring specially on a classic like this one.

True. Great motors, until you need to change the starter motor.

Do I see what looks like a blue HJ or HX Statemens/Caprice in one of the photos?

"I mean, you don’t even see these old Aussie classics in Japan"
Apparently Mazda rebadged a few rotary versions of the 4 door. They were sold in japan as the Mazda Road pacer... I think.

Not a massive fan of this, but its nice to see some one doing something different.

I'm surprised they didn't put a RB30 out of a mid 80s to early 90s Commodore in it. It is similar to the RB26, and Nissan built them for Holden.

Interesting, the front and rear spoilers are CF copies of the original, it has original badging plus the GTS decals from a later model GTS sedan (after the coupe was dropped).