Am I the only one who thinks there was something really special about the race cars of yesteryear?

Engineering advancements have pushed technology so far ahead in modern day racers that you can’t help but think of them as these clinical pieces of machinery. Impeccably built and fine tuned using the latest composites and alloys, they first get tested in the virtual world, and their drivers are pure athletes that train day in and day out on simulators. I don’t know, but it’s as if racing has lost some of its romanticism. Where are the James Hunts of our time; where are production-based race cars that are nothing short of experiments on wheels?

While at Nismo’s Omori Factory the other week, all of these thoughts began rushing through my mind when I laid eyes on the legendary Impul KS110 Group 5 Silvia.

The exaggerated aero, the crazy widening, the simply huge rear wheels and tires – this thing could have came out of a manga. In all of its ’80s angular beauty, the Silvia oozes character.

Its looks, which where penned in 1983 for its entry in the Super Silhouette class where its bigger brother the DR30 Skyline was also entered, are caricature-like, but in a very good way.

You get a sense for the hands-on experimentation that Impul’s race engineers were doing back then. I mean, just look at the aluminum air guides on each side of the windscreen. How did those pass safety?!

Even if Group 5 regulations allowed a great deal of the chassis to be modified, visually the car had an obvious link to the base S110 Silvia hatchback beneath all of the blisters, vents and splitters. For the ’83 season, the car was updated with S12 Silvia headlights and taillights to create quite a bespoke-looking creation.

And gigantic 350-section slicks on the same wheels – albeit in 19-inch sizing – at the back. Yes, tires that are 350mm wide!

Just look at the offset of the rear wheels…

With the snowplow extension to the front bumper and that elongated tail end, the KS110 measured precisely five meters long.

Attached to the integrated lip spoiler – or rain collector if you will – sits a puny little single-element wing. It’s actually enormous, but against the rest of the car it looks tiny. There are no composites to be found – it’s all trusty metal and the odd bit of fiber.

You can picture mechanics at Impul building this with cigarettes dangling from their mouths, and maybe a glass of shochu not too far away, you know, for a bit of manly inspiration.

And there’s nothing more manly than a side-exit exhaust that spat meter-long flames every time Hoshino-san hinted at backing off the throttle.

Under the bonnet sits the highly modified LZ20B motor, a turbocharged four-cylinder unit that generated 570hp in race trim. Sending that power to the rear wheels was a 5-speed H-pattern Doug Nash gearbox.

In fact, you can see the bent shifter above. It’s a proper race cockpit with exposed bar work and raw aluminum panels that would likely scratch or cut you if you weren’t careful getting in and out of the bucket seat. But you would just take it, and maybe rip the filter off your next cigarette to help soothe the pain.

Head around the back and there are those S12 taillights to complete what is a race car with so much raw aggression that it’s hard to fathom how drivers were even able to tame it. The Group 5 era is long over, but it’s always a pleasure to reminisce. 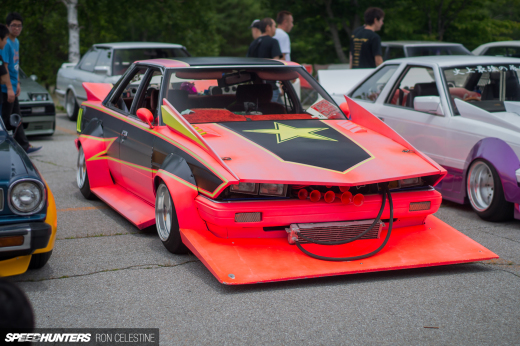 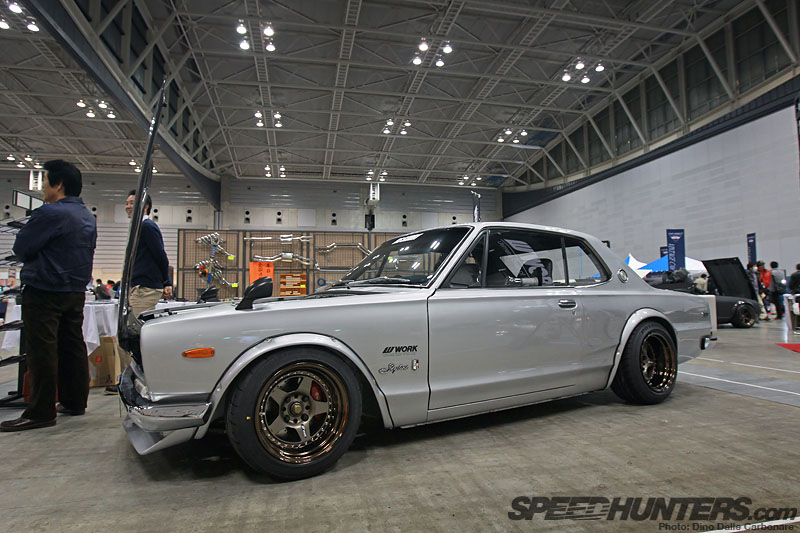 If i ever find an s12, i'm going to build a replica of this car. Truly badass.

Great post and awesome pictures! Where is this? Is it a Nissan museum in Tokyo?

The Omori factory is before central Yokohama if coming from Tokyo. The Nissan Engine Museum and HQ Gallery in Yokohama are near as well.

The romance died when the loss of life became unacceptable. Ok so its just my opinion, but even in a day an age of data acquisition, fancy alloys and computer simulations we live in a world where racing must do everything it can to spare the drivers. I think that this leads the engineers to focus more on safety over pushing the performance envelope. From the drivers standpoint it also means that the current formulation of driver selection is based more on data rather than finding a guy crazy enough to actually get in the car. That crazy driver was the one who oozed passion for the sport and brought with them a passion for the sport that the romance was derived from. He (or she) was a driver that said "damn the statistics, i love what i do so Im going to do it"

To clarify my point, the romance and passion are still alive in motorcycle racing, even though they have all the data analysis and engineering simulation that cars have. Reduce the risk and you reduce the passion, but when the risk increases you will be left with a passionate group of individuals willing to participate in an activity that will most likely kill them eventually.

This tends to ignore the fact that the moves for improved safety - particularly in F1 - came from the drivers themselves. I hardly think that you could accuse Jackie Stewart of lacking passion for racing, but seeing friends and fellow racers killed on a regular basis took its toll. We seem to engage in a process of forgetting about exactly how brutal racing deaths were before the era of improved safety: Lorenzo Bandini succumbing to horrific burns three days after his accident; the great Jim Clark being smashed into a tree at 100+ mph; Roger Williamson screaming as he asphyxiated in his burning car, as David Purley desperately tried to save his life. These deaths did not enhance motorsport in any way at all. Indeed, they only illustrate how callously track owners, organisers, and designers treated those who drove the cars. I for one am glad that safety has improved in F1 and other forms of four-wheeled motorsport (I can't speak to how safety is handled in bike racing, as I don't anywhere near enough about it).

Well, Mike...I'd have to agree with you. Once safety became a big factor in racing, the days of seriously increasing performance for engineering's sake died off. Just look at how F1 exploded with turbocharging in the 80's, shooting top cars well into the 1000 HP range in qualifying trim. Or Group B, where 5-600HP, lightweight, composite bodies and AWD were pushing drivers over the edge, quite literally so with Henri Toivenen. Formula 1 ditched turbos, started reducing grip with grooved tires and smaller wings. Group B got banned outright.

The thing is...motor racing has always been about pushing technology to the edge and cheating death. It's about being dangerous. It's about a driver pitting his skill against the laws of physics and coming out on top. Or not.

Do these cars ever get to be driven on tracks or are they stuck on display? Sad to think the Silvia, and that 400R, won't be let out to play.

Every year at the Nismo Festival

Wonder how much grip this thing gets

"How did those pass safety?!" well, maybe because they aren't as unsafe or even better, aren't as likely to cause injury in realistic setting as today's standards lead us to believe. A lot of todays health and safety standards waste a tonne of time and space accounting for accidents that have the likelihood of happening that is similar to seeing a unicorn, but we're so stubborn about trying to account for everything that could possibly happen. Sometimes, the likelihood is so small, than when you relate it to the amount of hold backs and negatives around trying to ban it....you see it's just not worth it. I don't recall these windscreen fins ever hurting anyone or worsening a crash - but I guess we've all seen Final Destination and Tarantino's movies...

You definetly got a point there. Today's safety regulations prevent even a chance of a chance of something happening. That also takes responsibility off drivers who believe that safety and electronics will save them, just look at whats happenind on everyday basis. No matter the safety, people will always find a way to injure or kill themselves with stupidity.

I went there last year and I loved it. I will go again once I buy a Nissan.

The race cars of the 80's and 90's to me are the best of times for racing, both because of the awesome/crazy cars but the awesome crazy drivers as well, as Mike wrote so well about earlier.
Thanks for sharing these awesome shots Dino!

Old race cars rock. Remember also the Porsche "Mobi Dick", or Ford RS200? I think it all died when in general sport became bussines, when it wasn't for the fun and thrill of it, but for the winning. Safety measuers could have been applied to those generations, instead they just dissapeared qnd were left for museums. They definetly had something special no cars will ever have again. Also, '80s were a kind of a peak of mechanical engineering, it's probably a fruit of "Let's try this...". Those cars weren't perfect, but they had their own regulation of perfection. Thanks Dino for the topic, it is really good to go back to those oldies at least for a bit.

I can partly agree, but I think, that the modern day DTM (with proper V8) cars are also really great looking and have flair. And in 20-30 years, when we (hopefully not) will have electro race cars (or some kind of 1 cylinder hybrids), we will look back at this time and say "yeah, the DTM of the 2010's was proper racing". I like the nostalgic touch, but sometimes it's too much. 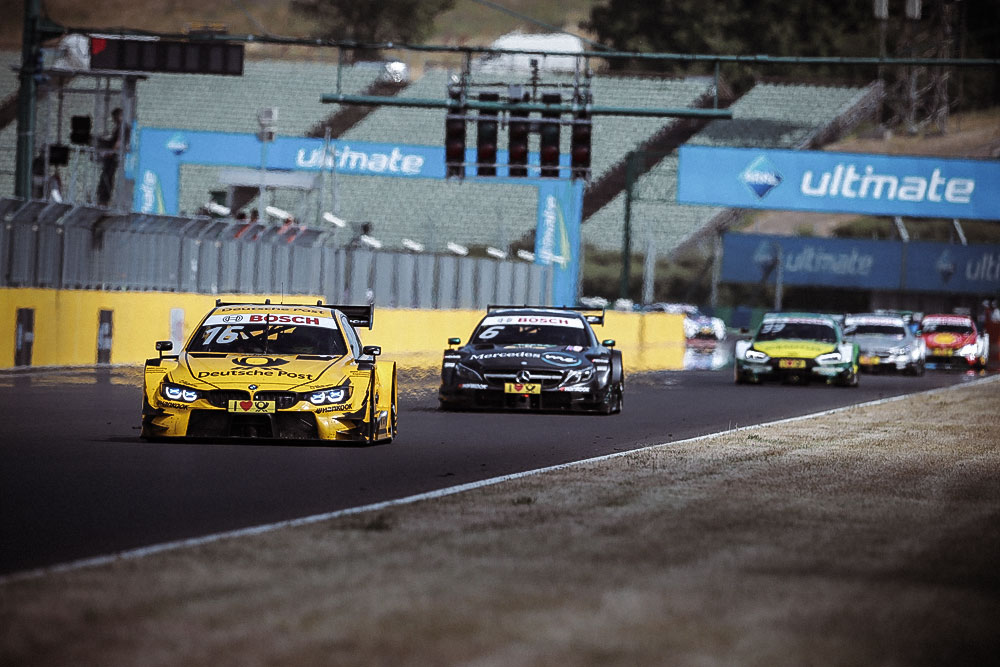 Awesome Awesome car!! Great pics also Dino. Please please also do a feature on the R92 race car as well... one of my all time favourite race cars

Well,some of those youtubers call this' stupid Japanese ricer'

that is NOT S110. S110 is the square body coupe for Group B homologation car. that is S12 silvia, the forgotten middle child. I had 2 before. and speedhunters of old did 2 articles of S12 in the past.