You’re driving around, minding your own business and then BAM, it happens – you spot a car so nice that you find yourself involuntarily slowing down to get a better look.

That’s what happened when Dino and I were in Yokohama last week; we chanced upon this parked-up JZS161 Toyota Aristo V300 and straight away wanted to know more about it.

With its bright candy red paint, suspension drop, and fenders ‘massaged’ to get the wheel fitment just right, the big-body Toyota sedan stood out dramatically against the cold, industrial background.

Unbeknownst to us at the time, the owner of this particular Aristo was close friends with the guys at Nichiei Racing, who we had come to visit, and he was more than happy to give us a closer look.

In piecing together the car, the owner wanted something that had a bit of flare and style to it, but he didn’t want to go over the top. A quad pipe rear exhaust from a newer model Aristo is fitted, and the wheels are AME Shallen XG-23s – simple but effective upgrades when matched to the low ride height and custom paint.

Everything under the hood remains pretty tame, but not a whole lot needed to be done given this V300 version of the Aristo came factory fitted with a 2JZ-GTE. To that, the twin-turbo setup has been ditched in favour of a big single Trust GReddy T78-33D turbocharger, and a large front-mounted intercooler has been added. Making the most of it all, the original automatic transmission has also given way to a manual gearbox.

Although this Aristo had a little bit more work done to the exterior in comparison to the AE86 Trueno I found hiding down the street, you could say this is another example of a mildly modified car that the owner can get into, and simply drive (and do skids in from time to time).

Not familiar with the chassis (only a bunch of pics from this site) but i will take the same criteria that this owner did while upgrading his car, a simple and effective upgrades and yet comfortable for daily use. Even if it's not a 1M $ car you can see the "elegance" in it.

Yes, definitely a comfortable daily that you can have a bit of fun when you feel like it.

it would be nice if the owner spend a little time in the engine bay as well...

I think he's too busy doing hood things to care lol. Also, he was caught totally off guard to be fair. If he knew, I'm sure it would have been spotless ... Maybe lol

Yea, if only to wipe off the red overspray from the exterior painting...

Looks pretty functional to me. No need to clean things up too nice.

Why? He already spends enough time cleaning the exterior.
A car is meant to be driven, not parked up with its hood up so the owner can show of the laundry list of parts he has installed that ultimately make zero difference besides emptying his wallet.

you dont build a car like that and leave the engine bay dirty man....

Its hardly filthy. As far as I can it's got a light layer of road grime and a bit of overspray

Do you have a pay-pal... in the event if you have you can include an extra 750 a week to your revenue just working on the internet five hours each day. go to this site
>>>>>>>http://www.ask-cash.com

down, down you go.

Why do I see a lot of owners swapping twin turbos for a big boy?

"Back in the day" twins spooled quicker than a big single to make X amount of power. These days, modern turbos are superior to a set of twins, and are also far easier to work on.

MotiveDVD has a video on this where they tested a big single vs upgraded twins on an R32 Skyline. The big single was easier to maintain and made more power while not having any negative impact on response.

It boils down to intended use, desired power and efficiency John. The stock turbos on a 2JZ are good to roughly 450whp on standard pump gas with basic performance upgrades (BPU).

That may seem like an entirely respectable number for a street car, and it is, but keep in mind that is the top threshold of these CT20 turbos, which means they are being pushed HARD.

The idea is, with the proper single turbo selection, you can make the same kind of power, with only minimally-reduced response, at a much lower boost level without pushing the turbo to its limit.

Furthermore, you greatly reduce the complexity of the turbo set-up by ditching the twins for a single. You can more room in the engine bay and the charge pipe plumbing is simplified. Less chances for boost leaks!

I know on USDM cars the turbos are set to run in sequence versus parallel, so a lot of guys do what is called a 'true' twin turbo mod so both turbos make the same boost simultaneously rather than one after the other.

So, at the end of the day, again, it really depends on what you intend to do with the car and how much power you need to do it, but stock twins will have to work much harder to make the same power as a properly-spec'd single.

Absolutely killer car, Looks and sits perfectly! So the engine bay might need a clean.. 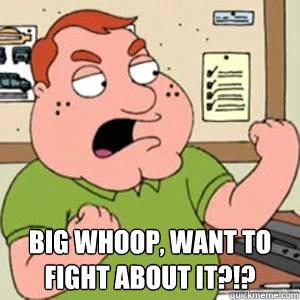