Wouldn’t it be great if cars didn’t need maintenance? Imagine if every penny spent went towards exciting stuff, like visual upgrades, trick new toys, improved handling or lots and lots of added power.

I mean, I enjoy the feeling that you get from driving a car straight after you’ve made sure that everything is just right, I just really don’t enjoy the ‘spending lots money on it with not much to show’ part.

It’s been a reasonably expensive, and quite unfruitful month on Project 2000; or at least it appears that way on the surface. There were several jobs that were adding up and I knew needed doing at some point, and for some reason I thought it made sense to get them all done at once. This coincided with excruciatingly boring annual expenses, such as the MOT test and insurance renewal. The sort of stuff that you’d really appreciate being spread out over the year.

Oh, and I got a puncture at Silverstone too. Not even doing anything interesting out on the track, just parking in the carpark. Brilliant.

I’m not sure why I thought it would be a good idea to get everything done at once really, because all it’s done is quickly dwindle my bank account and left me with almost the same car I had before, bar a few changes.

I apologise for this update not being very rock’n’roll; it’s much of a muchness though, all stuff that needed doing.

First up, the car was due for its annual service. Having got away with a minor oil and filter change last year I had an inkling that I was due for a big one this year, and I was right. Sitting down with the service book in hand and sifting through all of the service history receipts, it was a case of working out what exactly had been done previously and what probably needed doing.

As it turns out – everything. Along with a thorough change of fluids – engine, gearbox and diff oil as well as brake fluid – I couldn’t find any record of the valve clearances being checked and adjusted, so thought it best to get this done too. The F20C can get a bit ‘tappy’ if the valve clearances aren’t kept in check, so it’s an exercise worth doing every so often.

Along with the valve clearances I also took the preemptive decision to change the stock timing chain tensioner. After a quick chat with S2000 experts Ballade Sports in the US, I had one of their uprated timing chain tensioners winging its way to me across the Atlantic. The worm gear inside OEM Honda TCTs have a tendency to wear down, releasing tension, at anything from 30,000 miles onwards. This causes the chain to rattle quite significantly. As my car has now covered just over 80,000 miles, and I couldn’t see any record of a TCT swap previously, I thought it best to get it changed before any problems arose.

While some people opt to disassemble the OEM TCT and sandblast the worm gear to reset the tension, and others just swap in another OEM item, in doing either you’re still on borrowed time. It will lose tension, and fail again eventually. The Ballade Sports item, on the other hand, is made from 6061 billet aluminium, with uprated gearing inside, and is a direct swap for OEM. It also comes with a lifetime warranty; it’s a fit and forget part. It’s also a wise choice if you decide to go for high-lift cams, or forced induction in the future as the OEM TCT isn’t up to the task.

I knew the front pads were getting low too, so I picked up a set of Ferodo DS2500s to swap in while the car was being serviced. There was plenty of life left in the discs, so nothing else was needed at this stage in the braking department, at least I thought.

I had a Honda mechanic friend take care of the service for me, and give the car a thorough checking over while it was up on the ramp. This is the first time I’d had the car up in the air, and it’s always a nerve racking moment as you never know what you might find.

Thankfully it’s looking in good shape underneath. Frustratingly, the diff and gearbox oil that came out of the car was perfectly clean – a good sign that there wasn’t any nasties floating around, but somewhat of an unnecessary expense in actually changing it. I’ve seen dirtier oil put into cars before.

The valve clearances were pretty close to Honda specification too. Thinking back, it’s possible that the guy who I bought the car off a few years back omitted some of the service paperwork and this was all work that had been done previously. Regardless, at least I know it’s taken care of now.

While the car was on the ramp we also fitted the Ballade Sports TCT. To be honest, it was pretty straightforward; you unbolt the old tensioner, carefully removing it from the head intact, and replace with the Ballade Sports item using the supplied bolts.

Admittedly, I just watched on while my buddy did the hard work, but after seeing how easy it was to fit I felt a bit daft for not doing it myself.

We (I say we, I mean he) also fitted the DS2500s too. I’ve never been that happy with the brakes on the car, although other owners say that the OEM-sized brakes are fine, even for modest track work, and that big brake kits are a waste of money.

While the DS2500s and new fluid will definitely make an improvement, my mechanic friend also recommended fitting a master cylinder brace at some point. He told me that there was a lesser-known Honda recall for some S2000s due to bulkhead flex which, ultimately, reduces pedal feel and braking efficiency. Although my car wasn’t affected, it’s obviously a weak point that needed addressing.

Service done, the following day the S2000 flew through its annual MOT test without fault. Although I begrudge the bills, I have to say it’s nice to be paid up and legal for another 12 months; the car’s feeling a lot tighter and seems to be running really nicely now, too.

Although the DS2500s were still bedding in, I couldn’t shake the impression that the brakes still weren’t feeling right. Off the back of my newfound knowledge about the soft-cheese bulkhead problem, I ordered a simple brake master cylinder brace from Tegiwa, which promptly arrived a couple of days later.

Shocked as you might be, I managed to fit this myself, without help. I did a few tests beforehand, and I could clearly see the bulkhead flexing a few millimetres under heavy braking. The brace bolts to existing threads on the chassis and a stopper screws up snug against the master cylinder, preventing any movement from flex.

I’m not crazy on the blue, but it does the job (and matches the TCT, I guess?).

A quick test blast and the brakes feel much better now; the DS2500s bite quickly and I’ve not noticed any fade or loss of braking feel under spirited road driving. Pedal feel is much improved now, and far less spongy too.

With all of the boring and routine stuff out of the way, I’m looking forward to finally cracking on with making the car look and handle how I’d like. Until next time…

From Street To Track, An S2000 Adventure

That feeling is the baddest of them all, spending $ on stuff u cant see make any difference, but can FEEL =) Im on that period myself but in the end the driving experience is improved = more happy

wow,who would guess that master cylinder brace helps a lot. Never heard for anything like that, good education.
Nice writing,keep it up

When will you fit the wheels?

First I need to find a big enough hammer…

Do Ballade do a TCT for the K series?

I'm not so sure that they do – worth getting in touch with them though.

As you say, not the exciting stuff but peace of mind knowing the basics are covered is always worth it.
Finally got mine back on the road today, taking it down to Coventry Motofest tomorrow, will be parked up in front of the Transport Museum and giving it some beans on the ring road parade lap later.

Are you covering the event Jordan? 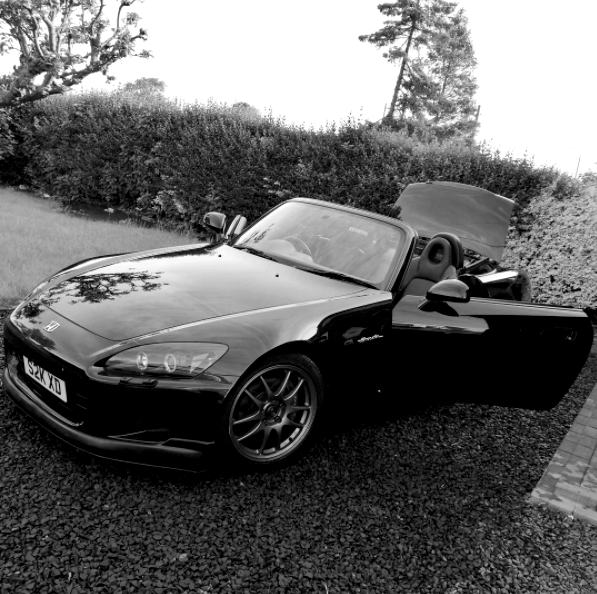 Sadly not - I need to make it to Motofest one year!

Hi, is the picture with the door opened...the same car? or you fitted a different rear spoiler...

Rumbled – an old image pre-spoiler got mixed in.

You can have a good brake upgrade for less than 1000€. 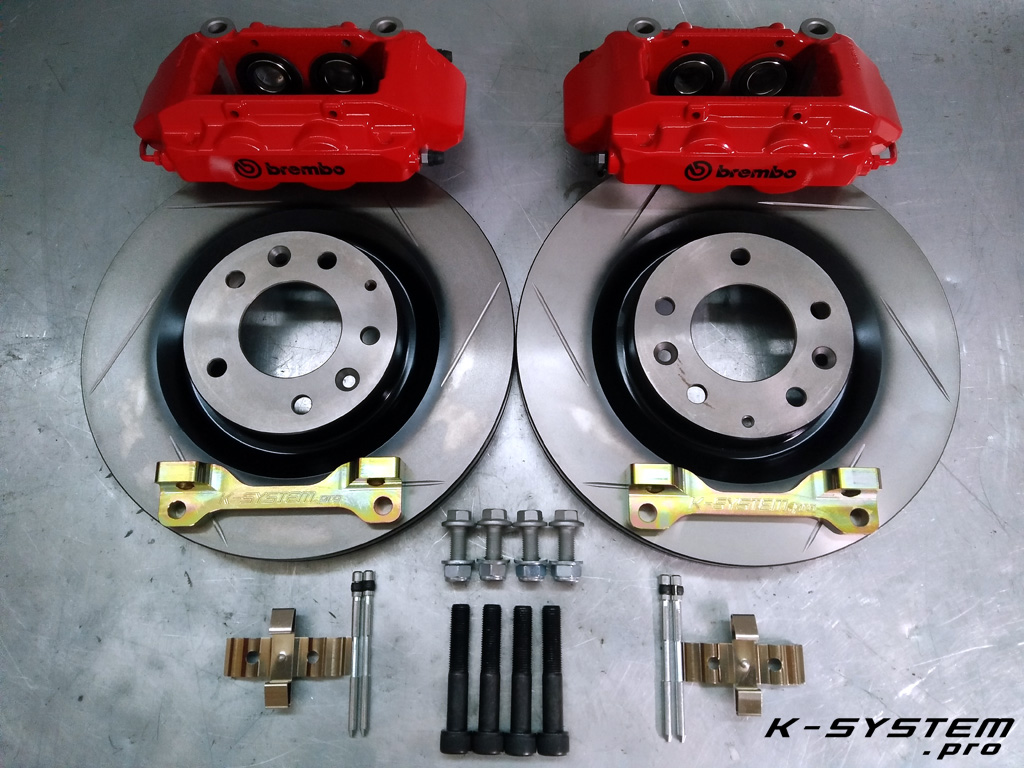 Oh I'm sure, it's just that the car is pretty well braked from the factory. I don't see point in upgrading until the car outperforms the standard brakes.

Amazing that the brake sponginess was actually caused by bulkhead sponginess. I bet it's nice to be able to afford all that professional maintenance. I do good just to change my oil on time and fix other stuff once it breaks. Or maybe that's just the college kid truck life.

i love seeing in progress builds as much as the finished build itself. hope to see more content like this in the future

Glad you're enjoying it – that the purpose of the project stories. They might not always be glamorous but you get to see each progression along the way.

Ahhh, the less glamorous side of owning any car.... maintenance. As always your photos are beautiful. I'm always excited to see a post from you so please keep us updated regularly!

I can imagine – it's surprising how much flex you can find. Every millimetre of master cylinder movement is basically pedal movement that's not being translated into braking power.

Commenting on an old thread brrrp. Jordan next time follow the Ferodo or Mintex bedding procedure. The brakes won't just bed in they need to heat cycle or they'll stay "green".