Without a shadow of a doubt, Australia is home to one of the greatest car scenes on the planet. That said, it’s not without flaws.

Are you a fan of JDM? No worries, see these guys on a Thursday. Prefer muscle? Head over to that group next Saturday night. Oh, you have a penchant for vintage metal? That group meets on the first Sunday of the month. Regardless of your automotive passion, you’re guaranteed to find a scene of owners and enthusiasts just as passionate as you are.

Sadly though, what you won’t find is any form of overlap, or interaction between scenes and styles. Well, not on a regular basis anyway. I feel like it’s a missed opportunity for everyone to share, learn and grow.

My role behind the camera allows me a freedom to walk between the many and varied groups that make up Australia’s broader car culture. But there aren’t too many people who move so freely between scenes though, and it’s a bit of a shame. At the risk of sounding a little John Lennon, imagine all the people, sharing the scene as one. It seems as though that lofty ambition is the goal of the group behind Fitted Festival.

Fitted Festival secures its place as a highlight on Australian East Coast calendars with its ability to overcome our self-segregating policies. The event unites the very best cars and the biggest crowds from all corners of our varied and fragmented scenes. If it’s petrol powered, it’s welcome.

The show has transformed substantially in the five years since its inception, 2017 having ushered in a new era with a name change from Fitted Friday.

The new name is a perfect fit (damn, I’m funny). While the show began life as essentially a well-planned carpark meet, it now bears more resemblance to a well-staged music festival complete with light shows, regular DJ sets, and of course a custom built main stage for the real stars of the show – the cars. It’s unlike any other car show in the country.

Having aircraft taxiing, landing and launching less than a quarter-mile from the show was certainly a new experience for me. It also made for some potentially once-in-a-lifetime photo opportunities, and I wasn’t the only one taking advantage of the setting. Proud owners beamed as wave after wave of enthusiastic car photographers did their best to capitalize on the situation.

I felt like an extra walking through a movie scene, but the general vibe of the audience inside the gates was still very chilled and extremely friendly. No doubt the extra attention to presentation and the chance to drool over different styles of builds created an additional level of excitement in the crowd.

It all still felt very comfortable and familiar though; car owners and fans alike were both more than happy to stop for a quick chat.

I wasn’t sure how big of a turnout to expect. Fitted Festival was originally slated to happen months ago, way back in April, but a week or two before the original date the wider region was pummelled by a severe and unexpected storm system that damaged hundreds of millions of dollars worth of property with no warning at all. In the following weeks, the Australian government was quick to issue severe weather warnings for absolutely anything other than a perfect blue sky.

Not only was the original Fitted date postponed due to incoming storms and weather warnings, but the follow-up date was also delayed for the same reason. Talk about bad luck. Ironically, both of those postponed dates ended up being somewhat dry as the storms mostly blew out to sea.

The third date was set, and again the weather threatened to spoil all the fun. While there were no severe warnings present this time around, the day was marred with patchy rain, but nothing substantial enough to delay Fitted Festival’s third attempt.

Ultimately, the looming rain and delays had minimal effect on fans and drivers planning to show up. In fact, there were record numbers of both.

For the most part, Fitted remained dry. It wasn’t until towards the end of the evening until the dark sky acted on its threats and bucketed down on the show. The rain was heavy, intense and short. I’ve got hand it to both the fans and organizers though, because the award ceremony continued uninterrupted.

Those that remained until after the storms passed were treated to an unexpected and incredible sight. Did you think the cars on display already looked amazing?

Nothing looks as amazing as wet, glossy paint, or chrome dripping in water. Countless of beads of rainwater twinkled as the lights of the show danced across panels of wet, perfect paint.

Colorful reflections formed on the wet asphalt and pools of color created the illusion of cars and roads merging as one. Rain and mist mixed the headlamps and spotlights, creating brightly colored halos everywhere you looked. The best way I can describe it is only to say it was beautiful.

Aside from the world famous parking areas of Tokyo or the insanity that is Gatebil, few places display the breadth of the tuning scene like Fitted Festival.

This wide-body S15 Nissan Silvia and Australian-built Holden Torana SL/R (packed with close to 1000hp) couldn’t be more different in heritage, style or application. Under usual circumstances, the owners of these two machines would probably never have crossed paths.

I’d like to imagine that these guys stopped, checked out each other’s builds and had a chat, sharing build tales and knowledge, and hopefully planting the seed for what could come next. Something that crosses boundaries and throws the status quo out the window.

Amongst the cars on show, a few rides were hand-picked for future features. I’ve curated a selection based on the very same philosophy that makes Fitted Festival shine: I’ll be aiming to showcase a wide and more eclectic snapshot of the quality builds on Australia’s East Coast. Feel free to trawl the Cutting Room Floor chapter below for some hints.

Diversity has been a buzz word mercilessly bandied across the media the past few years, at least here in Australia. You’re probably sick of hearing the term, but stay with me for a second. Apply it to our world and just imagine what could be possible if the scene united more than once or twice a year… 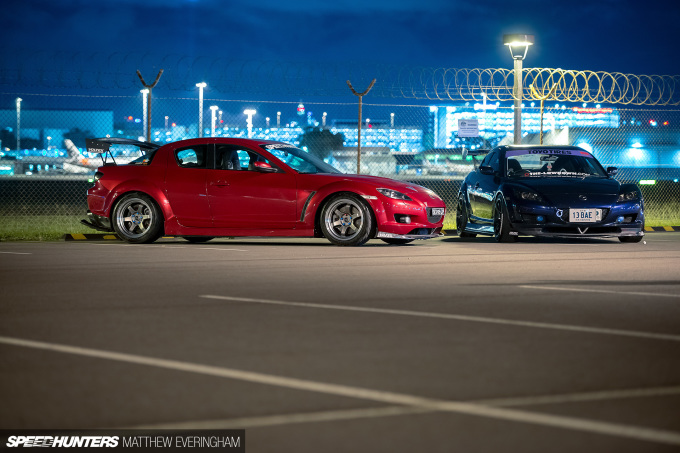 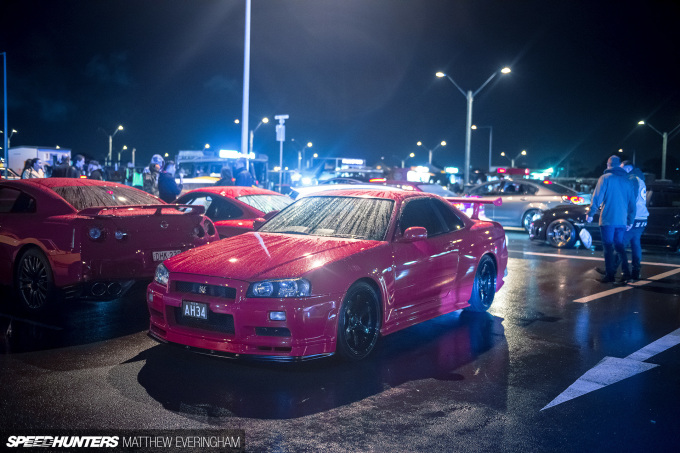 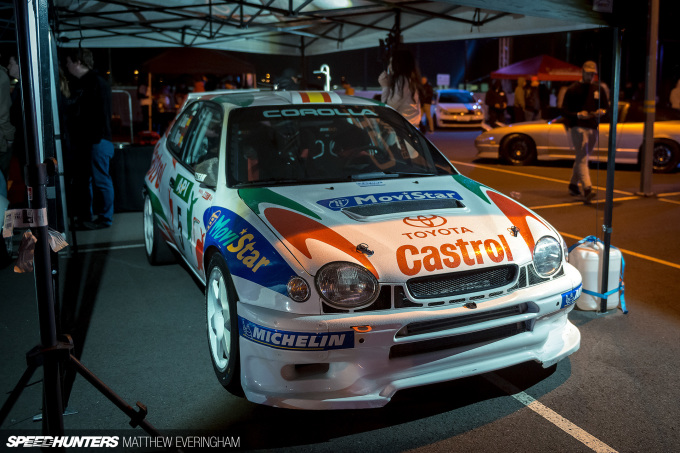 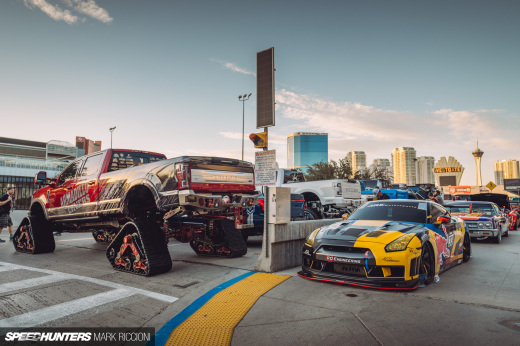 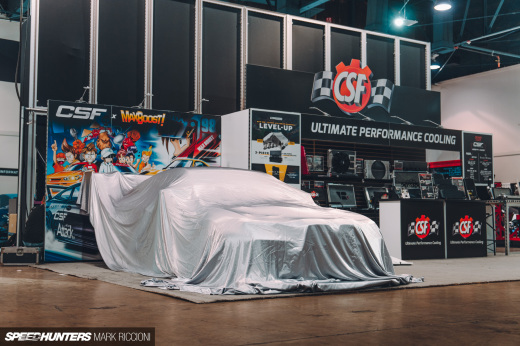 Chris Palazzo's Falcon coupe was built by metal genius Adam Le Brese (lebrese customs). Genuinely amazing car in the flesh and has been to SEMA after winning MotorEx. http://freestylerides.com/3297/adam-lebreses-ford-xc-falcon-coupe/

Its an amazing build, no doubt. I think as far as any XA, XB or XC goes though, looks wise, it does nothing for me. I've seen probably 50 or so more of this model Falcon look so much tougher. In saying all that! I have never seen it in the flesh, it may change my mind completely and building a car is definitely a personal thing.

It's always been a build I've admired. It's undergone a few changes under Chris. I'm looking forward to giving you guys a closer look in the near future.

It'd be great to get in touch with Adam and show the world what is in his shed also. Not a big one on social media yet he pumps out these amazing cars. Glad it went to someone like Chris who has the respect for the original build yet still has a vision for changes to enhance.

It's an amazing build!

Amazing work, especially considering the conditions. Some really nice cars out there.

Thanks dude. The rain was cold but tye images made it worth it.

I'm loving those vanity plates! Especially "69 ROFL", that got me!

Your depiction of Australia's mutually exclusive car cultures is unfortunately all too accurate Matthew. But you're right in that great events like this are starting to challenge the hate and now build appreciation between different scenes.

Another new event that's braking down the barriers is Central Coast Coffee and Cars, held monthly on a Sunday morning. The random (mostly road going) rides that turn up each month is an awesome sight to see together. From JDM to Aussie Muscle, British Vintage and Italian Exotics, there is something new to see every month. And it's only an hour north of Sydney, straight off the M1. You should come check it out mate!

I'd like to head up for the next showdown. They're always really impressive!

Looking through the photos in this article, I could've sworn I was looking at screenshots of NFS 2015. (Not that that's a bad thing. NFS 2015's graphics are almost lifelike!)

Definitely a show that has been ahead of it time. Make the trip down from Darwin 48hrs drive to check it out!
Awesome atmosphere and vibe with awesome cars and bikes.
Speedhunters your missing the bikes??

Im not sure you have heard of powercruise? but Powercruise brings several areas of the scene together, and not just to park up but to enjoy the cars on the track. Now im pretty sure you have heard of powercruise, but hard to then go and say no other event brings the scenes together like this one, when PC is such an obvious one, just more of the cars arent just show ponies that drive on the street. But this event does look like an awesome way to spend a friday night. Got to love the ozzy car scene, as a kiwi, I think other than their shit road laws towards modified street cars, OZ has the best scene in the world, easy!

Powercruise is something I plan on exploring at a later date. They're good fun.
I never claimed this is the only show, I claimed that it's one of only a few. More importantly the point I was trying to make is that MORE events that aim to bring everyone together need to happen in Australia.

ha ha, its funny, the one car that's probably had the most abusive life, is the one under the cover!

There should be a photoshoot with the gray GTR R33

What is it with australians and those absurdly huge wheels on muscle cars?

Great event! Huge turnout and some amazing cars on show. Looking forward to the next one!