If there’s one thing about modern engines that really irritates me, it’s the way they’re presented. You’ve probably heard me bang on about this before, but I just can’t understand auto manufacturers when no thought or care is put into how an engine looks under the hood. And in particular I’m talking about sporty, performance-oriented cars, anything that we’d deem interesting here at Speedhunters.

With the move to replace even intake piping and plumbing with plastic, there is really no need to show the engine anymore, so a big plastic cover is usually dropped on top to cover everything up. It’s just wrong.

With this in mind, you can probably imagine my happiness when so many cars at the recent Wekfest Japan event had their engines on display rather than being hidden away. It just makes you love older engines and cars even more.

But despite the high quality that Wekfest offered up, nothing could have prepared me for the way this Toyota 3S-GE motor grabbed me at the Mooneyes Street Car Nationals in Odaiba over the weekend.

I was captivated, instantly drawn in, mesmerized by how simple yet incredibly beautiful it all looked sitting in the satin-finished, semi-shaved and wire-tucked engine bay.

And the car that Toyota’s naturally aspirated 2.0-liter had been swapped into was even more of a welcome surprise. AA63 Celica notchbacks are quite the rarity these days.

It all had an underlaying feel of brutal functionality, even if the owner had obviously spent a ton of time getting things to look real nice. Originally this Celica came with a 4A-GE outputting around 130hp, but the 3S-GE, with its extra capacity, throttle bodies and tuned-length header would be making a fair bit more than that, not to mention producing more mid-range torque, which is always welcomed.

The way the exterior has been left untouched, save for some subtle massaging of the fender flares, and the simple drop on a set of 16-inch Barramundi Snook wheels with Toyo Proxes R1R rubber makes the Celica look even more special. Less is often more, and here’s the proof.

The Celica/Supra badge on the front grille is a cool touch that’s been retained.

On top of its stubby nose, the AA63 notchback had a unique rear end that’s a lot harder to digest than that of the hatchback variant.

Still, if there was one car I could take from this year’s Mooneyes Street Car Nationals, this Celica would have to be it. It really did tick all the boxes for me.

What a lovely car, shame that I've missed it before. Looks very 80's and aggressive in the same time and reminds me about Buick Regal GNX.

I love these old Japanese cars and agree that the current propensity for covering the engine bay in plastic covers is wrong.

It does look a bit like those cars, especially the Mustang

Any chance of getting some photos of the Celica with the hood closed?

Glad i picked one of these up 2 weeks ago

In canada we only got the 22re, it's torquey but certainly isn't a fan of revs. I'm thinking beams 3s, but that's long term.

Really? Bummer!
My '85 with the 22RE/AT would just go like apeshit to over a hundy EASY, and for a 4-banger was actually a pretty fast car overall playing around in traffic. LOVED that car, put over 350K on it myself with only a headgasket change at about 300K, thing went over 400K miles!

yeah a lot of people tell me how much they like the 22re. I've always had more high strung 4age's and honda motors so this one feels like it's slow even though it's probably not.

whats up with the yamaha badge on the engine?

Wow, a real beauty there Dino! That thing must sound SOOOOOOO nice with the ITB's, wish I'd have had a shot at those when I owned an '85 with the 22RE. I really thought that engine wasn't bad at all anyway, def torquey and would get to a pretty decent speed with no issues at all- one of my favorite "cheap Japanese cars" I've owned when a kid. Had an '83 Celica as well, the 22RE in that one was in incredible shape and the car was REALLY nice for a used car lot special.
Finally, I really agree with the plastic cover sentiment as my current daily G35 makes me wince every time I open the hood, as it looks SO crappy- can't imagine why they do it and dislike having to remove it to do anything other than change the air filter. Just fits the overall current Japanese scene though- UGLY as F cars with every bell and whistle crammed into it, and with hideous plastic covers and such everywhere. They've really lost their way and I don't see much sign they change much, if at all.

Good to hear from people that like this particular car. Must have been cool to drive around. As for modern cars and their engine bays, it will be far cheaper to hide away an ugly engine than to attempt to make it look pretty and engineer the position of ancillaries in a more feng shui sort of way haha

Probably true, good point. The auto manufacturers really are doing things more from a cost-conscious standpoint so they must figure why go to the trouble to make something look good when you can just cover it up. Too many products out there these days with this attitude, and not much quality.

YES!
These old RWD Celicas have to be some of the most under-appreciated cars out there. I wonder how many people don't even know they exist, or think it's just a slow Supra.

A great way to put it. I was expecting more people to chime in on this spotlight but alas we all have different tastes and this angular rarity from the eighties might not do it for all out there.

I think celicas have always lagged behind for whatever reason. The A20 celica's didn't catch ontill years after 510 and 240z prices took off. The A40's still haven't quite caught on yet.
It's good news for us guys that sold our ae86's years ago and regret it. At least there is still an affordable classic (perhaps neo) 4cyl rwd japanese coupe that attainable.

That true, I know some people think they're ugly.
Out of curiosity, were there any Mk2/A40 Celicas there?

Absolutely love it. The rear-end just screams 'angry/grumpy' with the downward angled rear lights. Can't beat the boxy lines of many 80's cars. 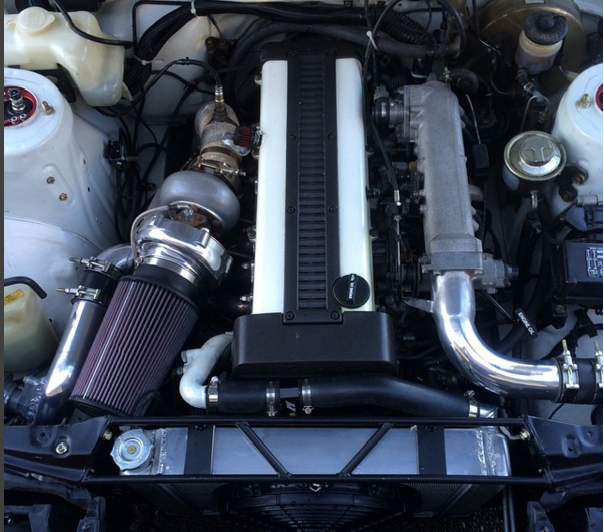 Well I'd go for your 1JZ in a heartbeat for sure, but your 22RE must have had some issues. Both of mine had quite a few vacuum issues especially the '83, and took a bit of my time to get them fixed correctly but when that occurred, both were very quick and the '85 especially really liked to go for triple digits, and really easily...sometimes too much so and I'd get over my head with a Beemer or something and have to back off. Not trying to say the 22RE so great, but I'd also never consider either of mine a "dog" by any stretch. Try a Saturn if you want a real dog.

I love these celica's!!! Why aren't they as popular as the hachi?

the nice bit though is that the A4 mk1 supra rear F live axle is a straight bolt in.