In my almost two and a half years with Speedhunters I’ve owned a few different cars and bikes. They’ve all been interesting enough to the enthusiast, but nothing really worthy of the official ‘Speedhunters Project Car’ title. Well, that’s about to change.

Since making the move to Japan 10 months ago, I’ve been plotting to acquire a vehicle to join me on the journey through this crazy car-loving country. The list of potential candidates was long and diverse: Japanese and European, turbocharged and naturally aspirated, three pedalled and two. Comparison tables were drawn, endless websites were bookmarked, and weeks’ worth of sleep were lost to the frenetic analysis of every car enthusiast’s perpetual question: what car is next?

The list was whittled down over the last few months and in the end only one contender remained. With the help of a few friends, including Speedhunters’ own Ron Celestine and Kikuchi-san from Saitama-based shop Autoworks k2, the pipe dream has now became a reality.

So like any good Speedhunter, I’m inviting you along for the ride (it’s already had some ups and downs, and I’m yet to even collect the car!). Take a guess at what it might be in the comments below. Hint for our long-term readers: it’s a first for a Speedhunters project.

something with a Wankel

Is it a Rotary? definetely a Mazda. I think...

It looks like the trunk is opened on the picture... And it does indeed look like an FD trunk...

Someone else mentioned a trunk below... what are you guys talking about? Was a photo taken down before I got here? That's clearly a shot of the front fender/wheel. I can see the lower-front corner of the side window, the glass side of the wing mirror... that fender looks modern to me (late 90s or newer), and not like an FD's unless the it has already been modified.

I am not sure how you see all that lol. Well done Speedhunters! We are now all like school kids trying arguing about a picture and what's hidden in it haha

Mission success! All will be revealed soon.

Call me crazy, but I'm seeing a C6 Corvette. Hey, there are some rolling around Japan!

I see a good amount of Corvettes here - the good weather brings them out on a Sunday. Owners aren't afraid to modify, either!

Im going with a Hyundai Getz!

Too much power for me...

One problem with 'speedhunter worthy' is that it's probably been seen a million times. However, I love the garage perspective! Congrats?

It's a Supra MKIV

Where in this photo are you seeing that? The blurred out vehicle has a rear view mirror present, thus being the front 3/4.

Given that you are surrounded by them, I would say RX7

seeing that around the car are 2 FD's RX7 and a front bumper that appear to be from an RX7 to... I think it's an FD RX7 lol!

I'm hoping it's a rotary of some sort or a mr2

Itll be something that will have Volks put on it.... Because we never see volks on speedhunter cars

Seeing as actual facts aren't really 'cool' or convenient, and are so hard to find, I've provided the relevant reading below –

It was a troll comment. Basically predicting this project will run volks.

Totally got that. All the links above are SH projects not running Volks.

too bad there's no Civic/Golf in that mix.

YEAH what happened to that thing???? I was so thirsty for it, hopefully we'll see it again one day.

You know about Paddy's Golf, right?

With two FD3S's in the picture I would put my money on an RX-7.

Can I has a guess?

It's a RX7 because of the trunk and the yard is filled with them.

My guess is it's a front of green FD3S RX7

Nissan SE R ? LOL I know its not gonna be like my SE R b13 but hopefully you feature at least one b13 ^_^ prove the world we owners of SE R are not forgotten kingdom as some call us... LOL

I was going to say NA Miata.

a divco with a blown big block?

Sorry not fb I meant miata, fb was running through my mind as a possibility

They didn't hide/blur the reflection from the mirror of the forklift or whatever that big truck is in the foreground.
yet i still have no clue but it looks like an fc.

I'm guessing a 2011 Toyota Camry SE which will be supercharged, LB kitted and fitted with some Volk wheels and stretched tires.

a lada with a 2jz

a boat with a w16 quad turbo

Apparently this didn't post, my guess is miata or s2k based on the blinker/reflector 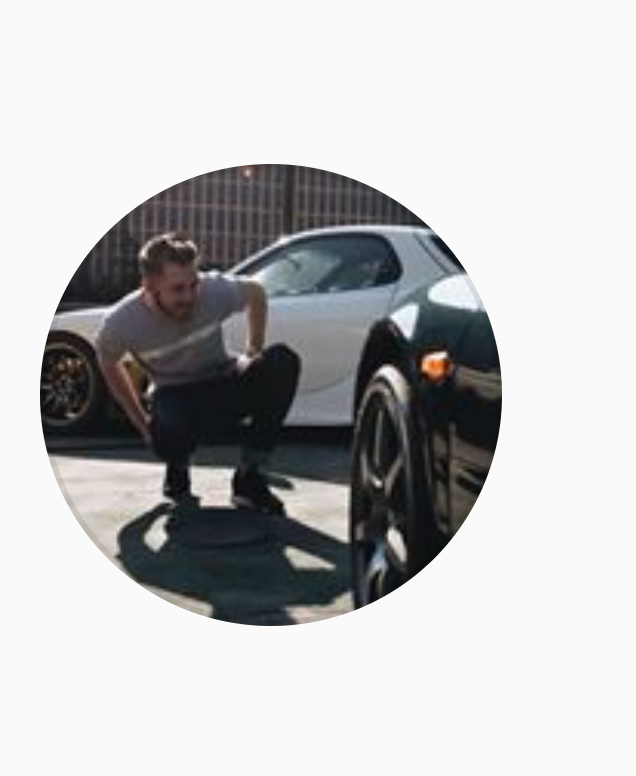 with a jet engine!

Hasn't Speedhunters got founded cuz some guy wanted to write story about his RX-7 and then all got rolling into this awesome car culture page?

Not in the slightest. It was started as a side project by EA Games/Need For Speed to tap into current car culture.

Doubt it there've been around for much longer... I think EA kind of owns the site or something like that, but that doesn't mean it didn't exist way before that.

This sit was created by Rod Chong, creative Director for EA Games at the time. I was here within the first few months, having heard of the site at the 2006 Long Beach Formula D round. They used this site to promote Shift, Shift 2, and at least 2 other Need For Speed games. EA/Need For Speed has been around since the early 90s, Speedhunters 2006. Plain truth guys.

Not this either, been going strong for over a decade. Waaaaay before EA had them in their sites.

Nope, this site was created as a marketing effort, plain and simple. It's since grown into it's own entity but still shills for NFS. Dino and Larry have been in a few. Remember the RTR-X? The RADBUL? Matt Powers? All Speedhunters cars featured in-game. And the next Need for Speed? You can bet it will be promoted here, while Project Cars 2 or Dirt 4 won't.

I really don't understand your aggression towards EA here. If it wasn't for EA, Speedhunters wouldn't exist. We've never hidden that we're part of EA, they're logo has always been at the bottom of every page on the site. We've run lots of behind the scenes stuff on the NFS games in the past and likely will do the same in the future because we have the access and insight that we otherwise wouldn't have.

Love EA for creating this site. Hate where they've taken their games since Shift 2. Speedhunters is the best thing they've done since NFSU2. I've played NFS games since the very first, and wish they still would make a game I can enjoy (fire Ghost!).

I remember when EA bought speedhunters. Way before Larry, way before RTR, way before Madbull. A marketing tool is what it has become. Been reading since like 2004? I think need for speed underground 2 was out and that's it.

Maybe Larry or Dino can clarify, as they are the only originals left?

Site was started in ~2008 by Rod & Antonio, it was backed by EA since the beginning and always has been since.

Haha this is awesome

It better not be.

Can it just be that white FD? I think it's the white FD.

That is a really round side mirror. Miata or a Mini Cooper.

Caterham with rotary inside? (O_O)!

A FD3S with carbon fenders.

I'm callin it. FD3S RX-7 with a Rocket Bunny Kit. Other points that support this theory is that there are other FDs in the picture.

Mazda AZ-1 is my guess. Rare as unicorn poop, and that tuner has been known to work with Kei cars...

I absolutely love the AZ-1, and was seriously considering one until I sat in it and realised it was basically undriveable at my height.

Like other people have said, that really looks like a FD trunk. The very top isn't blurred and it looks pretty simmalar to my FD's trunk when it's up.

I think it's a tractor

I think I see two fds already so an FD?

Of course it's an RX-7 FD. Look at the cars in the background. They're all RX-7s. Not to mention the color on the mystery car is a classic Mazda green.

What's with all the comments regarding the trunk? They do realize they're supposed to be guessing what the blurred out car is right? And if you think that's the rear of a vehicle there's something wrong, unless you have rear view mirrors on the rear quarter of your car.

I love how confident people are that they're right. XD

Based on the few visible pixels and the fact that Auto Works K2 is a rotary shop, my guess is an FD RX-7.

I hope it's an awful , shitty, terrible, horrible no good, easily-forgotten-about-in-shame RX-8 that certain Aussies on this site can't help but shit-on from their tower of ignorance.

Mazda Cosmo Eunos. Saw one in a lot in Saitama while I was in Japan for Drift Matsuri. Almost bought it right there.