I don’t know if anyone out there is like me, but every once in a while I get lost in deep thought. OK, quite often actually; in some ways it’s sort of like daydreaming, but not exactly. Most of the time it’s about cars, and it usually involves the most unrealistic ‘next purchase’ that one living in a city like Tokyo could ever think of. A ’70s American van or station wagon would be a superb way to take the family places, or maybe new double cab Ford Raptor so I can fit all the kids in the back. It makes perfect sense and would be well suited to Japan, right? With those thoughts quickly dismissed by a pinch of sanity, I end up thinking about other stuff, again car-related, but more about the next meet or the next few cars Im going to shoot. And then it hits me…

After so many years being part of the Speedhunters project, I still contemplate how cool it is that we are all able to do what we do. With the team spread around the world, a really diverse range of car culture is brought to the table every month. The wonders of the internet allows all of this; we may be separated by vast continents and oceans, but day in and day out we chat and plan our content together just like we are all sitting around the same table in an actual office. That said, we’re always looking for ways to improve and grow Speedhunters.

Last month, we said goodbye to Mike Garrett, one of the site’s founding contributors, who has moved on to new things, but also officially welcomed two new guys to the team. A little bit of an introduction is in order, starting off with Ron Celestine.

I first met into Ron a few years back at Fuji Speedway when he came up to me and asked how on earth I managed to get into a cornered-off area to take photos. At that time he was a fresh arrival, having moved to Japan from his native US to pursue his love of Japanese cars.

It was an epiphany of sorts that had brought him over, egging him to drop a career designing rockets – we kid you not – and follow his heart.

I remember being impressed by his level of enthusiasm, and thus he began contributing to Speedhunters last year on a casual basis.

Now, however, he’s officially on board, a Speedhunter on a quest to dive deep into Japanese car culture and uncover the latest and greatest from the Land of the Rising Sun alongside Blake and myself.

And then we have Justin Banner, a new stateside contributor based out of Southern California. Much like everyone on the team, Justin has been into cars his entire life; his father used to paint and develop liveries for race cars so his introduction into the world of speed started in a very hands-on sort of way.

Justin’s passion for everything and anything technical and mechanical is what he’ll be bringing to Speedhunters, working alongside Larry and Louis to report on the most interesting car culture in the US.

Both Ron and Justin bring a huge amount of passion with them, and I for one can’t wait to see the amazing stories it will all yield. In the next few day’s they’ll have a chance to introduce themselves properly, but until then I’ll end by saying…

Need anyone in Scotland?

What happened to Taryn and Petey? They were contributing regularly for some time but it's been quiet for awhile now.

They still both have admin accounts as I see them replying to comments sometimes, mostly author comments. But I think they have their own thing going these days, they are a couple from NZ (Petey being the ex editor of NZPC) and "recently" got married and moved to Japan. Not sure if their Japan Culture thing is their main bread earner, but Speedhunters definitely isn't. In short, they're still around, sort of, but seem pre occupied.

They left Speedhunters over a year ago now, and are now working at Blackbird Automotive in Hong Kong, while also running the site Japan Car Culture.

I was literally about to write the same thing.....even did a search to see if i could find anything....nope. Not on the contributors list anymore, only 2 drivers too........Quite changes going on..

Pedey & Taryn left over a year ago, but we all still have a lot of love for them. With the exception of Mike leaving this year, it's been all additions to the team with Jordan, Matthew, Ron & Justin all posting more regularly.

There's been a lot of great people over the years that have come and went: Sean Klingelhoefer, John Brooks, Jonathan Moore & Antonio Alvendia to name just a few. It's just the nature of the game.

Thanks for the interest, yep we're both still alive! We live in Hong Kong now, working for Blackbird Automotive, which we actually visited a couple of years ago in a Speedhunting capacity: http://www.speedhunters.com/2015/08/heaven-in-hong-kong-blackbird-automotive/, and Taryn has also been running JapanCarCulture.com after launching it over a year ago now. Great to see Speedhunters still going well and bringing on new talent!

damn, that honestly sucks that mike left. i really loved his sweet ass dodge, and the fact that he was in northern california so like if i wanted to i could meet him at some meet like wekfest san jose or blox evolution or something like that.

Chock it up to a long day but I found that reply amusing paddy.

Or, according to Paddy's critics, it's apossible...

He will probably still attend those events if you really want to meet him.

What is Mike doing now? We need a "what are they up to now" post.
Where's Rod's red race car? Will we ever have a poster of Yuta's S30?

I need some answers.

^ This! A few weeks ago Rod's 935 popped into my head and i did a search for it and found absolutely nothing. It looks like all the pics Larry took were deleted from the SH archives too wtf! The only pic i could find was a screen grab on some Hungarian blog.

This is news to me.

Sorry to be the bearer of bad news... That was a great set you shot too.

News to mee too

I bookmark individual shots and when I come back to them it 404s. Even a month back. Works just fine if I go to the article and reopen them there though.

A few old stories of mine have disappeared as well without my knowledge. We have had so many changes over the years that it seems things just get lost.

Wait what?! Mike is gone? why? how? where? Something sounds fishy, that came out of left field...

So can I take over in the Sf Bay Area? Just kidding......maybe

Somebody does need to go to Canepa once or twice a year though.

"japaniforniaThis is a big week for me and it could be a lot bigger one should my son decide to arrive on or around his due date (tomorrow). After nine years working for Speedhunters I am moving to a new position as Contributing Editor at @drivingline .

I've had some great times and made some great friends during my stint at SH and I'd just like to thank everyone I've worked with over the years and also everyone who has followed along from the Auto Otaku days right up until now. None of this would happened without like-minded guys and gals like you.

Anyway, we've got some very cool stuff planned and I can't wait to get things started. よろしく！"

Good luck in your new venture Mike! We will all miss you, and congrats on the baby!

There was nothing fishy. Mike decided he needed a change

Thanks for clearing that up, I was just joking tho, I guess I should know by now not to joke on the interwebs lol. BTW you could totally rock a Dajiban!

Anyone Norwegians going to step up? pls
oh well at least I found http://www.bilsport.se for amazing pix

Also, if SH is listening please check out http://www.build-threads.com that guy finds all the coolest shiz on the interwebs.

We spoke to him a few years ago about putting a favourite threads story together, but he runs it in his spare time (or did) and din't have time to contribute. Great site though!

We are always listening.

I would love to become photographer on speeedhunters one day :))

(there is a catch though, you need to be able to write too!)

That white R34 is incredible...was it featured on here and I missed it?

It would be nice to be one of the Speedhunters one day :)))) in the Philppines!

I will miss my favourite project Yankee

How about creating a Canadian Speedhunters division ? There's a lot of cool stuff going on in eastern Canada from april to october and in the west as well. If I would be a better photographer I would not mind giving it a shot but I'd love to write though, it would be more my cup of tea.

My previous comment got deleted? Nice! Anyone care to tell me why?

I can't see any previous comments from you in this thread, are you sure it posted?

Yes I did. It showed on screen.....then I left the site....and when I checked back....it was no longer there. I figured someone removed my comment. No big deal.

It definitely wasn't removed, I've double and treble checked. We only tend to remove posts that are obvious spam or hate speech, so I'm not sure where your comment went (as I'm guessing it didn't fall under either of those categories)

The comments system - while hugely improved over previous versions - is still prone to the odd hiccup. I'm hoping that's all it is. Still, apologies it went missing.

Thanks for double checking that. I noticed that when I post a comment a small yellow dot appears on the screen. if I click "submit" only once...nothing happens and nothing gets posted. I had to click "submit" three times before to see my comment.
Either way, it could be a glitch....no biggie really.

Congrats both on joining the team. It's a shame you guys didn't have anyone covering Japfest at Silverstone this year. One day I hope to get an article on Speedhunters - what's the correct process of applying to contribute guys? 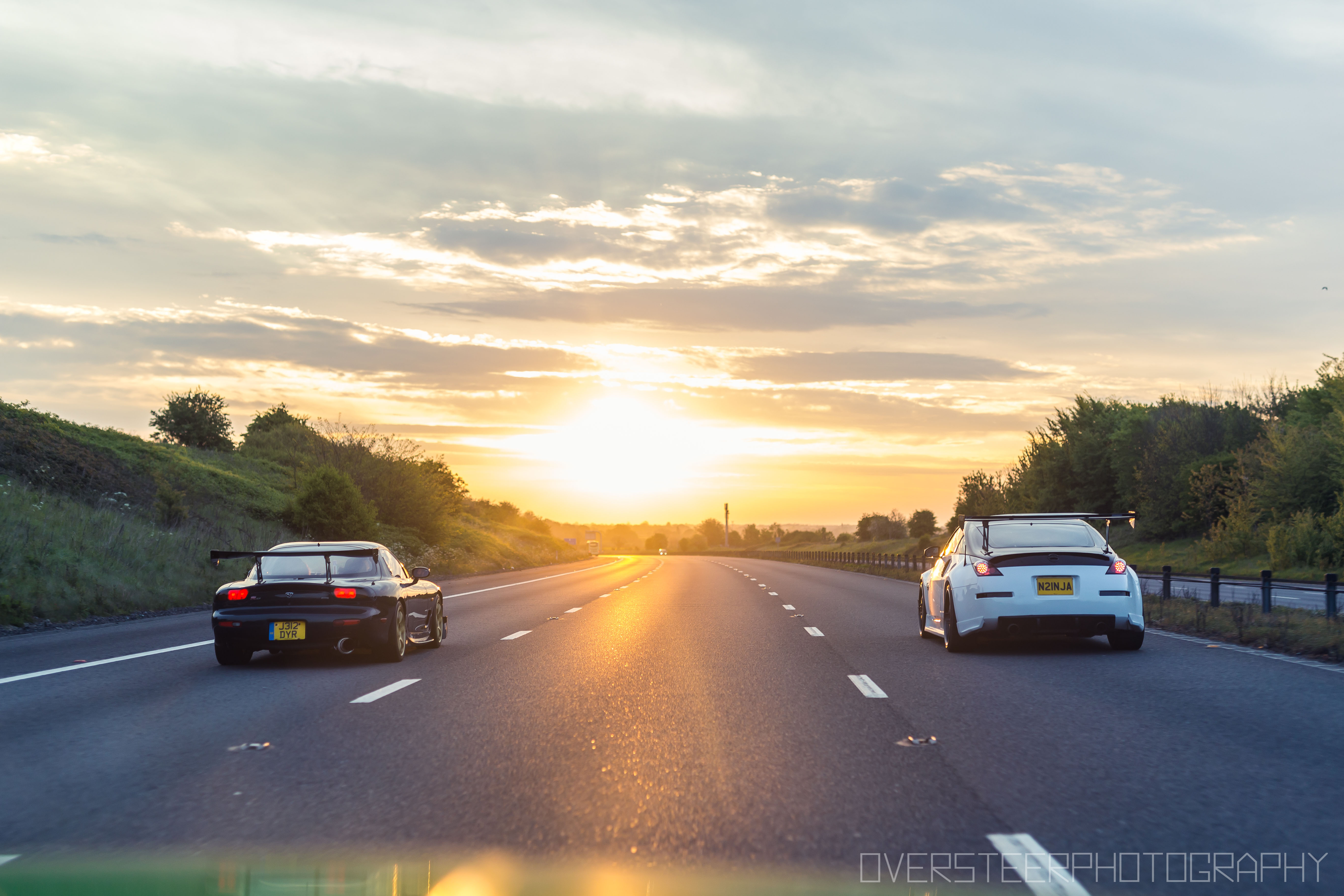 No nore duster? I lost interest in muscle cars in the early 2000's...that car had me compelled to start building one(with over fenders and. Fender mirrors...) il will miss your non-biased anything goes articles, mike! 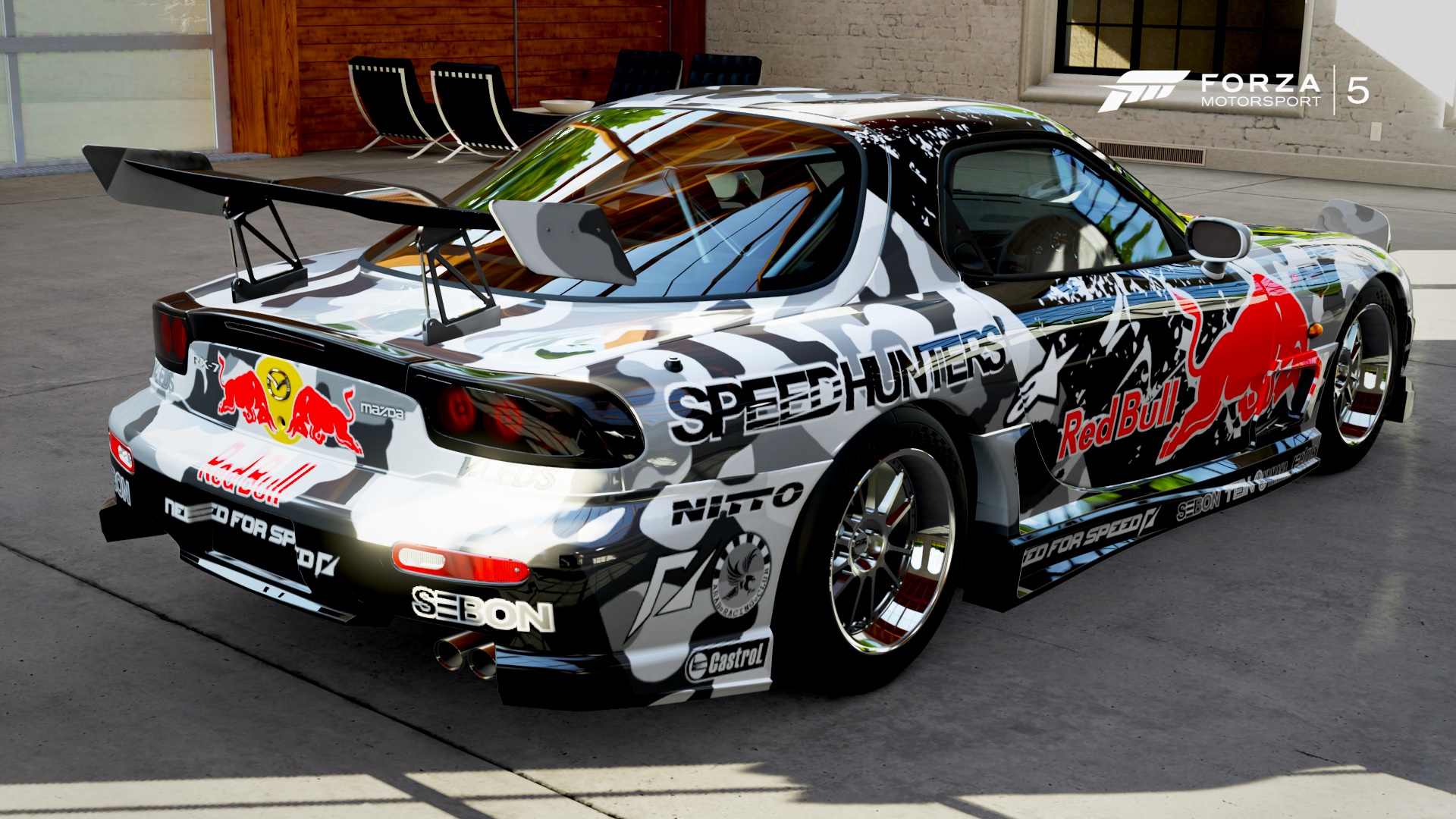