I’m not referring to the shop visit that I bought you last week either. Cast your mind back to 2013 and you may recall that Mr. Musselwhite did a stellar job of featuring the build when it was first completed.

Go back even further and you may even recall that we ran a spotlight on the original GC8 Gobstopper in 2009.

The very fact that the Gobstoppers were so named in response to ‘stopping all the talking’ makes me smile, because they did exactly that. But I digress.

Back when Bryn first featured Gobstopper II we already had some inclination that RCM had built something special. What we didn’t realise at the time was that they’d created a monster.

A world-beater, if you will.

Everyone knows that real project cars are never truly finished, and Gobstopper II  was no different. Since 2013, the Roger Clark team have continued to build and develop the car, scooping up all manner of titles, awards and accolades along the way.

In its debut season, the car took home the 2014 Time Attack Pro Extreme title. Matt and Olly Clark were then invited to bring Gobstopper II to the prestigious 2015 Goodwood Festival of Speed.

Olly did more than oblige, he piloted the Impreza up Lord March’s driveway in the fastest time during the festival, thrusting the car, and RCM, into the limelight. How had this 2.0-litre, four-cylinder Subaru beaten the fastest cars in the world to the top?

Come 2016’s Festival Of Speed the team returned to Chichester and put on a repeat performance. Check out the videos above to see Olly’s class-winning runs.

Since Bryn’s initial feature, the Gobstopper II has undergone some pretty important development and changes. On a build of this scale the adjustments may not sound like much, but when you’re dealing with every hundredth of a second being vital, they all add up.

Firstly, Matt found a way to eke even more power from the EJ20 motor, taking it from a more-than-modest 780bhp, right up to the 910+bhp that it boasts today.

As well as add a larger Precision Turbo 6466 unit, RCM also developed a twin timing belt conversion for the EJ20, which greatly reduced the problem of the longer, single timing belt bouncing at high RPMs.

With greater power comes greater speed and the need for increased roadholding. In the quest search for optimal handling, the car was treated to a wider track thanks to 18×11-inch Team Dynamics wheels all around and a full set of wide carbon front and rear fenders, designed in-house by RCM and produced by KS Composites.

The front aerodynamics were completely redesigned too, and the large, square full-width front wing that originally graced the car was replaced with a far more subtle and rounded carbon fibre lip and canards setup.

This isn’t all guesswork either; the car was fully scanned and tested not only in software, but also in the wind tunnel. RCM aren’t messing around.

Usually these changes wouldn’t be sufficient to make us showcase a car for the second time, but not only is it justified here because Gobstopper II is something truly special, but because Matt, Olly and the RCM team have a little something new up their sleeve.

You may have noticed the scribbles on a whiteboard during my shop visit alluding to a third instalment in the Gobstopper story. I only had to ask the question and Matt excitedly grabbed his laptop and loaded up what he had to show me.

I’m right to be excited, because just as Gobstopper II was an extreme evolution of the original, RCM are looking to push the boundaries even further with Gobstopper III.

How does a full tubular space-frame chassis, custom in-board suspension and 50:50 weight distribution grab you? Matt’s initial 3D renderings show that the car is being designed completely around the driver, with the engine pushed right back through the position of the original bulkhead.

It’s hard to imagine anything challenging the pace of Gobstopper II but I have a funny feeling I won’t be saying that once the third instalment is fully in development.

That’s about all we can tell you for now, except that it’ll be four-wheel drive, powered by a Subaru engine, naturally, and be ridiculously fast.

Of course, any other deductions that you might make are entirely up to your own interpretation… 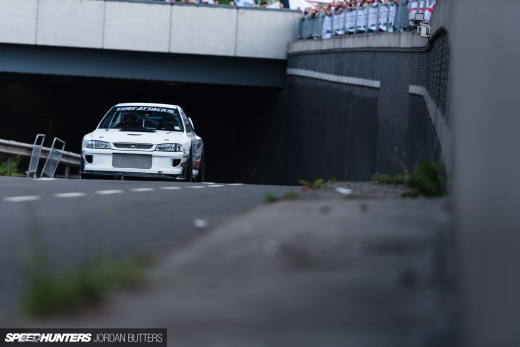 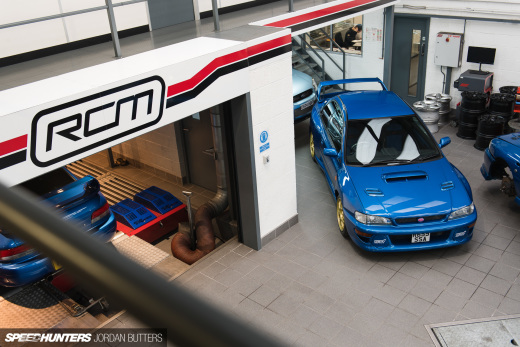 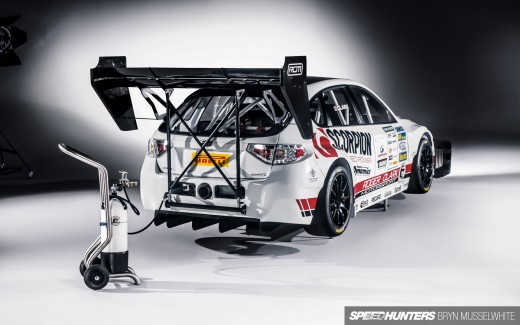 Ha! Well played Jordan, I saw the BRZ in your original post and wondered if it might be connected. Can't wait to see GSIII get unveiled!

Love the article too BTW

As a fellow time attack driver, i know that aero is constantly evolving. But i can't help but like GS2 better with the massive front wing.

It looked way more aggressive before, but this new setup was more effective in practice.

Does anyone know the brand of the silicone "S" hose on the turbo inlet? I need a 3" and cant find one anywhere.

Talk about a teaser

I'd love to see what each of the GB's would run at Tsukuba. Kinda weird they haven't already.

I'd love to see GSII do Tsukuba and WTAC. There's obviously a fair amount of geography between the car and those events at present though.

"A world-beater, if you will"

As well developed as it is I find it extremely hard to imagine it competing on the same level as Japanese and Australian time attack cars.

Why do you not find it comparable? To give you a benchmark for speed, Sébastien Loeb in the Peugeot 208 T16 Pikes Peak was only 0.30 quicker up the hill than Olly in GSII. And that was when it 'only' had 780bhp.

Because the top WTAC cars have about double the downforce of the Peugeot and a couple hundred more horsepower. PS, Loeb's gearing meant he was riding the Rev limiter a bit on the flat out section

Much hype for Gobstopper III.

That's would actually be pretty amazing

Please no BRZ for GSIII. New gen STI shell only!!!!!

One thing I don't get about time attack cars and "aero packages".
Downforce really only makes a difference at speeds of over, say, 100kph. So your average speed THROUGH CORNERS needs to be over that for it to be worthwhile.
However the weight of these things holds you back all the time. So it seems like they are a burden for most circuits around the world.
Could someone please explain what I'm missing or don't understand?

Depends on how you design the aero package. You can make downforce at very low speeds as well, its just the design technique is different. As the other posters have mentioned, the cornering speeds become much higher with the addition of the aero bits, and significantly outweigh the negative impacts they cause (well... if designed well

You can design aero to work at any speed. There are Formula Student cars with aero that works at 60 km/h or below.

The average corner speed of these cars is over 100 kph. Fast corners are taken at well over 160 kph. Besides, when you're at this level of aero, you are generating significant downforce at even lower speeds.

You might be overthinking this somewhat. First, most of the time attack events that I've witnessed are held on road courses and tracks that have significant straights. Second, the Gobstopper 2 has over 910bhp, 780bhp in the previous iteration, which is more than enough to achieve adequate speed in the straights and fast corners to overcome it's weight and drag from the aero.

Maybe you're right. I really haven't driven anything with near that much power so can only guess. They clearly do their homework but it is still hard to comprehend.

It's not hard to comprehend. Time attack isn't new. The fastest Japanese TA cars used to make 6/700hp. People had cars with more power but they weren't generally faster. Then aero happened, then people tuned their engine for more power. Now TA cars are 5 seconds a lap quicker at Tsukuba.

Whoever supplies the hay bales for Goodwood must make a killing

They sometimes get set alight when hot exhausts pass a bit too close too! Listen closely in the internal video and you'll hear the GSII skim one of the bales.

Would love to see how GSII would compare with the competition at world time attack challenge in Sydney Australia.

They would get annihilated

Once you get to tube-frame and positioning engines, it gets away from Time Attack and towards sports-sedan/hillclimb-open-wheelers territory.

The UK Time Attack regulations are pretty open in the Extreme class, so we get to enjoy bonkers stuff like this

Whoa what software/program/application is he using for the car’s 3D rendering, if i may ask?

I beg you pardon if i may have missed the answer in the article - just if.