Out of the 74 entrants at the recent Attack event in Tsukuba, no less than 16 of them were FD3S Mazda RX-7s.

There’s no hiding the fact that the FD is one of the most natural track cars to ever come out of Japan; it’s light, nimble and has an engine which just loves to rev, thus is a perfect rear-wheel drive platform to build something special upon.

But while every other FD in the Tsukuba paddock was was running a turbo 13B (well, not counting the 2JZ-powered one!) this car from Tuning Garage Full Stage has naturally aspirated 20B power under the hood. Instant spotlight material to say the least.

The car was originally built by RE Amemiya as a 20B-powered track car way back when, but it’s now started a whole new chapter in its life with a fresh look and a hefty dose of aero.

The three-rotor engine has been refined from its early days too, now running MoTeC management and producing just shy of 400hp.

You have to love the center-exit exhaust!

The extractor and wing combo at the rear looks pretty legit, but for some reason the Mazda didn’t record any times during the day. In fact, now that I think about it, I never even saw it on track throughout the day…

That aside, this will definitely be one to watch the next time Attack hits Tsukuba.

Can't wait to see more updates on this FD!

speaking of re amemiya (perhaps i am missing something or i am ignorant),
but any1 know where they have been... seldom see them these days (not even in videos like hot version...)

They are still very much around. Sort of concentrating on D1 really, not into time attack much any more and still building cool cars. Didn't you see our 2017 TAS report where we showed their show cars?

It's one of my favourite FC's. Gives off proper 90s Wangan vibes 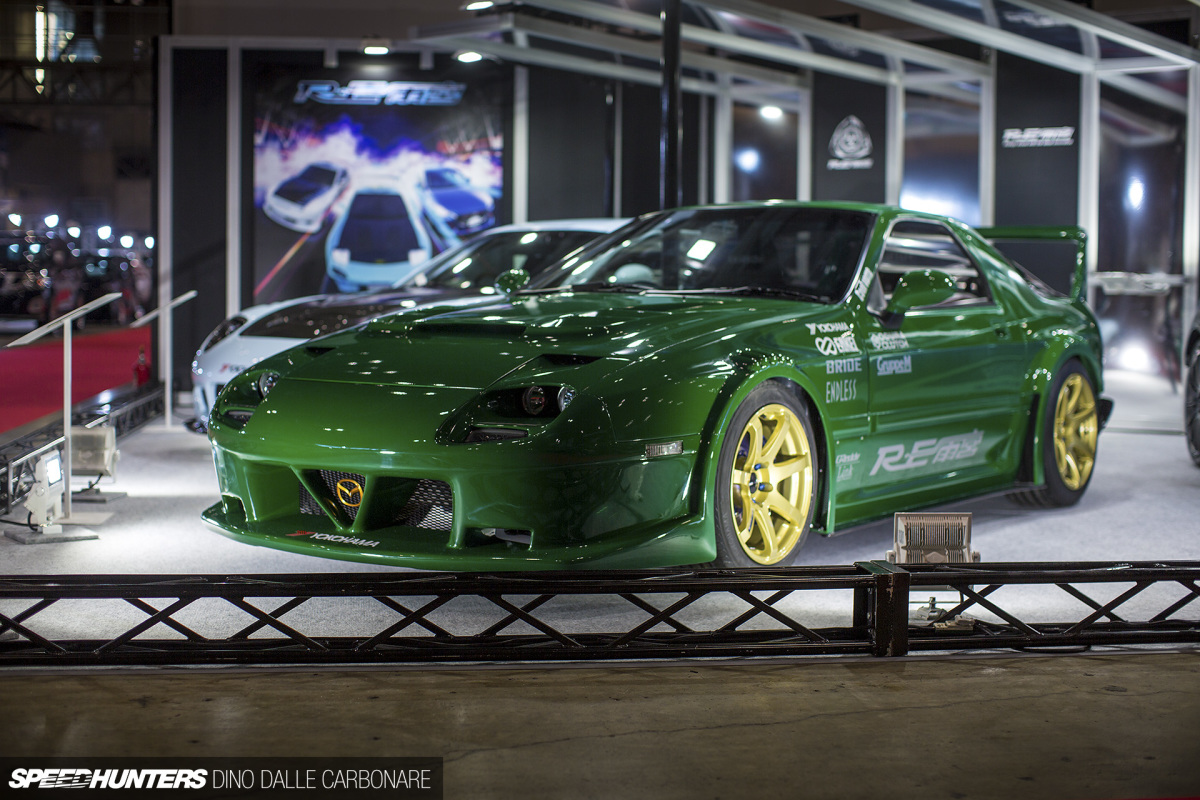 Yep I loved how well it came out

thanks dino and jack

More pictiurs of the pipework, please. I like to look at other people's welding.

That made me laugh. But I get you, I look at similar stuff

Why the plastic wrap on the tyres? Too much trouble cleaning and painting those babies? =P

I wonder if it's the old RE car that was in Hot Version?!?! One of my favorite battles...

Bruce Wayne called and wants his Batmobile back...

Looks pretty mean, were there any RX8s running? There should be at least 1 rotary post a week rule!

Always wonderful to see Mazda rotaries, in any shape or form, any year. I say this as a dyed-in-the-wool Rotarian. The year I bought a brand new FC, 1986, the common phrase for the FC was "Poorsche." A poor man's sports car to rival the more expensive ones. The FD exemplifies this. A car of world class status, handling bested by only a few and not one of the unobtainables. A 25 year old design that has proven to be timeless and classic in a shape all other manufacturers rarely achieve. I think the only design better the FD is the Mazda concept RX Vision.
They say no more new rotaries from Mazda. That would be sad, so does that mean the ones left are future classics? Hang on to the ones you got!

I'd say so. It's just too hard to make the Wankel emission friendly. And that's what is killing it. As for the design, the FD is an unbelievable car, it just doesn't age! Get them while you can still find them at decent money and keep the rotary dream alive

Where every car has Super Pursuit Mode! 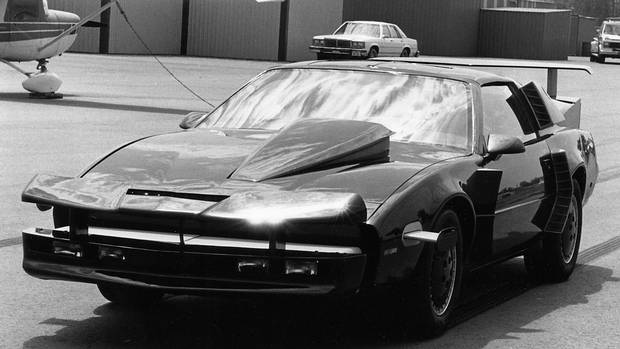 That diffuser is off senter.

[[[ My aunt got a 2018 sports yacht and a diamond-encrusted Lamborghini from this one trick of doing a work at home for 2 days a week! learn more at http://www.fartsforsale.biz ]]]

It begins all over again.