What happened in the final moments of the 2016 Yokohama World Time Attack Challenge’s first day is the very essence of this motorsport.

Like all forms of racing, having a car that’s up to task and working as it should is only one part of the equation. Time attack throws up many challenges for drivers and teams seeking the perfect lap, and when you’re talking about a fine October’s day at Sydney Motorsport Park in Australia, heat is one of them. History has shown that the fastest lap times are often set in the final sessions of the day when the ambient air temp has dropped but the track surface still retains some heat. Today was no different.

Tim Slade, driver of MCA Suspension’s ‘Hammerhead’ Nissan Silvia S13, knew what he had to do when he hit the track for the last time today, and he totally delivered. His time – a 1:23.76 – eclipsed the overall WTAC record time set by Garth Walden in the Tilton Interiors Mitsubishi Lancer Evolution IX last year, by just one one hundredth of a second.

But that’s all it takes to set a time attack record, stringing a series of corners just right, nailing the braking points and maximizing the car’s speed through the faster sections.

Tim was ecstatic at the result, as were the MCA crew members who were all jumping for joy when he pulled the car into the pits. He’s also quite confident that the car has more to give, so we could well be in for even more surprises on the second and final day of the event.

Taking provisional second is Barton Mawer in the PR Tech Racing Porsche 968, and he too knows there’s more in the car that delivered a 1:24.03 today. How much more is anyone’s guess at this point.

Like with every perfect lap, it’s just a question of having it all come together – the car, the conditions, the driver.

The PR Tech Racing guys struggled all night fixing the lightweight hood which unexpectedly flew off the car at speed and was cracked during Thursday testing, so you can bet they’ll be bringing their A-game for day two.

And then of course there’s Under Suzuki, a guy that has been pushing to grab the WTAC title for so many years that you just can’t help but root for him. He set a new PB record of 1:24.24.

Despite some small issues, his Nissan Silvia S15 is performing very well; it’s added 10km/h to its front straight top speed since last year, and that’s with a revised and more aggressive aero package.

Given that the engine’s new billet block can handle a lot more stress than the stock SR20 blocks that Suzuki-san has become rather proficient in annihilating over the years, he’s been slowly winding up the boost.

Things were looking good for Under during the final outing today, but he ended up holding onto the gear lever by mistake while going around a corner and the automatic ignition cut that’s implemented during shifts lost him some time. You can bet he’ll be pushing even harder on the final day.

Ultimately, Saturday will reveal all. Less than half a second separates the three fastest cars, so it’s way too close to call right now.

We also do have to wonder if the Tilton Interiors Evo, which is on display at the track, might be brought out of retirement to claim back the record it set last year. It didn’t run during Friday’s competition, but it did make some laps of Sydney Motorsport Park on the test day, so we know it’s in running condition…

Needless to say, we’re in for one of the most interesting final days the Yokohama World Time Attack Challenge has ever seen. Stay tuned for more from Australia! 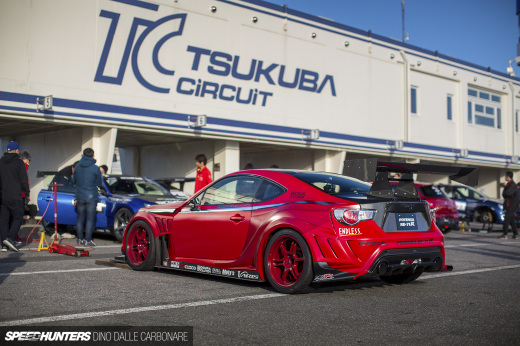 Time Attacked: Is It All Over? 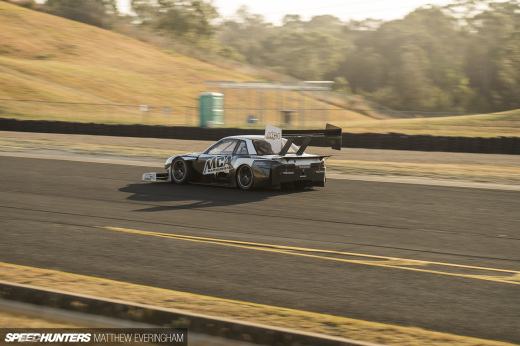 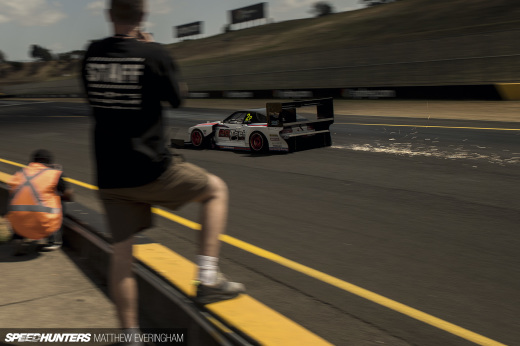 Sparks Fly On Day 1 Of WTAC

LukeEVOVIII The team wanted to build something new. They didn't want to rebuild the Evo. I think. Feel free to correct me!

amazing selection of cars! The aero bits looks so cool especially on the Silvia S15!

I love the insane aero in time attack

Good shots Dino
These ride = villanous
praise be all up on, everyone

Does SH sponsor WTAC?
Why does this get more articles for a single event than F1, Le Mans, NASCAR, DTM etc get in a whole year?
I am interested in hot laps but also interested in these other motorsport events.

rook56 It comes down to the fact that you are one of the very few who care about those types of events. Trust me I love sports car and touring car racing, but the majority of our readers are more into cars and car culture that they can relate to. Besides, how many other outlets are covering WTAC?

Larry Chen
""It comes down to the fact that you are one of the very few who care about those types of events.""

my Aunty Hailey recently got a 2013 Mitsubishi Lancer only from parttime off a computer. ov

Larry Chen rook56 my Aunty Hailey recently got a 2013 Mitsubishi Lancer only from parttime off a computer. ov

My uncle Bobby recently got a 20 month stretch in The Moiunt for his part time computer "skills".
Cock.

Hey Dino, is it right for you to be covering this event? Aren't you professionally affiliated with Pagani in a marketing role? Why are you covering an event that Pagani is competing in as a journalist? Isn't there a conflict of interest?

Source: http://www.worldtimeattack.com/index.php/pagani-huayra-bc-at-wtac/
Excerpt from article: “The Huayra BC is much more than just a beautiful, expensive car,” said Pagani’s PR & Marketing Manager for Asia Pacific, Dino Dalle Carbonare, “It’s been designed with a race track in mind, and we want to showcase the car in it’s natural habitat – on a race track.”

somebodysb21 The Pagani didn't compete you gronk, Tsuchiya just did some hot laps around the track.


in a few weeks on the computer .

Chri5 Duncan Larry Chen It's really not and I think we've had this conversation before. I'd love to cover a season of F1 or WRC for Speedhunters, but the numbers on motorsport stories are so poor that it could never be justified.

I wouldn't rule out one-off event coverage of highlight events, but it's not our priority at the moment.

LukeEVOVIII Team Tilton are busy working on a new secret project. The Tilton Evo was slightly detuned and the owner ran some exhibition laps over the weekend though. It's still an amazing piece of engineering!

rook56 WTAC is so much more interesting than the other events you listed which is probably why..

These guys need to get over to Pikes Peak. These cars would be perfect there now that it's fully paved.

Ben L The fact that you are resorting to personal attacks only further validates my original comment.

somebodysb21 The fact that you are posting personal attacks based on incorrect information further validates that you're a moron.

somebodysb21 Ben L Mate, were you even at WTAC?
And even if Dino was turning this post into a Advertisement for Pagani I doubt any Speedhunters reader could afford the thing, so who gives a ffffffffffffffffffffffffffff

I cannot believe that you able to profit $9118

rook56 I think I speak for most of guys here. F1,LeMans,JGT...we all love those,but this....this are cars that are built by smaller teams,with  much,much lower budget than f1 or wrc teams, and cars are built from street cars. Cars that most of us want,or have, and this is those cars,maxed out,what is what we dream to do from our cars.

WTAC = Build whatever you want and can afford... and drive it as fast as you can...safely.

WRC/F1/LeMans = Build whatever your current Sponsor wants to provide you, to the exact guidelines and specifications outlined in this rulebook... and drive it as fast as you can... safely.

Also, LARGE Corporation team sponsorship intervention waters the entire F1/WRC thing down so much that the small bursts of raw excitement are diluted by commercials and corporate jockeying.

my aunt got a nine month old Infiniti QX70 SUV just by some part time working online with a..

my Aunty Audrey got Honda CR-V SUV from only workin part time online.

RJC786 as a third party I disagree with your counter accusation. somebodysb21  was not making a personal attack by pointing out a possible professional conflict of interest.

rook56 My response would be that there are plenty of websites dedicated to that sort of thing. WTAC definitely hews much closer to the core of whatever that ineffable thing is that ties Gatebil and Bosozoku and protouring together. Perhaps, in the parlance "Joy of Machine?"

My Uncle Hayden just got a nearly new green Mercedes-Benz GL-Class GL63 AMG by working parttime off of a pc.
http://tinyurl.com/hxrnoo8