When we head out to an event like the Japanese Classic Car Show in Long Beach, we typically have our eyes open for cars that have been modified by their owners. The factory restorations are great to see, but for whatever reasons they often get overlooked in favor of the wilder stuff. This though, is a car I’ll make an exception for.

‘What the hell is that?’ you might be asking. Well, it’s a Subaru – a 1973 Subaru GL to be exact. Aside from the occasional 360 microcar, Subarus are almost non-existent at JCCS or in the classic Japanese car scene in general. That’s why it was so cool to see Mark Nakashima’s bright green GL at the show.

And not only is Mark’s Subaru rare, he just completed a full rotisserie restoration on the little GL – something that took him six years to complete.

While some might question why anyone would put that much time and effort into an obscure Subaru from the early 1970s, the results speak for themselves. The car was getting a lot of attention at the show.

Despite its somewhat odd styling, the GL actually looks pretty cool; a long hood and short deck giving the two-door a sporty profile. The shape is reminiscent of other Japanese coupés of the era, but the Subaru stands out with its own distinct silhouette.

Powering Mark’s car is 1,400cc EA63 flat-four which sits well forward in the engine bay. Later variants of the GL would eventually be offered with 4WD, but this one is front-wheel drive.

The boxer engine is mated to a 4-speed manual transmission, and the cockpit of the car looks exactly as it did in the showroom 42 years ago.

Of course, the entire car has been rebuilt to factory specs, right down to the original 13-inch steel wheels which actually look cool in my opinion.

It might be a little unconventional, but without experimenting with cars like the GL it’s doubtful Subaru would have gone on to such success with the Legacy and Impreza in the decades that followed. Mark’s car is just another one of the great historical machines you’ll find at JCCS every year. 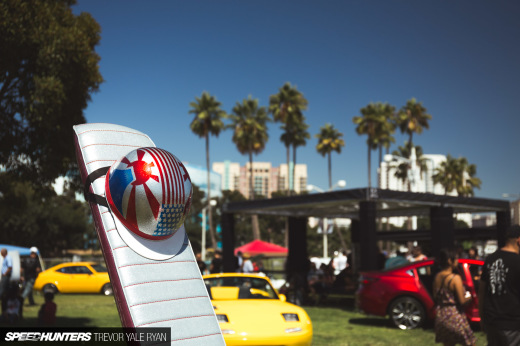 Half The Wheels, Twice The Style 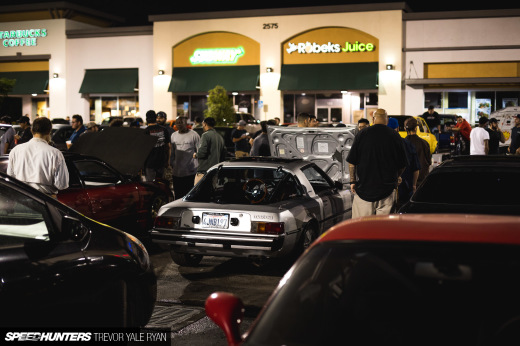 The Night Before JCCS

This got be most loudest colour i ever seen on car. and I love it.

Well I thought it was a Corona. That tachometer placement! Wow

The ones we had sold here had a wee script badge proudly stating "FRONT WHEEL DRIVE" on the front and rear guards. What a quirky thing.

SnoozinRichy I'm pretty sure one of my old high school friends had a red one of these! It was registered as a 'Subaru Subaru' and had a sweet leather interior and no seat belts in the back (which I thought was super cool when I was a dumb teenager haha)

Thought for a second it was a Datsun 120Y

Nice car, but looks like the engine mounted spare tire is gone
About a year ago my father's friend offered this car, but we didn't have enough money to afford and restore it.

HunterHunted super jesus maybe hes on a carbs only diet

Not enough old Subarus circulating in my books. Thing is beautiful.

I think this model was Subaru's first to enter rallying, or was it a later model?
Anyway I think they were rare because Subaru weren't as established as Toyota or Nissan/Datsun back then.

Taryn Croucher SnoozinRichy It still is super cool to find a vintage car with no seatbelt on the back; let's not get too diplomatic here.

Thanks for the kind words Mike. I am well aware it's not the best looking car out there, but is the best looking of the early Subaru's, IMO of course. That and I kinda like the less mainstream japanese models. You remember my TE28 with the 6G72 from bayline? LOL. the build thread is here  http://www.ultimatesubaru.org/forum/topic/97207-my-73-coupe-restoration/ and you will see why the spare tire is no longer there!

Schwaglet HunterHunted super jesus if only i could afford it.... but i'm sticking to the engine it has. my goal is to get a 120-140hp out of it