The 2015 running of the Yokohama World Time Attack Challenge not only set an all-new standard in lap performance at Sydney Motorsport Park, but the team that stood on the top step of the Pro class podium did so for the third year running.

Suffice to say, Kosta Pohorukov’s Tilton Interiors Mitsubishi Lancer Evolution IX, as driven by Garth Walden, has well and truly earned its place in time attack’s history books alongside the greats from years past – the HKS TRB-02/CT230R and Cyber Evo included.

This new short film from the guys at Motive DVD takes a closer look at Tilton’s challenge for the 2015 WTAC title, and how the third back-to-back win came about in one perfect lap. Press play above to check it out. 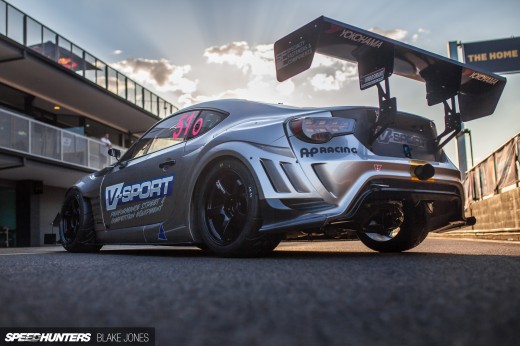 Is This The Fastest 86 In The World?

Hey guys you said open class but it's pro class he one three in a row..

Gary89 You're right, good spot - thanks for that!

Awesome video! Good to see a behind the scenes for time attack. Makes you appreciate it a lot more.

I wish they would throw a maximum width limit at this event; the engineering is great, there are loads of very good drivers... but I can't love it whilst the cars look so terrible!