With the Northern Hemisphere summer just weeks away now, some of the biggest months on the Speedhunting calendar are just around the corner. As always, we’re looking forward to bringing you the freshest modified and custom cars on the planet as their winter wraps come off, and if our upcoming selections are as diverse as those that made the April feature car cut, there’s going to be plenty to look forward to.

Before we get into May though, it’s time to take a quick look back at the last four and a half weeks and for you to choose your favorite April feature car/s. To revisit the stories simply click on the links beneath each image – then let us know your pick/s in the comments section at the bottom of the page.

In the order they appeared on the site…

It’s The Little Things: A Deuce In Japan

From Daily Beater To VTEC Glory: An AE86 Story

Welcome Back Tanner: How To Make A VW Passat Drift

A Ford Built To Divide & Conquer

An Escort Cosworth With A Story

So what was your favorite? 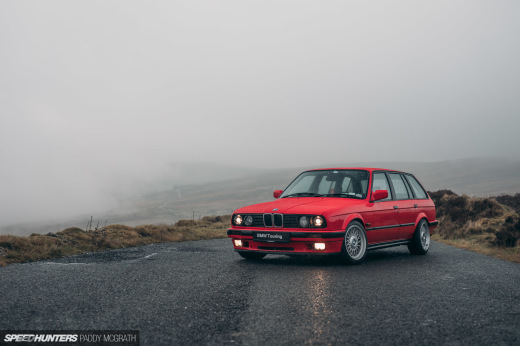 Three escorts in one month, awesome.

RADBUL takes the cake for me. But that Vauxhall-powered Mk1 Escort will always have a place in my heart...

The Trans-am is the one that i'd drive everywhere everyday... Mmmmm

Trans-am takes it this month!

I'm a sucker for the Aussie coupes.

Foust's passat take's the win. I love Ae86 but that vtec ruins it

I love that old Willys.

I'm voting for the Cossie, purely on the story of one man who would not give up on his passion even when he could only drive cars with 2 pedals after an accident. His background and perseverance is an inspiring story to many in the automotive world.

I say the Ford. Due to its extremely raw build and the fact that it has been stripped to nothing and built from the ground up. A fantastic build and I would kill to just see it much less get to ride in

so ford takes it this month.

The deuce in Japan as someone who lives in and loves the motor city as well as Japan car culture this is right up my alley.

The Trans Am or the VTEC 86 because those are the ones I read multiple times.

I liked that drift s15. Idk, it just reminded me of what used to pull me into speedhunters.com

close 2nd goes to the Falcon

All of the Escorts!

dovvv The polls haven't worked in over a year!

I'll throw in my hat for the boosted golden chicken

Love Magnus's work, but Boosted Bandit gets my vote!

For me its either the Escort or RADBULL.

Really want to love the bandit but the wheels really dont suit the car.

The Sharkwerks x Magnus Walker 911 GT2. Nothing else.

From Daily Beater To VTEC Glory: An AE86 Story