‘Motorbike’ isn’t a word you tend to find too commonly peppered through the many year’s worth of content here at Speedhunters, but for the next couple of days, that’s going to change.

No, we’re not diversifying into the world of ‘crotch rockets’, and ‘donorcycles’ (I see you riders over there rolling your eyes right now at the use of those terms), but instead, we’re going to take a look at machines with four tyres and a steering wheel that just happen to be powered by screaming engines that were originally destined for a motorcycle.

At first glance, it doesn’t sound like that much of a great idea, does it? A motor that is designed to push a frame and a couple of wheels, now trying to haul something substantially bigger and heavier…

The thing is, modern high performance motorcycle engines are fairly amazing – absolutely deafening, high-revving works of art that somehow manage to cram a huge punch into a tiny, lightweight package. If the vehicle of choice is small, light and nimble enough, then there’s a good chance that a bike engine is going to transform it into an complete monster.

While some vehicles are purpose-made for a motorbike motivation, like this face-melting, tarmac specialist we found in Dubai…

Or its more versatile little brother from the same Spanish manufacturer, Silver Car, which we were lucky enough to get behind the wheel of for an absolutely ruckus 16,000rpm thrash out in the desert.

Others started life in a distinctly more humble manner. We can’t help but feel like ’80s-era Toyota never thought in a million years that someone would pull the beloved four cylinder 4K out of a KP61 Starlet and replace it with a motorbike engine… But things have come a long way.

If small, light and nimble is the order of the day, we can’t think of much better platform than the NA6 Mazda MX-5. We tag along as this owner gets stuck into converting a banged up old roadster from stock 1.6 wheezer to howling bike power.

A few weeks ago, we also put the call out looking for your bike-powered builds, and ever since our inbox has been filling up with some seriously wild machinery… If you’re looking for some inspiration, you’ll definitely want keep an eye out for this story when it drops!

So, for the next couple of days, sit back and take in all the majesty that has been kindly provided by motorcycle manufacturers worldwide – even if they’d probably be horrified to see what we’ve done with their beloved small-capacity screamers!

The Bike Powered Theme on Speedhunters 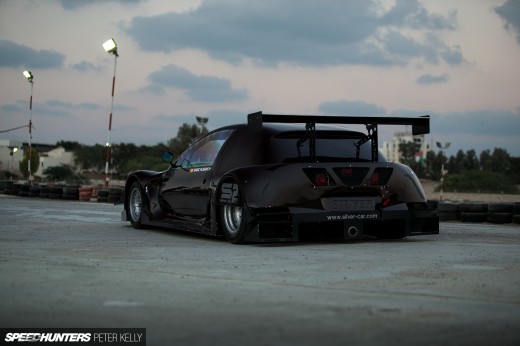 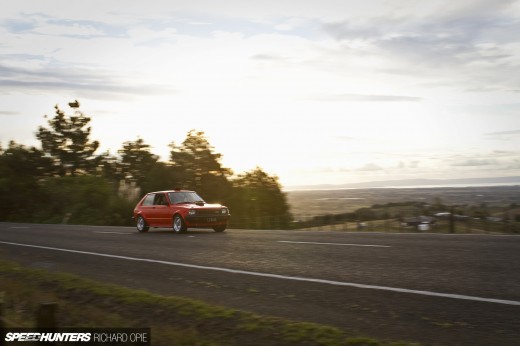 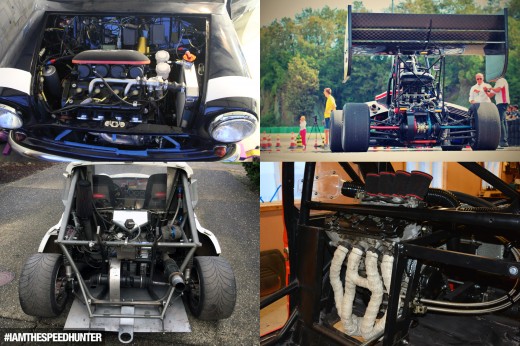 I have my fingers crossed for a post on the FSAE collegiate racing series.

This is gonna be insane! can't wait for the miata!!!

I remembered watching a video of a Suzuki Hayabusa powered Smart For Two. haha

Should start featuring bikes and not just the engines on here. I get it's a car website but when it's called speedhunters and superbikes have power to weight ratios of around 1100bhp per ton and can reach 200mph in just over half a mile of road the odd article wouldn't go amiss.

How about the Miata with the 800cc Polaris snowmobile engine? Not a motorcycle engine but still surprisingly quick and cheap

1100bhp per tonne including driver? I think the rider chucks that figure out a lot.

Gary89 Even with rider it's still over 1000bhp per ton

I'm expecting to see a lot of R1 and FireBlade powered cars!

You should try to hit up these guys from Poland:
https://www.youtube.com/watch?v=1Ztg-B6v6rQ

@Pushrod From the last pic looks like my team wasn't the only one who thought to send in a submission.

Well, I haven't submitted yet...but I should!  My Zx12R powered Pro Challenge Race Car.  It was dubbed the "El Camino" by my friend from Georgia.  And you thought I only played with air suspension....

Then let's consider that the Wikipedia page states that a power output of 170 bhp was calculated for the ZX-14R based on ETs (no idea from where though), and combine that with a more realistic weight for a rider and their gear (200 lbs, or about 91 kgs), and you end up with a power to weight ratio of about 490 bhp per metric ton. Not slow by any means, but a far cry from "Even with rider it's still over 1000bhp per ton".

dlaurence01 Gary89 Superbikes, not hyperbikes. WSB and BSB bikes weigh around 190 kg wet, plus around 75kg for an average rider in one piece leathers and push out around 230hp. That gives a power to weight ratio of around 865 bhp per ton. I admit the maths in the first post was a little off, but I used a calculator this time.

My point is that in terms of bang for pound you can't beat bikes. I have a stock bike that cost £1000 second hand and has the same sort of performance as a Porshe 911 GT2 RS 997, whilst being able to get about 45mpg. That's in a straight line of course, round a track bikes get boned by cars, but that's due to only having a contact patch the same size as a credit card on each tyre.

Here is the craziest 10 cars with bike engines https://www.youtube.com/watch?v=bhoRAwW6r2s