SHARE Carbon With A Side Order Of Carbon: The Glickenhaus SCG003

Walking round the massive, starry halls of Geneva, the names hanging from the roof are all the ones you’d expect. Multi-million pound corporates, the elites of the industry who have stands awash with slick suits and beaming, enhanced smiles. There are guerrillas in their midst, the low volume mavericks like Pagani and Koenigsegg who have steadily built up reputations over the last decade or so to now stand shoulder to shoulder, stand by stand with those power houses of the industry.

But now there’s a new player in town – someone who’s built his own bespoke carbon-monocoqued supercar and is planning on jump-starting straight into becoming a constructor, damn the status quo. Ambitious doesn’t begin to sum up Jim Glickenhaus.

Suspended from the ceiling among all those other names, the Scuderia Cameron Glickenhaus sign guides you to their stand in the middle of Hall 2. Italian coach-builders Touring and Giugiaro are nearby, and rightly so given Glickenhaus’ penchant for all things Latin; the inspirational Sbarro school’s latest creations are opposite. They’re all penned in by the football pitch-size displays of Subaru, Opel, VW and Skoda.

On the CGS stand, not one but two incredible pieces of stunning automotive carbon sculpture, road and race examples of the SCG003, Glickenhaus’ third and most determined project. It’s coming to kick the establishment in the backside.

Revealing the cars at Geneva was no accident – it was a pure statement of intent. At the same time as announcing the build programme, there’s also the announcement of the car’s first race in three weeks time at the VLN opener at the Nürburgring. Bang. No messing about, no secret testing, no coy leaked releases about how it might be faster than Car X or Y around the Nordschleife – straight into the crucible of competition. The message is: come join us – if you dare.

Jim Glickenhaus obviously relishes the situation, after all, he’s a bona fide car nut. He may have the money – that’s a given – but what he does with it is just inspiring. The SCG003 is about sharing the passion of racing, and why his previous racer, the P4/5 was such a fan favourite. Forget the multi-million pound cars the elite buy but then either never drive in anger or physically can’t without support – or even permission – from the factory.

The car uses specifications which mirror current LMP1 prototype regulations – you can see elements of that in the headlight clusters for instance – but with a design that looks back and forward. Ultra modern in aspect, it also harks back to the glory days of GT1 cars of the mid to late-’90s. Hyper-coupés, GTs on steroids rather than all-out prototypes that fall well outside what you might see on a road.

There are road and race car variants of the SCG003, Stradale and Competizione… No, scratch that, there’s a car which can be a road or race car. To prove that, at this year’s Nürburgring 24 Hours Jim is planning to get up on race morning, grab a coffee, head out to the car park and jump in his raw carbon SCG003S road car. He’ll drive to the Nürburgring on the regular public roads. They’ll then swap the street-spec wing for the big high-level race version, bolt on slicks and… go race. For 24 hours. Hotel, road, track. It’s what this car is all about.

Talking to Jim, you quickly get caught up in the excitement of the project – a dream for most made reality.

For the SCG003 he enlisted the help of Torino’s GranStudio design team, headed up by ex Pininfarina Design Director Lowie Vermeersch – Dino introduced the project to us last autumn, and he’ll be going into more detail on the car’s evolution and build in an article coming up in the near future. With a wry smile Jim admits that he could be seen to be stealing Pininfarina’s design team one member at a time…

Over its carbon chassis is wrapped a cloak of even more carbon. There’s beautiful detailing, and even little playful details like the illuminated gauges that are mounted on either side of the cockpit.

There are mirrors, emerging from the finned recesses of the front fenders – but even they’ve got a trick up their sleeves.

Either side of the wheel are small monitors displaying a video feed from cameras in those mirrors, giving a much more dynamic and spatially natural than the single central screens used on a number of other GT cars. It can be upgraded to use a similar radar system to highlight cars around you, as used on the Corvette GTs. There’s a whole lot more going on – but I’ll leave that to Dino to explain and give context to.

Power comes from a 3.5-litre, twin turbo V6 derived from a Honda Performance Development unit. The numbers aren’t blistering in context to something like, say, the Koenigsegg Regera, but this is a performance car built to run at race speeds – for 24 hours. Practical things like ease of repair and maintenance were higher on the list for the CGS003 series.

Jim’s already got a full race programme lined up, where fans will get to enjoy the car whilst they continue to develop it. There’s a wider goal though, another 24-hour race in France. The big one: Le Mans. If they build enough cars for homologation purposes there’s every chance he could get the green light for an international programme – and that will be something that will really get the fans in the tribunes cheering. I’d be one of them. 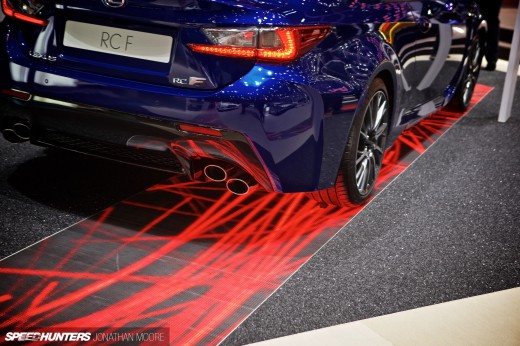 Blazing A Trail In Geneva 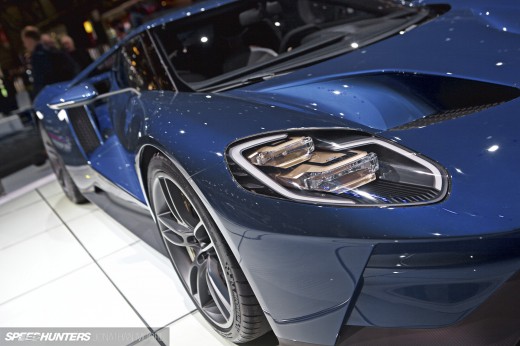 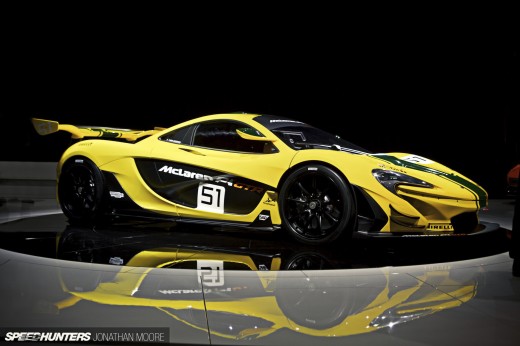 Hi-Tech supercar that somehow reminds me about Soldat Crinale from Ridge Racer series.

Damn I'm keen to see this on the track! Looks soooo good!

Likes this very much....

You say it was built with LMP1 specs in mind but what class is it going to race in?

Now THIS hypercar I can run with relative ease. I volunteer as driver at VLN N24. Suck it, single-lap record holders, for you'll never hold a candle to the ones that DO win in Green Hell after 24 hours. And this one, too.

960 Exactly! This is a like a wet dream for Crinale fans

If I ever get an exotic car, I'm buying a cheap piece of real estate outside Coeur d'Alene or Rapid City and registering the vehicle to that address, just to stick it to 'em on the taxes.

I'll keep my fleet of $500 project hoopties registered in the high-tax jurisdiction where I live.

From what I've heard, every Ferrari in Vegas wears a Montana plate for that reason, although my plan would be, frankly, an act of open tax defiance - and it's totally legal!

Great car, by the way.

I was sure it has a huge v8.. Nice surprise to have the turbo v6

"Hotel, road, track. It’s what this car is all about."


Remember, Porsche did that with Chris Harris (among others) at the wheel in a 911 GT3 RS

that thing looks like it would shatter if it touched a curb.. good luck driving that art piece from the museum in any large city's downtown, OR on the highway

BM0C This is the competition version of the SCG003, which is not intended to be street legal, or ever come near a hard curb in its lifetime. The road going Stradale version will presumably go a bit easier on the wafer thin carbon cannards and uncompromising ride height. IIRC it will run a different TT V6 than the Competizione as well.

Batman got a new ride!

Miketejero it's actually HR35TT which is based on J-series honda motors. From cars like Acura TL, RL. Honda Accord etc... stock to stock, it's lighter then NSX motor (C-series) by 100lbs.

Miketejero Also, CGS modified the engine so heavily that Honda gave them permission to put their own name on the engine. Suspect that it's now quite different from anything Honda has.

Cool ) Come with this Car to Nurburgring Nordschleife.
http://www.biggarage.de

Any more carbon and this thing would be coal.

looking forward to seeing this in the 24h of the green hell!

@Lebowski BM0C This is probably the Stradale. I believe the yellow car in the background of pictures 1 & 5 is the Competizione.

Good luck Mr.http://www.speedhunters.com/tag/james-glickenhaus/, I know that you can prove that innovation is not the strongest point of Audi or Ferrari.

YES! Fresh off the back of reading the P1-GTR article (and giving Mclaren a slating for not doing things properly) I click on this and my faith in the super-rich petrol head breed is restored. These cars, no matter how prohibitively expensive they become, are there to be raced and enjoyed not locked in a collection as an investment. Jim, you've got my support.

That's my cup of tea!

Thanks to you Speedhunters, the people at Scuderia Glickenhaus kindly offered me to get close with this beauty at the Geneva autoshow

I said I've seen the article on your website and that the car looked glorious, the chap said "would you like to see it from closer..." what a machine !

are those there 3 gauges common on all lmp cars?

" Hey I have an idea. Let me spend millions of dollars hiring ferrari to make a one off custom boutique car, but hey, how about we ask all the designers to take a day off. Ill do it myself because I prefer hideous monsters over monster works of art"  - james glickenhaus