I’ve always had a thing for fast wagons. To a much younger me, the idea of a quick estate seemed a little wrong, and dare I say, a little… backwards – but in the best way possible. It was no surprise then, that one of the first cars I modified heavily and raced was a wagon: a fairly obscure JDM-only Mitsubishi Libero GT. This was essentially a 4WD turbo Lancer GSR, the little brother of the first-gen Evolution I-III. Although that car was eventually stolen and kindly parked on top of a tree out in the hills around my home town, I never lost the love for the weird and wonderful world of rapid station wagons.

For those that know me, it will be no surprise then that I’ve been wanting to run a special ‘Wagon Week’ ever since becoming the editor here at Speedhunters. So, for the next few days, it’s all about the practicality, the convenience and the load-hauling abilities of the humble estate.

Well, that… and brutal amounts of speed, torque and power. Some of it will be coming from places you might expect, like when we borrowed the keys to the brutal HMS H63 RS700 and hammered it through some deserted back country roads in Germany.

Or took an in-depth look at this amazing Mitsubishi Evo IX wagon built specifically for attacking the Wangan Expressway in Tokyo.

While others will be a little more left of field, like this 1000hp-plus Opel Omega.

A few weeks ago, we also asked to see your wagons, and you’ve sent us some truly amazing builds, which we’ll be showcasing in the next couple of days.

These are just some of the stories we’re going to be dropping, so between now and the end of the week, get ready for an overload of wagon-centric goodness! 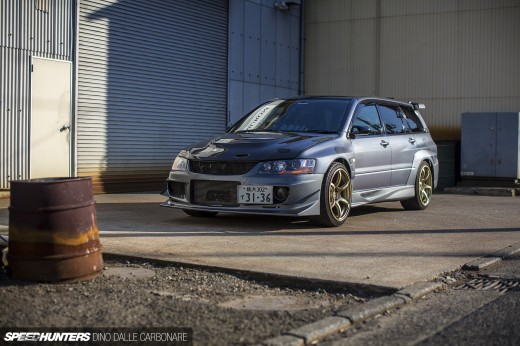 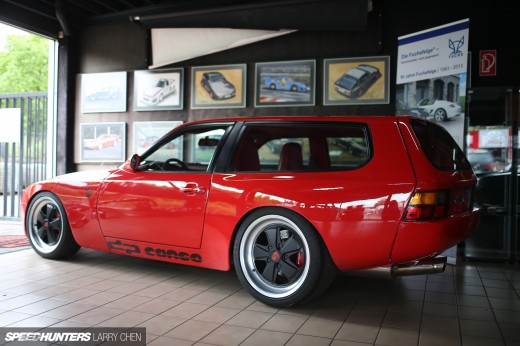 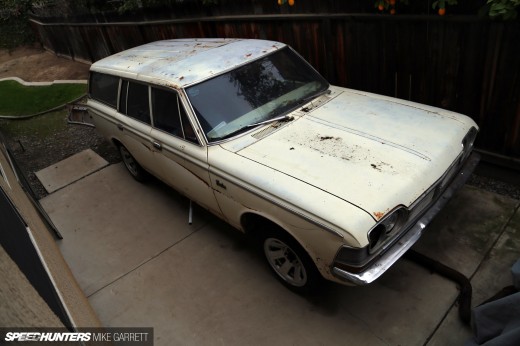 RDS How could you forget about the C63 AMG wagon? HOW?! No matter what we will see in the coming article, I doubt anything will be as sick as that C63. Simply because it was BORN sick. It was MEANT to be a sick SOB of a family car from the drawing board. Oh I can appreciate a great build. The work of a passionate individual. But it's hard to beat a bold move from a manufacturer.

RSAnthony
All I could remember was sedan & coupe form in C63 AMG , and the Black Series coupe with downforce parts ; the C63 is sick , but I'm still more looking forward to what I mention just now . XD

What if Subaru built a STi wagon? I'm driving that dream.

I'm gonna be sad if we don't see at least one CTS-V wagon, but still excited for all the wagon love

Seen do many teaser pics of the Wagon Evo on instagram and I cannot wait!

I love my 2003 BMW 540iT. 3" cat back exhaust, CAI, M60 Intake manifold, BC Racing Coil Overs, Duraflex Bushings, M5 rear sway bar, 19" staggered BBS LM clones with General GMax tires. Runs 13.8's, gets 27mpg on the highway and is the best fishing vehicle I have ever had!

Beauty and function come together in my 08 STi wagon. ProjectLeelu.

People say it is a hatchback but I still say it's a wagon!!!!

As a lifelong wagon deviant this is my contribution to wagon week, http://allroadfaq.com/main/index.php?option=com_content&view=article&id=87:02noroad-2002-build-up&catid=73:projects-mods&Itemid=72. I bought this car from a friend who did the build. Car is now in Oregon serving as my wife's kid hauler/grocery getter. 450+ HP. It is a frontline winter war club! Previous wagons include A4 2.8 5sp manual, 245T heavily tuned with the complete IPD catalog, a couple of big-block Country Squires & Grand Wagoneers (wood and all).

Yay ! Wagon Week ! That's my own, even though it will look a bit different this coming spring...

Here's my small tribute to the 200-series Volvo wagon.

Timeless design, fun to drive, and still one of the safest cars on the roads... after over two decades. Volvo got it right with this one.

Wagon Week! Missing my '99 IOS that was stolen 6 months ago. R.I.P. Thanks for all the adventures.

Wagon Week! Missing my '99 IOS that was stolen 6 months ago. R.I.P. Thanks for all the adventures.

@tswift93 They are quite the rattle boxes, but such natively good handling cars, they're great! Here is mine just a few days after I bought it:

johnny6 Please move this amusing and well place picture-comment to it's rightful place at Jalopnik.

Bone stock, but it's a wagon! I dearly wish they made a Mazdaspeed version.

my beast. Got her for $240 to drive around in while i rebuild my Evo. This thing is a beast offroad.

I've always had a thing for wagons...especially AWD wagons....with turbos

Never liked wagons that much - I always found that there was a better looking sedan right next to it in the model line-up but I guess there are practical reasons and it's always nice to be a bit different.

I missed out on submitting this.

RDS RSAnthony You'll love the RS700, it's a cocktail of AMG goodies

Boosted wagons are the best wagons.

Mercedes super turbo diesel wagons are great, you need to get one or two of those review'd

Had this little beauty for a few years.

Here's my wagon. This is the actual WRX wagon, not a hatch like some of the others here...

pretty sure gramps will fit..

silveradotx sorry about your wagon at least you still alive

these are branded cars in the world, it's really beautiful and chic.