Our year in the brand new Corvette C7.R started off with huge promise. Two of the biggest sports car races in the world were within our grasp – the 24 Hours of Daytona and Sebring 12 Hour – only to see us lose out in the final hour or two. We fell just a bit short but, as a team, Corvette Racing was looking very strong for 2014.

The first C7.R was built and had begun testing as we were finishing out the 2013 season. Initial reports from Oliver and Jan – who had done the first testing miles with the car – were really positive. The car was not only improved in areas where we seemed weak in comparison to the competition but much better overall than our 2013 Championship Winning Corvette C6.R!

After a strong start to 2014, we were confident we had a car we could take us to another Championship – qualifying sessions were super close and racing was a battle right down to the checkered flag. Every year the competition gets tougher and everyone refines every aspect of the race. It was looking to be another super competitive and close championship again in GTLM.

After two close endurance races at Daytona and Sebring we headed to Long Beach for our shortest race of the year – only two hours in the streets. The race was almost won at the start for our teammates who got the jump on a slower Prototype and built a big lead before the only round of pit stops. After a long and hard fight with the 2nd place BMW of my old teammate Dirk Mueller, we took 3rd. A great day for Corvette Racing – the first win for the new C7.R and both Corvettes on the podium to share in the success.

That was only the start for our teammates’ success. They convincingly grabbed wins at Laguna Seca, Mosport and the 6 Hours at the Glen.  We, however, struggled for speed at Laguna Seca and Mosport – something that would continue to be an issue as the year would go on. We were running strong at Watkins Glen in the 6 Hour until very slight contact with a slower class GTD car netted me a penalty – which was an incredibly harsh call considering I had basically passed the car.

After the Mosport race, the Tudor Series decided to impose ‘competitive balancing’ to our class by adding weight to the Corvettes and also give the competition the choice of running with either a bigger restrictor for more horsepower or taking weight off. Evidently, our teammates’ winning four races in a row in the Corvette was the wrong thing to do! Being a Corvette, we were also saddled with the ‘balance of performance’, or ‘adjustment of performance’ penalty despite not being the fastest car in three of the four races our teammates won.

After the changes, we were consistently the slowest car in our class and outside of the performance window our own series had dictated. Despite all of the negative effects the changes had on our team, we continued to push forward and do the best possible job we could under the circumstances.

Over the next few races, we watched the Manufacturer’s, Team, and Driver’s lead slowly wither away. Antonio and Jan maintained the lead in the Driver’s championship as long as they could despite fighting an obviously uncompetitive car. Then disaster struck for Jan when he had a huge crash in practice at VIR after hitting fluid dropped by another car.  He suffered a concussion, causing him to miss the race and split him from Antonio in the Driver’s championship. The VIR race was a low point as we watched as our competition breezed by us and build a solid finish over both Corvettes.

The series decided it was necessary to make one more performance adjustment as we entered the second to last round of the championship at Circuit of the America’s – an adjustment we hoped would get us back into the hunt. That wasn’t meant to be because, after all of the help our competitors we given earlier in the year, the Porsches and Vipers were just in a different category.

Despite all of the hardship we’d faced throughout the year, we continued to persevere and push as hard as we could to get as many points as possible at every round. We had hoped for a better opportunity at COTA to get back into the thick of the battle and scored the most points possible for the weekend.

Now the stage is set for our last race of the season: Petit Le Mans. A 10-hour blast for the chance to battle and steal the championship away from Porsche and Viper. 10 hours to show Corvette Racing never gives up and never goes down without a fight. 10 hours for us in the #4 C7.R to finish the season strong.

Amazingly, Oliver and I still have a chance to win the Tequila Patron North American Endurance Cup as we enter the last round of four with a one point lead over our competition. The #4 car will give it everything we have at Petit Le Mans for a chance for redemption in a very difficult season. 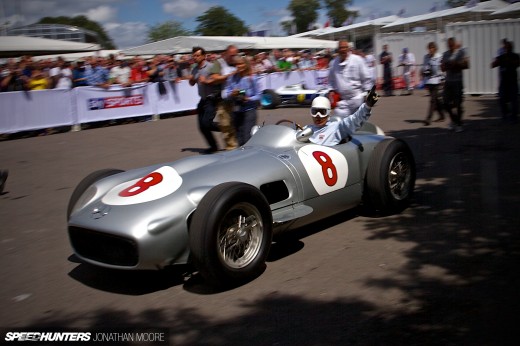 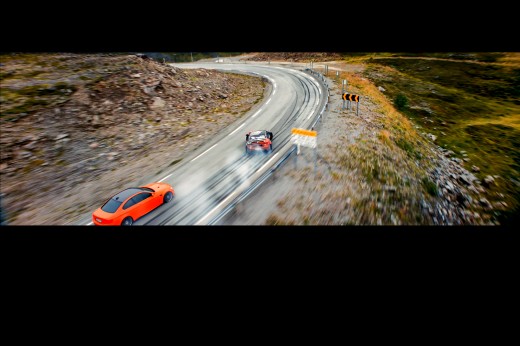 Risking Everything: From The North Cape… To Texas 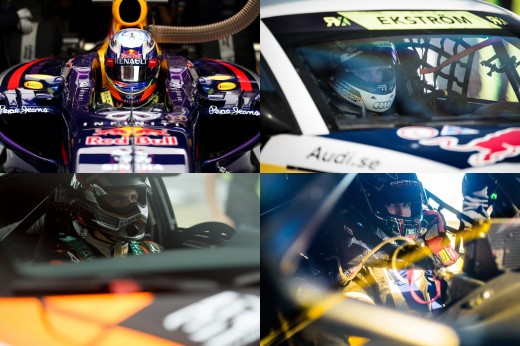 From The Driver’s Seat…

These setbacks would make you want to quit, surely!  Always enjoy Camden Thrasher's images too.

To me, it seems IMSA is deciding who wins the championship with the bogus BOP the Corvette team has been penalized with.

Best of luck, stay safe and don't forget you're living the dream.

BOP has to be one of the most idiotic things introduced in any racing series.  Punishing people and teams for success is completely counter-intuitive to the spectacle and core values of racing, which is to create the fastest machine with the technology available to you.

Tommy, as a lifelong Corvette Racing fan it makes me proud to see you guys out there battling for every point and every position.  Hopefully the leadership of TUSCC will soon realize that the best team should win the championship, not be punished into merely parading around the track at slower speeds than the rules allow.

Best of luck at Petit LeMans and in the future, there's nothing prettier on race day than a yellow 'vette rumbling down the track.

Good Luck, Tommy and CR team!  We will be at PLM watching and cheering you on!

Keep on truckin' Tommy, and best of luck at Petit.

I think the Tudor series needs Corvette more than Corvette needs the Tudor series.  If they are going to be so political and punitive I would recommend Corvette drop out of the series and move  to the WEC full time for a year or two.  Lets see how well the Tudor GT racing success continues without an American team to draw spectators. You guys have already cemented your reputation.  Take a rest and let all the political crap settle out.
Remember the Tudor series is basically a big NASCAR run version of sportscar racing.  They only want to sell seats.  The heck with the history and heart of endurance racing - they could care less.
They want to see some Ferraris up front? - hey just legislate them in with the BOP  - deal done.   It has seriously hurt the sport.  I am skipping Petit this year after never missing a year previously - they are not getting my hard earned money to put on their scripted dog and pony show this year.

Part of me thinks that CR is being partially penalized for having better drivers than some other teams.  If was really just the car that was so much better, then I would have expected to see CR finishing 1-2 during that winning streak.  I almost wish that part of the BoP would be to have the cars tested by drivers from another team.

For example if every driver who gets into the CR7 is a second faster per lap, then sure it must be the car.  But if half the drivers are faster and half the drivers are slower then it's not the car and that should be taken into consideration with any performance "balance" that is applied.  Maybe CR not only has a great car, but also some great talent behind the wheel as well...???

If CR fielded amateur drivers and was 5 seconds a lap off the pace, would IMSA saddle everyone else in the field with penalties to bring the field back to CR?? Racing is about cars, but there is also the human element as well.  If IMSA wants to fine tune the series to death, then the drivers should be part of the BoP equation as well.

@C5Z06 BoP is idiotic no matter what. Im certain the corvette would have eaten a Ferrari if the engine was not dumbed down with restrictors. Have a weight/tire rule/engine formula that are linear and corvette would do very well. It is a phenomenal package.

RobertBlake1 what would they do in a WEC series? run 6 races a year on obscure tracks? WEC still needs to grow and grow a lot to match the TUSC series. There are only few races on the calendar and the track choices are "safe" and by that I mean they choose modern tracks because of safety/convenience reasons, where the TUSC runs on some pretty darn classics and the racing is close in all classes. Be it BoP or not TUSC is waaaay better at the moment than WEC. And I say that as a European. But we'll see what the future brings.