When I bought my Porsche Carrera S back in December, I immediately began constructing a vision for where I wanted to take it as an official Speedhunters build. For me, this is an important first step in starting any project car. You need a theme, a direction, a cohesive plan.

Wheels play a huge part in this theme, almost as much as the car itself. While BBS or HRE may be the popular choice for aftermarket Porsche wheels, I wanted something much more unique.

After considering dozens of options, there was really only one wheel that stood out as both unique for the application and worthy of carrying the weight of a new Carrera. So, eventually the order was placed for a set of all-new 20-inch Volk TE37 Ultra wheels, made specifically for the Porsche 991.

Of course, there was nothing wrong with the stock Porsche rims, other than the fact they were stock. The two-tone finish was definitely a nice throw back to the classic Porsche Fuchs wheels of my air-cooled childhood.

To wrap the new metal, Pirelli stepped up with a set of P Zeros.

It’s funny how ‘normal’ 20-inch wheels have become. There was a time (not too long ago either) when 20s were only found on SUVs. Now, what we once called ‘dubs’ are common place on many high performance cars. And for those who think this is sacrilegious, the 991 actually came factory fitted with this size wheel. With the TE37 Ultras we’re running 20x9s in the front and 20x11s at the rear.

Naturally, unsprung weight is the biggest disadvantage to running larger wheels. These Volks, however, are forged from a single piece of grade 6061 aluminum, which means they weigh-in at just over 20lbs a piece. Compare that to 24lbs and 28lbs for the stock 991 Carrera wheels, and a combined 24lbs of unsprung weight has been dropped from the car.

Traditionally, most builders like to match a vehicle’s country of origin with the parts they put on it – especially when it comes to the wheels. Well, this 991 project is far from traditional. It’s a German-made car that on top of German-made suspension is now running a Slovenian exhaust system, American intake, Italian tires, and Japanese wheels. I guess that makes it consistent in its inconsistency at least!

In addition to the new wheels and tires, I finished off the corners of the 991 with a Brembo brake disc upgrade and low-dust pads.

These new rotors drop another 3lbs from the front corners and 5lbs from the rear. Since the weight is both unsprung and rotating, it will improve the 991’s handling and acceleration. Oh, and deceleration too, of course.

Ceramic brakes may be super-light and ultra fade resistant, but many drivers who regularly track their Porsches actually chose to run these iron rotors instead as they are significantly cheaper to replace, offer a more consistent pedal feel, and still provide ridiculous stopping performance.

So now that wheels, tires, and brakes have been properly addressed, I can make the bold and arguably foolish statement that this build is now done! Yes, rule one of car customization is that no car is ever ‘done’, but for now at least I am just going to enjoy it as is. I would have been perfectly content keeping this car stock – okay that is foolish too – but I aimed to just give it just a bit more edge and make it stand out among the other 911s running around Southern California. I think that goal has been achieved.

So now, with my 991 complete, it is time to drive! Expect to see a full feature with the final touches added coming soon… 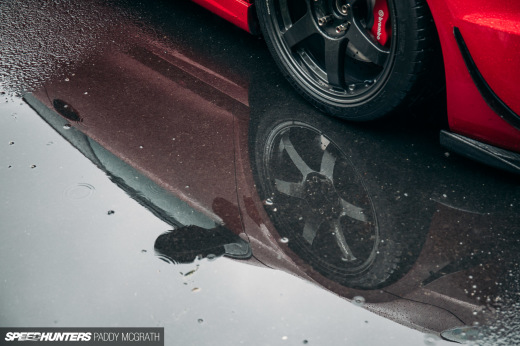 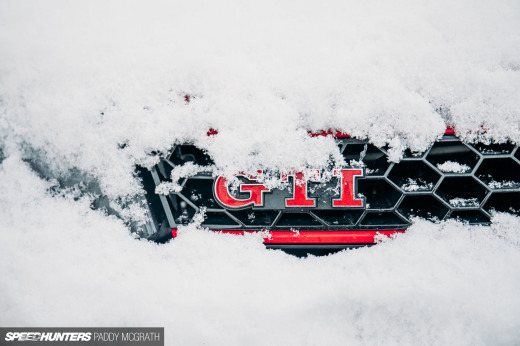 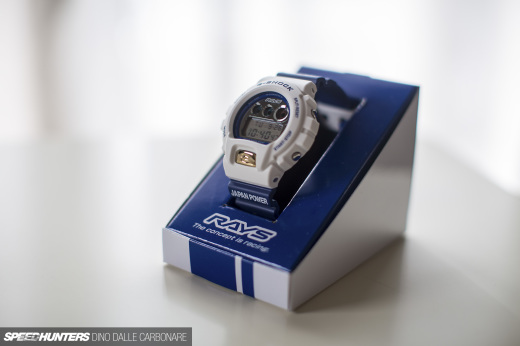 And The RAYS Casio G-Shock Winner Is…

I think I need to test drive this car now...

Car looks amazing! What side-skirts/body-kit is that? I see you added the GT3 mirrors too, nice. Sorry to ask but I can't find that post. Oh & forget the word "done" focus on the minutiae next.

When does it get the RWB treatment?

Haha! I was kidding!

Wow. Didn't know people who work for speedhunters can afford these types of cars...Ballers.

finally something new from this project, too bad there's just one pic of the wheels when they're actually but well...
Keep it clean and decent dude!

All of us know that every car is equipped with international manufactured parts from stock but in most cases it's not noticeable.
To put visible international aftermarket parts on a car is a nice statement. Internationality and its acceptance is a very good step on the way for world-wide peace.
As a car guy, when you are using international parts, you set signs for that you're willed to walk this way!
Peace!
Love your Porsche! Greets from Germany!

All of us know that every car is equipped with international manufactured parts from stock but in most cases it's not noticeable.
To put visible international aftermarket parts on a car is a nice statement. Internationality and its acceptance is a very good step on the way for world-wide peace.
As a car guy, when you are using international parts, you set signs for that you're willed to walk this way!
Peace!
Love your Porsche! Greets from Germany!

Very, very nice car. The only thing that I would do different is the tire choice.
Pirelli is the worst tire in this tread range, not even close the performance of Michelin PSS or even Hankook V12's.

@Never Enough My personal car has parts from New Zealand, Australia, Japan, Taiwan, China, America, the UK, and Germany on it.  It's a little mish mosh of everything

" Wheels and tires and brakes, oh my!"

oldschoolcat Agree...lots more wheels avaliable. Here in Japan, you see TE37 on almost ever type of vehicle; guy down the street has a set of six lug on his work van, another has them on his three wheeled scooter.

"I wanted something unique for this car"  *Puts on TE37s*.  Ironic post is ironic.

I understand it's unique for the application, but putting one of the single most popular tuner wheels on any car is a pretty easy choice.

Larry who is Fred?

driftnz Fred is our Partnerships Director!

Taryn Croucher thanks Taryn, i didnt see it at first but i should have read the previous posts to this build, oh and the wife @girlstance (instagram) loves her iheartstance stickers! keep up the good work! =)

Looks like an R/C car with those big Volks

"which means means they"... i´m from germany but i think thats wrong!

If the new tires are 35-series what profile were the stock ones? Is the ride much stiffer now with less tire absorption?

leitev8  I don't agree. Pirelli are the best tires...for drifting. They tear apart quite evenly and they destroy all the rubber clean, with no wires sticking out to rub the wheel arch. After you clean them out of the rubber and you remain only with the steel wires, they are still safe to run until pit stop. In drifting, you don't wanna use Michelin or Hankook. They will destroy your wheel arches when they go "pop".

But for this 911.....yeah, they seem cheap. But then again, he lives in USA, maybe the rods are killing them easy.

Because I should have got ??

Before people start flaming on tire brands let me be clear, there are only two companies (Michelin and Pirelli) who make the correct size for this size and application that meets stock OD. Michelins were unavailable and thus went with Pirelli. I don't plan on ever drifting this car so my selection was never contingent on that.

Teamfred  Ok, ok, don't take it that personal. :))) It suposed to be a joke. Of course you don't wanna drift this brand new Porsche. But don't say "never ever". I hope is still joy in driving your car and you'll find it funny when you slide on a rainy day going a roundabout in the middle f the night. Don't tell me that this 911 is a beauty queen.

the car looks great. you should have ordered the ducktale though

Totally ruined the car with those ricer wheels!

Varrstoen officially ruined TE37's for everyone. I'm sure these cost a grip but it made the car look cheaper.

You call that car a "project 991" and wanna treat it 'as an official Speedhunters build." and the only thing you've done  is an exhaust, suspenskion kit and that's all? And very unique TE37 wheels of course.

Love the wheels ("unique" or otherwise). Don't love the headlamps. My 10pence...

Sorry those wheels don't fit with the car. Powder coat the OEM's black and you'll have unique.

those tyres aren't N rated or "porsche rated" are they? if i'm not mistaken you've bought Aston Martin spec tyres.

damn, haters everywhere. I really like the look, and it's refreshing to see a SH build that is restrained, more on par with what one of us regular joes would do to a car like that. I feel like the 991 is almost perfect from factory, so these few modifications really just help it stand out and help it perform just a tiiiiiiny bit better. and sound a bit better as well, I'm sure.

A rhd 991 done up with some bouquet jdm parts would have been cooler.

Categorically, there are always two types of car owners one who like traditional parts and other one who wish to mount quite different parts in their car to make it look apart from other as like you. Market follows both strategy and develops both types of parts traditional or advanced. As you said BBS or HRE are best for aftermarket Porsche wheels, I totally agree with you, as many companies like http://www.iautobodyparts.com/wheels_aluminum_steel-catalog/ and others are developing highly durable tires and selling it at reasonable price. A low price doesn’t mean poor quality rather they perform better than OEM.