I come from a country where in this day and age bicycles still remain the most popular means of individual mobility. On that fact alone, I guess it would be easy to assume that car culture simply does not exist here, but in reality that couldn’t be further from the truth.

This is a place where exotic supercars cruising down the street are a common site; where some of the world’s biggest racing championships make an annual stop; and where drifting – while still relatively new in this part of the world – has already been accepted as a mainstream motorsport. Welcome to China.

Skyrocketing car sales have made China the world’s largest automobile market. The car scene is absolutely mind-blowing and I’ve had some pretty crazy experiences during my regular visits.

I’ve had the opportunity to work with DTM legend Bernd Schneider and two-time Formula 1 World Champion, Mika Häkkinen – two of the best drivers on the planet.

Some might say I was crazy to try the world’s highest Bungee jump from 233m/764ft up the Macau Tower.

But I can say that riding shotgun with Mika and telling him where to slow down at different places on the circuit was just as crazy.

Never in my wildest dreams did I imagine I could be part of the production car lap record-setting team with The Flying Finn.

As far as motorsport goes, drifting is definitely the next big thing in China. The first-ever sanctioned drifting championship was broadcasted during prime time on national television in its inaugural season last year.

And due to its popularity in this country, drifting has quickly become a marketing tool too.

But tandem runs can get expensive in China. My chase run with a half a million dollar Mercedes-Benz SLS AMG was definitely more nerve-racking than going door-to-door in my Infiniti G37 at a Formula Drift round.

I have a friend who loves drifting so much that he went as far as to build his own personal drift track inside his factory complex. At the point of initiation, you can literally see his employes at work just a few feet away.

The People’s Republic of Racing

‘Rare’ is one of the most sought after words in China’s diverse car scene. One of only five ever built, yeah, that’s rare enough, right?

It felt so unreal to sit inside this multi-million dollar Pagani, but I savored every second.

Car customization means business in China and this is a country where die-hard enthusiasts don’t mind paying for uniqueness and exclusivity.

The racing scene is bustling too. The local feeder series’ are always one of the highlights of big racing weekends.

And it’s normal for car manufacturers to treat their employees to a race weekend as a token of their appreciation.

The street circuit in Macau, China, tops the list of my favorite circuits. Ayrton Senna, Michael Schumacher and Mika Häkkinen all kick-started their careers on the very same circuit.

And later this year, DTM will make its third appearance in China.

Throughout my career I have raced in many countries around the world and on every continent except Antarctica, but China has never failed to amaze me each time I visit. If you are looking for an exciting yet different Speedhunting journey, maybe it could be the place for you? 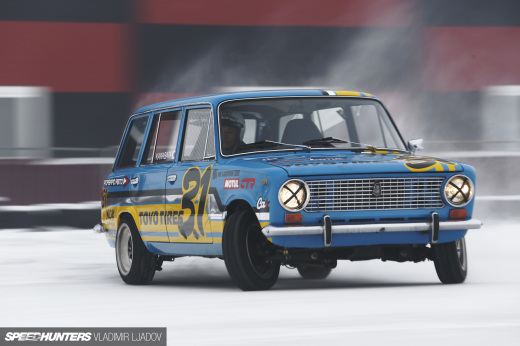 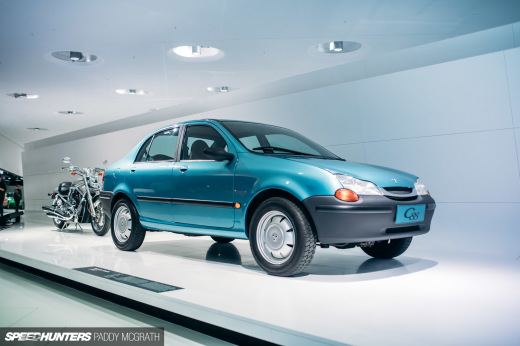 This Is A Porsche, Honestly

a personal drift track in the middle of some factories, awesome stuff

You can also see a Zonda R and 2 Zonda Cinque at same time at FFF Automobile display store in Beijing, which is just mind blowing!

Cool stuff Charles, I want to sit in a Zonda R... By the way, congrats on your podium at FDNJ this past weekend! Speedhunters drivers are dominating!

Hahaha Charles, did Mika heed your advice on where to slow down?? That's awesome you got to work so closely with him, what a legend

I can almost smell the new-money tackiness.

HSSLTYO Don't forget that old money was once young, too. Let them have fun.

Yes he did, because the student driving behind us went off track! LOL

Well said, buddy! Let them have fun. Cause I too am having the time of my life. Plus who cares its new or old, right?

Charles Kaki Ng I'm going down there in August for All-In Tuning China. Any suggestions on what to do while I'm not working the show?

Charles Kaki Ng I want a new Chales Ng cartoon like the one from last year! Please make another.

A race track in Antarctica would be interesting, just as much as tandem'ing 2 SLS's!

Z-er0  In general or in China. First, maybe you are on the wrong site after all. Second, you've been there? Agreed?

greenroadster Z-er0    What is the reason, why in you opinion it does not exist?

The Pagani looks like the pornostar of the automotive world!!!

Ok I'll work on that. You'll be the first one to receive ok?

That's in Beijing right? Visit the Great Wall, Forbidden City and all the usual suspects. Hot pot is pretty bomb too! As far as nice cars you'll spot some in Sanlitun area where all the foreigners hang out.

I clipped the mirrors numerous times on that track, and it's like the best feeling. Lol

Yeah that's actually a car show that took place in Hong Kong. And I was drifting the Mclaren MP4 12C at the same event.

You just gotta accept things to be different over there. I had a big culture shock the first time I got there, but now I am seeing the difference and appreciating what I see.

Charles Kaki Ng How would you describe the diffrences of philosophies of the Chinese and Japanese Car culture, or Tuners?

Charles Kaki Ng  Very nice! Invite me the next time!

I have been working & living in China for the last 2 years and I don't think Mainland China has really a big number of car entusiastics (always taking into account the number of pleople living here)...

Of course China is one of the best places to find new supercars, as there are plenty of them, but is more a thing of "face" and exclusivity than really car pasion the reason of it.
Regarding HK and Macau is a different thing and cannot be compare, because there have far more tradition and history always taking about motorsport, even the cars available to buy over there are not the same as in Mainland.
The good thing about China is as opposite to many other countries the number of car lovers is growing everyday, and car culture with it, but it still poor comparing with Japan, USA, Europe etc

Charles Kaki Ng Yeah it's in Beijing, You coming down? PASMAG is the North American Ambassador for the show and we'll be representing most of the  American Brands there. Hopefully we'll see you there!

Yeah, I grew up in Hong Kong but I tend to consider Hong Kong and Macau part of China since 1997. And it in fact is the truth.

China is still in its early days of tuning culture and there are some "teething problems" like imo style issues lol. But just like any other emerging market, once the industry is stabilized they should be able to have their own style (in a good way)....and hopefully I can bring some style to them too while I'm there!

Charles Kaki Ng  Of course I'm not saying the opposite, I just want to say that there are big differences between HK and Macau  and the rest of China regarding car culture.

And thanks for the article, I'm quite interest in anything related to motorsport in China.


P.S: my gf (is from Mainland) is quite happy to see this coment from somebody that has grow up in HK:-)

I will be in Shanghai working for AMG Driving Academy the week before. See if I can go afterwards! Have fun out there

My team members and all my close buddies are from mainland, its all good man! Thanks for your support..!

I have just returned from China on a trip with one of your friends Sky Zhao, was a very interesting place and the cars over there shocked me to be honest. Did some drift coaching there and could see how into it the locals were. Good article mate

Thanks bro! Sky is like my long lost brother, China needs more proper car guy like him as well!

Charles Kaki Ng Hey, are you from Australia? I've seen the name in various editorials over the last decade including Autosalon etc.

noze02 I'm a chinese I'm now 19 and I know a lot true petrohead like me around my age.I think the worst thing about China is that we don't got too much classic car but new supercars for the historical reasons.And the "face" thing you said,its totally true.I think its the biggest difference Between Foreign and chinese supercar owners and that's not cool

Rabookie noze02 Agreed. I am at the same age as you, and there are few classic JDM motors all over the country (You can even count all street legal Honda S2000 by one hand), while some models, such as Civic Type-R, has never been sold to mainland. Although the figure of models is not as big as foreign countries,the amount of youth falling addicted to modifying or motor racing is increasing rapidly. Car culture is coming into being in China.