When you’ve built a car with as much impact as the Hemizon, people are naturally going to wonder what sort of a lunatic would put this thing together. Even more so, where would this crazy man reside? As it turns out, this particular crazy man resides in a subterranean dungeon. How appropriate…

It was the guts of a year ago, when we left Stockholm and headed out for the unknown in the Swedish hinterlands. Well, unknown for Ben and I because we don’t live in Sweden. Thankfully Annika and Rod do, so we were free to admire the view and the world’s largest Ikea en-route. Well, where else would it be?

Our destination was a small town called Nyköping. Essentially your typical Swedish town: quiet, unassuming and gentile in appearance. But hidden from the road around the back and beneath a large tyre-changing garage was an inconspicuous set of garage doors. Well, they would have been inconspicuous on any other day, but today the Hemizon was outside.

This is Henrik Larsson. You can probably guess that he’s the Larsson in Larsson Customizing, and rather disappointingly to some degree, he’s not stark raving mad. He’s actually a very nice man with a proper love for American automobiles.

“Since I was 18 years old, I’ve been building custom cars. I started out building prototypes for SAAB and restoring convertibles but I soon realised I love working with metal and I love working on cars, so I put the two together and it’s perfect.”

I grew up admiring American cars and car culture, yet funnily enough, I had to travel to Sweden to get my first taste of it in person. This Studebaker has an almost European feel to it wouldn’t you agree? It’s as though it’s easing me in for what’s to come.

There’s always a certain amount of intrigue and excitement when travelling into an unknown world and dealing with a sub-culture outside of one you may be more familiar with. However, this is exactly what I need on a regular basis – this is the beauty of Speedhunters. The Chevrolet pickup truck in the foreground looks like it might be slightly roof chopped… or so Bryn said when he saw the picture. Apparently the chrome ornaments on the top of the bonnet say it’s a ’57 model but the grille says it’s earlier, maybe ’55/’56. All of this is new to me, but it’s just the same when you think about subtle differences between any model range. That’s the great thing about looking around somebody else’s garage: you get to see so much more than you would just staying at home.

If I worked for any other publication or magazine, there’s only a very small chance that I would get to experience this other side of car culture or that I would ever have seen the creations that lay within Henrik’s workshop. Is that a Charger shell on the rottiserie? What’s that V8 on the floor over there and I wonder which classic those steels lived under?

The bulk of Larsson’s work is actually metalwork and repair and as someone who’s chosen a creative path in life, I’ve always been jealous of those who have the ability to turn rot into brand new metal. The transformation must be so satisfying.

It’s also Henrik’s and his company’s attitude towards traditional metalwork skills that I admire the most. “There are four basic tools which we use here for metalwork. With these four tools and some new sheet metal, you can pretty much make any panel for a car”

This self sufficiency means nothing is a barrier when it comes to creating your dreams, which just like anything else, are based on hard work.

It’s a timeless craft. Just imagine how many different things have been created by these tools in just this one garage, let alone on a global scale. The humblest of hand tools have given birth to the greatest of creations.

When you see how this craft is utilised and how much effort goes into the seemingly simplest of things, you really gain a whole new appreciation for the skill set.

This ’28 Chevy is a prime example. A less common base than its Ford brothers, its build precedes the Hemizon by a few years, but it sets the groundwork for what has become the Larsson Customizing house style.

That is of course, the raw finish. Everything you see in here has been crafted by hand, including the signature folds on the faux-leather door cards, which are made from sheet metal. It kind of reminds me of the Cutworm Specialties alloy dually we featured at SEMA.

If you’ve seen the diamond quilt on the door cards and interior of the Hemizon, you’ll be interested to know that this is the tooling used to create the same effect. It might also give you an idea as to just how painstaking the work is.

I base a lot of my personal automotive tastes around aesthetics. It’s shallow I know, but it’s something I have no control over. It’s what I like! Billet can be seen as being a little bit naff in the hot rod world, but I can’t for the life of me figure out why. Sure it goes against what a lot of traditional hot rod guys would say is the very ethos of the movement: it’s a new way of doing things that should be left off a true hot rod. But this is Sweden; a melting pot of styles and influences are at work here. So why not?

You may or may not have noticed this but there’s a little bit of Hemi love going on here. In fact, when Henrik bought the ’54 Hemi for the Hemizon, he didn’t really know what to do with it. He bought it solely because of the noise it made. He told us that, “I bought the engine [for the Hemizon] and it sat on a stand in the shop for a really long time whilst we were deciding what to do with it. Every Friday we would put some fuel in a can and then fire the motor up on the stand and rev it really hard! Upstairs, there is a normal office and everyone was always kind of like ‘What the ****?’ We loved Fridays, but the guys upstairs, well… they didn’t like Fridays so much back then.”

Whilst I’m sure the guys working here would love to spend all their time working on insane projects, the reality is that they spend most of their time resurrecting classics for the huge Scandinavian classic American car scene here. Given the subject matter, the work is on a massive scale.

And I do mean huge. Remember some of these machines can measure in at five to six metres long! It’s a pretty common sight to meet a couple of big ’50s/’60s American cars rolling down the highways here in Sweden, in between the hybrids and fuel-efficient Volvos that is. This badass black tri-Chevy is getting some more modern running gear as well as bodywork duties.

At this point I would usually say ‘I’ve no idea what the fascination is, or where it comes from.’ However, this time I actually know something (shock, horror, right?) and yes that’s a Buick Riviera. See? I’m learning…

All over Europe, we deal every day with small cars, with small fuel-efficient engines. So when we happen upon something like this ’53 Buick Roadmaster, it absolutely blows our minds. The size, the styling and of course the noise all play a huge part in our fascination in that little bit of strange. These are echoes of a bygone age, when fuel was pennies to buy and smoking was healthy… Probably.

It’s a little bit of wanting what you can’t have, which in turn makes you want it even more, but that’s the beauty of it. We will always aspire to the unobtainable.

Larsson Customizing, whilst maybe tame in the grand scale of things, is playing a much bigger role than I’m sure Henrik ever could have dreamt of.

They’re responsible for helping to develop a unique Swedish take on American car culture, whilst also doing his part to keep a scene alive on this side of the world. It’s no mean feat considering any parts required usually have to be sourced from the other side of the world. Aside from their work, their ethos and the incredible projects they turn out, projects that force us to constantly re-evaluate our tastes, they’re doing the most important thing of all: they’re allowing the fortunate few to realise their dreams, and in turn showing the rest of us that it’s possible. They’re helping to make the unobtainable, obtainable. 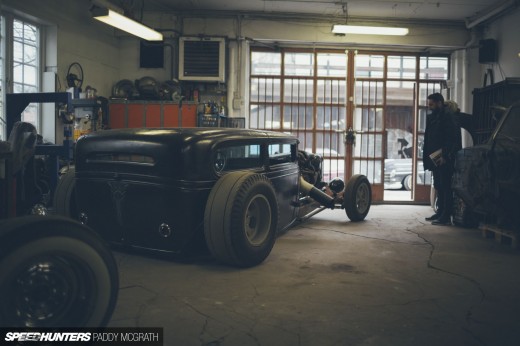 Home Is Where You Build It: The Slammer Garage 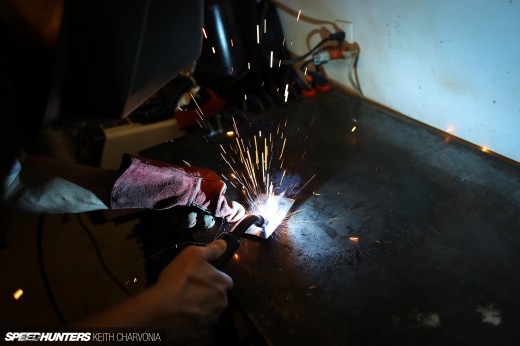 The 101
How To Weld Sheetmetal 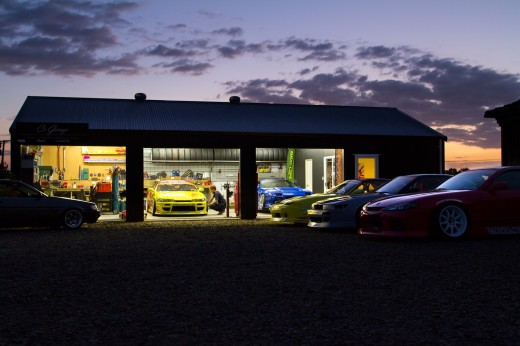 no way its a mustang! Charger baby!

Wow. Just wow. This is such an awesome little company! Love the shots!

plague_rat  You are of course quite correct, I added that bit and then noticed the fuel filler when you mentioned it! Gah! Thought it was a 69- Mustang. My bad

Lachys114  They are an awesome bunch of people, and really producing some fascinating projects. I can't wait to see what they come up with in future!

I can't either! The projects are completely insane and almost taboo in the traditional car scene but it is just how they do it! They deserve all the attention for the Hemizon project, and to build a car around the sound of the engine. That is cool!

I'm awestruck by how many great American cars he has lying around. And this is not in America either!