By now I’m guessing most of you know that one of my hobbies is collecting comic books, or more specifically Japanese comic books about cars. I’ve profiled a few of my favorite titles here in the past, and now that we have our rally roots theme going on I thought I’d talk a little about Special Stage or SS as it’s more commonly known.

Written by Shohei Harumoto, SS was published between 2000 and 2003 and spans nine volumes. Compared to Initial D or Wangan Midnight it’s a relatively minor title, but it still had a decent following when it was originally published.

Of course at that time, Japanese automakers were heavily involved in the global rally scene with Mitsubshi and Subaru battling fiercely in WRC and also in dealerships across the planet. When looking through SS you can certainly sense the enthusiasm for rally that existed in Japan at that time.

But SS is not about a glamorous professional driver attacking the WRC circuit. That would actually make for pretty boring reading. Instead, the story follows the adventures of a man known as Daibutsu, a middle-aged retired rally driver now living uneventfully with his wife and two kids.

After leaving his career as a driver, he now works as a mechanic at a small workshop called Nishiyama Motors – and it’s this part of the story that’s exactly what I like about this and other Japanese automotive comics.

Rather than a young powerful hero, Daibutsu is a bit of an underdog who looks back fondly at his days as a driver in the All Japan Rally Championship.

The comic features a number of flashback scenes which go back to Daibutsu’s young rally days, featuring cars like a TE27 Corolla…

The real star of the show though is a Group B Starion 4WD that was crashed and then abandoned for decades inside the garage at Nishiyama Motors.

The story really begins when Daibutsu gets hold of the exiled Group B car and then takes it out for a series of adventures, engaging in street racing and trying to relive his glory days.

Along the way Daibutsu meets all sorts of characters, some of whom are old friends and rivals from his past, while others are from the younger generation of street racers.

Quite a variety of cars are featured during the course of the story, including several Porsche 911s, Nissan GT-Rs, Supras…

…and of course Japan’s iconic rally machines, the Evolution and Impreza, get plenty of ink.

Now the idea of a resurrected Group B Starion blasting down the Tokyo Expressway or racing through Hakone mountains might be a little unrealistic, but that’s what makes SS so fun.

And while the premise might take a little stretch to believe ,the technical details and accuracy of the actual automotive material is top notch.

Time and time again, it’s one of the things I love most about these comics. You can tell they are made by car geeks, for car geeks. There are detailed descriptions of both the history of the cars and their technical features, all while keeping the human side of the story engaging.

SS was actually popular enough that in 2008 a full length live action film was released based on the comic, and it remains surprisingly true to the manga storyline and characters.

If you’d like to watch the film, you can find a link to the entire thing right here. As far as racing action movies go, the movie actually looks rather well done, and it shares much of the comic’s accuracy.

Aside from being a great piece of entertainment for both rally enthusiasts and gearheads in general, SS is yet another example of just how obsessive the car hobby in Japan is.

To me, just the simple idea that there exists a highly accurate comic book based around an obscure rally machine from the ’80s is completely awesome. Then there’s the fact that SS is just one of many car comics released in Japan over the years.

As I’ve said before, who needs fantasy stories about supernatural warriors and space aliens when you can have one about a Group B Mitsubishi Starion blowing away everything on the road?

The Culture Of Rally Time Control 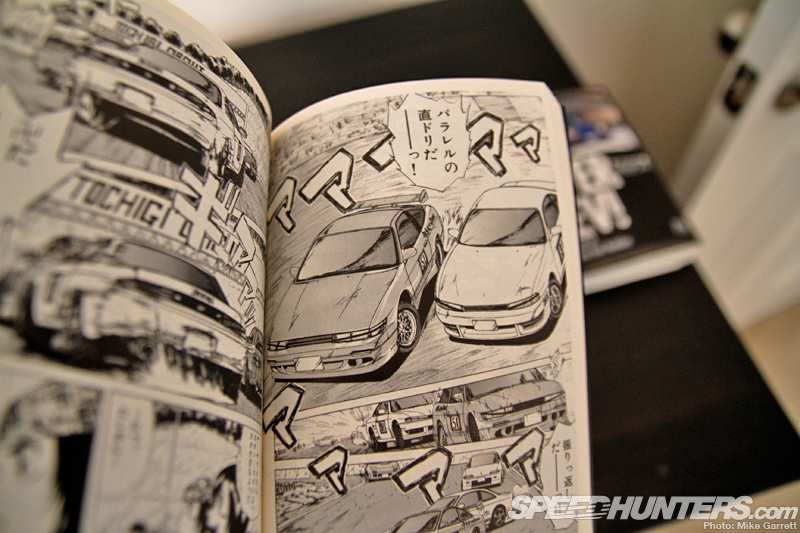 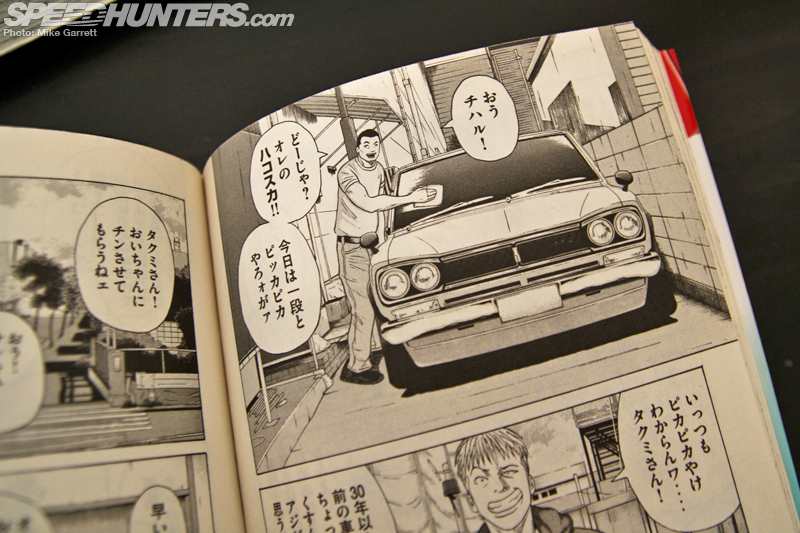 I love these articles Mike. My wife not so much. I'm always trawling Japanese ebay afterwards to try and find a copy of the manga. Keep the stories coming!

I had no idea there was a rally-inspired manga (should have guessed really as there is a manga for everything else!). My job for lunchtime is now to try and track down some copies!

Many thanks for the eduction.

Wonder if Mike ever read the manga called Countach

anybody know any sites online you can read comics like this but in english? lol

We then have to talk about some Michel Vaillant comics, like "L'inconnu des 1000 pistes"

Thank you so much for this post! Your last post on over rev! had me blazing through all 90 something chapters in a few days.
Look forward to this and I hope you've got a lot more !

Max_Ryde And the movie it "inspired", 24 Hours (http://www.imdb.com/title/tt0307156/)
It has a simple plot (good guy in blue cars, very bad guys in red cars), ridiculous scenes (protagonist driving blindfolded and scaring the shit out of the passanger, LeMans prototypes driving on the highway racing against the clock to enter qualifying) and a typical movie-style race finish where the good guys make a comeback and win by inches.

ToyotaSupraMan Max_Ryde The movie is a piece of shit compared to the comics. I was born and raised reading Michel Vaillant, trust me

Good movie, there should be one around with English subs. just cant remember where.

Max_Ryde Oh good one Michel Vaillant ! I would really like to know if this comics is famous outside France or Belgium.

I really need to read Japanese comics about cars, I've read the entire Initial D series, and can't wait for the release of the future chapters. But I need more, I can't get enough of that kind of work!

Need to learn some Japanese...

MattClarke if you our anyone can find one with English sub please post here. Thanks

@NFS918 I'd be happy to find this online in Japanese! Tried to find the comics to buy last night, but couldn't find them anywhere.

ooook, now someone just puts up the link with subtitles, please

"...who needs fantasy stories about supernatural warriors and space aliens when you can have one about a Group B Mitsubishi Starion blowing away everything on the road?"
Exactly.

DrnkJawa Correct me if I'm wrong, but I think it was mentioned on here before.

reading Capeta now ~ again a great comic with technicality truth all along !

apex_DNA DrnkJawa Did you mean by Mike or on the Comments? Ive seen only the Initial D article as a starter for all of this

Yeah I believe Mike has mentioned Countach before, probably a year or 2 ago.

I wish I could read Japanese, that way I could appreciate these comics much more. I guess I'll just stick to looking at the pretty pictures you post