Big engine, little car. It’s an age-old recipe that has been putting big grins on the faces of car guys the world over ever since modifying began. Back in the ’60s Carroll Shelby did just this with the AC Cobra – shoehorning big Ford V8 motors into the light UK-built chassis to create one of the most legendary cars of all times. Magnus Jinstrand has always wanted to create his very own Cobra and when it all started to materialize for him he decided to take things a little further than originally planned…

… further evolving the original notion that defined Shelby’s cars and turning it into something all his own.

There is absolutely nothing subtle about this car, from the moment you lay eyes on it, it shouts out at you with aggression. From the rather large supercharger rearing its head out of the hood…

… to the copious use of carbon fiber that makes up its custom aerodynamic package.

There’s no hiding the fact that this is a superbly executed modern-day take on the original, right down to the 18-inch and slick-shod Rondell wheels. A Brembo braking package borrowed from a Lancer Evolution VIII hints that there must be a lot of performance hiding within…

… but nothing can quite prepare you for that initial visual impact the removal of the engine cover creates. Magnus’s initial plan was to fit a Mercedes-Benz V8 engine into the Autofab chassis that lies beneath the Dax-built exterior, but when the guy supplying him the engine gave him choice to go for a V12…

… well, let’s just say that he just couldn’t pass it up. The 6.0-liter V12 is a twin-spark (yes that means 24 spark plugs!) 36-valve (two valve per exhaust side) beast engineered to deliver a silky smooth and effortless surge of power. In its stock 2001 Mercedes-Benz CL600 configuration it developed 362hp and 530Nm (39 lb/ft)…

… so to make things a little more interesting Mangus added a Lyshom 3500 twin-screw supercharger, modifying it to accept a custom twin-throttle set-up. Lots of custom work was required to not only fabricate the two intake plenums, but also to plumb everything into place in a visually-gratifying fashion.

From the color-matched piping to the sheer size of the powerplant, everything is meticulously executed.

… on each side of the Cobra…

… and connect onto a pair of big bore side pipes that flank the bodywork, dumping gasses before the rear fenders.

Underneath it all Magnus has adapted front and rear suspension from a Corvette C4 and uprated it with Öhlins adjustable dampers. Their remote reservoirs have been relocated within easy reach for fumble-free access to the adjustment knobs.

In its current configuration the supercharged V12 pushes 492hp to the wheels (around 600hp at the crank), all thanks to a very gentle 0.35bar (5psi) of boost. Drive is sent to the rear end via a Getrag six-speed transmission mated to a Helix twin-plate clutch and a custom propeller shaft.

… which along with the adjustable Carrera Cup inspired rear wing helps keep that rear end planted. The whole exterior has been finished off in a flat bronze hue, custom mixed and sprayed by one of Magnus’s friends.

If you’re wondering why the trunk lid has been swiss-cheesed lifting the lid reveals why. On top of the front-mounted copper radiator a second one has been fitted in the rear for extra cooling.

… everything has been finished off beautifully. this being especially true with the interior where Auto Meter gauges…

… have been centrally mounted in the carbon fiber dash panel.

It may be a tried and proven formula, but big engines in small cars just never seem to get old. Magnus’s undeniably-Scandinavian approach to his project has turned his dream of owning a Cobra into something even he never initially fathomed. Something tells me that Carroll Shelby definitely would have approved! 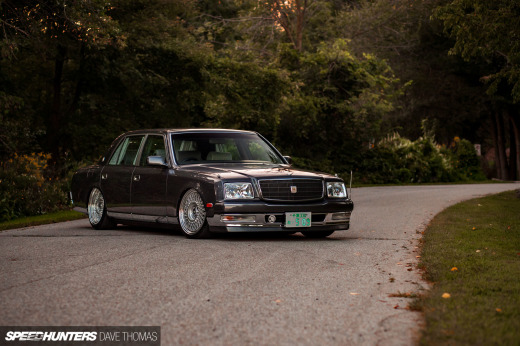 A Japanese Limo Lost In Canada 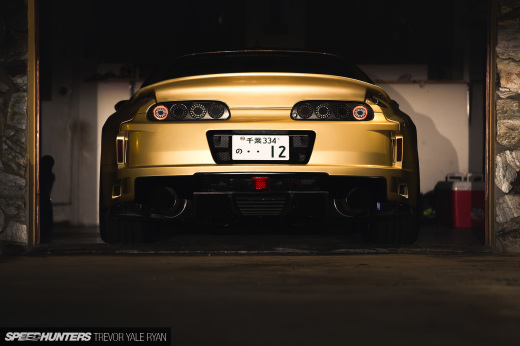 tenpennyjimmy there would be enough air dispalcement while moving that the exhaust being so close to the tyres wouldn't be an issue. If you also look, the tip on the pipes are pointed out to the side of the car. I would be more concerned about the dude sitting next tom him on the start grid LOL...And the fact they he is running on slicks means that they handle a far higher temp than conventional road tyres.

Give this guy a slap in the face, please. Never seen a more ugly customization made out of an icon.

onnika83 The ones that lack creativity and vision often critizice those who do, as they are scared of them.

CaliMeatWagon Not to slam your comment, but to make you think (to make us all think):

If so many people could do so well with their kits, how did they go bankrupt anyways?

JoryConrad CaliMeatWagon It could be the relatively low cost of the kit. It could be the lack of recognition they got for the car. I personally blame the fact that all, but a few people call it a Shelby Cobra, instead of what it is, an AC Cobra.

CmwGaming JoryConrad CaliMeatWagon
Actually the original Shelby Cobra was called an AC Ace. Just thought I might let you know that. Mr Shelby called his creation the Cobra.