It all started with a phone call. Back in April when I was planning out a few Speedhunters Dream Drive stories, I called up my friend and regular Alpine pass expert Martin for ideas for the potential routes worth featuring. I remember him vaguely mentioning a petrolhead friend of his, Michael, who owns a Porsche 996 GT3 RS. With only 682 built, it is quite a rare car, so on the eve of one of the German public holidays a couple of weeks back, I rang him up and asked if he could arrange to meet me the next day.

I knew we were going to have an exciting day when the trip idea was green-flagged within a couple of hours, but as soon as I arrived at the meeting point next day on the outskirts of Zurich, there was a second car in the lot – a Mercedes Benz C63 AMG wagon. Both of the cars are owned by Michael. One is the daily driver, the other the track tool. I’ll let you take a guess at which one is which…

After a short brainstorming session, we decided to take a run up Klausen Pass which is a tight mountain road that cuts through some amazing scenery and sleepy villages. The route started from the town of Glarus and wound its way up and down the mountainside and ended the approximately 40 miles (64km) later in Altdorf. But there was little time for looking at maps – we had two cars and some challenging corners to carve.

Every now and then we would pass a tunnel when Michael would both drop a gear or two and let the engines sing.

The mix of a howling race bred flat six and a shouty V8 provided all the soundtrack I could have ever asked for. It was a perfect duet.

Warning bells were ringing in my head as we drove up the road. Snow in mid-May? That can’t be good…

… a point that was hammered home just a few minutes later. But, as we soon found out, due to fallen rock and snow being cleared from the road, the crest of the pass was closed to the public.

Although this wasn’t ideal, we had the cars for a few hours so we decided to head up the mountain and see just how far we could get until the road closed down completely.

Of course, given that the road was going to run out, we made the most of the often-technical winding ascent. As the Porsche gripped and darted through the hairpins with the C63 on its trail, I could constantly hear the tyres crying in agony.

Eventually the trees opened up and we were greeted by this jaw-dropping view. It suddenly felt like we were in a different country altogether.

This little village was peppered with cottages and huts, with the sky-kissing rocky cliffs providing a grand backdrop. This was mother nature at a scale I wasn’t used to.

About a mile later – and just as we were getting into the groove of the pass – we reached the roadblock where we were forced to turn around. I jumped out for one shot from the furthest point up the pass we had gotten to, overlooking the spectacular road we’d driven up.

Since our trip was cut short prematurely and there was no traffic at all, so we decided stop so that I could take a look at the cars in detail and soak up some of the atmosphere.

The GT3 RS came with two color options – red and blue – but only for the wheels and stripes along the side. This might not seem like much until you understand that it pays direct homage to the the legendary Carrera 2.7 RSs of the early ’70s.

The RS stands for Rennsport, or ‘racing’ in German. Race-bred technology can be seen everywhere on the car.

For example, the rear windows are made of polycarbonate, like that used in most race cars.

Lightness is a theme that is pervasive across the car. We’ve all heard how the GT3 RS features a badge sticker rather than enamel in order to save weight. That might seem live overkill, but for this race-ready road car a whole lot of small savings end make a big difference.

Inside, a big centre-mounted tachometer dominates the gauge cluster, with a redline at 8000rpm. The higher the red needle went, the better the car sounded.

These keyrings are often overused, but it seemed rightly-placed in the Porsche.

In comparison, the C63 comes with a healthy dose of practicality. Four hundred and eighty-plus PS, seats five and a big boot – what’s not to love about that sort of specification?

The chiseled fender flares give the car some menacing character. I drifted off for a while trying to pick one car over the other but even after quite a lot of heavy pondering, I still couldn’t decide. Would these two cars make a perfect two-car garage? I think so.

I swapped cars and jumped into GT3 RS. I say jumped, but in reality it was a fairly elaborate process getting in and putting the six-point harness on.

My time with the cars was running out and it was time to say goodbye to the C63. Following it through tunnels was just pure joy. The throaty V8 sound filled the hillsides.

Our trip came to a conclusion in the town of Linthal nestled in the valley. The unexpected end to our planned drive had me wanting for an experience of the full extent of the Klausen Pass. Which, of course, leaves me without a choice. I’ll be back. And soon. 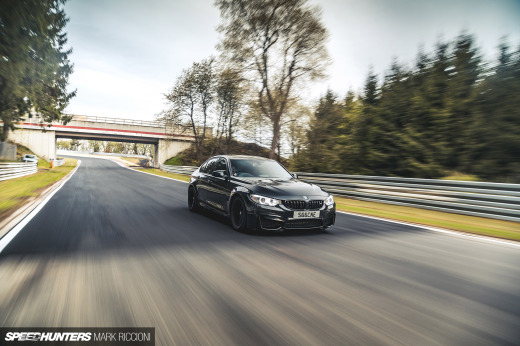 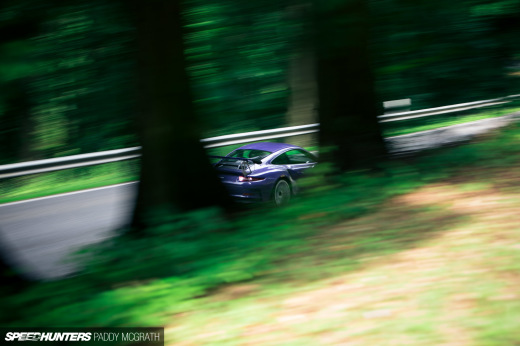 No Added Power: How Manthey Built The Fastest GT3 RS 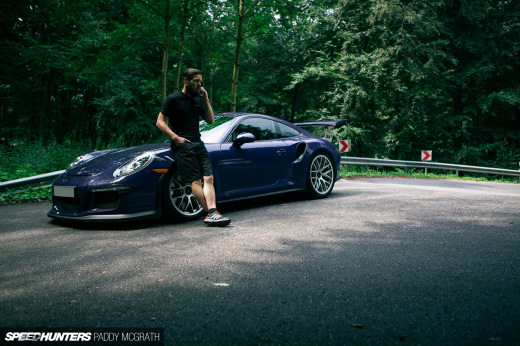 An Afternoon With A GT3 RS