How much on-board footage do you need? You might say that a lap is enough from any specific race, but if you’re a race nerd like me than you probably can’t get enough different angles and shots from the various cars competing – especially in the multi-class knife fight that’s an endurance race. Some people put on music in the background when they’re working: I like the sound of racing cars…

Pretty much all cars carry cameras on board nowadays, whether specifically for TV or for the teams’ own uses, which means that you can literally live through the first-person driver experience from almost any racecar you choose. I’ve picked out a selection of on-boards here for you to browse though, and highlighted some particular moments that are worth fast forwarding to if, for some bizarre reason, you don’t have several days to watch all the clips in their entirety. Let’s start with a clip that literally puts us in the shoes of Corvette’s Tommy Milner: he had a helmet cam set-up, which shows a whole stint from walking out of the garage, checking in with engineers and watching pitstop practice even before getting in the car and taking to the track for night practice. It’s a very cool insight into race preparation through the eyes of a driver.

Starting at the beginning, here are the first 15 minutes of the 12 Hours Of Sebring itself from the elbows-out rolling start. Always frantic!

Just check out the bumps through Turn 17, Sunset, in this longer cockpit-cam video from Corvette (about 5m30s in): it’s insane, especially as you are literally heading into the sun as it gets lower in the sky, making it even tougher to choose braking points and turn-ins. As Larry mentioned in his feature, the cars are thrown about all over the place as they fight to get through this long, tightening 180. Another interesting feature is that the Corvette has its big rear-view video screen that uses radar to track the position of cars closing in from behind, showing an enlarging arrow on the screen that points to where the overtake is going to come from.

Moving across to the #55 Rahal-Letterman-Lanigan BMW Z4, here’s some roof-mounted footage from the race, as they try and chase down the Aston Martin out front. The Z4’s V8 sounds a lot more high pitched here than it does from track side. Also, look out for the constant problem for GTs of prototypes coming up to lap them: the GTs are wickedly fast, but the LMPs even more so. At 12m10s you see a Rebellion Lola passing the Z4 on the inside through Sunset and hopping around on three wheels as it struggles for traction. You can also see how fast the GTC cars are in a straight line and how that presents extra challenges for the GTs: at 22m56s for instance. The GT speed advantage is all through aero in the corners and being able to brake deeper.

From the compact Z4 and its V8 to the supertanker #91 Viper and its grunty V10: here’s another roof-cam view, taking in the Viper’s battle with the Falken 911. You really get a sense of how bumpy the track is in this clip. I love how you feel the Viper’s velocity advantage on the back straight (1m45s): you start willing it to close up to the Porsche’s rear. He then despatches the 911 on the run to Turn 1. After a bit of a lonely couple of laps, around 13m30s he’s swamped by a gaggle of LMPs: first right, then left, the right again! Frightening.

Next we have snakes alive at sunset: that Falken Porsche is out in front of the Viper again, necessitating another battle to get past whilst watching out for LMPs, and a mighty out-braking manoeuvre into Turn 1 followed by quickly despatching the #56 Z4. The Viper is into the pits at 6m07s and we change to a cockpit cam: the driver change is followed by an agonising delay trying to get the car restarted…

If you think visibility is bad in the GTs, just check out the LMPs: this is on-board at night with the Rebellion Lola-Toyota. The driver’s eyeballs must be out on stalks (while being shaken to pieces at the same time) trying to deal with the LMP1 speeds whilst negotiating the slower traffic, the bumps and the darkness. Unimaginably tough. Walls flash by within an inch of the side, traffic is passed with only a paper-thin margin… Watch out for the cut-back by an Aston at 16m57s as the Rebellion scythes past a whole pack of GTs. And despite being one of the fastest cars out there, they’d still have to look in the mirrors for those Audis.

Talking of which… These are the ghost cars: the silent warriors who phaseshift through the opposition. No one can resist. With that hybrid turbo-diesel whistle, you actually hear more of the cars the R18 passes than the Audi’s own engine note! But what’s clear is just how smooth and fast the R18 E-tron Quattros are: utterly nailed to the track, cornering on rails but cutting through traffic like a knife through butter. The lack of 3/4 vision is amusingly highlighted at 1m50s, as the camera attempts to pan left to track a lapped Rebellion LMP, only to see the massive front left fender and then the black carbon mass of the cockpit interior! After a safety car period and stop, we get to see the R18 quickly catch up to the back of the pack, effortlessly passing car after car from the 41m mark. This video is, well, quite long even for me, at four hours. But you can’t say it doesn’t deliver on value.  And with the sound, it’s more smooth, relaxing downtempo background music to the screaming metal of the GTs. 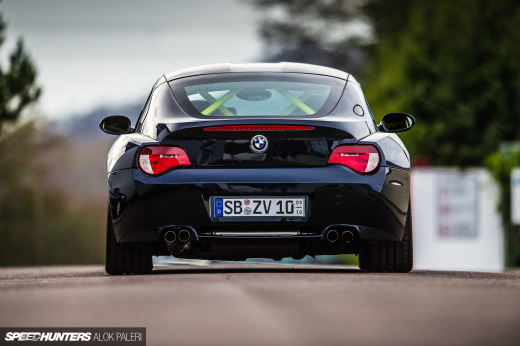 is it just me or do those ls v8s sound like they never get above 4000 rpms?

Awesome work man,thanks for sharing it with us.

it's one thing to play these cars on forza 4 with the in-car view and another with these vids.  thanks for posting them

Okay I changed my mind. I want their job.

The positioning of the onboard cameras on GTE cars in the ALMS is terrible.Cockpit cameras are much more interesting, particularly in GT cars as they still can slide around a bit. The Rebellion camera is in pretty much the perfect place for a coupé prototype, unlike the Audi.

That Milner helmet cam is epic..

I watched all of your suggestions. You are nuts.

@sean klingelhoefer next time lets shoot them from inside the cockpit?

Those E-trons are so quiet inside you could have a radio playing music while racing... helping to set your cadence. It's just unreal after watching the Radicals at night. I loved every minute of the last 3 hours watching this stuff. Thank you!