Your votes have been counted and the final nominations for the inaugural 2012 Speedhunters Photo of the Year award have been decided. These nominations were chosen by you, and ultimately you will decide the best photograph taken by a Speedhunter in 2012. When deciding how to cast your vote, ask yourself why each photograph deserves your vote. Try to consider the concept of each image along with how it was executed. Let the voting commence…

As per the #IAMTHESPEEDHUNTER Award, click the title of the image to view it without the nominee graphic.

The almost uniform horizontal lines of the backdrop emphasise one of the most iconic automotive profiles of all time. The minimalist colour palette ensures there are no distractions.

There is only one way to achieve a shot like this, and luck isn’t it. Experimentation, direction and perseverance are the important factors here.

A considered composition and subtle processing are sometimes all that is needed for a shot to work. It can be all too easy sometimes to overcomplicate things, this is a perfect example of letting the subject do the hard work.

The Wrecker from Hell

What may look like a straightforward three quarters shot, is actually a lot more considered than at first glance. Allowing for the glare from the salt flats and ensuring that the backdrop works with the subject whilst not being distracting has resulted in a well thought out and striking image.

Photography often has the misconception of being a glamorous career path; it is anything but. To capture a moment like this requires patience and incredible levels of tolerance. It’s late, you’re wet, cold, fatigued, hungry and you’re experiencing a million other emotions at once. Yet, you still fight every urge to get the hell out of there for just one more minute behind the lens. Perseverance always pays off.

The art of looking is one that is often overlooked. When was the last time you took the time to see how the light interacts with something? When did you last see the light and realise that to get that shot, you needed to change your vantage point. It’s a simple solution with sublime execution.

It was once said to me that the greatest photo is often behind you. Always be prepared to shoot, you never know when that perfect split second will happen right where you least expect it.

Ansel Adams once said that a good photograph is knowing where to stand. I’m not sure if Ansel ever attempted to capture the beauty of motor racing, but I think he could appreciate it.

Clever use of controlled lighting along with the ability to see things like nobody else can. All of this and then add some patience whilst you wait for the perfect moment.

Sometimes you don’t need to be told the whole story. Sometimes the suggestion is far more powerful. 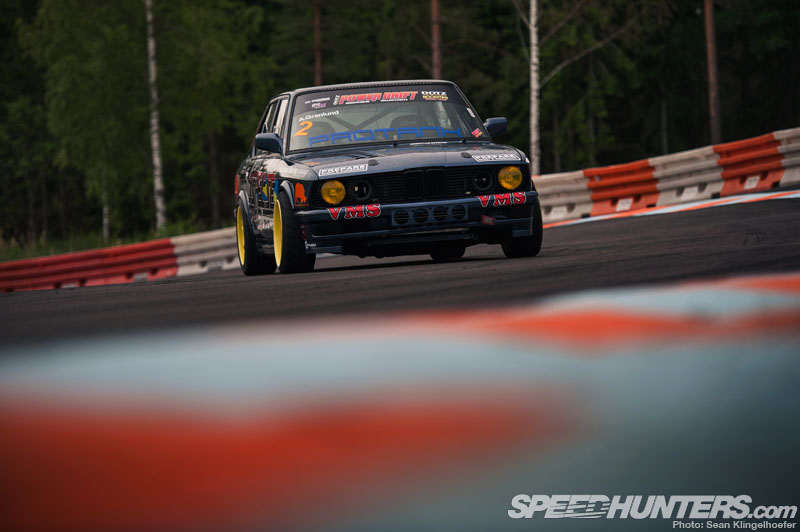 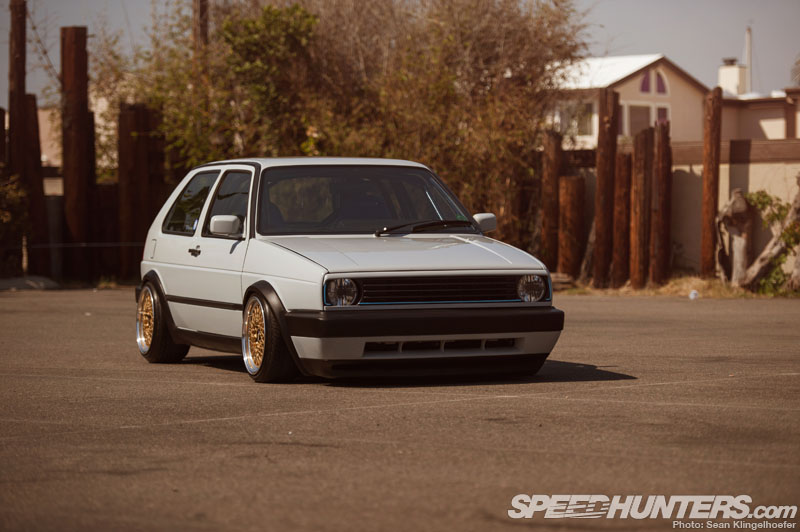 Not Played Out: A West Coast Vw Done Right

That damned z4 shot looks like something out of a video game - absolutely unreal photo.

Sean's photo of the Z4 GT3 is absolutely incredible. The lighting and the rain create the perfect effect and the team in action really translate the pressure of the situation. Or I'm just talking out of my ass. Whatever, that picture is the best!

I vote for this great picture of Dorikin ! The photo tribute to this legend ! Congratulations !

Flying Supra. Not the best lighting etc, but its one of these pics where you need to be at the right time in the right spot

The Z4 photograph is just the definition of racing: commitment, sacrifice, speed, skill, tolerance.Racing is not champagne, money and exotics, racing is making your way through hell on earth.You are one against the others, against nature and against engineering, and there are so many things that can go wrong at the same time that most of the time we don't take the right attention at what we are looking.But there's not only the driver, and that photo reveals that there is a whole team behind every victory and every loss, sharing tears and joy all together.So congratulations to Sean because no matter how it goes, its picture is the best of the lot.

Larry's mad mike picture for sure!

Hey, I know it was like, last year, but does anyone remember that picture of Miki Taka after the rain?How did that not win photo of the year for 2011?

@Driftfotos - Larry, that's an incredible shot. How did you set up to get it? Static? Moving? Handheld? Triggered?

@Absolution Not gonna lie, having not seen that picture before I just actively sought it out using the search bar. Was worth it.

I went for Sean's photo, 'cause it just looks awesome. Really captures the chaos of the moment

@Jordan_Burgess  @Absolution It got in the first Speedhunters book :>

@FrancescoDiGiuseppe Thank you so much for the kind words

And thanks to everyone who voted for the photo, it means a lot knowing that it's an important shot to many of you - hopefully I can create many more next year!

@Jordan_Burgess  @Absolution Can't argue with that!

@Cochyn I was picking tire bits out of my teeth.

great write up thoroughly enjoyed this. z4 picture is AMAZING.

RX7 takes the cake - amazing timing, great lighting and wonderful overall capture. It's been my laptop desktop since it was first posted here, and I smile every time I "see" it

Mad mikes is amazing, has been my background/screensaver multiple times, love it!

Tsuchiya takes the cake for me. All of the nominees are equally amazing, that goes without saying. The picture of Tsuchiya stands out for me because of the symbolism, and the coming together of new and old. Though I could just be giving too much meaning to the shot as I often do, it speaks to me. Paddy, such great heads up work. This is what it's all about! Congrats to all whose pictures made it to the top!

We all know that Larry Chen controls every camera in the world.

as sick as the other pictures are... seans picture of that Z4 is incredible, captures the moment perfectly!
slicks come...wets go on

@Factory83 With my mind.

@STIsaac Awesome, thanks for the support!

No BS, no arguing on what sentiments to judge upon... this is the fail-safe GUT-FEELING when watching the pics:

1. Sean x Vita4One Z4 (in a class of its own, however you try and compare it to the others. Congrats Sean!)
- - - -
2. Paddy x DriftKing (Hit it up with some B&W or color filters and we got ourselves a legend. Is this the next T-shirt from SH?)
3. Mike x Salt flats rustbucket (Hard to ask for a better object and location match)
4. Flying Supra (Lucky shot... but a damn good one)
5. Larry x Mike in action (Please dont unfriend me Larry, I know the work around this typical pic but... I still get a GoPro screenshot feeling. Flame on, its still my #5 of this bunch.)

Cheers and thanks for another year of good reads/views SH!

@Larry Chen  @Olaf16 Ha, though I only put that shot into the mix as a wildcard... But as the criteria for this weren't specifically about quality, I'll take it as a positive that this shot was picked!

@Jonathan Moore  @Olaf16 It's a jumping Supra, of course it was picked

Really Really Tough voting. Thanks due to all the photographers for such a stunning portfolio of work over the past 12 months. Keep Up the fabulous work in 2013 guys.

BTW on a photojournalist website how come it has taken so long for this award to get on the roster?

Sean Klingelhoefer's photo is amazing! Lighting and timing are perfect!

Will the winner be avaliable as a poster?

@MickeSuperiorimports Thanks again for your vote! It's really great to hear the image strikes a chord with people, even if it doesn't win the popularity contest, I'm glad it's making you guys feel something!

@MickeSuperiorimports Thank you so much for the kind words and your vote! It's really great to hear the image strikes a chord with people, even if it doesn't win the popularity contest. I'm glad it seems to be making a strong connection for some of you guys!

Could've gone to either MadMike's or the Z4 for me. I chose the Z4, looks like painting that, awesome!