Variety is the spice of life, and it is much the same when it comes to cars. So you can imagine what a sight it was to see such a wide mix of rides shooting down the drag strip at the Motor Head magazine Zero-Yon even at the Fukushima Sky Park airstrip. Like we saw earlier in the week in the first part of the coverage…

…there were quite a few unexpected cars participating, like the LS7-powered Porsche 930 from Supermachine which was laying down some solid runs all day, that rear-mounted V8 not only churning out the most un-Porsche-like sound but allowing the car to squat down and use all the grip of those massive rear tires.

Today Motor Head 04 hits the stands with the drag feature very much at the center of it all with this awesome cover perfectly representing what the event was all about. I can’t wait to pick up a copy!

Just as expected the Top Secret GT-R was one of the fastest cars at the event with consistent 10-second passes being put down.

It’s taken a few years of development and lots of testing to get the engine bays of R35s to look a little more attractive. With the V6 configuration hiding all the interesting bits, i.e. the blowers, there was really nothing exciting to see when you popped the hood of a new-gen GT-R. Smoky however has fitted some nice upgrades to this silver demo car including his very own intake plenum along with Trust piping. The aluminum radiator overflow tank is a nice addition too, far better than the cheap looking plastic stock item.

Curiously enough Ooi-san wasn’t using the launch function but rather just flooring the car and letting it roll out, probably to spare the transmission from spitting out teeth from the first-gear cog! Car seemed to be running very rich too, but that’s always been a Top Secret trait.

The Fast Five C2 along with the Plymouth Belvedere looked like they really belonged on the strip. They might have not been particularly fast but there is something so right about the raucous sound of a large capacity V8 disappearing off into the distance.

Motor Head wasn’t doing things by halves when it came to the timing side of things. A full RaceAmerica timing system was laid out…

…and printing out timesheets automatically as cars continued to power down the quarter mile.

Any Benz with a “63” on it is a hot rod, and this SL proved just that with a few 12-second passes. Just stop on the gas and you can replicate that sort of time all day long.

…gently balancing the wheel spin in the first two gears to get the car in to the 11-sec bracket.

The guys from Rip Just Balance did some aerodynamic work to the ZR1’s exterior to boost performance around the track but I don’t think those canards and trunk spoiler are too suited for drag racing.

The Aventador with its efficient launch control and immense grip off the line managed some high 10-sec passes, and with 700 HP you wouldn’t really expect anything less!

The Plymouth Belvedere was the only car doing proper burnouts before each run, and the driver…

…seen here sporting very period correct drag-racing attire, wasn’t too shy about letting the tires cook for a while before releasing the brakes.

Certainly looked the part down the strip, that’s for sure!

Of course station wagons weren’t forgotten, this Carlsson E55 proving that family cars don’t necessarily have to be slow.

Car Graphic’s magazine project California, which aside form a few obvious aesthetic mods was pretty much stock, was showing everyone how damn good Italian V8s sound!

More V8 power from the APR Audi S5 that thanks to a supercharger was impressively fast!

Ooi-san was jumping in and out of cars all day but at times he had to stop and give his impressions that would then be integrated into the final magazine feature.

…where cars would be paired up for some proper one-on-one drag racing. The GT3 RS 3.8  can be seen here going down the strip against the DKP VW Beetle, the two chosen for their obvious similarities and history.

The fastest times on the day were put down by this Class-4 pro drag racing Suzuki Hayabusa which if you saw Luke Huxham’s video of the event packs speed on at a barely believable rate!

It was almost comical how slow it made the 700 HP Aventador look!

The big Lambo put up a good fight with that glorious sounding V12 screaming away under full revs. A superb way to end the final battle of the day.

When everything was wrapped up and all the timing gear removed from the runway I was thrown the keys to the Aventador so I could immortalize its beautiful lines against the equally stunning backdrop. It’s not every day you have an empty runway and a brand new supercar to play with! Oh and I just had to get a few final snaps of my R34 next to the Aventador! Great day, great cars, great location. What else could you possibly want!

A Day at the Drags: Motor Head Zero Yon 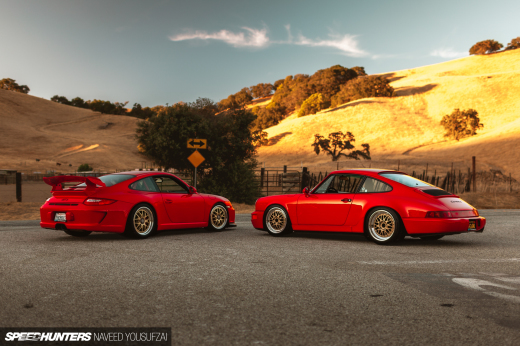 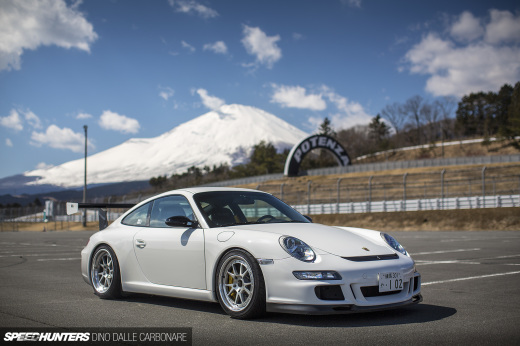 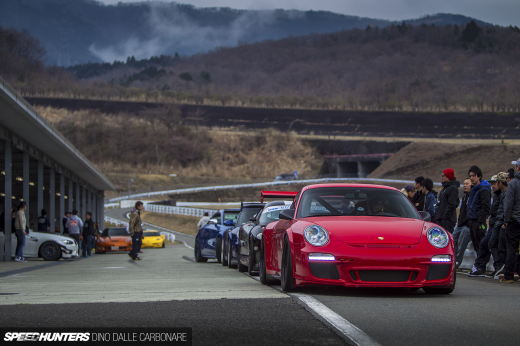 Track & Show: The Best Of Both Worlds

Thanks for the coverage Dino! And the new wallpaper!

You were thrown the keys to the Aventador? Where can I sign up for your job? :p

Great Dino, great! I think we need more of this and hope you make one more post of this coverage, and more Plymouth wallpapers, especially the last one from first post. Also wallpaper of gt3rs duelling with beetle would be epic!

Awesome. Did you drag down your GTR too? And I expect there is a feature on the Aventador?

You can expect features next.  And better still I head Motor Head are considering more events like these!

@speedhunters_dino Big thanks for your always top notch work and for such a good news!

@speedhunters_dino Big thanks for your always top notch work and for such a good news!

can we get a wallpaper of the ls7 porsche launching?

can we get a wallpaper of the ls7 porsche launching?

How can I get a copy of this magazine shipped to me in the US?

@Tonus Just go to this link and put your order in:

Be careful as there are tons other cool mags available by the same publisher!

The Lambo is one fast stock car, going to be insane when they start coming out with the force induction versions.

What Cubic Inch is that Hemi in the Plymouth? Is it the 440 big block?

@KAG Haven't Underground Racing already done that? 1200 HP or something

I wouldn't doubt it, they did the other Lambols, oh wow 1200 hp insane  http://www.undergroundracing.com/vehicles/lamborghini-aventador-tt.html @speedhunters_dino

The side-on shot of the Aventador shows off its lines beautifully. I like the photo of the Hayabusa burnout too.

Love that final shot Dino, but I would still take an R34 any day!!

@neurite Yes those were epic!

As usual Dino, great write up and awesome pics. You're continuing to prove why you're my favorite member of the Speedhunters crew.
Also, the R34 bodystyle never ceases to amaze me. While its lines are unquestionably Japanese, it always looks right at home with modern supercars and exotics, despite its much higher stance and blockier design. Maybe "right at home" isn't the correct phrase; it looks like it belongs with that kind of company, but at the same time something doesn't look right, you know?

That is one hell of an event! Thanks for the coverage and for the wallpapers...

That is one hell of an event! Thanks for the coverage and for the wallpapers...